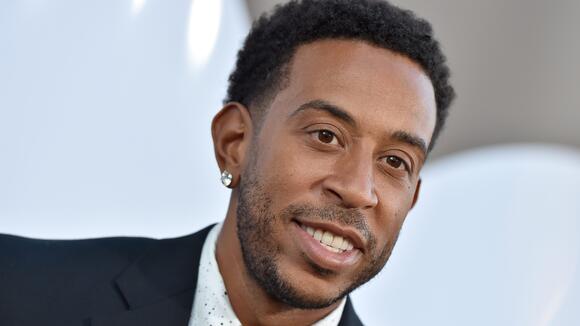 Ludacris has officially stepped into the world of animation as a creator, producer, and voice talent. His upcoming series Karma’s World on Netflix was inspired by his own daughter and uses music to relay positive messages and lessons for young audiences.

“I’m so proud of Karma’s World, which was inspired by my oldest daughter Karma. It’s about a girl who wants to bring positivity to the world through her music, and each episode draws on real-life situations faced by kids today,” said Ludacris in a press statement. He is also the executive producer of the series.

“We see Karma use her voice to help her family, friends, and community, demonstrating the power young people have to create change. I truly believe that every single person on this earth has the power to change the world for the better – just like Karma! It is important to me that kids and families around the world will identify with Karma’s World, and my goal for the show is to help spread positivity, inspire self-confidence in our children, and bring the world together through music.

The cast shared a fun rap to introduce Karma and their own characters. According to Billboard , the musical cartoon will also have an official soundtrack.

The series serves up sophisticated beats, impressive rhymes, and straight-up catchy choruses all the while addressing important topics and themes in each episode,” Ludacris said in a statement. “The music on Karma’s World is not just for kids, I know for a fact that whole families will be singing and rhyming along.”

The official synopsis reads as follows:

“Karma’s World follows Karma Grant, an aspiring musical artist and rapper with big talent and an even bigger heart. Smart, resilient, and deeply empathetic, Karma pours her soul into songwriting, channeling her feelings into whip-smart rhymes with passion, courage and her signature brand of humor. In this series, Karma is only beginning to grasp the incredible emotional power that words and music can have. She doesn’t just want to share her music with the world…she wants to change the world with it!”

The 15-episode series debuts on Netflix on Wednesday, October 15th. Watch the trailer for Karma’s World created by Ludacris below and check out the theme song above:

Ludacris is using his financial resources for good. The rapper has donated $10,000 to Jay’Aina “Jay Jay” Patton and her father Antoine, the creators of Photo Patch, an app designed to keep incarcerated parents in touch with their children. The multi-hyphenate surprised the Pattons during their appearance on The Ellen Show on Wednesday (Oct. 13). He shared his admiration for their purpose-driven endeavor before bestowing them with a check, much to the father-and-daughter duo’s delight. “I love what you guys are doing,” Luda acknowledged. “[I] absolutely love what you’re doing. I have family members that are incarcerated and all they ever ask...
ADVOCACY・10 DAYS AGO
Vibe

Dave Chappelle Backed By Netflix Amid Controversy Over Latest Special

Dave Chappelle received support from Netflix’s co-CEO Ted Sarandos after the comedian was accused of transphobia following his latest special The Closer. Variety reported the executive sent a memo to Netflix staff on Oct. 8, defending Chappelle as the controversy spurs on. “Chappelle is one of the most popular stand-up comedians today, and we have a long-standing deal with him,” said Sarandos. “His last special ‘Sticks & Stones’ also controversial, is our most-watched, stickiest, and most award-winning stand-up special to date.” The executive continued, “As with our other talent, we work hard to support their creative freedom—even though this means there will...
TV & VIDEOS・13 DAYS AGO
Vibe

“You can’t please everybody, and I don’t want to please everybody,” Issa Rae revealed in the October 2021 cover story for Mic. This sentiment may have been in response to her personal life, but can easily correlate to her professional life as well. Just weeks before the fifth and final season of her hit show Insecure airs, the multi-hyphenate mogul revealed that she refused to center the series around white people despite the idea of “needing” a white character being placed in her head. “From the jump in creating the show, it was put in my mind that you had to have...
TV & VIDEOS・14 DAYS AGO
Primetimer

All 26 episodes of original space western action-adventure will be available on Netflix starting Oct. 21, a month before the live-action version's premiere on Nov. 19.
COMICS・13 DAYS AGO

Loper Report: Needle in a Timestack, Censor, and Karma’s World

Riot Games and Secret Cinema have teamed-up to produce an "immersive experience" for fans of Riot's popular MOBA game, League of Legends in Los Angeles this November. On November 21, Secret Cinema will be hosting a "real-life narrative experience" themed to the highly-anticipated anime series Arcane, which premieres Nov. 6 on Netflix.
LOS ANGELES, CA・12 DAYS AGO
hypebeast.com

Netflix has released the first trailer for Colin in Black and White, an upcoming six-part series that will delve into Colin Kaepernick‘s childhood. The visual introduces the former NFL player as the narrator, while a younger version of himself, played by Jaden Michael, dreams about becoming a quarterback. In the face of racism and bigotry, Kaepernick learns that he must embrace his identity as a Black man in order to achieve his goals.
NFL・13 DAYS AGO
Collider

Netflix has debuted the trailer for Robin Robin, a holiday short from British stop-motion specialists Aardman Animations. Directed by Dan Ojari and Mikey Please, Robin Robin is about a robin raised by a family of mice. But when Robin realizes that she isn't a mouse like she thought she was, she sets off “on the heist to end all heists” to prove who she really is.
TV & VIDEOS・14 DAYS AGO

Washington [US], October 15 (ANI): Popular streaming giant Netflix, on Thursday, released the first trailer for Oscar-winning actor Halle Berry's directorial debut 'Bruised', which will hit the streamer this November. Berry has directed and is starring in the sports drama about an MMA fighter (Jackie Justice) who reclaims her power,...
TV & VIDEOS・10 DAYS AGO
Variety

Michael Gandolfini and Zack Schor have joined the cast of “The Offer” at Paramount Plus, which tells the story of the making of “The Godfather.” “The Offer” is a 10-episode series based on the experience of Oscar-winning producer Albert S. Ruddy (Miles Teller), detailing the behind-the-scenes events of the original 1972 film. Along with Teller, the series will star Matthew Goode as producer Robert Evans, Giovanni Ribisi as Joe Colombo, Colin Hanks as Barry Lapidus, and Dan Fogler as Francis Ford Coppola. Juno Temple also joined the cast as Bettye McCartt, Ruddy’s assistant. Gandolfini will play Andy Calhoun, an unexpectedly savvy businessman on...
MOVIES・4 DAYS AGO
ComicBook

Netflix Releases Teaser Trailer for Back to the Outback Animated Movie

Netflix has been delivering quite a few great animated movies as of late, with films like The Mitchells vs. the Machines and Vivo earning both critical praise and solid viewership in their debuts earlier this year. The streamer hopes to continue that success with Back to the Outback, a new animated feature about a group of deadly creatures in Australia, escaping from the zoo and getting back to where nature intended them to be.
TV & VIDEOS・11 DAYS AGO
Parents Magazine

Award winning rapper, actor, composer, and philanthropist, Chris "Ludacris" Bridges is adding a new title to his resume: animated movie creator. On October 15, his latest project, Karma's World, debuts on Netflix. It's a coming-of-age musical series, following an ambitious 10-year-old, Karma Grant, an aspiring musical artist and rapper with big talent and even a bigger heart.
TV & VIDEOS・10 DAYS AGO

Fans have been dreaming up celebrity casts for a film adaptation of The Sandman for decades, and this weekend at DC FanDome, Netflix revealed the latest look at its official cast for the upcoming The Sandman Netflix series: Gwendoline Christie as Lucifer, the uncanny Lord of all Hell. A first look of Tom Sturridge as the main character, Dream, was released previously at Netflix’s own Tudum event.
TV & VIDEOS・9 DAYS AGO
theplaylist.net

It seems as adult animated comedy series are more popular now than ever before thanks to streaming services giving creators the freedom to do something unique. Look at “Tuca and Bertie,” “Solar Opposites,” “Disenchantment,” and others as examples. And Amazon seems to be doing that with the upcoming “Fairfax.”. As...
TV SERIES・13 DAYS AGO
Collider

Harriet the Spy will be making her way back into the mainstream beginning Friday, November 19 on Apple TV+, and we’ve got the trailer to give us a first look into the animated adaptation of this beloved children’s novel. Produced by The Jim Henson Company, we know we are in for a treat. The animated series will star Beanie Feldstein (Booksmart) as Harriet, the rebellious and enthusiastic 11-year-old up-and-coming writer, and Emmy Award winner Jane Lynch (Glee) as Ole Golly, Harriet’s no-nonsense nanny. The first five episodes of the series will debut on November 19, with five more to follow at a currently unannounced date in spring 2022.
TV SERIES・12 DAYS AGO
GeekTyrant

During WB’s big DC FanDome event, the first trailer for Young Justice: Phantoms was revealed. This is the fourth season of the DC animated series and it was also announced that the first two episodes are now streaming on HBO Max, so you can jump right in and start watching now if you want!
TV SERIES・9 DAYS AGO

Keke Palmer is ready to add “author” to her resume. The multitalented star is set to debut a collection of five fictional essays through Amazon Original Stories. Set to be published and available for audiences on November 9th, 2021, the series, titled Southern Belle Insults, was written by Palmer with support from the talented New York Times bestselling author Jasmine Guillory The written works will be available in digital formats and free for Prime and Kindle Unlimited customers as an eBook and audio collection for Kindle and Audible. Additionally, Southern Belle Insults will be available for purchase for non-subscribers. The audio version...
BOOKS & LITERATURE・6 DAYS AGO
Vibe

Tensions continue to rise between Netflix and its transgender employees after Dave Chappelle’s newest comedy special The Closer, received pushback for controversial commentary. An employee walkout on Wednesday (Oct. 20) was set up to protest the company for supporting Chappelle who is accused of being transphobic and homophobic in the standup routine. According to Variety, the walkout received support from stars including Angelica Ross, Jonathan Van Ness, and others. The in-person rally took place at Netflix’s Vine Street office in Hollywood. It was originally planned for Netflix’s Epic Building location however due to the overwhelming response, organizers decided to move the protest...
TV & VIDEOS・4 DAYS AGO
Bleacher Report