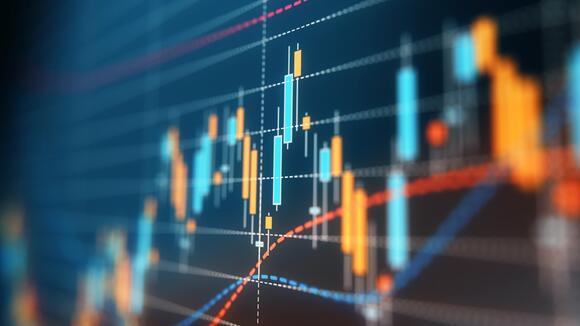 The futures were higher across the board Thursday, after a strong risk-off rally Wednesday that saw all of the major indexes close near 1% or higher. Monday's large sell-off moved the S&P 500 below the 50-day moving average and printed the first 5% drop in a year. It appears the buy-the-dip crowd felt emboldened to jump in Wednesday after watching the market hold its ground this week. Many felt that the buying was in part a result of Chinese real estate giant Evergrande revealing that an interest payment due had been resolved through negotiations with the clearing house. In addition, press reports highlighted chatter that the company secured a deal with bondholders to postpone interest payments to avoid default.

While the consumer price index and retail sales last week tempered some of the inflation and growth worries, mounting stagflation concerns continued to pick up amid the ongoing supply chain and input pressures, and recovery headwinds from spread of Delta variant. Many across Wall Street though that the Federal Reserve talking heads would offer very tangible tapering hints at this week's meeting, and strategists also expected monetary policy to remain extremely accommodative. Fed Chair Powell noted Wednesday that the quantitative bond buying could be wrapped up by this time next year.

These are the top analyst upgrades, downgrades and initiations seen on Thursday, September 23, 2021.

Amgen Inc. ( NASDAQ: AMGN ): Daiwa Securities downgraded shares of the biotech leader to Neutral from Outperform and has a $220 price objective The consensus target is up at $250. The stock was last seen on Wednesday trading at $213.64 a share.

AvalonBay Communities Inc. ( NYSE: AVB ): Goldman Sachs resumed coverage of the apartment REIT giant with a Buy rating and a $257 price target. The consensus target is $237.86. The stock closed on Wednesday at $223.48.

Biogen Inc. ( NASDAQ: BIIB ): Needham started coverage of the biotech giant with a Buy rating and a $400 price target. The consensus price objective is up at $417. The final trade for Wednesday hit the tape at $288.32.
ALSO READ: Oil Is Back Over $70 and 4 Stocks That Pay Massive Dividends Are Cheap
Bloom Energy Corp. ( NYSE: BE ): Piper Sandler started coverage with a Neutral rating and a $21 price target. The consensus price target is $31.54. The last trade for Wednesday came in at $19.28, a gain of almost 4% for the day.

Commscope Holding Co. Inc. ( NASDAQ: COMM ): BofA Securities downgraded the stock to Neutral from Buy and has a $15 price target. The consensus target is up at $21.59. The stock closed at $13.77 on Wednesday.

Cutera Inc. (NASDAQ: CUTR): Zacks has selected this as its Bull of the Day stock. The analyst points out that this maker of lasers is posting some impressive growth and earnings numbers. Shares last closed at $48.38, and the consensus price target is $64.25.

Dada Nexus Ltd. (NASDAQ: DADA): Morgan Stanley raised its Equal Weight rating to Overweight but dropped the $35 price target to $31.60. The consensus target is $39.88. The stock closed on Wednesday at $20.50 per share.

Jazz Pharmaceutical PLC ( NASDAQ: JAZZ ): Needham started coverage with a Buy rating, and it has a $220 price target. That compares with the consensus target of $207.82 and Wednesday's closing price of $129.55 a share.
ALSO READ: What’s Up With Apple: No Fortnite Anytime Soon, Sticking It to Facebook, and More
Kimco Realty Corp. ( NYSE: KIM ): Wolfe Research started coverage with a Peer Perform rating and a $24 price target. The consensus target is $24.36. The shares closed om Wednesday at $21.84.

Liberty Global PLC (NASDAQ: LBYTA): Jefferies upgraded the communication services giant to Buy from Hold and lifted the price target to $36.40 from $28.30. The consensus target is $38.08. The stock closed Wednesday at $28.49.

Lockheed Martin Corp. ( NYSE: LMT ): Goldman Sachs downgraded the aerospace and defense leader to Neutral from Buy, and it has a $402 price target. The consensus target is up at $429.47. Wednesday’s final trade was reported at $341.73 a share.

NetEase Inc. ( NASDAQ: NTES ): Despite beating the number in three of the last four quarters, estimates are falling for this stock, says Zacks, which has named the Chinese internet company as the Bear of the Day. Shares closed most recently at $81.33 apiece and so far have a consensus price target of $124.73.

Plug Power Inc. ( NASDAQ: PLUG ): Piper Sandler's upgrade to Buy from Neutral comes with a $33 price target. That compares with a higher $43.06 consensus target and Wednesday's closing print of $26.92, after close to a 4% gain for the day. The stock followed through in premarket trading, tacking on an additional 4.5%.

RBC Bearings Inc. (NASDAQ: ROLL): Truist Securities upgraded it to Buy from Hold and also boosted the target price to $250 from $220. That compares with the higher $260 consensus. Wednesday's closing trade was $199.57, which was up almost 6% after the company completed a successful follow-on stock offering Wednesday.

Roku Inc. ( NASDAQ: ROKU ): Guggenheim raised the stock to Buy from Neutral and has a $395 target price. The posted consensus target is much higher at $470.67. The final Wednesday trade was reported at $324.77. The stock was 3% higher in premarket trading.

Timken Co. ( NYSE: TKR ): Loop Capital started coverage with a Hold rating and a $72 price target. The consensus target is up at $91.38. The shares were last seen on Wednesday trading at $66.61.

Vipshop Holdings Ltd. ( NASDAQ: VIPS ): JPMorgan downgraded the shares to Neutral from Overweight and cut the price target to $11 from $22. The consensus target is $22.83. The stock popped almost 4% on Wednesday to close at $12.73. Shares dropped back almost 2% in premarket trading.

Four dividend-paying energy stocks are cheap, have some serious upside potential and are rated Buy at major Wall Street firms. They make good sense for growth and income investors looking to add positions in the sector but who want to be cautious in what has turned into a very volatile market.

These five incredible blue chip leaders have raised the dividends they pay to shareholders for almost 60 years. The stocks look like great ideas now for worried investors looking for some growth and dependable income.
STOCKS・20 HOURS AGO
The Motley Fool

Discover Financial has recovered impressively from its pandemic lows, but still trades at a single-digit earnings multiple. A post-earnings sell-off seems overdone, opening up a compelling entry point for investors. Shares of Discover Financial Services (NYSE:DFS) sold off after the company's recent earnings report, but it's confusing as to why....
MARKETS・18 HOURS AGO
Street.Com

U.S. equity futures extended gains Tuesday as earnings continue to power market performance in the face of surging energy prices and inflation prospects. Here are some of the top movers ahead of the opening bell on Tuesday. 1. United Parcel Service UPS | Up 4.3%. Shares of United Parcel Service...
STOCKS・18 HOURS AGO

Even with the stock market near an all-time high, long-term investors can still find deals. On Thursday, Oct. 21, the widely followed S&P 500 did what it's done more than four dozen times this year: It hit a new all-time closing high. Since bottoming out during the initial wave of the coronavirus pandemic in March 2020, the S&P 500 has more than doubled in value.
STOCKS・1 DAY AGO
investing.com

Shares of defense industry giant Lockheed Martin (NYSE:LMT) tanked Tuesday morning, trading down by 12.1% as of 12:32 p.m. EDT even though the company reported a sizable earnings beat. It wasn't the bottom line that investors cared about, you see. It was the revenues. So what. Lockheed Martin's earnings plunged...
STOCKS・14 HOURS AGO
NBC Dallas-Fort Worth

Check out the companies making headlines in midday trading. Lockheed Martin — Shares of the defense contractor tumbled 11.8% after it reported a quarterly revenue miss and lowered its expectations for next year. Lockheed anticipates a "slight reduction in revenue in 2022 and roughly flat to low-single-digit growth rates in both revenue and segment operating profit over the next few years, with increasing growth opportunities in the years that follow."
STOCKS・14 HOURS AGO

Here's a look at four companies set to report results before markets open on Thursday. Included are a Dow stock and a major supplier of hydrogen.
FINANCIAL REPORTS・14 HOURS AGO
Forbes

Plug Power, a company that sells hydrogen fuel cell systems, saw its stock rise by a solid 18% over the last month (about 21 trading days), considerably outperforming the broader S&P 500 which rose about 2% over the same period. There have been multiple developments that have driven the stock. Plug Power recently updated its long-term guidance, noting that its revenues could grow by about 65% next year to between $825 million and $850 million while forecasting sales of $3 billion by 2025. Moreover, the company also saw two notable deals that could help deploy its hydrogen technology beyond its current material handling and power backup end markets into other highly polluting industries. The first deal, with Airbus, will see the two companies study how to bring green hydrogen to the aviation industry, with Airbus focusing on hydrogen aircraft and Plug Power designing hydrogen infrastructure for airports. Plug Power is also partnering with refinery major Phillips 66.
STOCKS・18 HOURS AGO
24/7 Wall St.

Two relatively under-the-radar stocks put on a real fireworks show Monday. And so did an automaker that reached a valuation of $1 trillion.
STOCKS・18 HOURS AGO
Benzinga

According to Wedbush, the prior rating for Regions Financial Corp (NYSE:RF) was changed from Neutral to Outperform. Regions Financial earned $0.66 in the third quarter, compared to $0.52 in the year-ago quarter. The stock has a 52-week-high of $24.36 and a 52-week-low of $12.52. At the end of the last trading period, Regions Financial closed at $24.09.
STOCKS・1 DAY AGO

The Dow Jones Industrial Average and the S&P 500 index finished at records on Monday, ahead of a deluge of third-quarter earnings results due this week, including from Facebook Inc. after the session's closing bell. The Dow advanced about 64 points, or 0.2%, to close at a record 35,741.15, eclipsing its record finish on Friday and setting a new all-time trading high along the way. The S&P 500 added about 0.5% on Monday to end at a record 4,566.48, after setting its own intraday record high. The technology-heavy Nasdaq Composite Index outperformed, gaining 0.9%, but ended shy of record territory. The bullish mood on Wall Street comes ahead of more than 150 S&P 500 companies, or nearly a third of the broad-market index, this week reporting quarterly results. Investors also widely expect the Federal Reserve to start to lay out its plans soon for reducing its $120 billion of monthly emergency purchases of Treasury and mortgage-backed securities as the U.S. economy heals, but without tightening monetary policy by too much down the road.
STOCKS・1 DAY AGO
MarketWatch

Shares of Micron Technology Inc. are up 1.9% in Monday trading after analysts suggested that recent disruptions to production could help pricing for the memory industry.
STOCKS・1 DAY AGO
MarketWatch

Here are five companies scheduled to report quarterly earnings after markets close Monday or before they open on Tuesday.
MARKETS・4 DAYS AGO
24/7 Wall St.