By Ida Harris
MadameNoire
23 days ago 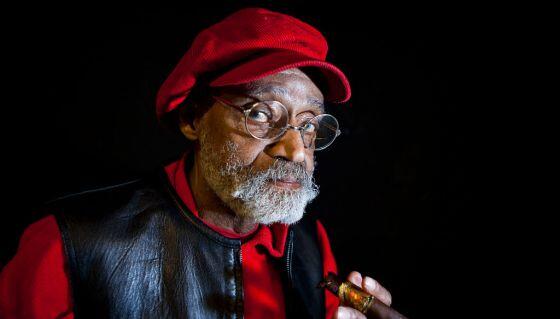 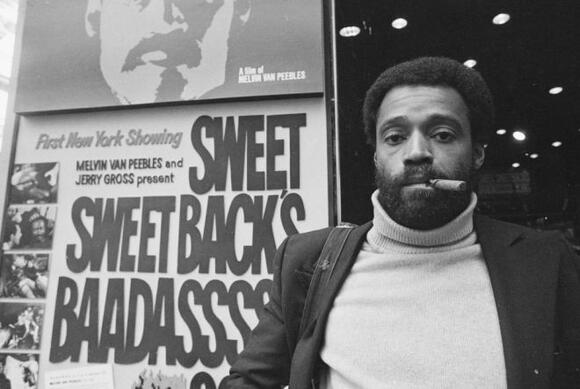 Writer, filmmaker and director Melvin Van Peebles became an ancestor at 89-years-old, Variety reported. He was a national treasure. Van Peebles was integral to bringing the grit and grime of Black life to the big screen. While many have dubbed his work and genre Blaxploitation , it is incorrectly defined. Peebles didn’t merely place Black life at the center of his storytelling as a means to air out our dirty laundry or make us spectacles for the white gaze.

He handled Black narratives with care and showed us to ourselves in ways that Hollywood refused. Seminal films like Sweet Sweetback’s Baadasssss Song and Watermelon Man were odes to unapologetic Blackness and should be categorized as such. Black Hollywood is the house that Peebles built. He owned a brilliance that won’t be easily forgotten nor matched.

Here’s how directors, filmmakers, creatives and fans alike are paying homage to the “ Godfather of Black Cinema ,” and sharing the impact he’s had on their lives:

Whitney Houston's upcoming biopic just found its leading man. The film is the first to be authorized by Houston's family and estate. Moonlight star Ashton Sanders has been chosen to play Houston's husband of 14 years, R&B bad boy Bobby Brown. Sources also reveal to Deadline that Black Label Media is co-financing the film with Compelling Pictures and Primary Wave Music. As for who will play Houston's herself, British actress Naomi Ackie is the star.
MOVIES・23 DAYS AGO
Marietta Daily Journal

Of the many joys in “Melvin Van Peebles: Essential Films,” the Criterion Collection’s eerily prescient new DVD box set reassessment of the Chicago Renaissance man — a veritable film-school semester on the Godfather of Black Cinema, who died last month at 89 — the joy you’re not expecting is the gaze of the man himself. “Self-possessed” doesn’t capture it. “Wary” can’t get across how Van Peebles appeared to move through the world. His thousand-yard stares contained thousand-yard stares. He presented himself, at a glance, as intimidating, slightly exhausted, perhaps confrontational. As Columbia University associate professor Racquel J. Gates writes in the book that comes with the box set, when they met in 2013 for an interview, he warned her: “I’m an (expletive) today,” then waited beside his apartment door “giving me the impression of someone standing guard,” she writes. He added: “You’re probably scared of me now.”
MOVIES・14 DAYS AGO
South Florida Times

New York (AP) – Melvin Van Peebles, the groundbreaking ﬁlmmaker, playwright and musician of the 1970s who influenced ﬁlmmakers long after, has died. He was 89. In statement, his family said that Van Peebles, father of the actor-director Mario Van Peebles, died Tuesday evening at his home in Manhattan. “Dad...
NEW YORK CITY, NY・11 DAYS AGO
filmmakermagazine.com

Gina Prince-Bythewood, Love and Basketball, Masquerade, Melvin Van Peebles. When screenwriter, director, producer, actor, novelist, stock options trader, playwright, musician, newspaper columnist and gallery artist Melvin Van Peebles died last week at the age of 89, he left behind one of the most varied and entertaining bodies of work in all of American (and French, thanks to his Parisian detour in the 1960s) arts and letters. He’s best known for his revolutionary 1971 feature Sweet Sweetback’s Baadasssss Song, but that classic—important as it is as a point of reference and inspiration for generations of independent filmmakers—only scratches the surface of Van Peebles’s genius and audacity. Thankfully, the Criterion Collection has released an outstanding primer on Van Peebles’ career, the Melvin Van Peebles: Essential Films Blu-ray collection. The boxed set contains Sweetback, of course, but also Van Peebles’s exquisite and influential 1967 debut The Story of a Three Day Pass, the fearless 1970 satire Watermelon Man (the director’s one foray into big Hollywood studio filmmaking), and the 1972 musical Don’t Play Us Cheap. There are also many richly informative and illuminating interviews with Van Peebles, his collaborators, and scholars, as well as vintage news coverage of his releases and Joe Angio’s terrific 2005 documentary How to Eat Your Watermelon in White Company (and Enjoy It). The best bonus of all is the Blu-ray debut of Melvin’s son Mario’s spectacularly entertaining 2003 film Baadasssss!, a hilarious and moving account of the making of Sweetback in which Mario plays his dad; it’s not only an excellent biopic, but one of the best movies about the exhilaration and heartbreak of independent filmmaking that I’ve ever seen. Taken together, all these films and extras present Melvin Van Peebles as a totally unique artist whose mode of expression wasn’t film, music, writing or performance art but all of the above; his entire life, taken in its totality and including both his work and personal dramas, was one 89-years-in-the-making masterpiece.
MOVIES・14 DAYS AGO

There's a huge list of movies out there that are a staple in any Black household. "Boyz n the Hood," "Coffy," "The Last Dragon," the list goes on. Behind all of them is a legacy started by the late Melvin Van Peebles, a name not too many might know. While...
BLACK TOWNSHIP, IN・10 DAYS AGO
criterion.com

In spite of Melvin Van Peebles’s well-earned reputation for being a provocateur and a disrupter, he was also known for his kindness and generosity toward others. Over the course of working on the Essential Films box set, I observed two recurring themes when people talked about Van Peebles: (1) his accessibility (his number was listed in the White Pages), and (2) his willingness to offer guidance and support to those who needed it.
MOVIES・2 DAYS AGO
thenewjournalandguide.com

Melvin Van Peebles, praised as the godfather of modern Black cinema and a trailblazer in American independent movies, died last month at his home in Manhattan. He was 89. His son, the actor, Mario Van Peebles, announced his death. Van Peebles was multi-talented to the extreme. In addition to writing...
CELEBRITIES・8 DAYS AGO
wpr.org

In an age when Hollywood's studio system placed severe limits on who controlled what happened on and off camera, two Black filmmakers — Gordon Parks and Melvin Van Peebles — broke down the creative and racial barriers and begat a new vision of filmmaking's future. Their seminal movies of the 1970s made them founding fathers of the independent film movement.
MOVIES・22 HOURS AGO

After spending more than a decade teasing out a story of real-life Black cowboys, Jeymes Samuel was finally on location in Santa Fe, N.M., gearing up to shoot his feature directorial debut, the high-octane Western “The Harder They Fall.” His dream project was about to become a reality. To help him realize his vision, he’d assembled an all-star cast headlined by Idris Elba, Jonathan Majors and Regina King, fresh off her supporting actress Oscar win for “If Beale Street Could Talk.” Netflix had put up $90 million to fund Samuel’s radical reimagining of what he calls the New West, an epic...
MOVIES・2 DAYS AGO
respect-mag.com

Dreams do come true! The icon herself, Angela Bassett, revealed her new wax figure featured at Madame Tussauds Hollywood, capping off an incredible week of other celebrity figure reveals featuring powerhouse female artists Jennifer Hudson and Tiffany Haddish. Bassett is honored to showcase her very first figure to the public at the world’s greatest wax museum.
CELEBRITIES・28 DAYS AGO
Variety

Jay-Z and Beyoncé Turn Heads at ‘The Harder They Fall’ LA Premiere with Jonathan Majors, Regina King and Jeymes Samuel

Variety cover star Jeymes Samuel could not have been more ready for his big moment. The writer, director, producer and composer was suited and booted as he stepped onto the bright blue carpet for the Los Angeles launch of his wild Western “The Harder They Fall” on Wednesday night at the Shrine Auditorium. Since the movie presents a fresh take on the dusty genre, the dress code was super fly. Samuel, stars Jonathan Majors, Regina King and Deon Cole, and the film’s producer Shawn ‘Jay-Z’ Carter went for an “all Black everything” moment, all showing up swagged-out in head to toe...
MOVIES・1 DAY AGO
sdvoice.info

Film director Dave Wooley has known and worked with the legendary Dionne Warwick for two decades, and the only thing about her greatness that surprises him is that major studios haven’t come calling about her new, award-winning documentary, “Dionne Warwick: Don’t Make Me Over.”. “We are looking for a major...
MOVIES・9 DAYS AGO

EL PASO, Texas -- On Tuesday night, ABC news hosted "A Night in the Academy Museum." The special gave fans a look at the amazing history, exhibitions and insight into the art of filmmaking from the past 120 years. ABC-7 sat down with an iconic El Pasoan who has been involved in film and its The post Iconic El Paso film historian looks back at evolution of filmmaking appeared first on KVIA.
EL PASO, TX・3 DAYS AGO
Outsider.com

Lucille Ball’s daughter, Lucie Arnaz, is paying her respects to a beloved cast member that once appeared on “The Lucy Show.”. While Ball was known for her hilarious antics on “I Love Lucy” with Desi Arnaz, she had other ventures after the still-loved sitcom. She starred in “The Lucy Show” from 1962 to 1968 alongside other icons like Gale Gordon and Vivian Vance. Amongst those stars was James (Jimmy) Garrett.
CELEBRITIES・26 DAYS AGO
New York Post

Freddie Combs, a minister and one-time star of music competition show “The X Factor” has passed away. He was 49. Combs’ wife, Kay, told TMZ the singer died last Friday following a slate of health problems. His death was not COVID-19 related but due to kidney failure. Freddie was surrounded by friends and family at a Florida hospital at the time of his death.
CELEBRITIES・29 DAYS AGO
TVGuide.com

Following a year filled with loss, 2021 has been marked by the deaths of multiple iconic actors, artists, sports legends, and other television personalities. These are the stars we've lost this year. 2 of 77 Getty Images. Melvin Van Peebles. Filmmaker Melvin Van Peebles has died at age 89. The...
CELEBRITIES・24 DAYS AGO
meaws.com

Classic Disney star Tommy Kirk has died. Being gay cost him his career.

Disney films Swiss Family Robinson and Old Yeller has died. He was 79 years old.Kirk rose to fame as a pet project of Walt Disney himself, who cast Kirk in the original TV series The Hardy Boys, part of the smash show The Mickey Mouse Club. The popularity of the...
CELEBRITIES・15 DAYS AGO
Fox News

Denise Richards' husband is equally as upset as she is about the recent drama between her and her ex Charlie Sheen, according to a source. On Monday, a judge ruled that after one of their daughters moved in with the "Two and a Half Men" alum, 56, he would no longer be required to pay child support to Richards, 50.
CELEBRITIES・8 DAYS AGO
HollywoodLife

The Oscar winner went makeup-free and opted for casual attire as she stepped out with her youngest child in California on Oct. 12. Halle Berry, 55, was photographed holding hands with look-alike son Maceo-Robert, 8, in Beverly Hills, Calif. on Tuesday, October 12. The X-Men actress stepped out with her youngest child, whom she shares with ex-husband Olivier Martinez, for the casual outing, for which Halle looked like a true natural beauty. I mean, does this woman even age?
BEVERLY HILLS, CA・2 DAYS AGO
Page Six

Hair and makeup artist Marc Pilcher died of COVID-19 on Sunday at the age of 53. He was double vaccinated and had no underlying health conditions, according to his agency Curtis Brown. “It is with the deepest of hearts we confirm that Marc Elliot Pilcher, Academy Award Nominee and Emmy...
PUBLIC HEALTH・11 DAYS AGO