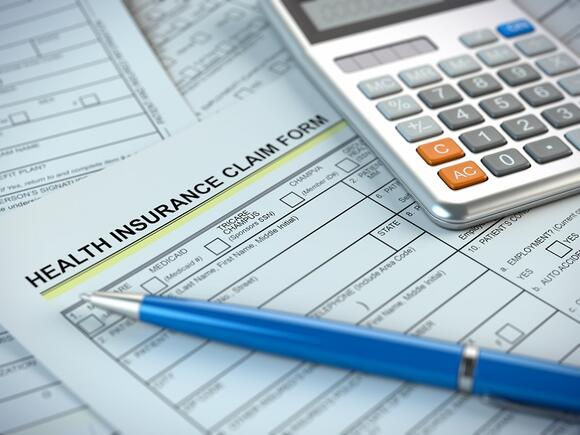 The federal government has been looking into the Medicare Advantage plans and alleges that many had had overpayments.

42% of Medicare recipients are on the Medicare Advantage plan.

Humana has allegedly claimed patients are sicker than they really are, overcharging the program by $200 million.

Anthem has done the same, receiving an extra $3.4 million for saying patients were high-risk, when they were not.

Aetna has disclosed that HHS OIG was targeting their MA plans in a filing with the Securities and Exchange Commission.

Many individuals on average that are part of the Medicare Advantage plan cost the government around $321 more dollars than anyone in a regular Medicare program.

After analyzing the data, HHS OIG discovered that around 12% of insurers had disproportionally higher payments.

in 2017 the 12%, or 20 insurers, generated half of the $9.2 billion for high-risk payments- yet were responsible for less than one third of Medicare Advantage members.

One company that is not being named and had 40% of the total payments, but had only enrolled 22% of Medicare Advantage workers.

After the unnamed company for highest total payments was UnitedHealthcare, followed by Humana, and then Blue Cross Blue Shield.

I remember when Obamacare was being discussed. I though fix the system before we expand it. They didn’t so we have massive fraud.

Will Medicare pay for my dentures?

Most Medicare Advantage plans include some dental coverage. But premiums and coverage limits for dentures and other dental services vary widely, so shop around.
HEALTH・25 DAYS AGO
The Motley Fool

4 Medicare Open Enrollment Mistakes to Avoid at All Costs

Medicare's open enrollment begins in mid-October. It's a great opportunity for existing enrollees to make changes to their coverage. These open enrollment mistakes could end up being very costly. In less than a week, open enrollment will kick off for Medicare participants. To be clear, this period applies to current...
HEALTH・10 DAYS AGO
US News and World Report

U.S. News analyzed insurance companies’ Medicare Advantage plans in each state based on their 2022 CMS star ratings. Medicare-eligible beneficiaries can enroll in a Medicare Advantage plan from a private insurance company. U.S. News provides a tool for Medicare-eligible beneficiaries to find the right Medicare plans for their needs. All plan information and star ratings come directly from the Center for Medicare and Medicaid Services (CMS) at Medicare.gov.
ECONOMY・5 DAYS AGO
The Motley Fool

Seniors can choose between original Medicare and Medicare Advantage for health coverage. Advantage plans offer numerous benefits that original Medicare does not. It's important to choose an Advantage plan wisely for optimal coverage and maximum savings. Medicare's fall open enrollment period has officially begun, and that means millions of seniors...
SOCIAL SECURITY・2 DAYS AGO

Medicare's open-enrollment period is seven weeks long. It's a great time to review your coverage options and make changes for 2022. But most enrollees don't take advantage of open enrollment the way they should. Millions of seniors rely on Medicare for health coverage, but that coverage isn't the same for...
HEALTH・4 DAYS AGO
healthleadersmedia.com

"Medicare consumers overall ... crave stability of benefits and a hassle-free experience that gets them the care and coverage they need at a price they can afford," says one health plan executive. Health plan marketing has begun for the 2022 Medicare Advantage (MA) season, with the annual enrollment period running from October 15–December 7. This compressed time frame is to MA payers what Black Friday is for retailers: the single-largest opportunity to gain customers and revenue. The analogy is apt given the massive opportunity MA represents for private insurers and the programmatic advantages over traditional Medicare that these companies promote and seek to capitalize on.
HEALTH・8 DAYS AGO
MarketRealist

What Will Medicare Cost in 2022? Find Out Exact Cost in November

If you’re wondering what Medicare will cost in 2022, you’ll have to wait until November to get the real picture. Although the CMS (Centers for Medicare & Medicaid Services) announced 2022 premiums for Medicare Advantage (Part C) and prescription drug plans (Part D), the monthly Part B premiums haven’t been disclosed yet.
VERMONT STATE・5 DAYS AGO
Miami Herald

Confused by all the Medicare ads? Here are 5 tips for picking a Medicare plan

The pandemic has made it clearer than ever — maintaining good health is critical, and it all starts with having a health plan that works for you every day, and especially in times of greater need. If you qualify for Medicare, the Medicare Annual Election Period (AEP), which runs from...
HEALTH・7 DAYS AGO

CMS: Medicare Advantage plans with 4 or more stars skyrocket in 2022 compared to 2021

Nearly 70% of Medicare Advantage (MA) plans that offer prescription drug coverage will have a star rating of four or more stars in 2022, a massive increase from 49% of plans in 2021, new federal data show. The data on MA and Part D star ratings, released Friday by the...
HEALTH・11 DAYS AGO
goldrushcam.com

October 9, 2021 - On Friday, the Centers for Medicare & Medicaid Services (CMS) released the 2022 Star Ratings for Medicare Advantage (Medicare Part C) and Medicare Part D prescription drug plans to help people with Medicare compare plans ahead of Medicare Open Enrollment, which kicks off on October 15. Plans are rated on a one-to-five scale, with one star representing poor performance and five stars representing excellent performance. Star Ratings are released annually and reflect the experiences of people enrolled in Medicare Advantage and Part D prescription drug plans. The Star Ratings system supports CMS’s efforts to empower people to make health care decisions that are best for them.
ECONOMY・10 DAYS AGO
US News and World Report

Medicare vs. Medicare Advantage: How to Choose

Should you opt for Original Medicare or Medicare Advantage (Part C)?. DECODING MEDICARE health insurance plan options can be daunting for Medicare beneficiaries. Medicare is available for people age 65 or older, younger people with disabilities and people with End Stage Renal Disease (permanent kidney failure requiring dialysis or transplant). Original Medicare comes in two parts: Part A and Part B. Part A covers a portion of hospitalization expenses, and Part B applies to doctor bills and other medical expenses, such as lab tests and some preventive screenings.
HEALTH・7 DAYS AGO
WILX-TV

It’s that time of year for older adults looking to find a Medicare managed care or prescription drug plan for 2022. Open enrollment begins Friday, Oct. 15, for the Medicare Advantage managed care plans and Medicare Part D prescription drug plans. The optional plans are available for everyone covered by Medicare, the federal health insurance program for people 65 or older and some younger disabled Americans.
HEALTH・9 DAYS AGO
beckershospitalreview.com

Does Medicare Part B Include Any Dental Coverage?

Medicare, which helps pay for medical treatment and long-term care, covers people over 65 and certain younger people with disabilities. Medicare is funded by taxpayers, and in certain circumstances, premiums are deducted from social security checks or paid by the plan holder. The original Medicare includes Part A and Part B, each with a list of items that are covered or excluded. Does Medicare Part B cover dental costs?
HEALTH SERVICES・21 DAYS AGO
Forbes

Medicare open enrollment begins October 15 and runs through December 7 this year. Open enrollment can be an opportunity to revisit your health care plan preference: You can choose Traditional Medicare or a Medicare Advantage (MA) plan, although some restrictions can apply. A recent survey by The Commonwealth Fund shows...
HEALTH・4 DAYS AGO
MedicalXpress

Food insecurity among older adults takes a toll on the nutrition and health of those affected. According to data from 2019, 5.2 million people age 60 and above in the U.S. were food insecure—equaling 7.1% of that population—and that number has likely grown during the COVID-19 pandemic. Older adults facing...
HEALTH・7 HOURS AGO
MarketWatch

These common misunderstandings could cost you
HEALTH・48 MINUTES AGO
theadvocate.com

If You're Joining a Medicare Advantage Plan for the First Time, Here's What You Need to Know

Medicare's fall open enrollment period is underway and runs through Dec. 7. One of the changes you can make is to move from original Medicare — and possibly a Medigap policy and/or standalone drug plan — to an Advantage Plan. Here are some tips from experts for what to know...
1 DAY AGO