Britney Spears told a lawyer she wanted to end her conservatorship in 2009 voicemail, an upcoming documentary reveals

By Lauren Frias
Insider
30 days ago 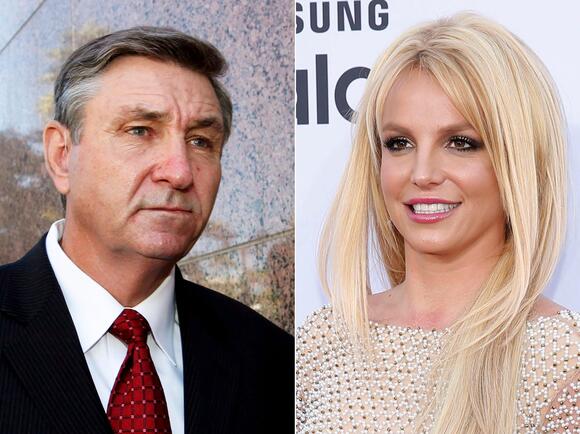 Singer Britney Spears told a lawyer she wanted to end her conservatorship in a voicemail in 2009, according to an upcoming documentary.

Netflix released a teaser trailer for an upcoming documentary titled "Britney vs. Spears," on Tuesday, and the tweet amassed more than 1.3 million views as of Wednesday.

The 18-second clip featured an audio recording of a voicemail by the 39-year-old singer to a lawyer on January 21, 2009 at 12:29 a.m., just a year after the conservatorship was established, according to a caption on the video.

A portion of the voicemail was played: "Hi, my name is Britney Spears. I called you earlier. I'm calling again because I just wanted to make sure that during the process of eliminating the conservatorship..." before it cut to the logo of the highly anticipated documentary.

Since 2008, Spears has been under the legal arrangement which grants control of her personal life and estate to a group of individuals including her father, Jamie Spears. The conservatorship has been under public scrutiny for the last several years, trending on social media platforms via the hashtag #FreeBritney.

The legal fight came to a head earlier this year, after the pop star spoke directly to a judge in open court on June 23 for the first time , detailing the alleged abuses she endured under the 13-year conservatorship .

On September 7, Jamie Spears filed a petition to end Britney Spears' conservatorship, which the pop star's legal team labeled as a "massive" legal victory. According to filings, Jamie Spears said he believes his daughter is "entitled to have [the] Court now seriously consider whether this conservatorship is no longer required."

The documentary will be released on Netflix on September 28, the streaming platform announced Wednesday.

Much of the singer's earnings have reportedly been paid to others as recent court documents have stated that Britney Spears' fortune is worth $60 million.
MUSIC・17 DAYS AGO
HollywoodLife

Britney Spears’ boys are all grown up! The pop stars’ teen sons were all smiles as they made a rare social media appearance. Check out the photos here!. Britney Spears‘ sons, Sean Preston Federline, 16, and Jayden James Federline, 15, who mostly stay out of the public eye, made an appearance on social media on Tuesday, October 5, wearing the biggest grins as they posed for some photos. The boys, who Britney shares with ex-husband Kevin Federline, 43, appeared all grown up as they smiled for the camera with Kevin’s friend, CEO of Movision Entertainment, Eddie Morales.
CALABASAS, CA・16 DAYS AGO
Radar Online.com

Britney Spears Refusing To Cough Up $1.1 Million Demanded By Her Dad Jamie For Legal Fees, Questions His Conservatorship Salary

Britney Spears is demanding the court shut down her father Jamie’s request for over a million dollars from her estate. According to court documents obtained by Radar, the pop star’s lawyer Mathew Rosengart is firing back at Jamie’s request to pay several law firms for work done on the conservatorship.
CELEBRITIES・23 DAYS AGO
Fox News

The recent major change in Britney Spears’ conservatorship likely won’t have an impact on her custody agreement with Kevin Federline regarding their two children. Federline’s lawyer, Mark Vincent Kaplan, told Fox News that the duo has successfully worked out a custody agreement over the years that allows her to see their boys, Sean Preston, 16, and Jayden James, 15, as much as she wants. As a result, even if her recent legal victory in court leads to the end of her highly controversial conservatorship, Kaplan doesn’t believe the former couple's agreement will be revisited in any legal sense.
RELATIONSHIPS・10 DAYS AGO

Britney Spears recently shared another emotional message for her family, taking to social media to air out her grievances. Britney Spears is on the brink of being completely free of her conservatorship, and she’s continuing to express her feelings about the ordeal on social media. The “Stronger” singer posted to her Instagram on Tuesday, October 5 with some ethereal art showing a woman flying in to save another woman lying helpless on a mattress on the ground.
CELEBRITIES・17 DAYS AGO
The Independent

Britney Spears’s father is reportedly being investigated by the police over claims he secretly monitored her communications and recorded her conversations.Last week, a new documentary from The New York Times titled Controlling Britney Spears claimed that Jamie Spears was in charge of a surveillance set up that tracked his daughter’s messages and calls, as well as secretly recorded the singer’s interactions in her bedroom.In response, Britney’s lawyer accused Jamie of “horrifying and unconscionable invasions of his adult daughter’s privacy”, and called for his immediate removal from her conservatorship.While Jamie has insisted that his daughter knew about the recordings, Deadline...
CELEBRITIES・24 DAYS AGO
HollywoodLife

Britney Spears: Why She Still Won’t Gain Full Custody Of 2 Kids, According To Ex’s Lawyer

While Britney Spears can expect her life to change if her conservatorship ends, her custody arrangement with Kevin Federline won’t be one of them — if you take his lawyer at his word. A lot will change for Britney Spears should her controversial conservatorship be dissolved at her next court...
RELATIONSHIPS・11 DAYS AGO
E! News

Watch: Britney Spears' Fiance Surprises Her With New Puppy. Sam Asghari's romance with Britney Spears is stronger than yesterday!. The 27-year-old fitness trainer, who proposed to the pop star last month and recently surprised her with a puppy, continues to show just how serious he is about their relationship. A...
PETS・9 DAYS AGO

UPDATE (9/28): Britney Spears’ lawyer, Mathew S. Rosengart, fired back at Jamie Spears after the singer’s father objected to anyone replacing him as a temporary conservator as the conservatorship winds down. The comments were contained in a footnote of a legal filing that was otherwise objecting to another Jamie filing about compensating the conservator and the conservator’s attorneys (which Rosengart also objected to). In the footnote, Rosengart rebuffed Jamie’s claim that his potential replacement, John Zabel, was unqualified. Rosengart said Zabel “is a highly-esteemed, nationally-recognized award-winning CPA with an impeccable record of serving in positions of trust — in stark contrast...
CELEBRITIES・24 DAYS AGO
Cosmopolitan

Fans are saying Britney Spears is officially back after the singer threw some serious shade at her sister on Instagram yesterday (13 October). ICYMI, earlier this week Jamie Lynn Spears announced the upcoming release of her autobiography, Things I Should Have Said. In a post on socials about the book, she said: "I know I still have A LOT of learning to do, but I feel like finishing this book gave me closure on this '30 year long' chapter of my life, and hopefully helps anyone else out there who forgot their worth, lost their voice or is trying to break an unhealthy cycle in their life."
CELEBRITIES・9 DAYS AGO
Popculture

Britney Spears' father Jamie Spears was recently removed as her conservator, and now, in a scathing interview, Jamie's sister has broken her silence about his treatment of the beloved pop star. On Friday, Leigh Ann Spears Wrather sat down with Good Morning Britain and spoke out about how she feels her brother "manipulated and used" Spears. "He caged her," Wrather said. Spears' aunt went on to say of her own brother, "He's barbaric. I mean, who gets to do that to someone?"
CELEBRITIES・7 DAYS AGO
NBC News

LOS ANGELES — Britney Spears’ father has hired an experienced attorney following expectations that lawyers for the singer will scrutinize his role as conservator over the last 13 years. James “Jamie” Spears has hired Alex Weingarten, a partner in the litigation department at Willkie Farr & Gallagher, to represent him...
LOS ANGELES COUNTY, CA・2 DAYS AGO

People mistake her for Britney Spears. She made a career out of it

Katie Murdock was a year out of high school, working at a nail salon in Utah, when a customer walked in and made an observation: She kind of looked like Britney Spears. This wasn’t the first time Murdock had heard that. In high school, she got it a lot from classmates. The difference this time, though, was that this customer — a producer for a tribute artist show — could actually do something about it.
MUSIC・9 DAYS AGO
People

Britney Spears is already getting into the holiday spirit. On Friday, the 39-year-old pop star shared a photo of a Christmas tree set up in her living room, telling fans that she's celebrating the holiday "way early this year" as a way to "find more joy" amid her ongoing legal battle to terminate her conservatorship.
CELEBRITIES・7 DAYS AGO
Fox News

Britney Spears is considering putting pen to paper. On Tuesday, the 39-year-old pop star announced on Instagram that she's considering releasing a book in 2022 and offered a handful of potential titles. Alongside a picture of herself biting her fingernail, the star said she got "carried away" on Monday when...
CELEBRITIES・10 DAYS AGO

Britney Spears addressed a variety of issues in a Friday Instagram post, confessing to being "afraid" to "make a mistake" as her conservatorship's probable conclusion approaches. The 39-year-old pop star issued a lengthy statement in which she stated that "there are a lot of things that scare me" about her...
CELEBRITIES・7 DAYS AGO
Elle

There have been rumors that pop icon Britney Spears wanted to hang up the mic, and now in a recent Instagram post, she's confirmed it's true. In a long caption, Spears explains how having her father Jamie Spears off her conservatorship is exciting and disorienting. “I'll just be honest and...
CELEBRITIES・6 DAYS AGO
CinemaBlend

This year has seen a whirlwind of developments in the life of pop star Britney Spears. The conservatorship that she's been held under for over a decade is slowly unraveling, thanks in large part to a fan-driven “Free Britney” movement and countless documentaries on the matter. Spears is also now engaged to her boyfriend of five years, Sam Asghari. Over on her sporadically deactivated social media, she is continuing her newfound streak of being quite candid about the situation. Apparently, having the freedom to drive again and the prospect of her conservatorship finally coming to an end is all a bit scary.
CELEBRITIES・5 DAYS AGO