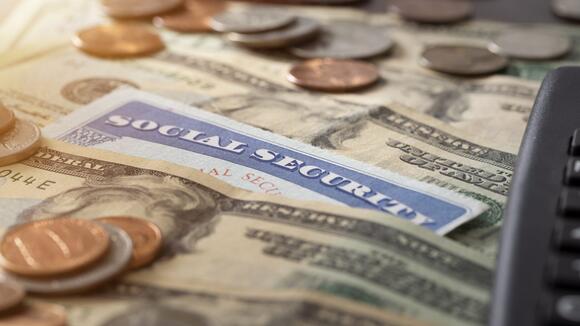 Social Security is a lifeline for millions of retirees and other older Americans who are still in the workforce. Making sure you qualify for every dollar you’ve got coming to you is not a step you want to skip — and believe it or not, Social Security is not guaranteed . In fact, there are more than a half-dozen ways that you could miss out on benefits that you were counting on and that you paid for with your tax dollars.

Early claimers who are still working have to pass the Social Security earnings test in order to qualify for benefits. There is no such test once you reach full retirement age. In 2021, the Social Security Administration (SSA) temporarily withholds $1 in benefits for every $2 earned over $18,960, although there’s a more forgiving monthly test for those entering the year of full retirement.

Find Out: The Average Social Security Check the Year You Were Born

You Came Up Short on Credits

In order to receive Social Security payments, you have to first work for a certain amount of time, pay taxes into the system and build up enough “credits” to qualify for benefits. In 2021, you get one credit for every $1,470 in income earned, up to one credit per quarter or four credits per year. Most people must have 40 credits to receive Social Security benefits, which means you have to work for 10 years before you’re eligible.

You Have Debt That Qualifies For Garnishment

It’s hard for private lenders to snatch your Social Security payments, but your benefits can be garnished to satisfy certain kinds of other debts. Among them are alimony, child support and restitution, but the states determine what constitutes a valid order for garnishment. If your benefits have been garnished for any of these reasons, contact the appropriate state agency, not the SSA.

If you guessed that tax debt is one of the other exceptions, you would be correct. The Department of the Treasury can garnish up to 15% of your Social Security benefits every month until your tax debt is paid. The Treasury Department can also garnish your benefits for nontax debt, including any federal student loans you might have defaulted on.

Instead of paying into Social Security, some federal employees hired before 1984 have instead been contributing to the Civil Service Retirement System (CSRS). The CSRS was formed as part of the 1920 Civil Service Retirement Act and was replaced by the Federal Employees Retirement System (FERS) in 1987. CSRS recipients do not receive Social Security benefits unless they’re eligible through another job or through a spouse.

Are You Doomed To Work Forever? What You Can Do If Your Social Security Isn’t Enough

Some railroad workers are also covered by a retirement system outside of Social Security and are ineligible for benefits. People who participate in the Railroad Retirement Act pay more of their salaries into the fund but receive higher payments when they retire — particularly “career employees” with at least 30 years on the job.

You Don’t Qualify For a Divorced Spouse’s Benefits

In most cases, you can collect Social Security in another country if you live abroad in retirement, although you have to follow strict and specific rules from both the SSA and your host country. The SSA, however, is generally forbidden from sending payments to a handful of countries, but don’t worry. None of them are exactly beacons for U.S. retirees.

They include Azerbaijan, Belarus, Kazakhstan, Kyrgyzstan, Moldova, Tajikistan, Turkmenistan and Uzbekistan. Some exceptions can be made for some eligible retirees in those countries, but you can never collect Social Security in Cuba and North Korea.

This article originally appeared on GOBankingRates.com : 7 Reasons You Might Not Receive Social Security Benefits

So, Americans have paid in BILLIONS and it can be stolen from them by thieves in congress. Maybe that is why the congress body doesn’t have a retirement thru social-security like 99 percent of other Americans.

Social Security is a valuable program that ensures retirees have some income to rely on in their golden years. However, many Americans don't understand how it works. Learn: Understanding the Basics of...
PERSONAL FINANCE・20 HOURS AGO
GOBankingRates

The 2022 COLA increases have been applied to new Social Security payments for January, and the first checks have already started to hit bank accounts. See: What To Expect From Social Security in...
BUSINESS・2 HOURS AGO
GOBankingRates

Social Security is the main source of income for a majority of the elderly in the U.S. According to data from the Social Security Administration, nearly 9 out of 10 people age 65 and older receive...
PERSONAL FINANCE・1 DAY AGO
GOBankingRates

Social Security payments for next year are going to be a little larger than this year's -- a total of 5.9% more, thanks to the largest cost-of-living adjustment increase in almost four decades....
BUSINESS・1 DAY AGO

THE final Social Security payments for January are going out this week - and they're worth an average of $1,657 thanks to a boosted COLA. A 5.9% cost-of-living adjustment (COLA) has been applied to Social Security benefits for 2022 as inflation has soared. The 5.9% COLA increase was calculated based...
BUSINESS・1 DAY AGO
FingerLakes1.com

In just three short days, millions of Americans will see their first Social Security checks of 2022 with the 5.9% COLA increase in them. Anyone on Social Security with a birthday on or after the 21st of any given month can expect their payment Wednesday, Jan. 26. Those with birthdays...
PERSONAL FINANCE・2 DAYS AGO
MarketWatch

Did you know it might be possible to increase the size of your Social Security checks?
PERSONAL FINANCE・1 DAY AGO

If your spouse passes away and you are the surviving spouse of the worker, you can receive your spouse's Social Security benefits after they pass. An important caveat: your spouse must have worked...
SOCIAL SECURITY・2 DAYS AGO
The US Sun

MILLIONS of cash-strapped parents with kids can automatically get monthly Supplemental Security Income payments worth $687 on average. Around five million people received SSI checks last month and the scheme is designed to help seniors as well as disabled adults and children. Checks are usually sent out on the first...
PERSONAL FINANCE・2 DAYS AGO
The Motley Fool

An unprecedented change in benefits is occurring.
BUSINESS・2 DAYS AGO
The Motley Fool

2022 Could Be a Rough Financial Year for Social Security Retirees. Here's What to Do

Seniors need to prepare for a bumpy road ahead for this key reason.
BUSINESS・1 DAY AGO
GOBankingRates

Can You Open a Bank Account Without a Social Security Number?

Opening a bank account is a fairly easy and straightforward process in the U.S. However, you will need to provide certain personal and financial information to get started. The reasons for this are...
CREDITS & LOANS・1 DAY AGO
MarketWatch

The cost of grandfathering the benefits of existing retirees now costs more for future retirees than doing nothing and eventually cutting all benefits.
PERSONAL FINANCE・2 HOURS AGO
GOBankingRates

Getting a Social Security card for your child is crucial to verify your child's identity and receive certain private sector and government services. If your child's card was lost or misplaced, you can...
RELATIONSHIPS・1 DAY AGO
GOBankingRates

10 Retirement Tax Surprises To Prepare For

A lot of planning goes into a successful retirement strategy. In addition to saving enough to fund your retirement, you'll have to consider things like medical and long-term care planning, where you...
INCOME TAX・1 DAY AGO
The Motley Fool

Seniors could benefit tremendously from a better system.
BUSINESS・3 HOURS AGO
The Motley Fool

If you're not careful, you could end up slashing a crucial income stream for life.
PERSONAL FINANCE・2 DAYS AGO
GOBankingRates

Some retirees are surprised to learn that the federal government, in certain circumstances, taxes Social Security benefits. Even more surprising to some is that certain individual states also apply...
INCOME TAX・5 DAYS AGO
GOBankingRates

Social Security Benefit Taxes: Could New Mexico Phase Them Out Thanks to Competing Bills?

The battle over Social Security income taxes is playing out in the Land of Enchantment, as lawmakers in New Mexico consider doing away with the state's taxes on Social Security benefits. See: Social...
INCOME TAX・1 DAY AGO