Baby Dogecoin (BabyDoge): What It Is, What It’s Worth and Whether You Should Invest 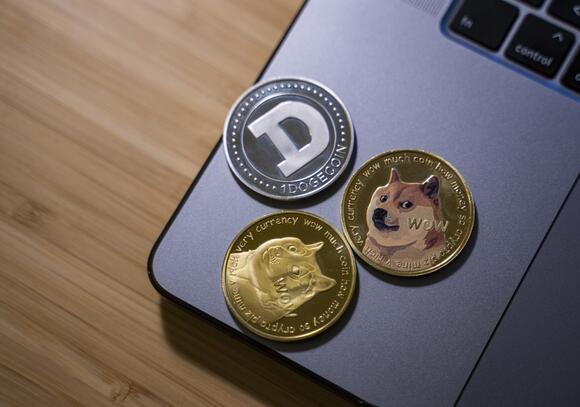 It does not come as a surprise to anyone that Baby Dogecoin is creating so much hype. It was launched on June 1 and saw a 1,000% price spike within just two weeks of that date. By the third week, it had a market cap of a whopping $200 million, and in the fourth week, there were 160,000 holders of the coin.

Seeing its speedy rise to the surface, it’s evident that buyers are taking an interest in Baby Dogecoin. But is it worth the investment? Should you stay away from this momentary fad, or is Baby Dogecoin here for the long haul? Find out below.

What Is Baby Doge Coin?

Baby Dogecoin is a crypto asset created by the online Dogecoin community. According to its website, “Baby Doge seeks to impress his father by showing his new, improved transaction speeds and adorableness.”

Being a deflationary token, Baby Dogecoin has been designed to get scarce with time.

Take it from the coin’s white paper — cleverly titled the Woof Paper: “Hyper-deflationary with the static reflection that rewards holders, so more baby doge coins are being automatically added to your wallet each transaction.”

While it may be somewhat similar to its father, Baby Doge Coin outshines its parent with extremely low transaction fees: less than one U.S. penny.

Why Did It Spike?

Baby Dogecoin spiked for the same reason as its father: Elon Musk . The Tesla CEO posted a tweet, hinting at the token.

As a result of this tweet, buyers did precisely what they had done earlier in the year with DogeCoin — they started buying.

In just 24 hours, the aftermath of the tweet presented itself as a 228.3% spike in the price of Baby Dogecoin.

What Is Baby Doge Coin Worth?

As evident, the price is not very promising since it is just a tiny fraction of a single penny. However, investors aim to hoard the coins and reap the rewards if and when it reaches a dollar.

According to the Baby Dogecoin whitepaper, the plans for the crypto include getting listed on several renowned cryptocurrency exchanges, creating a wallet to track rewards and forming a marketplace for NFTs, or non-fungible tokens .

While these plans are certainly impressive, where does that leave your investment?

Irrespective of all the hype it is getting, Baby Dogecoin is a meme coin that jokes in its road map about starting a religion and carving Baby Doge on a mountain.

What To Consider as an Investor

Any wise investor would have a hard time taking this coin seriously. Also, it’s pretty visible that the developers have named it Baby Doge Coin to leverage the popularity of Dogecoin .

You can’t depend on tweets and hype trains to make your investment moves. With that in mind, it’s best to stay wary of Dogecoin’s new offspring.

This article originally appeared on GOBankingRates.com : Baby Dogecoin (BabyDoge): What It Is, What It’s Worth and Whether You Should Invest

There are plenty of alternatives to Bitcoin and other big-name cryptocurrencies. If you’re ready to invest in some crypto, consider these affordable options.
MARKETS・1 DAY AGO
GOBankingRates

Stellar (XLM): What You Need To Know Before Investing

The popularity of Stellar's XLM may make you wonder if it's a good investment. Find out which factors you should consider when deciding whether to buy Lumens.
MARKETS・12 DAYS AGO
The Motley Fool

Broad-market index ETFs can build great wealth over the long run. More focused ETFs may get you to a million dollars faster. You might invest in both kinds of ETFs. Retiring with a million dollars is a good goal. A larger or smaller sum might work well for you, but for many, if not most, of us, a million dollars will go far. If you apply the flawed-but-still-useful 4% rule to it, withdraw 4% of that million dollars in your first year of retirement, and adjust the withdrawal for inflation in each successive year, the money stands a good chance of supporting you for several decades. And that first 4% withdrawal will be... $40,000.
BUSINESS・1 DAY AGO

Real Vision CEO and macro investor Raoul Pal is predicting that Bitcoin could more than triple in value from the current price, while Ethereum could nearly quadruple. Pal tells his 695,100 Twitters followers that there’s more than a 70% probability of Bitcoin hitting $200,000 and Ethereum reaching $20,000. “This is...
MARKETS・1 DAY AGO
The Motley Fool

Investors don't have to take on huge risks to achieve market-beating returns. If you buy stakes in strong companies with sustainable competitive advantages and give those positions some time to grow, even relatively modest investments can turn into much larger sums. As just one example, Alphabet was already a well-established...
STOCKS・1 DAY AGO
The Motley Fool

3 Top Growth Stocks to Buy Right Now Without Any Hesitation

Brookfield Renewable is set to profit from a big increase in demand for renewable energy. Fiverr should grow much larger thanks to the rising popularity of freelancing. Innovative Industrial Properties has a "rinse-and-repeat" business model with a lot of room to run. Stock valuations are at nosebleed levels, generally speaking....
STOCKS・20 HOURS AGO
NEWSBTC

Tesla CEO Elon Musk says that he will become the world’s first Dogecoin trillionaire. According to a recent prediction by a Morgan Stanley analyst, the SpaceX founder is on his way to becoming the world’s first trillionaire with his relentless amassing of wealth. A Twitter account called UberFacts tweeted this...
STOCKS・1 DAY AGO

Tesla Inc (NASDAQ:TSLA) CEO Elon Musk has denied that Jared Birchall, head of his family office, was on the advisory board of the re-established Dogecoin foundation. In a recent tweet on Saturday, Musk said that neither he, Birchall, nor his associates are involved. Musk’s statement caused a lot of confusion...
BUSINESS・16 HOURS AGO
Markets Insider

"We are not anywhere near done until the number one coin is a stablecoin," Emin Gün Sirer, CEO of Ava Labs, told Insider.
MARKETS・1 DAY AGO
bitcoin.com

The American journalist, Youtuber, podcast host, and political commentator, Tim Pool, has talked about bitcoin on numerous occasions and even more so these days as the crypto asset crossed its all-time price high. After the Proshares exchange-traded fund (ETF) launched on the New York Stock Exchange (NYSE), Pool asked his 897,700 Twitter followers if they thought bitcoin would hit $200K.
MARKETS・2 DAYS AGO
MarketWatch

Also, how Elon Musk can become a trillionaire, Tesla's great results and a surprising retirement destination.
STOCKS・1 DAY AGO

Cryptocurrency may be the hottest new investment, but it's not right for everyone. Crypto can be risky, and there's no guarantee you'll make money. By investing in S&P 500 ETFs, you have a better chance of becoming a millionaire. After a rough summer, cryptocurrency is making headlines yet again as...
STOCKS・2 DAYS AGO
Business Insider

One of the most bearish stock chiefs on Wall Street shares the 3 threats to the market that he believes will lead to a 10% sell-off before year-end - and the biggest thing he thinks other...

Dogecoin Breaks Resistance, But What's Next?

Dogecoin (CRYPTO: DOGE) recently broke resistance as Bitcoin (CRYPTO: BTC) sets the pace of the market. What Happened: Dogecoin won over a resistance at $0.25 and most of the indicators point to a continuation of the bullish trend, according to a Capital.com analysis. Dogecoin is now also supported at $0.2442...
MARKETS・3 DAYS AGO
MarketWatch

On Friday, Federal Reserve Chair Jerome Powell noted that he had concerns about higher inflation.
BUSINESS・2 DAYS AGO
MarketWatch

‘Squid Game’ fans can soon attempt real-life versions of the Netflix hit’s challenges and should you invest in a bitcoin ETF?

The CEO of one of the US biggest exchange and trading platforms, Robinhood, has disclosed that the company now has over 1 million people waiting on the release of its native digital wallet. Vlad Tenev made this disclosure on Thursday to CNBC at its Disruptor 50 summit, where he equally...
MARKETS・1 DAY AGO