By Justin Vallejo
The Independent
30 days ago 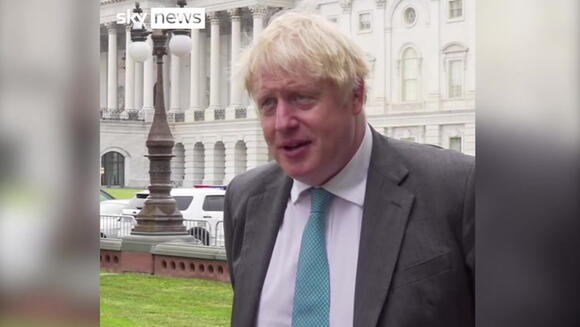 Diplomatic relations between France and the United States are on the mend after presidents Joe Biden and Emmanuel Macron spoke for the first time since the trilateral AUKUS alliance was announced.

The deal between the US, the UK and Australia sank France’s $60bn submarine contract, leading to the unprecedented recall of its ambassador from Washington.

In a joint statement following the call on Wednesday, Mr Macron said the ambassador will return in the next week after Mr Biden reaffirmed his “on-going commitment” to France and Europe.

The pair agreed to meet in person at the end of October, likely around the Group of 20 Summit in Europe, to reach a “shared understanding”.

“The two leaders agreed that the situation would have benefited from open consultations among allies on matters of strategic interest to France and our European partners,” the statement said.

“The two leaders have decided to open a process of in-depth consultations, aimed at creating the conditions for ensuring confidence and proposing concrete measures toward common objectives.”

France says it received little notice before its contract to build submarines for Australia was publicly scuttled by the AUKUS pact, announced by Mr Biden and prime ministers Boris Johnson and Scott Morrison on 15 September.

It led to a furious reaction from France, which recalled its ambassadors from Australia and the US, and cancelled an event to mark the 240-year US- French relationship dating to the Battle of the Capes.

“A knife in the back,” he said, noting that it killed the French submarine deal with Australia that involved “a lot of technological transfers and a contract for a 50-year period.”

Despite the escalating rhetoric, the call between Mr Macron and Mr Biden was described by the White House a “friendly”.

Press secretary Jen Psaki said the 30-minute call was “extensive”, and that they would continue their next steps in repairing the relationship once the French ambassador returns to the US.

“Acknowledging there can be closer coordination and consultation I don’t think is going to be the height of concern for most of the American people, but anyone who is concerned about our relationship with France can rest assured that they had a friendly phone call and we had a path forward,” Ms Psaki said.

“It was friendly, it was one where we’re hopeful and the president is hopeful this is a step in returning to normal in a long important abiding relationship that the United States has with France,” she added.

While the tone of the conversation was framed as congenial from within the Biden administration, the office of Mr Macron was less cordial when describing its intentions for the call.

The French president planned on discussing “the crisis of trust” between the two countries and expected “clarifications and clear commitments” from Mr Biden on why he kept a European ally in the dark.

Mr Macron’s office said he wanted acknowledgement the deal should have been discussed, and that it raised “a matter of trust about which we need to draw together all the consequences,” according to the Associated Press .

The joint statement put out by the two leaders reflected the US’s concession to France that the deal should have been discussed ahead of time, while acknowledging France’s presence in the Pacific.

“President Biden reaffirms the strategic importance of French and European engagement in the Indo-Pacific region, including in the framework of the European Union’s recently published strategy for the Indo-Pacific,” the statement said.

“The United States also recognizes the importance of a stronger and more capable European defence, that contributes positively to transatlantic and global security and is complementary to NATO.”

The White House’s conciliatory response was in stark contrast to the UK, whose prime minister said France should “get a grip” and give him a “break”.

“It’s not exclusive. It’s not trying to shoulder anybody out. It’s not adversarial towards China, for instance.”

The White House refused to be pulled into the interactions between the UK and France, while adding that Mr Biden takes responsibility for his part in the frayed diplomatic tensions.

“I can’t speak to [Mr Johnson’s] comments and whether they’re constructive or not from other countries,” Ms Psaki said.

China vows no concessions on Taiwan after Biden comments

BEIJING – China on Friday said there is “no room” for compromise or concessions over the issue of Taiwan, following a comment by U.S. President Joe Biden that the U.S. is committed to defending the island if it is attacked. Foreign Ministry spokesperson Wang Wenbin reasserted China’s longstanding claim that...
FOREIGN POLICY・22 HOURS AGO
New York Post

WASHINGTON (Reuters) -U.S. President Joe Biden and French President Emmanuel Macron on Friday discussed security cooperation in Africa, Europe and the Indo-Pacific, as the two countries work to mend fences after a rift over a U.S. security pact with Britain and Australia. Biden and Macron plan to continue their discussions...
POTUS・12 HOURS AGO
The Independent

The US Navy and Army tested hypersonic weapon prototypes following China’s test launch of a nuclear-capable space missile that has “worried” Joe Biden.While China has denied reports it tested a hypersonic missile that circled the earth, claiming it was a "routine spacecraft experiment," the president said he was concerned about the August test that reportedly left the Pentagon stunned.The three “successful” tests of hypersonic weapon component prototypes NASA’s Wallops Flight Facility in Virginia on Wednesday will inform the development of new weapons, the Pentagon said in a statement to Reuters.The Navy and Army will conduct a flight test of...
MILITARY・1 DAY AGO

President Biden said Wednesday that he’s concerned about a possible Chinese hypersonic missile test — after White House Press Secretary Jen Psaki turned heads saying the US was “concerned” but that “we welcome stiff competition.”. Biden was asked under the wing of Air Force One if he was concerned about...
POTUS・2 DAYS AGO
AFP

Biden says 'yes' US would defend Taiwan against China

Biden Taunted by Chinese, Russian Fleet Passing Through Japan Strait to Test Resolve of the US

Joe Biden was taunted by China and Russia fleet that sailed past the Japan Strait for the first time. The tempo in the Indo-Pacific has sped up after the US has decided to pivot to Asia after its loss in Afghanistan. Japan has taken the slack of fronting a defensive...
FOREIGN POLICY・3 DAYS AGO
WashingtonExaminer

President Joe Biden talked tough when asked about keeping up militarily with China and defending Taiwan during a CNN town hall event on Thursday night.
FOREIGN POLICY・1 DAY AGO

President Joe Biden's nominee to be ambassador to Beijing on Wednesday dubbed China aggressive and untrustworthy, insisting that boosting Taiwan's defenses against the threat of Chinese invasion should be a US priority. Chinese President Xi Jingping however recently urged a "peaceful reunification."
FOREIGN POLICY・2 DAYS AGO
Reuters

WASHINGTON (Reuters) -President Joe Biden’s nominee to be U.S. ambassador to China, Nicholas Burns, took a tough line on dealings with China at his Senate confirmation hearing on Wednesday, saying “genocide in Xinjiang,” abuses in Tibet, and bullying of Taiwan must stop. Burns, calling China the United States’ “most dangerous...
FOREIGN POLICY・2 DAYS AGO
Business Insider

A deal for nuclear-powered subs is only the latest secretive collaboration between US, UK, and Australian forces

Despite the fanfare around AUKUS, Australian-UK-US military cooperation goes back decades, and special-operations forces have been a key component.
MILITARY・3 DAYS AGO
Derrick

PARIS (AP) — France’s ambassador to Australia says Australian officials lied to his face and raised the risk of confrontation in Asia by crafting a secret submarine deal with the U.S. and Britain that undermined trust in democratic alliances. France is determined to protect its interests in the Indo-Pacific region,...
CHINA・14 DAYS AGO

Biden Reveals Nuclear Stockpile: US Has 3,750 Warheads Vs. China’s Less Than 300

President Joe Biden’s administration said Tuesday that the United States has more than 3,700 warheads as of September 2020, marking the first time since 2018 that the government disclosed such information amid mounting tensions with China. In its new report, the National Nuclear Security Administration (NNSA) said “the U.S. stockpile...
U.S. POLITICS・17 DAYS AGO
Reuters

WASHINGTON, Oct 21 (Reuters) - White House officials are gearing up for a virtual meeting between President Joe Biden and Chinese leader Xi Jinping they hope will show the world Washington can responsibly manage relations between the rival superpowers, people familiar with the matter say. Combative diplomatic exchanges with China...
PRESIDENTIAL ELECTION・20 HOURS AGO
unc.edu

Koji Tomita, Japanese ambassador to the United States, affirmed the importance of the U.S.-Japan alliance and said that the U.S. and Japan should continue to strengthen political dialogues, economic cooperation and people-to-people exchanges in an Oct. 6 virtual discussion about the countries’ alliance. The livestream event was part of “Diplomatic...
CHAPEL HILL, NC・14 HOURS AGO
Fox News

President Joe Biden vowed to protect Taiwan from any Chinese incursion during a CNN town hall on Thursday night. "Are you saying the US would come to Taiwan’s defense if China were to attack?" CNN’s Anderson Cooper asked Biden to which the president responded, "Yes, we have a commitment to do that."
FOREIGN POLICY・1 DAY AGO

After President Biden said at a CNN town hall last night he would defend Taiwan from an attack by China, the Chinese Foreign Ministry said there is "no room for compromise" on its territorial claims on the island. The latest trading of barbs between the U.S. and China over Taiwan...
FOREIGN POLICY・17 HOURS AGO
The Independent

In less than two weeks, Air Force One will take off for Scotland, ferrying Joe Biden and his entourage to the Cop26 summit in Glasgow. It is a major test for the US president, who won last November’s election partly on the back of his bold vision to chart a greener future for America amid ever worsening climate extremes.In stark contrast to the inaction and outright denial of Donald Trump, the message has been that America is “back” on climate. Mr Biden rejoined the Paris Agreement to curb global temperature rise that had been abandoned by his predecessor; held a...
PRESIDENTIAL ELECTION・1 DAY AGO
Daily Mail

China's take-over in America's back yard: How Beijing has spent $140BILLION on ports, roads, and power plants in Latin America and the Caribbean as Cuba signs a new energy deal while US influence fades

On the face of it, America has little to fear from China's new deal to upgrade Cuba's power grid. The countries are already firm allies via their Communist leaders, Havana is under a diplomatic and economic embargo from Washington, and all efforts to mend ties between the two ended when Obama left office.
U.S. POLITICS・3 DAYS AGO
Daily Mail

Biden's pick for border chief says there isn't a crisis at the border: Ted Cruz introduces bill to send migrants to Democratic hotspots like Martha's Vineyard and Palo Alto

Joe Biden's pick to head Customs and Border Patrol refused on Tuesday to call the situation at the southern border a crisis as Senator Ted Cruz proposed legislation that would bring the crisis to where 'Democrat elites host their cocktail parties' – like Martha's Vineyard. During a Senate confirmation hearing,...
PRESIDENTIAL ELECTION・3 DAYS AGO