By Rupert Hawksley
The Independent
29 days ago 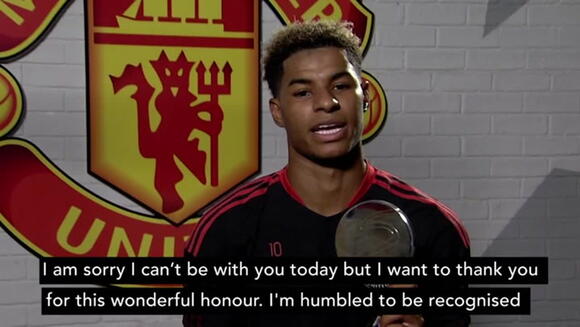 In March 2000, something quite odd happened: Staffordshire University hit the headlines. Students would be offered the chance to study David Beckham as part of a 12-week course in “football culture”. This was big news for a university otherwise best known for producing the rock band Editors .

Staffordshire University’s Professor Ellis Cashmore was at pains to stress that Beckham was just one small part of the course, which would in fact examine “the rise of football from its folk origins in the 17th century, to the power it’s become and the central place it occupies in British culture, and indeed world culture, today”.

But the course was dubbed “ David Beckham studies ”, which then – obviously – became shorthand for everything wrong with universities. See also: golf course management. Waste of time! Get out there and earn a living!

I only mention all this because it has been announced that GCSE students will soon be able to study another famous footballer, Marcus Rashford , as part of a media studies course. My hunch is that the reaction to this will be slightly different. You would have to be very stupid and oddly traditional – obsessed with, say, imperial weights and measures – not to see the benefits of teenagers learning more about Rashford and the ways he has harnessed the media to promote his campaigns on food poverty and free school meals.

“Marcus Rashford is one of the most influential and inspirational young people in the UK, so students can learn a huge amount from how he uses social media to make a real impact,” said Sandra Allan, AQA’s head of curriculum for creative arts. “It’s not just an opportunity for them to learn about social media – it’s also a great way to learn about important social and race issues as part of our commitment to equality, diversity and inclusion in the curriculum.”

It is worth returning at this point to Professor Ellis Cashmore whose reasons for including Beckham on his course were not, perhaps, quite so commendable. “I think [Beckham] embodies the spirit of the times; he doesn’t actually say much or do much,” explained Cashmore. “Unlike icons of the past, he doesn’t take a political stand or engage with any kind of social issues of the day.

“But maybe that’s just what we want in the early 21st century, a person who doesn’t actually do much, but onto [whom] we can displace all our fantasies. He occupies so much of our attention, we write and we talk about him. He is a central figure in our culture at the moment, like him or loathe him.”

It might be a stretch to suggest that the attitude and behaviour of two Manchester United footballers, separated by 20 odd years, reflects a deeper cultural shift. But it is certainly of interest – and immensely cheering – to note that the reasons for a footballer to be included on an academic syllabus have changed so strikingly. In 2000, it was because Beckham didn’t take “a political stand”; today, it is precisely because Rashford does. That certainly feels like progress and we should applaud AQA for its willingness to put together an original and creative syllabus. Parents, surely, will have no objections to their sons and daughters learning about a young footballer who has tackled food poverty, promotes reading and cares deeply about fighting racism in the UK?

There is one final point, which my colleague Hamish McRae touched on in his column earlier this month : young people’s role models are changing. US Open winner Emma Raducanu has succeeded through hard work and immense skill; likewise 13-year-old Olympic skateboarder Sky Brown. As these names become more popular, advertisers will be forced to shift their focus and the qualities embodied by Raducanu, Brown and Rashford therefore become immensely lucrative and aspirational. And so, one hopes, the cycle continues.

I wonder, then, if we are coming to the end of the era in which reality television stars and “celebrities” are idolised; when being famous is a goal in itself. That seems to be changing; young people now look to those with drive and decency. Rashford is at the top of that list and absolutely belongs on the academic syllabus. Staffordshire University should take note: “Marcus Rashford studies” would, I suspect, be immensely popular.

The footballer collected an honorary doctorate at the University of Manchester for his campaigns against child poverty. Football star Marcus Rashford has said it felt “bittersweet” collecting his honorary degree for tackling child poverty the day after the Universal Credit uplift was retracted. The England player used his speech at...
U.K.・14 DAYS AGO
BBC

Manchester United star Marcus Rashford said receiving an honorary doctorate for his work to tackle child poverty was "bittersweet" as it came as the £20 top-up to universal credit ended. Accepting the award from the University of Manchester, he said removing the temporary increase "could see child poverty rise to...
SOCIETY・14 DAYS AGO
The Guardian

Marcus Rashford has said the government should not be ending the universal credit uplift at a time when poor families are facing potentially their most difficult period of the pandemic amid rising costs of living. The England footballer made a fresh intervention in the row over the withdrawal this week...
U.K.・14 DAYS AGO
BBC

Marcus Rashford has said he will continue to push for changes to improve child poverty in the UK. The Manchester United and England footballer was speaking exclusively to BBC Breakfast after receiving an honorary doctorate from the University of Manchester on Thursday evening. Rashford called the moment "a little bit...
U.K.・13 DAYS AGO

Marcus Rashford: Families should not have to make choices

Marcus Rashford has spoken to BBC Breakfast about his fears surrounding child poverty as the £20 Universal Credit top-up ends. The Manchester United player said the situation many now found themselves in "reminds me of... when I was younger". "You've got to decide between are you going to eat or...
SPORTS・14 DAYS AGO
BBC

Marcus Rashford has said the support he received after being targeted with racist abuse following the Euro 2020 final was a "special moment" for him. The Manchester United striker was targeted on social media after missing his spot-kick in England's penalty shootout defeat by Italy. His vandalised mural in Manchester...
SOCIETY・11 DAYS AGO
chatsports.com

Marcus Rashford is relishing the prospect of making his return for Manchester United at a crucial juncture of the season after recovering from shoulder surgery. The 23-year-old's last official appearance came in the Euro 2020 final, when he was one of three England players to miss a penalty in the shootout as the Three Lions lost to Italy.
PREMIER LEAGUE・12 DAYS AGO
Yardbarker

Marcus Rashford is closing in on a comeback to first-team football, having trained with the team since the start of the international break. The 23-year-old has missed all of United’s games so far after having surgery on his shoulder ahead of the campaign. Rashford struggled with the injury for the...
SOCCER・7 DAYS AGO

Police have released an image of a hooded man they want to speak to about defacing a mural of Marcus Rashford. Greater Manchester Police said the wall in Withington was vandalised shortly after the Manchester United and England striker missed a penalty in the Euro 2020 Final shootout on 11 July.
CELEBRITIES・10 DAYS AGO
SkySports

Marcus Rashford and Raheem Sterling have changed the perception of Black footballers but continued progress in the fight against racism is only possible "when white people get involved", says Ian Wright. Manchester United forward Rashford was made an MBE last year for services to vulnerable children in the UK during...
MLS・11 DAYS AGO
The Drum

BT and Hope United are celebrating Black History Month with a series of educational and inspiring films with football legends Rio and Anton Ferdinand. Continuing its message of hope and inclusion, BT has released bite-sized clips, created by Saatchi & Saatchi London, that feature the brothers discussing the legacy of the Windrush generation, and the impact their descendants and continued Caribbean migration have had on football and culture.
SOCIETY・9 DAYS AGO

A close-up of the Marcus Rashford mural in Manchester will be available to view in Google Street View in a celebration of the football player for Black History Month.The original mural was funded by Withington Walls, a community street art project in Withington, South Manchester, and was painted by street artist Akse P19 in recognition of the footballer’s work to tackle child poverty.It was vandalised after Rashford missed a penalty in England’s defeat to Italy in the Euro 2020 tournament.In the days following, it was decorated with messages of love and support for the 23-year-old footballer which are now available to...
PREMIER LEAGUE・9 DAYS AGO
Indy100

Footballer Marcus Rashford MBE said receiving his honorary doctorate the day after the universal credit uplift was cut is “bittersweet”. Rashford, 23, was honoured with the accolade from The University of Manchester in recognition of his work in tackling child poverty and for his sporting achievements on the football pitch.
SPORTS・13 DAYS AGO
chatsports.com

Marcus Rashford has revealed he battled through the pain for almost a year to play for Manchester United and England last season. The 23-year-old made 64 appearances in total across club and country during the 2020-21 campaign - but it was a term that was blighted by a shoulder injury suffered in September last year.
SPORTS・11 DAYS AGO
SPORTbible

Marcus Rashford has taken his body transformation to the next level after packing on 4kg of muscle in his legs. The Manchester United star has been on the sidelines for three months after playing through the pain barrier for longer than he really ought to. Rashford underwent successful shoulder surgery...
SPORTS・5 DAYS AGO
ClutchPoints

Ole Gunnar Solskjaer has shocking advice for Marcus Rashford amid the Man United winger’s close return after going through shoulder surgery in July. Off the pitch, Rashford has done extensive charity work, providing food for millions of children throughout the pandemic. He has received tons of applause for his work, even from the royal family, honoring Rashford with the title of ‘MBE’ or ‘Member of the Most Excellent Order of the British Empire.’
PREMIER LEAGUE・6 DAYS AGO
punditarena.com

Marcus Rashford has revealed he played through pain for the entirety of last season as the Manchester United and England forward prepares to make his comeback following shoulder surgery. The 23-year-old said he had managed his shoulder injury from September last year and didn’t undergo surgery until after the European Championship this summer. Including the Euros, Rashford played 65 matches for club and country last season and put off the surgery to avoid a lengthy lay-off. Rashford said the pain from his shoulder got worse over the campaign and he has been sidelined since undergoing the procedure in August....
SOCCER・10 DAYS AGO