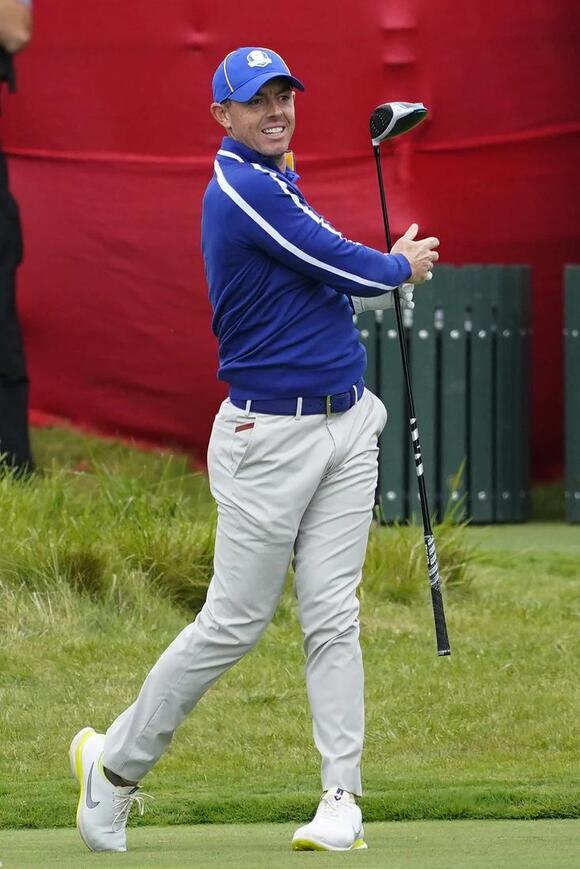 Rory McIlroy may not be the oldest nor the most experienced Ryder Cup player on Team Europe this week at Whistling Straits, but the star from Northern Ireland sees himself as part of the Europeans’ group of leaders heading into the biennial team event.

“Yeah, I think I’ve already tried to evolve into that role,” McIlroy told reporters Tuesday. “This being my sixth Ryder Cup, 2014 I felt like was the year that I embraced the role of being a leader, and then going on from then.”

The four-time major champion has played for every European Ryder Cup side since his event debut in 2010. Team Europe has won four of those five matches. 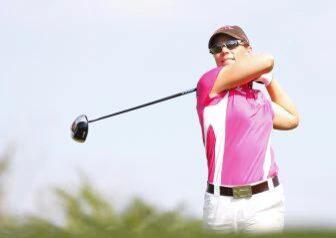 This year’s team is not short on experience, either. Englishman Lee Westwood, 48, is set to play in his 11th Ryder Cup, tying Nick Faldo’s European record. Spain’s Sergio Garcia, 41, is entering his 10th Cup.

“I think that’s one of the great things about the European team. It’s not as if we’re just looking to one guy,” said McIlroy, 32. “There’s a collection of very experienced players there that some of the younger guys and the rookies can look at. And then you look at our vice captains, as well, and you look at all the pivotal roles they’ve played in Ryder Cups over the years. We have no shortage of leaders on our team.”

Just two Europeans are ranked higher in the Official World Golf Ranking than McIlroy at No. 15: Jon Rahm of Spain, the U.S. Open champion and world No. 1, and Viktor Hovland of Norway at No. 14. 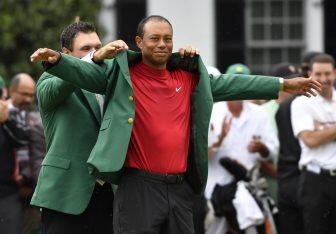 Also Read:
Golfers with the most PGA Tour wins of all-time

Hovland, a two-time PGA Tour winner who tied for fifth at the Tour Championship earlier this month, is making his Ryder Cup debut at age 24. McIlroy, who was 20 when he first competed for Team Europe at Celtic Manor Resort in Wales, has high hopes for Hovland.

“I think the thing that I’d say to any rookie is the reason you’re on this team is because of the golf that got you here,” McIlroy said. “I mean, for Viktor I’d just tell him to be himself. He’s one of the best players in the world. He’s already been a wonderful teammate, and the energy and enthusiasm that he brings into our team.

“For Viktor, I’d just get out on the golf course, be himself, play his game, and that’s more than good enough to win points for the European team.”

Rory McIlroy's ex girlfriend and tennis ace Caroline Wozniacki was spotted hitting a golf shot in high heels at Casino Square in Monaco over the weekend, and her followers were left particularly impressed. Wozniacki took to Twitter to post a video of her 'Nearest The Pin' attempt with the caption:...
TENNIS・28 DAYS AGO
BBC

Rory McIlroy says he was "surprised" by his emotional reaction to his disappointing Ryder Cup performance. The four-time major winner broke down in tears after beating Xander Schauffele in his singles match. The Northern Irishman lost all three of his other matches as the United States regained the cup with...
GOLF・4 DAYS AGO
golfmagic.com

Rory McIlroy admits Keith Mitchell is "a hell of a player"

Keith Mitchell may have surprised some people with his opening 10-under 62 on day one of The CJ Cup, but not Rory McIlroy. McIlroy carded a solid 4-under par opening round at The Summit Club, but that fell six shots shy of Mitchell, who went round in a blistering 10-under 62.
GOLF・3 DAYS AGO
Golf.com

Rory McIlroy won his 20th career PGA Tour event on Sunday at the 2021 CJ Cup at Summit in Las Vegas. The 32-year-old TaylorMade staffer uses a bag full of TaylorMade equipment, including a SIM2 driver, a SIM fairway wood, a SIM Max rescue, “Rors Proto” P730 irons that are made custom for him, Milled Grind wedges, a Spider X Tour putter and a 2021 TaylorMade TP5x golf ball.
GOLF・1 DAY AGO

In a low-scoring opening round at the CJ Cup, Rory McIlroy was doing his best to keep pace with the front-runners. McIlroy was 6 under par with two holes to play when he hit an errant 3-wood off the tee at the par-4 17th. From the native area, right of the fairway, McIlroy tried to play his next shot out but could only advance his ball 4 feet. He then took an unplayable – along with a penalty shot – and eventually carded a triple bogey.
GOLF・4 DAYS AGO
thelines.com

Rory McIlroy enters play in the 2021 THE CJ CUP @ SUMMIT at The Summit Club with +1600 odds to win after a 14th-place finish in the Tour Championship at East Lake Golf Club September 2- 5 in his last tournament. The betting insights in this article reflect betting data...
GOLF・5 DAYS AGO
golfmagic.com

The richest sports stars on their planet make millions from plying their trade but they can make just as much through sponsors. From 15-time major champion Tiger Woods to the 20-time grand slam winner Roger Federer, big brands line for endorsement deals. Giants such as Adidas and Nike compete to...
GOLF・9 DAYS AGO
USA TODAY Sports Media Group

With rounds of 62-64, Keith Mitchell grabs CJ Cup lead and is proving Rory McIlroy knows what he's talking about

LAS VEGAS – When speaking to the depth of talent in professional golf earlier this week, Rory McIlroy took his mind back to the final round of this year’s Wells Fargo Championship at Quail Hollow in North Carolina. He was paired with Keith Mitchell in the final group, with Mitchell...
GOLF・3 DAYS AGO

Rory McIlroy learned something important about himself during emotional Ryder Cup

LAS VEGAS – Rory McIlroy said the CJ Cup at The Summit provided a nice, gentle introduction to his season in America’s Playground, the limited field of 78 players, docile layout and no cut very appealing. Turned out it served up a satisfying ending, too. On a sun-splashed, windless Sunday...
GOLF・1 DAY AGO
BBC

The hard part is done. With his 20th PGA Tour win at the CJ Cup, Rory McIlroy has all but locked up lifetime membership on the circuit. He just needs “15 years of active participation on Tour,” according to Tour regulations. That will happen after his 2022-23 campaign. It’s difficult...
GOLF・1 DAY AGO
dallassun.com

Rory McIlroy: Game 'not that far away' from No. 1 form

Rory McIlroy was the No. 1-ranked golfer in the world when the COVID-19 pandemic arrived in early 2020. Now 14th in the rankings, the star from Northern Ireland doesn't feel he's far off from regaining his old form. "I think when I play my best, I'm the best player in...
GOLF・5 DAYS AGO
golfmonthly.com

Is Rory McIlroy The Best Player In The World? He Still Believes He Is…

Rory McIlroy insists that he still believes he is the world’s best golfer when he plays his best. In other news, grass is green and the sky is blue. Whilst his words are undeniably true, as nobody can beat a prime Rory McIlroy let’s face it, we haven’t seen his best stuff for far too long.
GOLF・4 DAYS AGO
The Guardian

‘Being me is enough’: Rory McIlroy revels in turnaround to win CJ Cup

Rory McIlroy put his Ryder Cup pain behind him to join a select band of players with 20 PGA victories with a one-stroke win in the CJ Cup in Las Vegas on Sunday. Starting the day two shots behind leader Rickie Fowler, the former world No 1 – whose ranking has slipped to 14th during a troubled 2021 – carded a superb six-under 66 to end on 25-under par for his second victory of 2021.
GOLF・18 HOURS AGO
The Independent

Rory McIlroy looking to kick on after emotional Ryder Cup: ‘When I’m on my game I’m best in the world’

Rory McIlroy has vowed to reap the positives from his Ryder Cup meltdown as he prepares to return to action at the big-money CJ Cup in Las Vegas this week.McIlroy broke down in tears in a rare show of emotion after winning his singles match against Xander Schauffele in Europe’s ill-fated quest at Whistling Straits in Wisconsin And the 32-year-old admits that while nobody was more surprised at the reaction than himself, he believes it may have left him better equipped to continue his challenge to move back up the world rankings.McIlroy said: “I don’t necessarily get emotional about golf,...
GOLF・4 DAYS AGO
golfmagic.com

Rory McIlroy described his triple-bogey in the first round of the CJ Cup as "one bad swing" as he made a promising start to the new PGA Tour season. The four-time major winner, making his first appearance since the Ryder Cup, shot a solid round of 4-under-par at The Summit Club but it could have been so much better.
GOLF・3 DAYS AGO
SkySports

Mitchell was singled out by McIlroy in his pre-tournament press conference as he was explaining the difficulty of his bid to get back to the top of the world rankings, highlighting the immense strength in depth of professional golf in the modern era. And the former Honda Classic champion backed...
GOLF・2 DAYS AGO
nationalclubgolfer.com

Three weeks ago, Rory McIlroy struggled to hold back his tears after picking up his first point of the Ryder Cup as his European team were annihilated by their American counterparts. In his very next start, his putter caught fire en route to a one-shot victory at the CJ Cup...
GOLF・1 DAY AGO
BBC