By Vincent Frank
Sportsnaut
12 hours ago 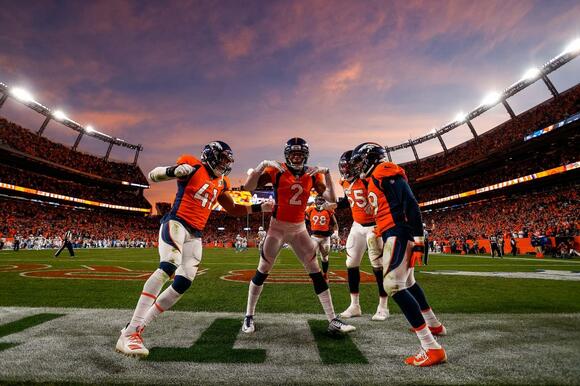 NFL picks against the spread. Week 13 edition. There’s some rather interesting games on this week’s slate, including huge divisional games featuring the Denver Broncos going up against the Kansas City Chiefs and the Baltimore Ravens taking on the Pittsburgh Steelers .

Will either of these games be featured in our NFL picks against the spread for Week 13? Find out below.

Minnesota is unlikely to have Dalvin Cook ( shoulder ) for this NFC North matchup against the winless Lions. With Kirk Cousins coming off a season-worst performance in a huge loss to the San Francisco 49ers, that must be taken into account when placing your bets.

As for the Lions, they’re also coming off an ugly late-game meltdown against the Chicago Bears on Thanksgiving. At 0-10-1, they are still looking for their first win of the Dan Campbell era. While that’s highly unlikely against a vastly superior Vikes squad, expect Detroit to cover. Half of their losses this season have come by one score with a tie against the Pittsburgh Steelers mixed in.

The return of Zach Wilson aided New York this past Sunday as the team won for the first time since all the way back in Week 8. Outside of a blowout Week 10 loss to the Buffalo Bills, this team has been much more competitive in recent weeks. As Wilson continues to gain traction, that should extend into the final six weeks of the regular season.

As for the Eagles, they’ve played the Jekyll and Hyde role to a T. That included a disastrous 13-7 road loss to the Giants in Week 12 after Philadelphia won its previous two games while scoring a combined 70 points. With Jalen Hurts (ankle) hobbled in this one, we’re not expecting Philadelphia to return to form. Hence, this is one of our most-confident NFL picks against the spread for Week 13. 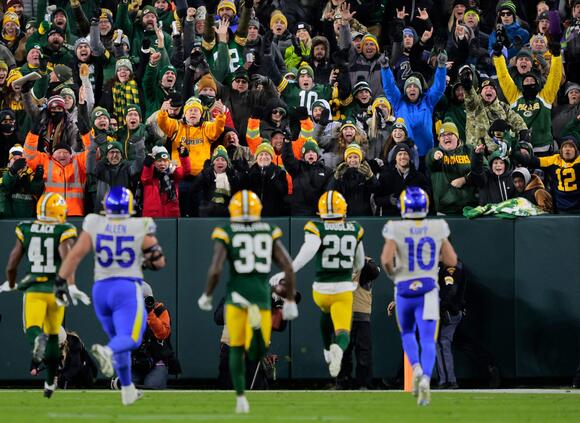 At 6-5 on the season , Denver is firmly in both the AFC West and playoff conversation. The team saved its season with an impressive 28-13 victory over the division-rival Los Angeles Chargers in Week 12. Riding an elite defense, the Broncos have won three of four. That span has seen them force a whopping seven turnovers.

This is bad news for a turnover-prone Chiefs squad that is giving it away an average of two times per game . Sure Kansas City is in the midst of a four-game winning steak. But the team’s turnover issues with keep this to within a one-score game when all is said and done. 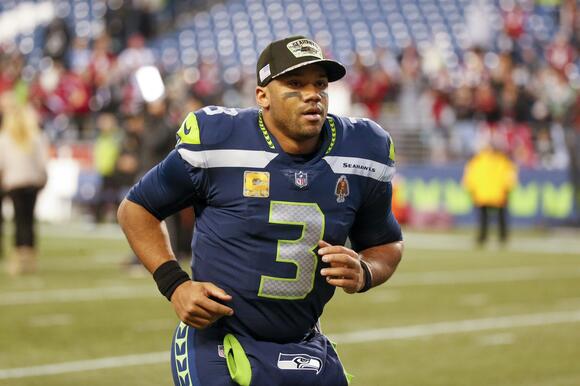 On the other side of the ledger, Buffalo has dropped two of its past four games. Sure Thanksgiving night’s 31-6 win over a hapless Saints squad gives Josh Allen and Co. confidence heading into a huge Monday Night Football outing. We’re just not seeing this team being able to take out one of the hottest squads in the NFL.

There was a time when the Ravens would have celebrated holding Le’Veon Bell to 48 yards on 11 carries. Not so long ago, he lived in their nightmares — those outside runs on which he’d wait and wait, then snap off a double-digit gain, or the pass routes on which he’d toy with some poor linebacker. As an All-Pro for the Pittsburgh Steelers, he played a starring role in some of the most painful ...
NFL・20 DAYS AGO
Tribune-Review

Cameron Heyward smiled and let out a quick chuckle. But the Pittsburgh Steelers veteran leader let it be known that the shot Warren Sapp took at him on social media this week was anything but playful banter. Heyward said Thursday he has “no relationship” with Sapp, four days after the...
NFL・11 DAYS AGO
CowboyMaven

FRISCO - It is a play that, given all the notable plays that occurred in Sunday night’s notable 20-16 Dallas Cowboys win at the Vikings, sort of traveled under the radar. But social media being what it is, Cowboys receiver CeeDee Lamb complaint that he was tackled on the sideline by Vikings safety Harrison Smith and they subjected to a dirty play is now garnering the attention it just might deserve.
NFL・26 DAYS AGO
The Spun

According to a report from Ian Rapoport, Detroit Lions veteran TE Darren Fells asked for and has been granted his release by the team. Fell will now go on waivers and can be claimed by any team interested. If he goes unclaimed, he will become a free agent. #Lions veteran...
NFL・21 DAYS AGO
New York Post

Travis Kelce and the Chiefs may have this Sunday off, but the tight end still made his weekend about football. Kelce and girlfriend Kayla Nicole attended Sunday’s Eagles game against the Giants at MetLife Stadium in New Jersey, where they got to watch his older brother, center Jason Kelce, in action.
NFL・1 DAY AGO
The Spun

On Tuesday, the Kansas City Chiefs and Pittsburgh Steelers agreed to a trade involving outside linebacker Melvin Ingram. According to multiple reports, the Chiefs have traded a sixth-round pick to the Steelers in return for Ingram. Ingram requested a trade last week due to a lack of playing time in...
NFL・27 DAYS AGO
Steven Bonifazi

Teddy Bridgewater #5 of the Denver Broncos reacts in the endzone before the game against the Los Angeles Chargers.(Justin Edmonds/Getty Images) (DENVER, Colo.) Greetings, good morning and happy Monday Denver!
DENVER, CO・18 HOURS AGO

Kansas City Chiefs quarterback Patrick Mahomes has impressed NFL fans, media members and opponents with an array of on-the-money deep balls, no-look passes and left-handed throws since entering the league. So much so, that anytime Mahomes throws an interception or makes a bad play, the NFL world is forced to remember that he is still mortal.
NFL・10 DAYS AGO
The Spun

The Pittsburgh Steelers were hit with some tough news on Saturday night. Less than 24 hours before the Steelers kickoff against the Detroit Lions, starting quarterback Ben Roethlisberger has been placed on the COVID-19/reserve list. Pittsburgh was a heavy favorite heading into tomorrow’s contest against the 0-8 Lions at Heinz...
NFL・16 DAYS AGO
CBS Denver

Against All Odds: NCAA and NFL Picks

Are you a degenerate gambler? Perhaps you’re someone who picks games against the spread just for fun and to see how smart you really aren’t? If this describes you, or if you just like to be entertained by a crazy sports columnist, you’re in luck, because you’ve stumbled across Against All Odds: NCAA and NFL Picks, a weekly post from the start of the football season, all the way to the Super Bowl, where me, Mike Drakulich (PSN), the man behind Pittsburgh SportsNation, takes on my father, Michael J. Drakulich (MJD), in picking NCAA and NFL games against the Vegas line! Check out the Draftkings welcome offer to see how you can win big and find many bonuses.
NFL・11 DAYS AGO

Ben Roethlisberger and the Pittsburgh Steelers are now 5-4-1 on the season following Sunday night’s loss to the Los Angeles
NFL・8 DAYS AGO
milehighsports.com

After getting flexed to SNF against the Chiefs, will the Broncos be prime or slime?

Just a hunch: Roger Goodell hasn’t watched a lot of Chiefs-Broncos games, in Kansas City, in December. Come to think of it, there’s a decent chance he hasn’t watched much of the Broncos at all lately. If he had, he’d know that the league’s recent decision to flex the Broncos-Chiefs...
NFL・5 DAYS AGO
theScore

The NFL has moved the Kansas City Chiefs and Denver Broncos into the Sunday Night Football slot for Week 13, replacing the Seattle Seahawks and San Francisco 49ers, according to ESPN's Field Yates. The Seahawks and Niners will play at 4:25 p.m. ET rather than under the lights. Kansas City...
NFL・6 DAYS AGO
Popculture

The NFL just made changes to a big game in Week 13. On Tuesday, the league announced it has moved to the Kansas City Chiefs vs. Denver Broncos to an 8:20 p.m. ET kickoff time and will air on NBC for Sunday Night Football. Another week 13 game that has been flexed is the San Francisco 49ers vs Seattle Seahawks game will move to 4:25 p.m. ET on CBS. Additionally, the Los Angeles Chargers vs. Cincinnati Bengals game will move from Fox to CBS while the Jacksonville Jaguars vs. Los Angeles Rams game will move from CBS to Fox.
NFL・6 DAYS AGO
Jets X-Factor

The eleventh week of the 2021 NFL season was no different than the ones before it: the underdogs made a lot of noise. No underdog was louder than the Houston Texans, who beat the top-seeded Tennessee Titans on the road. Another interesting upset was sponsored by the Indianapolis Colts. As...
NFL・5 DAYS AGO