By Pa Sport Staff
The Independent
26 days ago 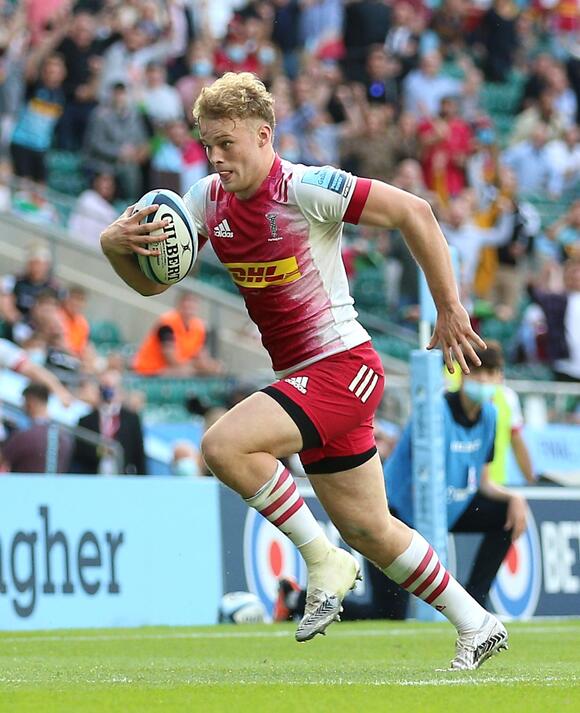 Louis Lynagh could become the latest British athlete to compete for a different country than a famous forebear after being selected for Eddie Jones’ England training squad.

The 20-year-old Harlequins full-back is the son of former Australia star Michael, who won 72 caps for the Wallabies and was part of their 1991 World Cup-winning team.

Here, the PA news agency takes a look at other sportsmen and sportswomen who have represented another nation to the one for which a parent of grandparent starred. 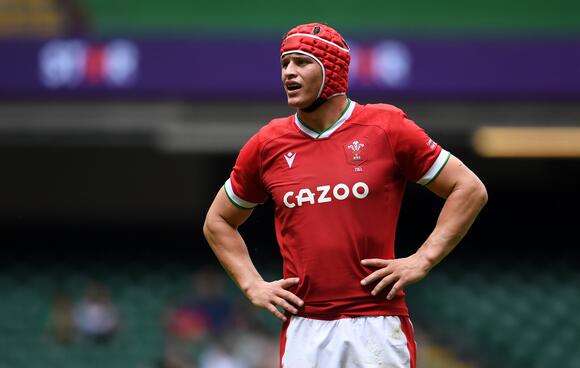 Lord Ian Botham remains one of England’s greatest cricketers, who 40 years on is remembered for the heroics which rescued an unlikely Ashes win over Australia at Headingley in 1981 and set up a remarkable series victory. Grandson James, 23, is a Cardiff Blues flanker – his father Liam played for Cardiff RFC – who has been capped nine times by Wales and has been tipped to have a bright international future.

The late Ged Stokes played rugby league as a prop forward for New Zealand and took charge of the Kiwis A team on their 2003 tour of Great Britain having moved to England to play for and later coach Workington before a spell with Whitehaven. Son Ben, who was born in Christchurch, New Zealand, but raised in Cumbria, has established himself as a mainstay of the England cricket team, famously batting them to World Cup glory in July 2019 before weeks later smashing a stunning 135 not out at Headingley to level the Ashes series at 1-1. 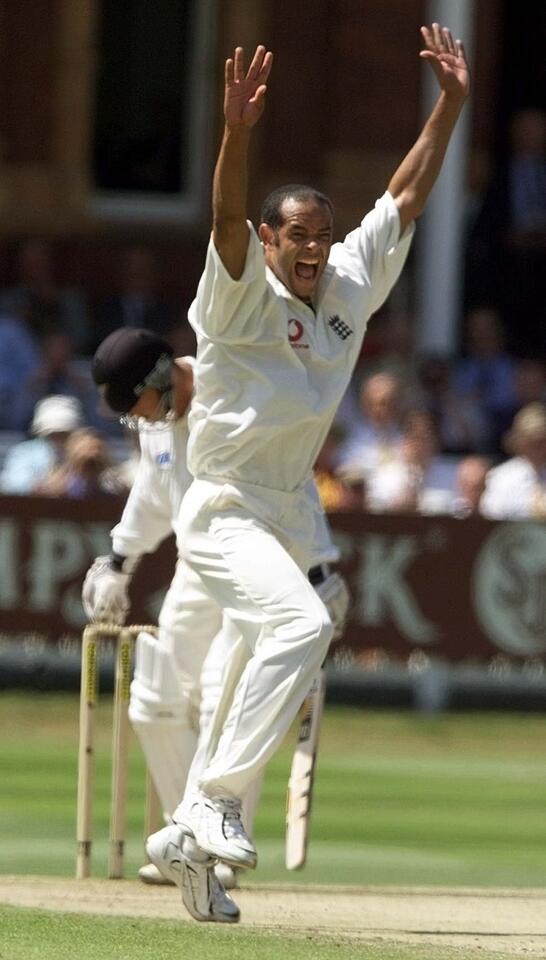 Panama-born George Headley, who scored 2,190 Test runs at an average of 60.83 in 22 appearances which yielded 10 centuries between 1930 and 1954, is widely regarded as the first of a West Indies dynasty of great batsmen. Son Ron, an opening batsman, played only two Tests for the West Indies, but enjoyed a distinguished career in county cricket with Worcestershire and Derbyshire. His Stourbridge-born son Dean made his name as a seam bowler, taking 60 Test wickets for England at an average of 27.85 in 15 matches. 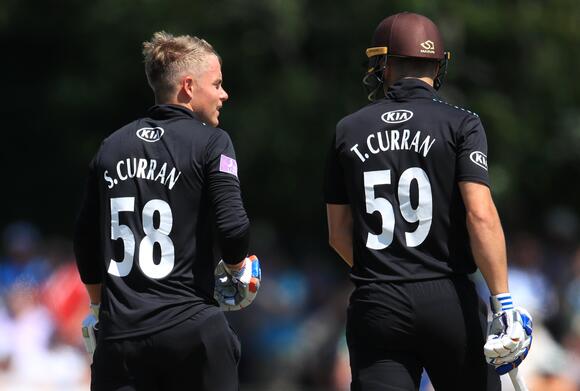 All-rounder Kevin Curran, who died at the age of 53 in 2012, played for Zimbabwe at both the 1983 and 1987 World Cups, but spent much of his career in England with Gloucestershire and Northamptonshire and opted not to return to his native country when it was granted Test status. Sons Tom and Sam, who are on the books at Surrey – brother Ben plays for Northants – have represented England in Test, one-day international and T20 cricket.

Soviet Union defender Sergei Baltacha won 45 senior international caps in a career which took him from Dynamo Kiev in his native Ukraine to Ipswich and St Johnstone. His Kiev-born daughter Elena, who died from liver cancer at the age of 30 in 2014, was a British number one who played Fed Cup and Olympic tennis for Great Britain and won 11 singles and four doubles titles on the ITF circuit.

Stokes initially had surgery four months ago after he picked up the injury playing in the Indian Premier League for Rajasthan Royals. While the finger is now on the mend, the 30-year-old is not expected to return from his indefinite leave any time soon. Stokes is currently taking a break...
SPORTS・11 DAYS AGO
newschain

England all-rounder Ben Stokes has undergone another operation on the left index finger that has contributed to his period of indefinite leave from cricket and placed his participation in this winter’s Ashes in serious doubt. Stokes has been on a sabbatical since the end of July, when it emerged he...
SPORTS・11 DAYS AGO
thehighlandsun.com

Ben Stokes has successfully undergone a second operation on his broken index finger but is unlikely to be named in England’s squad for the Ashes, the Daily Mirror reported on Wednesday. The 30-year-old all-rounder, who has been on an indefinite break since withdrawing from the home Test series against India...
SPORTS・11 DAYS AGO
The Independent

The England and Wales Cricket Board paved the way for giving a green light to this winter’s Ashes by issuing a new batch of 20 central contracts on Friday, with Ben Stokes retained in the midst of his ongoing hiatus while Jack Leach, Ollie Robinson and Dawid Malan all earned first-time deals.The news came shortly before a crucial board meeting in the evening, where the governing body was preparing to rubberstamp plans for the Test series in Australia despite the sudden departure of chairman Ian Watmore just 24 hours earlier.Many of those who will be called up to do battle...
SPORTS・9 DAYS AGO

Ben Stokes has undergone a second operation on his long-standing finger injury but remains unlikely to feature in England’s upcoming Ashes squad. Stokes has been on indefinite leave since the end of July in order to focus on his mental wellbeing and rest the left index finger the all-rounder first broke while fielding during the Indian Premier League in April.
SPORTS・11 DAYS AGO
newschain

Ben Stokes has given English cricket fans cause for optimism, posting pictures of himself gripping a bat properly for the first time in six months. Stokes is currently on an indefinite break from the game as he priorities his mental wellbeing, but he has also been rehabilitating from a nasty fracture in his let index finger.
SPORTS・6 DAYS AGO
The Guardian

Ben Stokes has been told to pick up the phone when he feels ready to return after Chris Silverwood, the England head coach, named his strongest available Ashes squad without any players pulling out due to travel concerns. Along with the pace of Jofra Archer, who is out for the...
SPORTS・7 DAYS AGO
The Independent

England head coach Chris Silverwood reserved special praise for his captain Joe Root as the squad for England’s upcoming Ashes series with Australia was confirmed. Silverwood hailed the “class and empathy” of Root’s leadership of the team which allowed the strongest possible squad to be selected for this winter Ashes tour.
SPORTS・6 DAYS AGO

Coach Dave Rennie says he still has hope of persuading Louis Lynagh, the son of Australia legend Michael Lynagh, to play for the Wallabies. Harlequins winger Lynagh, 20, was included in England's training camp for the first time last month. "We'll see how things go there... and whether there's any...
RUGBY・9 DAYS AGO
The Independent

Thomas Tuchel has admitted Premier League managers have little choice but to accept losing top players for pivotal matches due to international commitments.Thiago Silva will miss Saturday’s trip to Brentford due to his Brazil duties, with the experienced centre-back not even expected back in England until 24 hours before the match.Antonio Rudiger has returned from Germany action with a back injury and will miss the Bees clash, though Romelu Lukaku is fit to feature after muscle soreness cut short his time with Belgium.Tuchel believes football’s top talents simply play too many matches, but also revealed elite managers feel as though...
UEFA・2 DAYS AGO
goal.com

Mathys Tel: Rennes record-breaker out to follow in Camavinga's footsteps

The 16-year-old forward has already made four first-team appearances for the Ligue 1 outfit while having also impressed for France's age-group sides. Ajax, Borussia Dortmund, Barcelona, Chelsea – ask most football fans to name the best clubs for developing young talent in Europe and the usual suspects will almost always crop up.
PREMIER LEAGUE・3 DAYS AGO
The Independent

Raheem Sterling believes racist abuse is not taken as seriously as other topics. The Manchester City and England footballer has admitted to “taking a step back” from talking about the issue in the media and is instead trying to take more action within his limits. “I feel when it is...
SOCIETY・2 DAYS AGO

Kyle Coetzer believes Scotland possess the strongest squad that the country has ever assembled at a Twenty20 World Cup.Scotland start their campaign against Bangladesh in Muscat on Sunday with Oman and Papua New Guinea completing the Group B line-up.Holland, Ireland, Namibia and Sri Lanka make up Group A and the top two from each section will advance to the Super 12 stage.Afghanistan, Australia, England, India New Zealand, Pakistan, South Africa and West Indies have automatically qualified for the Super 12 stage.🏴󠁧󠁢󠁳󠁣󠁴󠁿 @CricketScotland are determined to make up for lost time at the #T20WorldCup 👊https://t.co/E2Nz0wCpJk— T20 World Cup (@T20WorldCup) October...
WORLD・1 DAY AGO
The Independent

Tottenham’s plans for Sunday’s Premier League trip to Newcastle have been plunged into chaos after two players tested positive for coronavirus. Both men, who trained with the group on Thursday, were shown to have contracted Covid-19 after tests in the last 24 hours. The two unnamed players must now isolate...
PREMIER LEAGUE・1 DAY AGO
AFP

Oman and Papua New Guinea open the Twenty 20 World Cup on Sunday in the unlikely surroundings of Al Amerat where the global showpiece gets underway after being chased out of India by Covid-19. The seventh World Cup begins with a double-header at the 3,000-seat venue outside Muscat. Later Sunday, Bangladesh face Scotland while Ireland, Namibia, Netherlands and 2014 champions Sri Lanka join the fray on Monday. The eight teams in the first round of qualifying are chasing four places in the Super 12 round-robin stage.
WORLD・1 DAY AGO
The Independent

MPs are to examine next week whether public money committed to considering a UK and Ireland bid to host the 2030 World Cup represents good value for the taxpayer. The cross-party Digital, Culture, Media and Sport (DCMS) committee will question funding body UK Sport on Tuesday about the £2.8million of Government money allocated to a feasibility study on whether to bid for the tournament.
UEFA・3 DAYS AGO
The Independent

Jurgen Klopp has hit out at the FA for their lack of communication after Curtis Jones picked up an injury on international duty with England Under 21s.The 20-year-old was absent from the 2-2 draw against Slovenia due to a groin problem. Ahead of the Under-21s’ match against Andorra four days later, manager Lee Carsley insisted England “definitely won’t be taking any risks.”Jones came off the bench in the second half to assist the winner for Arsenal’s Emile Smith Rowe, but Klopp has now revealed that the midfielder will be unavailable to face Watford this weekend. Klopp said: “Curtis Jones came...
PREMIER LEAGUE・2 DAYS AGO
The Independent

Liverpool manager Jurgen Klopp wants more direct communication with football’s decision-makers as he does not believe the current situation is benefiting the game. The German said he had spoken to Premier League chief executive Richard Masters only “once or twice” during his six years in England and did not think the league’s 14-vote threshold required to effect changes had produced much good for football in general.
UEFA・1 DAY AGO
The Independent

Sports stars and clubs across the world continue to provide an insight into their lives on social media.Here, the PA news agency looks at some of the best examples from October 17.FootballGary Neville and Jamie Carragher tussled over Manchester United’s form.🤐 That was before Villerreal and Everton at home! Not in this run of games. Nuance is lost on Twitter or with you. See you tomorrow 🤗 https://t.co/MO6ge2KAX3— Gary Neville (@GNev2) October 17, 2021David De Gea vowed United would stick together.We are stronger together. We stay UNITED and we fight for this shirt. Time to react 🔴 pic.twitter.com/ub0EUA6fXY— David de...
NFL・15 HOURS AGO
AFP

Who said what in sport this weekend

Who said what in sport this weekend: "Right now the value of those tickets is ridiculously high. So that's all I know, friends asking me for tickets left, right and centre, I refused."
SPORTS・8 HOURS AGO