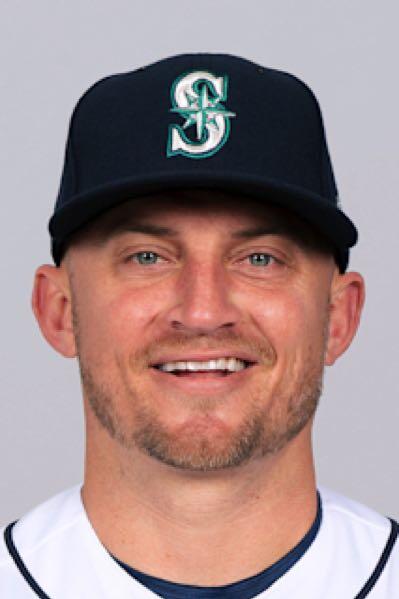 Sept. 20-26: Following the Seattle Mariners in their quest to be in the American League wild-card game.

Anderson gave up four hits and one run while striking out seven and walking one in seven innings. After Diego Castillo gave up a run, Paul Sewald pitched 1 2/3 innings of hitless ball.

Seattle is 81-69 and Oakland is 82-68. They are both chasing Boston, Toronto and New York Yankees for A.L. wild-card game berths.

In what could possibly be his final season as a Seattle Mariner, former UNC baseball standout Kyle Seager showed he still has a lot left in the tank. Over the final few weeks of the 2021 Major League Baseball season, one of the major storylines surrounded the Seattle Mariners. Before...
MLB・13 DAYS AGO
MyNorthwest.com

The Mariners’ magical run ended last weekend with a 90-72 record and a lack of a postseason berth. Fans were buzzing for the team in the final week-plus of the season, and are naturally very excited about what the next steps are for the Mariners. As he did every Thursday...
NFL・13 DAYS AGO
Sportsnaut

As the 2021 season concludes, baseball fans and teams are excited for the exciting crop of MLB free agents who
NFL・1 DAY AGO
The Spun

If the Boston Red Sox are going to take down the New York Yankees in the American League Wild Card Game tonight, they’ll need to do it without star slugger J.D. Martinez. Martinez was not included on Boston’s roster for the AL Wild Card Game due to a sprained left ankle. He suffered the injury in the fifth inning of Boston’s regular-season finale on Sunday.
MLB・18 DAYS AGO

The Los Angeles Dodgers were in a load of trouble long before star third baseman Justin Turner collapsed in a heap, but the optics of his late-game injury certainly didn’t help matters in NLCS Game 4. After all, it’s difficult to muster up one more rallying cry when your de...
MLB・1 DAY AGO
Larry Brown Sports

Carlos Correa had a message for Ryan Tepera after Correa’s Houston Astros knocked Tepera’s Chicago White Sox out of the playoffs on Tuesday. Correa’s Astros won Game 4 of their ALDS with the White Sox 10-1 in Chicago on Tuesday to clinch the series. The Astros had 10 runs on 14 hits in the game. Correa went 2-for-4 with two RBIs.
MLB・10 DAYS AGO

Why was Cardinals manager Mike Shildt fired? Team president John Mozeliak offered up an explanation that won’t make fans feel any better. The St. Louis Cardinals unceremoniously fired manager Mike Shildt on Friday. This after a historic 17-game winning streak turned the team’s season around so significantly that it clinched a spot in the postseason.
MLB・9 DAYS AGO
FanSided

Former St. Louis Cardinals player Skip Schumaker appears to be a candidate for the managerial opening. The St. Louis Cardinals’ move to fire manager Mike Shildt stunned the industry. No one, and I mean absolutely no one, saw it coming. Yet within minutes of the news to announce the move, candidates to replace Shildt at the helm had already begun to surface.
MLB・8 DAYS AGO
New York Post

Boston Red Sox fans let Kyle Schwarber have it for letting a pop-up land on the infield, and he probably had it coming. If you let Schwarber play first base long enough, something like this was bound to happen. The Sox knew this when they acquired him from the Washington Nationals, and they sure as hell didn’t trade for him because of his defensive ability.
MLB・28 DAYS AGO

Former St. Louis Cardinals manager Mike Shildt may not be down on his luck for long. Dennis Lin of The Athletic reported Sunday that the San Diego Padres are expected to interview Shildt for their managerial opening. The interview will be Shildt’s first since he was fired by the Cardinals last week.
MLB・5 DAYS AGO
Sportsnaut

ST. LOUIS -- Asked about the direction the Cardinals' organization will go after Mike Shildt was relieved of his managerial duties on Thursday, president of baseball John Mozeliak immediately pointed to “some quality internal candidates” who can lead St. Louis into its next phase. That tenor has carried throughout the organization’s lengthy and successful history.
MLB・8 DAYS AGO
Larry Brown Sports

Justin Verlander may not be able to help the Houston Astros in their quest for another World Series title, but the star pitcher had some advice for the team during the first game of the ALCS. Carlos Correa helped the Houston Astros come from behind to beat the Boston Red...
MLB・7 DAYS AGO
CBS Sports

Verlander (elbow) is expected to receive a qualifying offer from the Astros this offseason, Chandler Rome of the Houston Chronicle reports. Verlander could potentially have an interesting decision on his hands. If healthy, he'd almost certainly receive more than the qualifying offer, which was worth $18.9 million over one year last year. He'll enter next season as a 39-year-old coming off of Tommy John surgery, so it's much less clear what his value will be on the open market. If he rejects the offer and signs elsewhere, Houston will receive draft-pick compensation.
MLB・16 DAYS AGO
USA TODAY

It's the question everyone is asking: Why is Joc Pederson wearing a pearl necklace? If there's anyone who can pull it off, it's the Braves outfielder.
MLB・2 DAYS AGO
whdh.com

BOSTON (WHDH) - An impressive play by a Red Sox ball girl is getting the attention of some major league players. The catch by Camille Desrochers during Game 5 of the ALCS drew a round of applause from fans and even the opposing team.. “There was a righty on the...
BOSTON, MA・1 DAY AGO