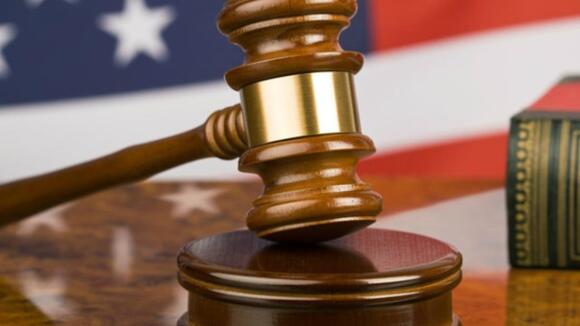 BALTIMORE (WJZ) — A federal grand jury has returned an indictment charging three Maryland men on federal charges related to a scheme to receive more than $2.7 million in unemployment benefits.

According to the 13-count indictment, from February 2020 through February 2021, Njokem, Tabe, Atekwane along with others impersonated victims in order to submit fraudulent UI claims.  To do this, the defendants obtained the personally identifiable information (PII) of victims. The defendants shared the PII amongst themselves and with others and used the victims’ PII to submit fraudulent applications for UI benefits in Maryland, Michigan, and Tennessee.

The applications contained false information like contact information, addresses, work availability and that they were newly unemployed. They used false physical addresses for the applications so that any money paid to them by the state would go to them and not the victims.

The indictment also details that once the defendants received the unemployment debit cards, they made cash withdrawals and other transactions throughout Maryland.

The indictment says that due to the conspiracy, Njokem, Tabe, Atekwane, and others caused at least 600 fraudulent UI claims to be submitted in Maryland, Michigan, Tennessee, and at least sixteen other states, resulting in more than 2.7 million dollars in actual losses.

If convicted, the defendants face a maximum sentence of 20 years in federal prison for conspiracy to commit wire fraud and for each of the nine counts of wire fraud.

The defendants each also face a mandatory sentence of two years in federal prison, consecutive to any other sentence imposed, for aggravated identity theft.

i know a few people that need to be charged for this. lazy people who dont want to work. i did advise them you will get caught. one of my boyfriend friends had 3 unemployment cards. which is wrong. this is wrong to say but i hope they catch him too. they will all get caught 2021 tax year.

MANCHESTER, Conn. (AP) — Two Connecticut men have been accused of allowing federal food aid recipients to redeem their benefits for cash and other ineligible items at a convenience store while charging them a nearly 50% premium for the transactions. The owner of the Manchester store and gas station and...
MANCHESTER, CT・14 DAYS AGO
arizonadailyindependent.com

Additional felony election fraud charges have been filed against a school board member in Yuma County who was already awaiting trial for the same kind of crime. Guillermina Fuentes, who serves on the San Luis School District Board, is now facing four felony counts instead of just the one contained in a December 2020 indictment. That is according to a spokesperson for Arizona Attorney General Mark Brnovich, who released the new indictment Tuesday.
SAN LUIS, AZ・11 DAYS AGO
KRMS Radio

An Eldon man is among two others indicted by a federal grand jury in connection to using the identities of dead people to try bilking almost half-a-million dollars in covid relief funding. The U.S. Attorney General’s Office identifies 40-year-old Lamar Johnson along with a 39-year-old Warren Watkins and 25-year-old Marissia Jackson, both from Kansas City, as being involved in the scheme which included the filing of 238 false claims under the CARES Act. The federal indictment also charges that the trio was involved in filing other false claims, wire fraud and aggravated identity death. The attempted conspiracy covered a time period from March 2020 to April 2021. The case was investigated by the IRS Criminal.
ELDON, MO・20 HOURS AGO
NottinghamMD.com

Federal prosecutors brought charges in Manhattan against 18 former NBA players for allegedly defrauding the league's health and welfare plan between 2017 and 2020. According to authorities, 16 of the 18 are in custody after a series of arrests around the country. They face charges of conspiracy to commit health care and wire fraud along with aggravated identity theft.
NBA・9 DAYS AGO
WCVB

BOSTON — A former Boston police officer will plead guilty in connection with an ongoing investigation of overtime fraud at the department’s evidence warehouse, according to the U.S. Attorney’s Office. Thomas Nee, 64, of Quincy, agreed to plead guilty to one count of conspiracy to commit theft concerning programs receiving...
BOSTON, MA・12 DAYS AGO
wisr680.com

An inmate in the Lawrence County Jail was sentenced to more prison time after fraudulently receiving pandemic unemployment benefits. 24-year-old Tylan Huddleston of New Castle was sentenced to six months in prison followed by two years of supervised release. According to the court, Huddleston committed mail fraud with help from...
NEW CASTLE, PA・9 DAYS AGO
Shore News Network

Fourteen people from northern Michigan face felony charges in a scheme to defraud an insurance company out of $3 million, the state announced Monday. The Michigan Department of Insurance and Financial Services (DIFS) and Ogemaw County Sheriff’s Office teamed up on the investigation and found enough evidence to charge the 14 individuals. They have been arraigned and are awaiting initial hearings in the case.
MICHIGAN STATE・5 DAYS AGO
WNEM

Fourteen individuals are facing insurance fraud and theft charges for allegedly submitting nearly $3 million in false insurance claims, according to the Michigan Department of Insurance and Financial Services (DIFS). The charges were issued after a joint investigation between DIFS and the Ogemaw County Sheriff’s Office. The individuals are accused...
PUBLIC SAFETY・5 DAYS AGO
inForney.com

By: KDKA-TV News Staff PITTSBURGH (KDKA) — A couple out of Maryland is facing espionage-related charges after they allegedly tried to exchange confidential data to an FBI agent posing as a foreign official. The United States Department of Justice (DOJ) arrested 42-year-old Jonathan Toebbe and his wife, 45-year-old Diana Toebbe, on Saturday in West Virginia. The DOJ accuses Jonathan Toebbe of attempting to contact a foreign official, who he did not know was actually an undercover FBI agent, about nuclear-powered warships. Toebbe was a nuclear engineer with the Navy. Officials allege in April of 2020, he sent a package with some of the restricted data and offered more data in exchange for payment to a foreign government. The package had a return address in Pittsburgh. Over a year, Toebbe allegedly sent SD cards with encrypted data at drop-off locations in multiple states, and the FBI said they discovered data on submarine nuclear reactors on the cards. They also accuse his wife of acting as a lookout when Toebbe would drop off the SD cards. The Toebbes will appear in federal court on Tuesday. The FBI and Naval Criminal Investigative Service continue to investigate.
PITTSBURGH, PA・6 DAYS AGO

OGEMAW COUNTY, Mich. (WJRT) - Fourteen people from Mid-Michigan are facing charges from an alleged insurance fraud scheme to steal $3 million from Aflac. Investigators say the suspects all submitted fake injury claims to the supplemental insurance provider and indicated they received treatment at the Ogemaw Chiropractic Clinic, which they never received. Aflac says it paid out about $3 million for the alleged false claims.
OGEMAW COUNTY, MI・5 DAYS AGO
krcgtv.com

An Eldon man is one of three accused of a scheme where they used the identities of dead people to steal $437,000. Prosecutors charged Lamar K. Johnson, 40, Eldon, Warren W. Watkins, 39, and Marissia Jackson, 25, both of Kansas City, Mo., with 37 counts. Watkins, Jackson, and Johnson are...
ELDON, MO・2 DAYS AGO
WJLA

TAYLOR, MICHIGAN, October 6, 2021 ~ Tuesday, federal prosecutors brought out new allegations against Taylor Mayor Rick Sollars for cashing campaign checks in exchange for cash and scratch-off lottery tickets at a party store in Taylor. The allegations are part of a new criminal case against a new co-conspirator, while...
TAYLOR, MI・10 DAYS AGO
WDVM 25

MARTINSBURG, W.Va. (WDVM) — A federal judge in Martinsburg, West Virginia ordered a Maryland couple held in confinement on charges they tried to sell U.S. nuclear submarine secrets. A black unmarked van driven by U.S. Marshals whisked Jonathan and Diana Toebbe away from the federal courthouse in Martinsburg after their preliminary hearing on espionage charges. […]
MARYLAND STATE・4 DAYS AGO
ABCNY

Prosecutors say the defendants secured free hotel rooms by falsely claiming to be health care workers and then sold those rooms to other people.
NEW YORK CITY, NY・11 DAYS AGO