By Kate Scanlon
WashingtonExaminer
28 days ago 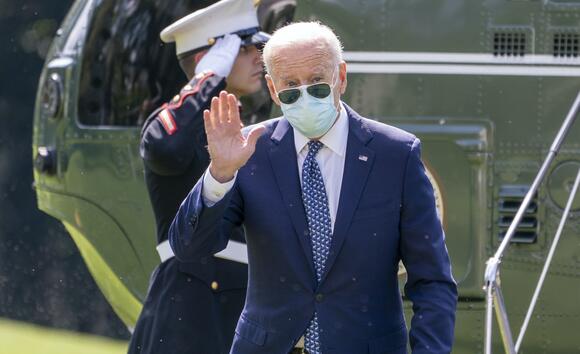 T he Biden administration said on Monday that it “strongly supports” a bill the House will consider this week that would block many state-level abortion restrictions.

A statement of administration policy from the Office of Management and Budget said the White House “strongly supports House passage of H.R. 3755, the Women’s Health Protection Act of 2021.”

The Women’s Health Protection Act would give medical providers the right to perform abortions and would override certain state-level restrictions, such as bans on abortion via telemedicine or requiring abortion providers to have admitting privileges at a nearby hospital.

The bill is poised to pass in the House but unlikely to pass the Senate.

Tom McClusky, president of March for Life Action, told the Washington Examiner that “Joe Biden’s descent into abortion extremism has reached a new low with his support of this legislation."

"This bill goes far beyond codifying Roe v. Wade . It seeks to overturn the hundreds of state laws across the nation that protect women and the unborn — and would effectively outlaw new pro-life laws without federal permission,” McClusky said.

Abortion rights activists and lawmakers called for the passage of the Women’s Health Protection Act in response to a Texas law prohibiting abortion after six weeks unless a woman’s life is in danger.

The Texas law, Senate Bill 8 , has another controversial provision permitting any person to bring a civil action against anyone who performs an abortion procedure or “aids or abets” an abortion procedure after six weeks. The Supreme Court declined to block the law from going into effect earlier this month on procedural grounds.

“In the wake of Texas’ unprecedented attack, it has never been more important to codify this constitutional right and to strengthen health care access for all women, regardless of where they live,” the statement said. “The Administration looks forward to working with Congress as the Women’s Health Protection Act advances through the legislative process to ensure that this bill codifies and is consistent with the protections established by Roe and subsequent Supreme Court precedent.”

After the Supreme Court’s decision, White House press secretary Jen Psaki said the administration was “looking at a range of options in Congress” but did not specify whether the president supported the Women’s Health Protection Act specifically.

The bill likely lacks the votes to pass the Senate. Forty-eight of the upper chamber’s Democrats signed on as co-sponsors, but two — Joe Manchin of West Virginia and Bob Casey of Pennsylvania — did not. If both Casey and Manchin oppose the bill in the Senate, then Democrats would need to gain the support of pro-abortion Republicans such as Sens. Susan Collins of Maine or Lisa Murkowski of Alaska.

Hey why not. Every other idea he's had has worked out splendidly🤷🏼‍♂️ Just look at how many children he's murdered. All according to plan.

President Joe Biden, eager to revive stalled negotiations on his economic agenda, will meet with warring House Democrats this week in a bid to reach a deal.
WASHINGTON, DC・14 HOURS AGO
WashingtonExaminer

Sen. Joe Manchin, the West Virginia centrist and one of two holdouts on a massive Democratic spending bill, emerged from the U.S. Capitol Monday by the side of Senate Budget Committee Chairman and socialist Bernie Sanders, who has slammed Manchin for refusing to support a $3.5 trillion measure.
WASHINGTON, DC・10 HOURS AGO
WashingtonExaminer

The White House has distanced itself from a key Democratic senator's call to include a ban on federal money being used to fund most abortions in its massive, partisan social welfare and climate spending proposal.
PRESIDENTIAL ELECTION・14 DAYS AGO
Vox

Democrats are terrified of what the future holds for them in the United States Senate. The party currently controls half the seats in the chamber, giving them, with Vice President Harris’s tie-breaking vote, the narrowest possible majority. But some in the party — like pollster David Shor, recently profiled by Ezra Klein in the New York Times — believe demographic trends put Democrats at grave risk of falling into a deep hole over the next two election cycles.
CONGRESS & COURTS・20 HOURS AGO

As part of its comprehensive investigation, the bipartisan House committee examining the Jan. 6 attack is seeking materials from the White House — not because the Biden administration bears responsibility for the insurrectionist riot, but because its predecessor does. As we've discussed, Donald Trump, eager to hide as much information...
POTUS・21 HOURS AGO
WPRI 12 News

The Biden administration is asking the Supreme Court to block the Texas law banning most abortions, while the fight over the measure’s constitutionality plays out in the courts.
TEXAS STATE・15 HOURS AGO
Business Insider

Progressives have grown frustrated with Arizona Sen. Sinema, who has made headlines in recent months for posing roadblocks to Biden's agenda.
CONGRESS & COURTS・2 DAYS AGO
Daily Mail

The Biden administration on Monday asked the Supreme Court to block Texas's restrictive law banning most abortions, while the fight over the measure's constitutionality plays out in the courts. The Justice Department asked Justices to lift an order imposed by a conservative federal appeals court that's enabled Texas to continue...
CONGRESS & COURTS・16 HOURS AGO

A Republican resistance is rising across the U.S.
TEXAS STATE・1 HOUR AGO
hilltopviewsonline.com

After more than 600 new laws were passed in Texas on Sept. 1, the state erupted into disarray as people took different viewpoints on some of the well-known issues addressed. One of the more pressing issues people spoke of was the Heartbeat Bill, which almost completely criminalizes abortion. My social...
CONGRESS & COURTS・11 DAYS AGO
Dallas News

AUSTIN — Both sides were quick to claim victory Thursday after a federal judge Wednesday night blocked a new Texas law that banned abortions after six weeks and allowed private citizens to file lawsuits against anyone who facilitated the procedure. The preliminary injunction issued by U.S. District Judge Robert Pitman...
TEXAS STATE・11 DAYS AGO
The Independent

A federal judge in Texas has blocked the state’s controversial and restrictive new abortion law, which bans the procedure in almost all cases. The ruling by US District Judge Robert Pitman means medical professionals can again offer abortions in the state after around six weeks of pregnancy, without being sued by members of the public.
CONGRESS & COURTS・12 DAYS AGO

A US federal judge on Wednesday temporarily blocked a law that bans most abortions in Texas as part of a conservative drive to deny access to the procedure. The statute, which went into force on September 1, prohibits abortions as soon as a  heartbeat is detectable, usually at around six weeks of pregnancy, before many women even know they are pregnant. There are no exceptions for cases of incest or rape. US District Judge Robert Pitman in Austin granted the request from President Joe Biden's administration to block enforcement of the law pending further litigation, on grounds it violates the US constitution. Texas can appeal. In his 113-page ruling, Pitman said Texas officials had created an "unprecedented and aggressive scheme to deprive its citizens of a significant and well-established constitutional right."
TEXAS STATE・12 DAYS AGO
Reuters

WASHINGTON, Oct 5 (Reuters) - President Joe Biden had a "productive discussion" with a group of moderate Democratic members of the House of Representatives on Tuesday about the $1 trillion infrastructure bill and his larger social spending bill, the White House said. "The group renewed their commitment to getting each...
PRESIDENTIAL ELECTION・13 DAYS AGO
NBC News

WASHINGTON — The White House is looking to reset the messaging this week around its multitrillion-dollar spending bills deadlocked in Congress, as President Joe Biden hits the road to pitch popular elements of the package. Officials are hoping to get the focus back on the content of the bills, like...
WHITE HOUSE, TN・14 DAYS AGO
MSNBC

It’s almost opening day for the most important court in the land, the U.S. Supreme Court. While there might not be a marching band present to usher in the first day of the new term on Monday, there will surely be some fireworks this Supreme Court season. This year we...
CONGRESS & COURTS・16 DAYS AGO

The White House is contending opposition to its tax enforcement proposals, targeting amounts as small as $600, is based on banks being too lazy to deal with the extra paperwork.
POTUS・15 HOURS AGO
WashingtonExaminer

House Republicans, who unanimously oppose a plan by Democrats to jam through a massive social welfare package, will launch their own campaign next week condemning the legislation as “welfare expansion.”
CONGRESS & COURTS・22 HOURS AGO
WashingtonExaminer

The White House is attempting to walk back President Joe Biden’s assertion that any person who defies a subpoena from the Jan. 6 congressional committee should face federal prosecution.
POTUS・14 HOURS AGO
WashingtonExaminer

The Department of Justice requested Monday that the Supreme Court temporarily block enforcement of the Texas law outlawing abortion procedures after six weeks of pregnancy.
TEXAS STATE・15 HOURS AGO