By Georgina Tzanetos
GOBankingRates
15 days ago 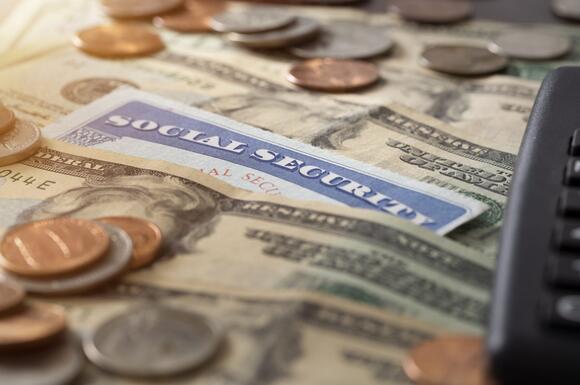 After a year of unprecedented stimulus program spending , the country has reached its debt limit. Now, if Congress does not suspend or raise the debt ceiling, it risks missing payments to both Social Security and the military.

U.S. Treasury Secretary Janet Yellen told House Speaker Nancy Pelosi in a recent letter that the Treasury would run out of money by Oct. 18 if the debt ceiling is not raised. The federal government’s fiscal calendar runs from Oct. 1 to Sept. 30, meaning there is very little time to make decisions.

The government has two separate goals — to fund the government further in general to avoid shutdown, and to then raise the debt ceiling.

Funding the government means that lawmakers convene to decide on how much to spend on future bills and plan for the upcoming year’s budget. Disagreements result in a government shutdown. Within these conversations, should the government decide not to increase the debt ceiling, the government then faces the risk of default.

Government shutdowns are rare, but the longest in history happened just two years ago in 2019 when President Donald Trump held office, which lasted for 35 days. Conversations about increasing the debt ceiling are a little more complex than shutting down the government — and also hold far more potential dangers.

The debt ceiling is a term used for the amount of money the U.S. government has agreed the government can legally hold. Legislators decide to increase the limit to a certain amount or suspend it entirely until a certain date when the ceiling would then be imposed at whatever level the debt is on that day — essentially extending it to a further out date.

In 2019, a two-year extension was granted, which expired at the end of July. CNBC explains that the Treasury Department has not been able to issue new bonds to finance prior congressional spending. This creates the problem of preventing the government from honoring spending that has already occurred.

The debt ceiling would have to be increased or suspended in order to allow the Treasury to continue to pay receipts for purchases the government already made in the past. With the Treasury unable to foot the recent spending, it has dipped into a risky pot to cover its costs — Social Security.

In a piece written by Yellen for the WSJ, Yellen explicitly stated that if the debt ceiling was not raised, then sometime in October, “the Treasury Department’s cash balance will fall to an insufficient level, and the federal government will be unable to pay its bills.”

The implications for default go beyond politics. Yellen stressed that should the United States default on its fiscal obligations, the everyday consumer will be affected.

Plan: How Much You Should Have in Your Retirement Fund at Ages 30, 40, 50 and 60
Compare: All the States That Don’t Tax Social Security

“We can borrow more cheaply than almost any other country, and defaulting would jeopardize this enviable fiscal position. It would also make America a more expensive place to live, as the higher cost of borrowing would fall on consumers ,” Yellen stressed. “Mortgage payments, car loans, credit card bills — everything that is purchased with credit would be costlier after default.”

This article originally appeared on GOBankingRates.com : Social Security Payments Could Be Greatly Impacted If Debt Ceiling Not Raised

We worked for years to get SS ,come across the border illegally and they give you our money and we get nothing.Next we will all be living in tents on the street

No social security , no military pay , but I'll bet the politicians don't miss any paychecks or vacations for that matter.

$1,400 Monthly Stimulus Payments Could Be Given To Selected Americans; IRS To Release Another Payments To Qualified Families

On October 15, 2021, new stimulus funds will be distributed. It is the most current installment of the federal Child Tax Credit expansion. That payout, as well as a large sum of money, was made available to citizens as part of the American Rescue Plan, which was signed into law by President Joe Biden in March, Fox45 Baltimore news reported.
U.S. POLITICS・18 HOURS AGO
GOBankingRates

Social Security Benefits Might Get Cut Early — What Does It Mean for You?

Last week's news that Social Security benefits could be slashed sooner than expected set off alarm bells for Americans whose retirement plans have already been disrupted by COVID-19. But financial...
EDUCATION・6 HOURS AGO
Corning Evening Times

Are you ready for your bank-account information to be monitored by the IRS? | Opinion

There are many reasons to dislike President Biden’s proposal to review every bank account with a $600 balance or with more than $600 in transactions in a year — in other words, pretty much everyone who doesn’t hide their money under a mattress. First and foremost, it’s an invasion of...
PERSONAL FINANCE・1 DAY AGO
WKRC

This group of Americans is angling for new $1,400 stimulus checks

BALTIMORE (WBFF/WKRC) - New payments were sent out on October 15 as the most recent installment of the expanded federal Child Tax Credit. That payment and a lot of other money was made available to people as part of the American Rescue Plan signed into law by President Joe Biden back in March.
BALTIMORE, OH・2 DAYS AGO

Will Social Security recipients get a 4th stimulus check?

While it is unlikely that the general public will get a fourth stimulus check, an influential, non-partisan group that lobbies on behalf of senior citizens is trying to persuade Congress to send a $1,400 check to Social Security recipients so they can battle inflation. The Senior Citizens League sent a...
BUSINESS・1 DAY AGO
GOBankingRates

Social Security Eligibility: What It Takes to Receive Max Monthly $3,895

Married or Divorced? You Could Collect an Extra $795 per Month in Social Security Benefits

Social Security benefits can potentially make or break retirement, so it's wise to ensure you're making the most of them. One way to maximize your benefits is to double-check the types of Social Security you're eligible to receive. If you're married or divorced, you may be entitled to extra money each month. In some cases, you could receive several hundred, or even more than $1,000 per month in additional benefits.
RELATIONSHIP ADVICE・2 DAYS AGO
leedaily.com

Since the United States is facing a continuous rise in inflation, less job surplus, and a weakened supply chain, new research shows that the citizen’s maximum requirement of a stimulus check at the starting of the covid-19 pandemic perpetuates to struggle utmost. Previous Three Stimulus Checks Critical for Lower Income...
INCOME TAX・21 HOURS AGO

If you want to retire comfortably, then you need to start planning now. By understanding how to maximize your Social Security benefits, you won't have to worry.
PERSONAL FINANCE・5 HOURS AGO
GOBankingRates

Some retirees are surprised to learn that the federal government, in certain circumstances, taxes Social Security benefits. Even more surprising to some is that certain individual states also apply...
INCOME TAX・1 DAY AGO
CNBC

Social Security beneficiaries will soon see the biggest jump in monthly checks in 40 years. How to prepare

People who collect Social Security are about to see bigger checks. The cost-of-living adjustment in 2022 will be 5.9%, the Social Security Administration said Wednesday. The bump, which will help beneficiaries keep up with rising costs due to inflation, is the largest increase in about 40 years. The adjustment will...
PERSONAL FINANCE・15 HOURS AGO

Applying for and obtaining social security benefits can be confusing -- but these five can be easily claimed online. Before you register for or use any of the online tools for SSA benefits, you'll...
PERSONAL FINANCE・16 HOURS AGO
WJW FOX 8 News Cleveland

As the U.S. confronts rising inflation, slower job gains and a crippled supply chain, a new study finds that the Americans most in need of a stimulus check at the beginning of the pandemic continue to suffer most.
BUSINESS・9 HOURS AGO
MyChesCo

WASHINGTON, D.C. — The IRS has set forth the information that taxpayers will be required to include for a research credit claim for refund to be considered valid. Existing Treasury Regulations require that for a refund claim to be valid, it must set forth sufficient facts to apprise IRS of the basis of the claim. The Chief Counsel memorandum will be used to improve tax administration with clearer instructions for eligible taxpayers to claim the credit while reducing the number of disputes over such claims.
PERSONAL FINANCE・8 HOURS AGO
CBS Atlanta

(CBS Baltimore) —  The pandemic continues well after COVID first shut down the economy. The Delta variant is still causing positive cases, and President Biden has instituted stronger efforts to encourage vaccines. The broad economy has made strong gains overall. But some people have yet to experience any real improvement. Unemployment still exceeds pre-pandemic levels, even with jobs widely available in certain sectors. The federal unemployment bonus ended over a month ago. Millions of people remain short of food and behind on bills, and a fourth stimulus check could help. A few places, including California, have recognized that need for...
BUSINESS・2 DAYS AGO
WKRN News 2

Social Security increase: More cash on the way for seniors

Millions of Americans on Social Security will soon have more money in their pockets.
CHARLESTON, WV・1 DAY AGO
FOXBusiness

EXCLUSIVE: House Republicans plan to unveil a bill on Friday to block the Biden administration's deeply controversial proposal to give the Internal Revenue Service additional scrutiny over most Americans' bank accounts in order to crack down on wealthy tax cheats. The GOP lawmakers' legislation – known as the Prohibiting IRS...
CONGRESS & COURTS・2 DAYS AGO
The Motley Fool

Never Worked? You May Still Be Entitled to Social Security Retirement Benefits

Starting Social Security at 62 Could Net You an Extra $20,000 in This Situation

There are few hard-and-fast rules when it comes to Social Security. You may have heard some people say that it's not a good idea to sign up for benefits right away at 62 because you'll shrink your checks. While this is true, that doesn't mean it's always the wrong move.
PERSONAL FINANCE・2 DAYS AGO