Maryland police investigate fatal crashes over the past week 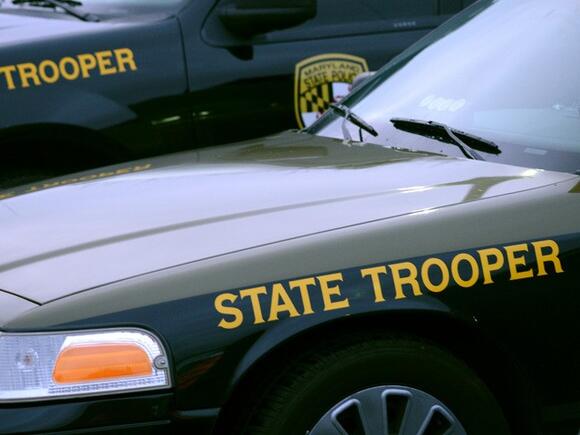 Seven separate fatal vehicle crashes occurred over the past week and state police are looking for answers as to what's going on.

The most recent accident occurred Sunday evening in Howard county when a 56-year-old Harold Joseph Sweeney III died in a multi-vehicle crash. At about 8:55 p.m., troopers from the Waterloo Barrack responded to a crash involving a 2021 Honda CBR1000 motorcycle and 2005 Buick Lacrosse that occurred when both vehicles were traveling east in the area of I-70 and Maryland Route 32 in Marriottsville, Maryland.

An investigation revealed that the motorcycle rear-ended the Buick and Sweeney was ejected from his vehicle. Sweeney was transported to the R Adams Cowley Shock Trauma Center in Baltimore, where he later died. The driver of the Buick, a female, was transported to Howard County General Hospital for treatment of her injuries. The cause of the crash remains under investigation and Eastbound I-70 was closed for about an hour after the accident.

There's also an investigation for three fatal crashes in Worcester County and one each in Baltimore, Somerset and Prince George’s counties. For the year, Maryland State Police have investigated 137 fatal crashes, up from 120 at the same point in 2020 which is a 17 percent increase over the past year. Troopers have also responded to 16,165 crashes in 2021, up from 14,224 over the same period in 2020. Troopers have also recorded 4,849 DUI arrests in 2021, up from 4,401 at the same point last year.

Troopers have conducted initiatives over the past year to reduce vehicle fatalities including a partnership with the Maryland Transportation Authority Police, Montgomery County Police, and the Prince George’s County Police to conduct a cooperative high visibility patrol initiative late Friday night into early Saturday morning.

Efforts were focused on I-495 from the Woodrow Wilson Bridge, the American Legion Memorial Bridge, and on US Route 50 from Washington D.C to the Anne Arundel County line as well as major roadways leading to them.

The state police are looking to reduce DUI related accidents, recording 7 DUI arrests, while making 19 traffic stops and issuing 54 citations and 10 warnings over the weekend. The SPIDRE Team has recorded 260 DUI arrests in 2021. The state has also recorded 291 traffic stops, while issuing 315 citations, 205 warnings, 80 safety equipment repair orders and 8 civil citations. Troopers and officers removed 21 impaired drivers from the roadways and seized two illegal guns. In addition, there were five people arrested on warrants and other criminal charges.

Maryland State Police say they will continue traffic safety initiatives throughout the coming months focusing on areas where crash data indicates they are most needed.

A man was killed after argument at a bowling alley on Saturday. Just after 11:00 p.m. on Friday night, officers were called to Bowlero in the 2100 block of York Road in Timonium. Police found 48-year-old Anthony Cooper who had been shot in the upper body.
TIMONIUM, MD・13 HOURS AGO
WMAR 2 News Baltimore

It was a bad night for a 19-year-old from Middle River on Wednesday.
ANNE ARUNDEL COUNTY, MD・2 DAYS AGO
WMAR 2 News Baltimore

It is a domestic abuse case that has struck a nerve at the University of Delaware. “Abusers beware! Violence ain’t welcome here!” student protestors chanted earlier this week.
MARYLAND STATE・2 DAYS AGO

Odenton woman injured by stray bullet while sitting in her apartment

Police say they have a suspect in custody following a Friday afternoon shooting in Odenton.
ODENTON, MD・1 DAY AGO
WMAR 2 News Baltimore

Two suspects have been arrested and charged for a double shooting that happened in August.
BALTIMORE, MD・1 DAY AGO
WMAR 2 News Baltimore

Police say a Maryland man violently assaulted a woman for hours inside an apartment in Delaware.
DELAWARE STATE・3 DAYS AGO
WMAR 2 News Baltimore

New speed and red light cameras are about to be activated in the city.
BALTIMORE, MD・2 DAYS AGO

Police are investigating a double shooting in Salisbury that left a 42-year-old man dead and a woman injured.
SALISBURY, MD・3 DAYS AGO
WMAR 2 News Baltimore

Howard County Police responded to the 10600 block of Gramercy Place just before 6 p.m. and found a man near the apartment complex suffering from gunshot wounds.
COLUMBIA, MD・4 DAYS AGO
WMAR 2 News Baltimore

Baltimore County pays $6.5 million to family of man fatally shot by police in 2019

Baltimore County has agreed to a $6.5 million settlement with the family of a man fatally shot by a police officer in November 2019.
BALTIMORE COUNTY, MD・4 DAYS AGO

One person was taken to the hospital for smoke inhalation after a fire in Baltimore City.
BALTIMORE, MD・3 DAYS AGO
WMAR 2 News Baltimore

An Edgewood man is being held without bail after allegedly running over a sheriff's deputy, leading to a highway pursuit.
EDGEWOOD, MD・4 DAYS AGO
WMAR 2 News Baltimore

Baltimore Police are looking for a missing 82-year-old woman who was last seen at around 9 p.m. in the 3800 block of Lewin Avenue.
BALTIMORE, MD・3 DAYS AGO
WMAR 2 News Baltimore

An investigation is underway after a kayaker discovered a man dead in the Susquehanna River near Port Deposit.
PORT DEPOSIT, MD・3 DAYS AGO
WMAR 2 News Baltimore

Howard County Fire is at the scene of a basement fire in the 6500 block of Mare Ct in Western Howard County.
HOWARD COUNTY, MD・2 DAYS AGO
WMAR 2 News Baltimore

An Annapolis married couple remains in federal custody after appearing before a federal judge on Tuesday.
ANNAPOLIS, MD・3 DAYS AGO
WMAR 2 News Baltimore

A Baltimore man has been arrested and charged with 1st Degree Murder following a September shooting.
BALTIMORE, MD・4 DAYS AGO
WMAR 2 News Baltimore

An investigation is underway after a motorcycle accident occurred early this morning.
GLEN BURNIE, MD・6 DAYS AGO