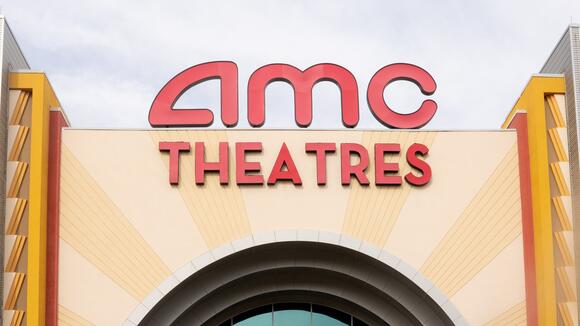 Premarket action on Monday was decidedly downbeat. The three major indexes traded down by at least 1.5%, with the Dow Jones industrials down about 1.8%. The fate of Evergrande, one of China's largest real estate developers, should be known in the next few days. The company's next interest payment of $83.5 million is due Thursday and another $47.5 million is due on September 29.

Closer to home, Bitcoin closed down about 9% on Friday and traded down nearly another 10% early Monday at $42,879. This has not been good news for bitcoin miners.

Greenidge's shares have been sliding ever since its merger with Support.com. Since reaching a recent high of nearly $45 on September 3, the shares have dropped about 28% to trade at $32.45 in Monday's premarket.

Hut 8, a Toronto-based bitcoin miner, plunged last week following its announcement of a secondary offering of about 23 million shares at $8.55 per share. The stock traded at almost $10.50 prior to the announcement.

Marathon Digital has dropped about 25% since September 3 on no particular news. Since September 6, Bitcoin futures have dropped more than 16%.

Of these three stocks, only Greenidge has been on the meme stock radar because of its combination with Support.com. Short interest in Hut 8 was less than 3% before the secondary offering, while short interest in Marathon is around 16%.

SmileDirect Club Inc. ( NASDAQ: SDC ) remained Monday's premarket winner among meme stocks. The shares were up as much as 11% earlier, but that was cut to around 4.5% about half an hour before the opening bell. Chatter about the stock has remained high on Reddit, although most of the discussion has been neutral.

AMC Entertainment Holdings Inc. ( NYSE: AMC ) dropped 4% on Friday to close at $44.20. Shares were down about 6.5% in Monday's premarket on no specific news.

Markets Insider has a summary of a RealVision interview with Moody's Lily Francus, director of the firm's quantitative research strategy group, who compares the meme stock boom to the dot-com bubble of the early 2000s. Among Francus's comments is this one on secondary stock offerings and AMC:

When you see these meme squeezes, asset volatility does increase dramatically. But the ability to capitalize on these at-the-market equity offerings really does win out in the end. Our predictions of expected default frequency over the next year went completely into the dumpster. At its peak, we were actually recording that AMC's probability of default around November was one in two. Now, it's less than one in 100.

Here's a look at four stocks that made significant moves Tuesday and look to continue their pace today.
STOCKS・22 HOURS AGO
Markets Insider

Icahn reacted to an Insider report that he missed out on $40 billion by selling Apple and Netflix stock, saying he always cashes out early.
STOCKS・1 DAY AGO
Markets Insider

The overall demand for BITO was likely from a combination of investment advisors, private banking clients, and funds shorting the ETF, Vanda said.
RETAIL・20 HOURS AGO
GOBankingRates

This time last year, heading into the 2020 holiday season, stock watchers were hyping the companies that had thrived by adding value during the pandemic. Amazon, of course, was at the top of many...
BUSINESS・19 HOURS AGO

Vinco Ventures Inc (NASDAQ:BBIG), one of this year's prominent meme stocks, is receiving attention amid its c-suite shakeup. Both Chief Executive Officer (CEO) Christopher Ferguson and Chief Financial Officer (CFO) Brett Vroman are resigning, with Vroman joining Vinco's subsidiary Cryptyde as CFO and Treasurer. The company has appointed Lisa King as CEO and president, and Philip Jones as the new CFO.
STOCKS・19 HOURS AGO
24/7 Wall St.

A new all-time high for Bitcoin didn't do much to energize meme stocks on Wednesday. But afternoons are when things have really been happening with these stocks.
STOCKS・17 HOURS AGO
24/7 Wall St.

Amy Zhang, manager of the Alger Mid-Cap Focus Fund, says the asset class represents the 'best of both worlds.'
STOCKS・1 DAY AGO

These five top technology companies pay solid and dependable dividends and have solid growth prospects for the rest of the fourth quarter and beyond. They look like outstanding ideas now for investors looking for growth and income.
STOCKS・1 DAY AGO
crowdfundinsider.com

Bitcoin Futures ETF Trades on NYSE. Should You Buy? Jodie Gunzberg Says it is Horrible for Investors

There has been a lot of discussion about the first Bitcoin ETF to trade on a US-based exchange. ProShares Bitcoin Strategy ETF (NYSE:BITO) commenced trading today and currently is trading slightly higher. But there has been a fair amount of criticism regarding this ETF because it is futures-based and not...
STOCKS・1 DAY AGO
Benzinga

Why AMC Entertainment Stock Could Go Ape As It Nears Breakout

Retail traders ‘hodling’ AMC Entertainment Holdings Inc (NYSE: AMC) stock celebrated in a number of subreddits on Monday after a 7-foot-tall statue of Harambe was positioned facing Wall Street’s charging bull. The statue, depicting a 17-year-old gorilla who died in 2016, was installed by Sapien.Network to represent wealth disparity. Investors...
MARKETS・1 DAY AGO
MarketWatch

Shares of Upstart Holdings Inc. are off 3.6% in Monday morning trading after Bank of America analyst Nat Schindler downgraded the stock two notches, to underperform from buy, writing that he sees "little room for upside" with shares up roughly 800% on the year. The S&P 500 has gained about 19% so far in 2021. Schindler wrote that Upstart sees opportunity in the auto-lending market after having success with its artificial-intelligence-driven personal-loan business, though this new market comes with its own challenges. "Although auto loans represent a much larger [total addressable market], we also highlight the higher barriers to entry with more competitors and established, well-capitalized institutions," Schindler wrote. Upstart's current valuation embeds "premature optimism on Upstart's ability to take material shares in the auto-lending space," he continued. Schindler raised his price objective to $300 from $200 in his note to clients. Shares recently changed hands near $375.
STOCKS・2 DAYS AGO
24/7 Wall St.

The SEC on Monday released a report on market behavior surrounding the January meme stock runup that hiked shares of companies like GameStop and AMC into the stratosphere.
STOCKS・1 DAY AGO
TheStreet

Gary Gensler, GameStop, 7-foot bronze gorillas and pot stocks: It must be Tuesday in meme stocks

One of Cathie Wood's ARK Invest exchange-traded funds sold over 4,000 shares of Boeing on October 18.
STOCKS・1 DAY AGO
Street.Com

The Securities and Exchange Commission released its report on the GameStop (GME) - Get GameStop Corp. Class A Report mania earlier this year and concluded that online brokerages were using the practice of payment for order flow and the 'gamification' of stock trading to encourage more engagement from retail investors.
MARKETS・1 DAY AGO
Business Insider