The Hill
29 days ago 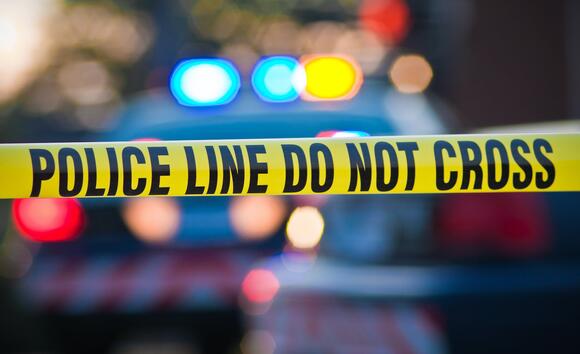 A military plane crashed in a Texas residential neighborhood on Sunday morning, resulting in at least one person being taken to a hospital in critical condition and multiple homes being damaged.

The cause of the crash during a training exercise is unknown, according to a statement from the Pentagon. The pilots self-ejected and are receiving treatment.

Lake Worth Police Chief J.T. Manoushagian said during a press conference on Sunday that authorities there responded to a call about the downed plane around 10:53 a.m. One of the pilots of the plane was tangled up in power lines after he was ejected from the plane.

Manoushagian said multiple military officials were at the scene of the crash.

In a statement to The Hill, the Pentagon said, "The two occupants ejected from the aircraft. The instructor pilot is in stable condition; the student naval aviator’s condition is unknown but he is alive and receiving treatment. Both were transported to medical facilities for evaluation."

"The incident is under investigation," it added. "The pilots were conducting a routine training flight that originated from Corpus Christi International Airport. The cause of the crash is unknown. The safety team is en-route for damage assessment."

According to Lake Worth Fire Chief Ryan Arthur, none of the residents in the neighborhood where the plane crashed were injured. No hospitals or schools are believed to have been affected by the crash.

The three homes affected by the crash were not severely damaged, though Arthur noted that the damage was enough that the residents were relocated and have been provided assistance by the American Red Cross. The plane crashed in the backyard of one of the homes, causing a "little bit of damage" to all three residences, he added.

Arthur also noted that due to Lake Worth's proximity to a military base, local emergency authorities do practice drills for possible plane crashes. He also confirmed that the two pilots in the plane self-ejected.

"I am not a pilot, but I am a veteran, along with Chief Arthur and many others in the room, and I would imagine that for a pilot, this is the day that you dread and you hope never comes," said Manoushagian. "And so for them and their family to experience that worst day, we just want them to know, their families to know, that our thoughts and prayers are with them."

Residents who find any debris from the plane crash have been asked to not touch it and to leave it be, as it may help in determining what caused the crash. Manoushagian said that residents who do find any debris should call the Lake Worth Police Department's nonemergency line at 817-237-1224.

Protest strike shuts down Haiti amid search for missionaries

PORT-AU-PRINCE, Haiti (AP) — A protest strike shuttered businesses, schools and public transportation in a new blow to Haiti’s anemic economy, and unions and other groups vowed to continue the shutdown Tuesday in anger over worsening crime as authorities try to rescue 17 kidnapped members of a U.S.-based missionary group.
PROTESTS・14 HOURS AGO
The Hill

The White House on Tuesday pushed back against former President Trump ’s effort to block the release of documents to the committee investigating the Jan. 6 attack on the Capitol, saying executive privilege should not be used to shield evidence of “a clear and apparent effort to subvert the Constitution itself.”
POTUS・17 MINUTES AGO
The Associated Press

SEOUL, South Korea (AP) — North Korea on Tuesday fired at least one ballistic missile, which South Korea’s military said was likely designed to be launched from a submarine, in what is possibly the most significant demonstration of the North’s military might since U.S. President Joe Biden took office. The...
WORLD・8 HOURS AGO

WASHINGTON (AP) — Federal regulators are expected to authorize the mixing and matching of COVID-19 booster doses this week in an effort to provide flexibility as the campaign for extra shots expands. The upcoming announcement by the Food and Drug Administration is likely to come along with authorization for boosters...
U.S. POLITICS・4 HOURS AGO
CBS News

Washington — Former Secretary of State Colin Powell died Monday morning due to complications from COVID-19, his family announced, amid an ongoing battle with cancer. He was 84. Powell, the first Black secretary of state and the former chairman of the Joint Chiefs of Staff, was fully vaccinated, his family...
PUBLIC HEALTH・1 DAY AGO
ABC News

Former President Trump sat for a deposition Monday at Trump Tower in New York City, said an attorney for the plaintiffs suing him over an alleged assault.
NEW YORK CITY, NY・16 HOURS AGO
ABC News

The Justice Department asked the Supreme Court on Monday to temporarily block enforcement of the Texas law banning abortion after six weeks of pregnancy. It was the second challenge of the law to reach the court on an emergency appeal, seeking to put it on hold while lawsuits contesting its constitutionality work their way through the lower courts. By a 5-4 vote, the court turned away the first appeal in early September, saying the case presented "complex and novel" questions about whether the court had the authority to hear it, given the unusual structure of Senate Bill 8, as the law is known.
TEXAS STATE・1 DAY AGO
NBC News

U.S. envoy to Afghanistan resigns in wake of Taliban takeover

The U.S. special representative for Afghanistan, Zalmay Khalilzad, announced he is stepping down from his role less than two months after the United States' chaotic withdrawal from the country. “Tomorrow, I step down from my position as the Special Representative for Afghanistan Reconciliation,” Khalilzad said in his Monday resignation letter...
U.S. POLITICS・44 MINUTES AGO