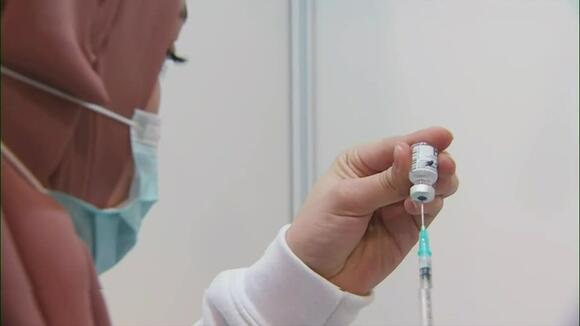 MEMPHIS, Tenn. — Should everyone 16 and older get a COVID-19 booster shot?

The answer is no, according to members of the FDA’s advisory committee.

Friday, the panel voted against giving Pfizer’s booster shots to most people, agreeing to give them only to those 65 and older as well as those at risk for severe illness.

Dr. Steve Threlkeld, one of the Mid-South’s top infectious disease experts, said it’s important to note that there is some evidence immunity from the vaccine dwindles over time.

But he said there’s not enough evidence to show if a third shot would be safe and effective for the younger population.

“The data out there, though accumulating in favor of doing some boosting, did not quite stretch to the safety of the younger age group. That was really a problem for some of the members of the panel, so they said no,” Dr. Threlkeld said.

He agrees more research must be done before a booster is offered to the younger population.

“What is ok for a 72-year-old and retired military officer is not the same as what is best for a 16-year-old high school football player,” he said.

Data from the CDC shows more than 2 million Americans have already taken a COVID booster shot.

Dr. Threlkeld said many of those likely didn’t qualify for the recommendations.

“It should have never been, hey, we’re starting a third shot for everyone next month. That never should have been the message,” he said. “Unfortunately, it became the message, and it confuses people because that was not the message of the scientists that study this thing.”

The panel’s recommendation will now go to the FDA, which isn’t required to follow the advisory committee’s vote.

The FDA will have the final say on whether an emergency use authorization will be issued for the booster doses.

Download the FOX13 Memphis app to receive alerts from breaking news in your neighborhood.

WASHINNGTON — The U.S. Food and Drug Administration is expected to give Americans the option later this week to choose a different COVID-19 vaccine as a booster from the one they received for their initial inoculation, The New York Times and The Wall Street Journal reported late Monday. In addition...
PUBLIC HEALTH・12 HOURS AGO
FOX 13 Memphis WHBQ

Lupin Pharmaceuticals and the Food and Drug Administration have announced a recall of batches of irbesartan tablets and irbesartan hydrochlorothiazide tablets, used to treat high blood pressure. Some batches of the drugs had higher than the approved limit of N-nitrosoirbesartan, “a probable human carcinogen.”. The higher than acceptable levels were...
INDUSTRY・23 MINUTES AGO
FOX 13 Memphis WHBQ

MEMPHIS, Tenn. — As healthcare systems continue to deal with staffing shortages, Methodist Le Bonheur Healthcare is adding 109 new nursing residents to its facilities. Memphis area hospitals are also planning on hiring medical students who are about to graduate. “We really have to get each other’s backs now,” said...
MEMPHIS, TN・12 HOURS AGO
FOX 13 Memphis WHBQ

MEMPHIS, Tenn. — The death of former Secretary of State Colin Powell is raising questions about the effectiveness of the COVID-19 vaccine. Despite being fully vaccinated his family said he died from coronavirus complications. However, he did suffer from a type of blood cancer. FOX13 talked to people about how...
SHELBY COUNTY, TN・12 HOURS AGO

MEMPHIS, Tenn. — What are your holiday plans? With Thanksgiving a little more than a month away, many of us are keeping a close eye on COVID cases and laying out safety guidelines for gatherings. The Centers for Disease Control and Prevention released new suggestions to keep your family safe...
MEMPHIS, TN・12 HOURS AGO
FOX 13 Memphis WHBQ

WASHINGTON — (AP) — The Biden administration said Monday it is launching a broad strategy to regulate toxic industrial compounds associated with serious health conditions that are used in products ranging from cookware to carpets and firefighting foams. Michael Regan, the head of the Environmental Protection Agency, said his agency...
U.S. POLITICS・14 HOURS AGO
FOX 13 Memphis WHBQ

OMAHA, Neb. — (AP) — Federal health officials are rethinking their approach to controlling salmonella in poultry plants in the hope of reducing the number of illnesses linked to the bacteria each year, and on Tuesday the U.S. Department of Agriculture will announce several steps it plans to take to achieve that goal.
AGRICULTURE・4 HOURS AGO
FOX 13 Memphis WHBQ