A woman flew to Nigeria to directly confront her internet scammer. And now, they're friends. 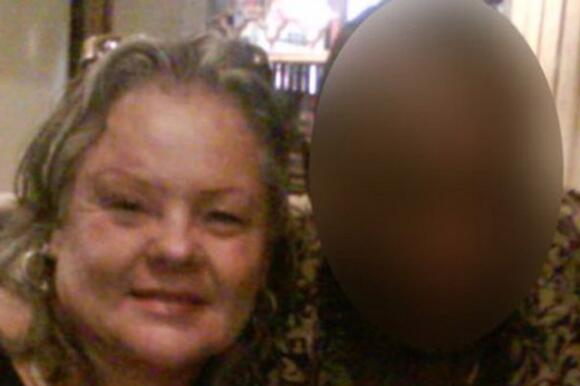 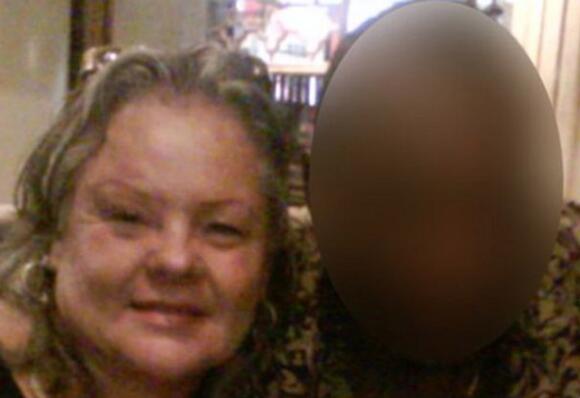 The relationship that has developed between artist Maria Grette, originally from Sweden, and "Johnny," a former Nigerian scammer, has a very bizarre beginning. But, in the end, it's a heartwarming lesson about human potential.

Twelve years ago when Grette was 62, she was encouraged by her friends to start an online dating profile to get back into the swing of things after a divorce. "I received messages telling me that people had contacted me, but I never looked at them," she told the BBC.

Then one day she logged into the site and responded to an email from a man she refers to as "Johnny." "I still don't know why," she said. "It was like a sudden impulse happening before I could stop it."

He described himself as a 58-year-old from Holland, raised in South Carolina, currently working in England. His son was a student at Manchester University.

The two exchanged emails for a while and he eventually called her from a UK number. He had an accent that she couldn't place but didn't let it worry her.

After three months of communicating, he agreed to visit her in Sweden.

"I wanted to meet him because I liked him," she said. "He had a way and a sweetness I had never known in a man before. And he was innocent in a way that puzzled me." He told her that he would come to see her in Sweden after making a brief stop in Nigeria for a job interview with his son.

Johnny first called her from London's Heathrow airport. Then to let her know he had landed in Nigeria and met up with his son. The next time he contacted her, he claimed to be at Lagos hospital with his son who had been shot in the head during a mugging.

Johnny said that the hospital was requesting €1,000 for his son's treatment but he couldn't pay the bill because his bank had no locations in Africa. He asked Grette to wire him the money so that his son can receive treatment.

"I will never forget how I rushed to the Western Union office, trembling while I did the transfer," Grette said. "All I could think of was to get the two persons in Nigeria out of danger."

After the initial transfer, Johnny asked her for more money due to "complications" and demanding doctors. After sending €8,000 to Johnny, she began to believe that something was up. "I was angry, I sent some very angry emails when I realized something was wrong," she said according to The Mirror.

Three weeks later, something unbelievable happened. Johnny called her to confess that he was a 24-year-old Nigerian scammer. He had finished university two years before but couldn't find a job so he was forced into preying on people. "When he revealed everything to me I was past the point of shame. I felt so sorry for him," she said.

"He said he had never met anyone like me before, that he had been fighting his feelings for me for a long time," she said. "He said his scamming mates had warned him about falling in love with a 'client', that he had ignored them because he trusted me and did not want to lose contact with me."

"I wanted to meet him," she said. "I could not live with this relationship unless it was adjusted to reality in all senses."

In October of 2009, Grette traveled to Nigeria to meet Johnny. "When I saw him at the airport in Abuja, tears fell over his face, and I knew I had known him all my life," she said.

During their time in Nigeria, the two developed a strong friendship. After meeting some of her friends that were scammers she began to wonder how she could help get these men out of such dubious employment.

Two years later she began helping African artists visit Europe for exhibitions and workshops. She has also traveled to Uganda to give talks on art. She credits it all to meeting a very unique Nigerian scammer.

"Johnny has given me more than he took," she said, "Without him, I would not have met Africa."

Johnny has stopped working on scams and with the help of Grette, moved to America to get his education.

"He is very dear to me," she said. "He has asked me so many times to forgive him and I told him that the most important thing is to forgive himself."

That was a wrong move on her part...next we'll hear she married him..smh....hope not but it wouldn't surprise me!

That's one desperate woman , got scammed and went looking for him & now they're friends, she glutton for punishment.

Awhhh he cried at the airport . So happy to see his bank now had a location in Nigeria

The woman wrote that she has been with her partner for 10 years, but the bride did not view their relationship as "valid."
RELATIONSHIP ADVICE・1 DAY AGO
WRTV

Scammers are impersonating your Facebook friends to scam you

COVID-19 deals and relief funds may sound like a great way to save some money, but the Better Business Bureau Serving Central Indiana warns that scammers are using the pandemic to try to steal your money and personal information.
INDIANAPOLIS, IN・4 DAYS AGO
Vice

New Zealand police were patrolling the backstreets just south of Auckland on Sunday night when they saw it: a “suspicious looking” car travelling down a gravel road near the city’s southern border. The nation’s capital is currently under stringent “Alert 3” COVID-19 lockdown, meaning travel within the region is heavily restricted and border crossings without required documentation are forbidden. As the police approached the vehicle, the drivers performed a U-turn and sped off in an attempt to escape.
PUBLIC SAFETY・28 DAYS AGO

"Croatian police have identified a woman who, under mysterious circumstances, ended up on a rocky island in the middle of the sea. Writes about this Daily Record. An unidentified woman, who had previously been spotted in a rocky, inaccessible bay on the island of Krk, turned out to be a citizen of Slovakia. Information about 57-year-old Daniela Adamcova, according to the publication, came from the United States, where Adamtsova lived until 2015, before moving to Ireland.
PUBLIC SAFETY・26 DAYS AGO
International Business Times

A 7-year-old girl in India was allegedly beaten and branded with a spatula by her stepmother. A video clip shared on social media reportedly showed the child talking about the torture she suffered at the hands of her stepmother. In the video, the child, who lives in Khambhaliya town in the state of Gujarat, showed the injury marks she sustained from the thrashing she got from her stepmother, Times Now reported Sunday.
PUBLIC SAFETY・15 DAYS AGO
Outsider.com

John Walsh, the former host of America’s Most Wanted, is wondering whether the family of Brian Laundrie bought him time to allow him to escape authorities. Eight days ago (Sept. 14), the parents of Brian Laundrie wouldn’t allow police to speak to their son. This was when his fiancée, Gabby Petito, still was missing. Authorities discovered her body this past Sunday. Laundrie still is a person of interest in the case.
CELEBRITIES・27 DAYS AGO

Woman used Amazon Alexa to scream 'get the whore out' at ex's new partner, court hears

I Thought I Had Miscarried & I Was In Handcuffs: Why We Need To Stop Imprisoning Pregnant Women

In 2013 30-year-old Susie’s* life changed. Just 23 at the time, she stood in court and was told that she was being sent to prison for six months. “I was in shock,” says Susie, who lives in London. Around her, everything happened at the speed of light. As she was being sentenced, what she did not know was that she was around six weeks pregnant. She found this out after being made to do a pregnancy test while being admitted into prison.
WOMEN'S HEALTH・27 DAYS AGO
CBoardingGroup

Moments after he deplaned this pastor was arrested on charges of not wearing a mask in public and organizing an illegal church gathering. The pastor had recently returned to his home country of Canada after a public speaking tour in the United States. The shocking image has made its way...
RELIGION・17 DAYS AGO
CNBC

This 42-year-old saved $660,000 and moved to Mexico after losing her 6-figure job: 'I realized I could have a different life'

Roshida Dowe has always been a hard worker. From her early days as a receptionist to her decision to go to law school and spend years as a consumer automotive finance lawyer in Silicon Valley, she is well-accustomed to the grind. But in 2018 at age 39, everything changed when...
ECONOMY・8 DAYS AGO

Turkish woman who is over 7ft named tallest in world

A woman declared the tallest in the world hopes to inspire others to accept themselves. Rumeysa Gelgi, who stands at 7ft 0.7in (215.16cm), has officially been named the tallest woman alive by Guinness World Records. Her stature is the result of a condition called Weaver syndrome which, among other things,...
WORLD・7 DAYS AGO
WFLA

The Virunga National Park in Congo says that Ndakasi, the mountain gorilla who famously posed for a selfie with a ranger, has died at age 14.
ANIMALS・12 DAYS AGO
Newsweek

"All the officers at the scene were absolutely gutted at having to shoot the animal," Deputy Chief Constable Ian Critchley said.
ANIMALS・19 DAYS AGO
International Business Times

A 24-year-old woman in India allegedly performed an abortion on herself at home with the help of kitchen utensils, guided by YouTube videos. The woman, who became pregnant after being raped by her boyfriend, underwent a self-induced abortion in the seventh month of her pregnancy. The police have launched an investigation into the incident that happened in the state of Maharashtra, The Times Of India reported.
TV & VIDEOS・22 DAYS AGO
Indy100

US woman shocked after being ‘charged $11 for crying during surgery’

A woman claimed that she received a bill for crying during her surgery, which provoked an uproar over the fascets of the American healthcare system. Midge, the woman in question who goes by @mxmclain, received an invoice after a minor mole removal procedure and was taken aback to find out that she was charged an extra $11 and was shocked to discover an unexpected additional US$11 for what was called “Brief Emotion.”
HEALTH SERVICES・19 DAYS AGO
International Business Times

Woman Who Is Not Terminally Ill To Die By Euthanasia: 'God Does Not Want To See Me Suffer'

A 51-year-old Colombian woman who suffers from a degenerative disease affecting her body's mobility will die by euthanasia this Sunday. Martha Sepúlveda Campo, who suffers from amyotrophic lateral sclerosis, or ALS, asked for a permit to die by euthanasia in Colombia on July 26. This was four days after the Colombian Constitutional Court expanded the right to the procedure to include patients who suffer “intense physical or mental suffering from bodily injury or serious and incurable disease,” according to the EFE agency.
HEALTH・10 DAYS AGO
Idaho8.com

A 24-year-old Turkish woman who stands 215.16 centimeters (7 feet, 0.7 inches) tall has been confirmed as the world’s tallest living woman by Guinness World Records. Rumeysa Gelgi’s phenomenal height is due to a condition called Weaver syndrome, which causes accelerated growth and other abnormalities, Guinness World Records said in a statement.
CHINA・6 DAYS AGO
Daily Mail

Police are searching for a Pakistani man suspected of killing his two daughters and four grandchildren after one of them married without his permission. Manzoor Hussain allegedly set fire to the home that sisters Fauzia Bibi, 19, and Khurshid Mai, 35, shared in a village in the Muzaffargargh district of central Pakistan, an official told Reuters.
PUBLIC SAFETY・1 DAY AGO