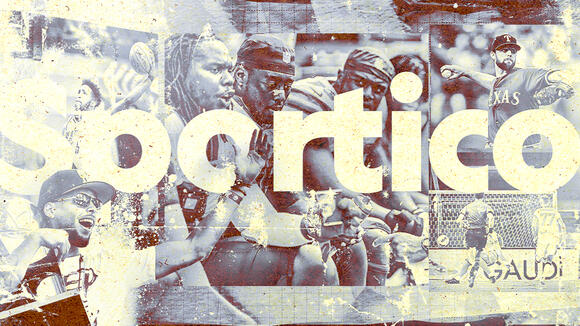 Welcome to Sportico ‘s Transactions wire, a weekly rundown of personnel, partnerships and purchases across the sports business industry.

The Organising Committee for the LA28 Olympic and Paralympic Games has appointed Kathy Carter as chief executive officer. Reporting to LA28 chair Casey Wasserman , Carter will lead the planning and execution of the 2028 Games.

Carter joined LA28 in October 2018 as chief revenue officer and CEO of US Olympic and Paralympic Properties, LLC. Before joining LA28, Carter was a founding member of Major League Soccer, spending a total of 20 years at MLS and Soccer United Marketing, including the last eight years as president.

Murray and Stival are joining WME Sports from Excel Sports Management, while Eppler served most recently as general manager of the Los Angeles Angels.

Most recently, Kam served as chief financial officer of UHC National Accounts, where she led all aspects of financial strategy, forecasting and planning for the business unit

Angel City Football Club announced the promotion of Jessica Smith to head of revenue. In her new role, Smith will oversee sponsorship and ticketing departments as well as the strategic direction of Angel City’s growth opportunities.

Rally Ventures is investing from its latest fund, Rally Ventures IV, a $250 million fund that brings the company’s total committed capital raised since inception to over $600 million.

The Indianapolis Colts and Caesars Entertainment Inc. announced a partnership making Caesars Sportsbook a premier sports betting partner and the only official casino partner of the team.

Ahead of its series debut on Sept. 27, Nitro Rallycross has added nine international media partners, ensuring distribution of the motorsport created by Travis Pastrana in all corners of the world.

The newly added networks complement a previously announced partnership with NBCUniversal for comprehensive live coverage on Peacock and highlights programming on NBC Sports, as well as six other international distribution deals.

ThriveFantasy, a prop daily fantasy sports and esports platform, raised $3 million in its latest round of funding. The round was led by Scott Secord of Cardinal Sports Capital Inc., who will also join Thrive’s Board of Directors. Additional investors include New York Angels members, Yolo Investments, Reflect Ventures and Stage 1 Ventures.

Last week, it was announced that SeatGeek had entered into a definitive business combination agreement with RedBall Acquisition Corp. (NYSE: RBAC), a special purpose acquisition company. The deal values the combined enterprise at $1.35 billion. The SPAC led by RedBird Capital Partners managing partner and CEO Gerry Cardinale and baseball executive Billy Beane, of Moneyball fame, is the second to come to terms with a ticketing firm in the last six months. Back in April, Horizon Acquisition Corp. (NYSE: HZAC) entered into a definitive merger agreement with Vivid Seats. General Sports Worldwide managing director Lou DePaoli, who has 27 years of...
MLS・11 HOURS AGO
dynastyleaguefootball.com

Which players should you be buying or selling after week five?. Gain Instant Access to this article and so much more. A full year of access is only $49.99. Try DLF Premium for only $7.99 with a Monthly Subscription. Premium membership provides access to all of our awesome dynasty content...
FOOTBALL・6 DAYS AGO
Sportico

The National Women’s Soccer League has tapped sports executive Marla Messing to be interim CEO as the nine-year-old league and its clubs navigate the fallout from allegations of verbal and sexual abuse by a number of its coaches. The scandal, which rocked the soccer league, has sparked a series of investigations and led to several departures, including the resignation of NWSL commissioner Lisa Baird on Oct. 1, just 19 months into her tenure and mere weeks before the close of the regular season. Baird resigned after North Carolina Courage coach Paul Riley was fired on Sept. 30, following allegations of sexual misconduct...
MLS・1 HOUR AGO
Business Insider

Telosa, a futuristic city created by Marc Lore, plans to offer its citizens equal access to education, healthcare, and transportation.
ECONOMY・4 HOURS AGO

NWSL commissioner Lisa Baird was forced to resign in fallout of reports of abusive, toxic culture that threatened players' health and well-being
NFL・1 HOUR AGO
GOBankingRates

In America, soccer is one of the rare sports where the biggest stars in the game are women. It's also one of the only sports where women are paid more than men — at least by the national team if...
MLS・2 DAYS AGO
chatsports.com

MLB Roundup 10/12: Houston moves on to play Boston in ALCS

The Red Sox were hoping to at least delay the reveal of their ALCS opponent to Wednesday with Chicago forcing a Game Five with a Tuesday win, but their wishes were not granted. Houston looked like the better team in this series, and they made sure to finish this one in convincing fashion. Lance McCullers got the start for the Astros again after pitching extremely well in Game One, and he did it again. The righty went only four innings, but he allowed just a single run to give his offense a chance to put runs on the board.
MLB・5 DAYS AGO