By Harper Neidig
The Hill
29 days ago 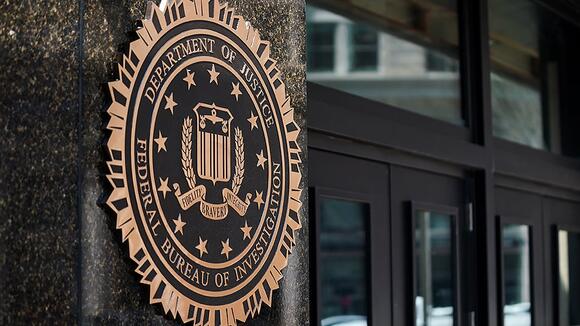 Michael Sussman, the attorney charged this week by special counsel John Durham , pleaded not guilty to a charge of making false statements to the FBI in an initial court appearance on Friday.

A federal magistrate judge allowed Sussman, a former partner at the prestigious law firm Perkins Coie, to remain out of jail on a $100,000 bond while awaiting trial with restrictions on his travel.

Durham was tapped by former President Trump to investigate the FBI's probe into Russian interference in the 2016 presidential election.

A grand jury indicted Sussman on Thursday. Durham's office is alleging Sussman lied to the FBI's general counsel in a 2016 meeting, when the attorney presented evidence of a back channel link between the Trump Organization and the Russian bank Alfa Bank.

The FBI later concluded that there was insufficient evidence to establish such a connection.

According to Durham's prosecutors, Sussman had told the FBI official that he was not representing any particular client when he presented the evidence. The indictment alleges that Sussman was actually representing Hillary Clinton 's 2016 campaign and an unnamed tech executive at the time.

Sussman maintains that he was in fact representing a cybersecurity expert who believed that the data indicating a link between Trump and a Russian financial entity was a matter of national security.

Sussman's attorneys have vowed to fight Durham's case, dismissing it as a politically motivated prosecution designed to advance Trump's "conspiracy theory" that the FBI's 2016 investigation into Russian election interference was a witch hunt.

"In September 2016, Mr. Sussmann met with FBI General Counsel James Baker on behalf of a cyber expert client to inform him that a major news organization was about to run a story about cyber connections between a Russian bank and the Trump Organization and to give him a copy of the information on which that story was based," attorneys Sean Berkowitz and Michael Bosworth said in a statement Thursday. "Mr. Sussmann met with Mr. Baker because he and his client believed that the information raised national security concerns."

"Stripped of its political bluster, innuendo, and irrelevant details, what is striking about the allegations in the indictment is how few of them actually relate to the charge the Special Counsel chose to bring," the attorneys added. "At its core, the Special Counsel is bringing a false statement charge based on an oral statement allegedly made five years ago to a single witness that is unrecorded and unobserved by anyone else. The Department of Justice would ordinarily never bring such a baseless case."

While the indictment only accuses Sussman of lying about who he was representing in meeting with the FBI, it suggests the lawyer was seeking to prompt an FBI investigation into Trump on behalf of a political rival.

"Sussman's false statement misled the FBI General Counsel and other FBI personnel concerning the political nature of his work and deprived the FBI of information that might have permitted it more fully to assess and uncover the origins of the relevant data and technical analysis, including the identities and motivations of Sussman's clients," the indictment reads.

The attorney's next court appearance is set for Sept. 22.

Midlander Jenny Cudd has pleaded guilty to one misdemeanor charge related to her participation in riots at the U.S. Capitol building as part of a plea deal with the federal government. Cudd pleaded guilty to entering and remaining in a restricted building or grounds during a hearing with Washington, D.C....
POLITICS・3 DAYS AGO
Fox News

Judge Jeanine Pirro questioned who was really in charge of the White House Saturday on "Justice with Judge Jeanine." JUDGE JEANINE: In case you didn’t know it, Joe Biden is the president of the United States in name only. Someone else is running the White House. Barack Obama, maybe? Come along with me and see if what I say makes sense. Now, from the beginning of his campaign, we knew he wasn’t right. We kept asking ourselves what was wrong with him. He was clearly confused, saying crazy things.
U.S. POLITICS・8 HOURS AGO
The Independent

As the search for Brian Laundrie enters its 30th day, a long-time friend has said that it is possible that he had the resources to leave the US illegally.The friend, who knew Mr Laundrie from a young age, told The Sun that Brian was a good planner who could execute his plans precisely.“I think he’d be able to put the resources together to get out of the country, either illegally or under some sort of fake identification,” the friend said.Meanwhile, North Port Police reported that they found no new evidence of Mr Laundrie’s location in the Carlton Reserve on Friday....
PUBLIC SAFETY・22 HOURS AGO
The Independent

A former Nasa executive who was feuding with his next-door neighbours has been found guilty of murdering one of them in what prosecutors described as “an execution”.Michael Hetle, 54, claimed he acted in self-defence when he rapidly fired seven shots into 24-year-old Javon Prather on his doorstep in March 2020 following a mundane fight earlier in the day, saying he believed the younger man was armed.But a jury in Fairfax, Virginia rejected that argument after watching video from a Ring doorbell camera showing the former police officer opening his door and immediately shooting the unarmed Prather at point-blank range...
PUBLIC SAFETY・21 HOURS AGO

An FBI behavioral analyst claims that the day Brian Laundrie and Gabby Petito argued in a Wyoming restaurant on Aug. 27 may be the key to the latter's tragic fate. The 22-year-old YouTuber was seen having an explosive argument between her fiancé and a worker at a Jackson Hole restaurant called Merry Piglets witnessed the entire thing.
SCIENCE・22 HOURS AGO
Newsweek

In response, Pima County's administrator noted the results were already "publicly audited via hand count by the County's Republican and Democratic parties."
ARIZONA STATE・21 HOURS AGO
The Associated Press

ALBANY, N.Y. (AP) — Eric M. Smith, who was 13 when he killed a 4-year-old boy with a rock in western New York, has been granted parole, according to corrections officials. Smith, now 41, appeared for the 11th time before the Board of Parole on October 5 and was granted release as early as Nov. 17, the Department of Corrections and Community Supervision said in an emailed statement Saturday.
NEW YORK CITY, NY・21 HOURS AGO
Business Insider

Georgia Rep. Greene used her testimony on behalf of Lt. Col Scheller to call for the impeachment of President Biden, which the judge ruled as irrelevant.
CONGRESS & COURTS・23 HOURS AGO

A 25-year-old woman with a baseball bat was arrested after she 'became combative' with Capitol Police and bit an officer, police say

After the confrontation, pictures show a bag was placed over the woman's head as she was taken away on a stretcher.
PUBLIC SAFETY・21 HOURS AGO
Outsider.com

A month after the filing of Gabby Petito’s official Missing Persons report, we have more answers surrounding the circumstances of her death. Dr. Blue released the cause of death as manual strangulation, despite the fact that Wyoming law doesn’t force him to disclose any of that information and despite “hackers” hurling threats and harassing him during his press conference. The decision comes after an unusually long waiting period between the autopsy and the Petito family reuniting with their daughter’s remains.
PUBLIC SAFETY・22 HOURS AGO
Washington Examiner

Watergate sleuth Carl Bernstein says supporters of former President Donald Trump need to be investigated as part of a broader examination beyond the Capitol riot. During a recent interview on CNN, Bernstein warned there is "a kind of civil war in this country ignited by Donald Trump," who may yet run again for the White House in 2024, and he argued a "coup attempt" took place on Jan. 6 that was propped up on lies about a stolen election in 2020 that a large number of Republicans continue to believe in.
POTUS・18 HOURS AGO
Newsweek

"Not only the deposition of the president himself, but records related to him. Whether those be cellphone, Twitter accounts, communications with individuals," said Democratic Rep. Stacey Plaskett.
POTUS・15 HOURS AGO

Gabby Petito: Florida Man Opens Up About Why He Organized Protest Outside of Laundrie Home

22-year-old vlogger Gabby Petito’s death has sparked grief and anger across the United States. Authorities found the young woman’s body around mid-September and have since uncovered her official cause of death. Now, law enforcement faces pressure to find and apprehend wanted fugitive, Brian Laundrie, the only person of interest identified in the Gabby Petito investigation so far.
FLORIDA STATE・13 HOURS AGO
POLITICO

Frustration at the administration's continuation of Trump-era immigration policies is bubbling over.
IMMIGRATION・13 HOURS AGO
The Independent

A police officer has been charged after bodycam footage appears to show him stomping on a Black man’s head in Indianapolis, Indiana. The white officer, 43-year-old Sergeant Eric Huxley, has been charged with two felonies after the Indianapolis Metropolitan Police Department released body camera footage this week. Sgt Huxley has spent 14 years on the police force and has now been charged with official misconduct and battery with moderate bodily injury.Video footage appears to show that Sgt Huxley stomped on the head of a handcuffed homeless man, 39-year-old Jermaine Vaughn, during an arrest. The officer’s actions are also being...
LAW ENFORCEMENT・1 DAY AGO
iHeartRadio

Dog the Bounty Hunter continues to search for Brian Laundrie in Florida.
PUBLIC SAFETY・1 DAY AGO
The Guardian

Rigged review: shameless – and dangerous – catnip for Trump’s base

The state of the union is sulfurous. Donald Trump’s defeat did not change that. of Trump and Biden voters think elected officials from the other party “present a clear and present danger to American democracy”. Half of Trump supporters and two-fifths for Biden think secession would be a good idea.
PRESIDENTIAL ELECTION・6 HOURS AGO
The Intercept

A Florida Anarchist Will Spend Years in Prison for Online Posts Prompted by Jan. 6 Riot

On Tuesday, a Florida judge sentenced Daniel Baker, an anti-fascist activist, to 44 months in federal prison for social media posts that called for armed defense against possible far-right attacks on the state’s Capitol in the wake of the January 6 riots. Baker, a 34-year-old yoga teacher and emergency medical technician trainee, had no previous criminal convictions and has already been held for 10 months of harsh pretrial detention, including seven months in solitary confinement. He never brought a weapon near a government building; he amassed no armed anti-fascist forces; he made no threats on a single individual.
FLORIDA STATE・1 DAY AGO
Times of San Diego

The head of California’s largest union was arrested on Friday, a day after the prominent activist was charged with grand theft and tax fraud. Alma Hernandez, the executive director of SEIU California, and her husband Jose Moscoso were charged on Thursday with allegedly under-reporting some $1.4 million of income between the 2014 and 2018 tax years.
SACRAMENTO COUNTY, CA・1 DAY AGO
Fox News

U.S. Sen. Lindsey Graham, R-S.C., spoke out Saturday night about the ongoing crisis at the U.S.-Mexico border under the Biden administration, calling it a "bunch of bulls---" during an appearance of Fox News' "Justice with Judge Jeanine." "This is offensive, it is a bunch of bulls--- and it needs to...
CONGRESS & COURTS・5 HOURS AGO