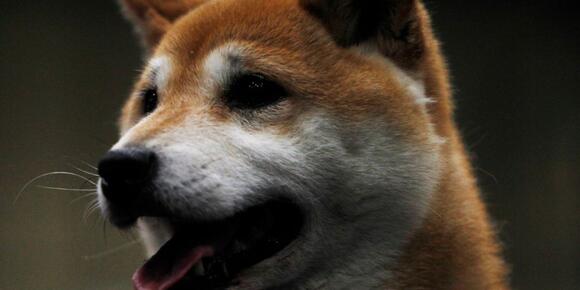 Shiba Inu, the China-based meme coin that looks to follow in the paw prints of Dogecoin, spiked more than 34% Friday after it began trading on Coinbase.

The coin’s market cap jumped from $2.3 billion to nearly $3.5 billion in less than 24 hours, according to CoinMarketCap. That’s an impressive jump, but the individual coins have a long way to go before they’re at any notable level.

A single Shiba Inu coin was trading for $0.00000879 as of 10:22 a.m. ET. Put another way: You’d need to buy 1,138 of them for your investment to be worth more than a penny. (Of course, should Shiba Inu follow the path blazed by Dogecoin, that could make some investors a lot of money.)

Shiba Inu, trading under the ticker SHIB, is now the 47th largest crypto in the world. (Bitcoin, of course, is first, and Dogecoin comes in ninth.)

Elon Musk, who is (in part) responsible for the surge in Dogecoin prices earlier this year, has seemingly given his blessing to Shiba Inu: Earlier this week he tweeted a picture of his new Shiba Inu puppy named Floki. (Prices surged 40% on that tweet alone.)

Experts say that the popularity of SHIB should not be ignored, since it reflects the behaviors of a new, growing class of cryptocurrency traders.

“Rather than simply dismissing the hype outright, it’s important to realize that what we’re seeing is the mass movement of traders new to crypto moving into the space,” Ben Caselin, head of research and strategy at cryptocurrency exchange AAX, told Fortune in May.

Happy Friday, Bull Sheeters. The markets are well on their way to another positive week, but that rally could hit a speed bump today. Tech futures—in particular, chips and social media stocks—are weighing heavily on the S&P 500 this morning. That's after the benchmark closed at an all-time high yesterday.
STOCKS・1 DAY AGO
Fortune

Subscribe to Fortune Daily to get essential business stories straight to your inbox each morning. The cryptocurrency project Worldcoin has high ambitions: to give a free share of cryptocurrency to every human on Earth. But there’s a catch. Because the company wants to make sure people don’t claim their share...
MARKETS・1 DAY AGO
Fortune

Subscribe to Fortune Daily to get essential business stories straight to your inbox each morning. A U.K. court has sentenced a 22-year-old man to four years in prison for kidnapping a 14-year-old after the minor took to social media to share about his successes trading Bitcoin. The child, whose name...
PUBLIC SAFETY・2 DAYS AGO
zycrypto.com

The CEO of one of the US biggest exchange and trading platforms, Robinhood, has disclosed that the company now has over 1 million people waiting on the release of its native digital wallet. Vlad Tenev made this disclosure on Thursday to CNBC at its Disruptor 50 summit, where he equally...
MARKETS・6 HOURS AGO

There are plenty of alternatives to Bitcoin and other big-name cryptocurrencies. If you’re ready to invest in some crypto, consider these affordable options.
MARKETS・10 HOURS AGO
The Motley Fool

Cryptocurrency may be the hottest new investment, but it's not right for everyone. Crypto can be risky, and there's no guarantee you'll make money. By investing in S&P 500 ETFs, you have a better chance of becoming a millionaire. After a rough summer, cryptocurrency is making headlines yet again as...
STOCKS・1 DAY AGO
GOBankingRates

It’s important to know what you’re getting into before you buy into cryptocurrency. Find out how these top picks compare and what to consider before investing.
STOCKS・14 HOURS AGO
cryptopolitan.com

SHIBA INU gets praised as supporters are urged to help the digital currency advance to the next high stage. Shibarmy to move the “DOGE killer” to the thirties. A few hours ago, the contender for U.S. Senate, Shannon Bray, posted a tweet branding himself as a staunch SHIBA INU supporter.
CURRENCIES・1 DAY AGO

The retail trading app, Public has now made a recent addition of Shibu in coin to the already existing cryptocurrencies that are traded on the app. Earlier this month, the trading app begin incorporating more cryptocurrencies, significantly increasing the user’s potential to invest in these digital assets including dogecoin, Ethereum, bitcoin, bitcoin cash, Litecoin, and Cardano as even a trivially small amount (that is less than even a dollar) could be invested.
CELL PHONES・14 HOURS AGO
FXStreet.com

Shiba Inu price is trending sideways as trading volume has significantly declined following its 400% bull run earlier this month. If SHIB manages to slice above $0.00002879, bulls could be aiming for an 80% climb. However, if the resistance overpowers the bulls, the token may continue to consolidate until further...
STOCKS・1 DAY AGO
Lisa Goetz

Robinhood CEO Vlad Tenev discussed the possibility of listing Shiba Inu Coin on the app at CNBC's Disruptor 50 Summit.Maksim Goncharenok/Pexels. The rumor mill won't stop churning when it comes to a potential Shiba Inu coin listing on Robinhood. The token's vocal supporters, known as the #ShibArmy, have been eager to see it listed on Robinhood, given the positive impact that the app's 31 million users had on the meteroric rise of Dogecoin.
1 DAY AGO

Also, how Elon Musk can become a trillionaire, Tesla's great results and a surprising retirement destination.
STOCKS・14 HOURS AGO
Benzinga

Bitcoin (CRYPTO: BTC) meme-themed knockoff Baby Bitcoin (CRYPTO: BBTC) continued to rally as of Thursday night, while meme cryptocurrency Dogecoin (CRYPTO: DOGE) and Shiba Inu (CRYPTO: SHIB) retreated. What Happened: Baby Bitcoin was up 205.84% during the past 24 hours, trading at $0.00000002069 at press time. The altcoin has surged...
CURRENCIES・1 DAY AGO
FXStreet.com

Dogecoin to outperform Shiba-Inu even in a down swing

Dogecoin price consolidates inside the Cloud. Buyers must retest key resistance zones ahead. Dogecoin needs to close at or above $0.27 to begin a new bull run. Dogecoin price continues to lag its peers, chiefly Dogecoin-killer Shiba Inu. The Monday trade session gave false hope to bulls that Dogecoin could rally like Shiba Inu, but sellers firmly rejected that idea. Ever since Monday, Dogecoin has consolidated.
STOCKS・1 DAY AGO
Markets Insider

Elon Musk posts a raunchy tweet about bitcoin hitting $69,000 - and the crypto community loves it

The Tesla CEO posted a raunchy tweet about bitcoin hitting $69,000 on Thursday after the coin hit a record high around $67,000 the day before.
STOCKS・2 DAYS AGO
FingerLakes1.com

Six things to know about the Shiba Inu coin cryptocurrency

Cryptocurrency had become incredibly popular among America as a new way to invest. While investing can create a great turnaround, it’s also very risky. Cryptocurrency is more risky than regular stocks, and you could lose your investments in the blink of an eye. To better understand here are six things...
CURRENCIES・1 DAY AGO
Lisa Goetz

Dogecoin skyrocketed and gained acceptance as a serious investment once listed on Robinhood.Photo by Executium on Unsplash. The community behind Shiba Inu Coin, better known as the ShibArmy, doubled down on Robinhood with calls to list $SHIB on the company's high-traffic platform. The publicly traded company makes buying and selling stocks cryptocurrency accessible to its 31 million users thanks to an incredibly easy-to-use app.
2 DAYS AGO
SmartAsset

There’s currently one way to buy cryptocurrency exchange-traded funds in the U.S. — through the Bitcoin Strategy ETF that deals in Bitcoin futures traded on the Chicago Mercantile Exchange. More such possibilities are on the horizon stateside, but these products … Continue reading → The post How to Invest in Crypto ETFs appeared first on SmartAsset Blog.
STOCKS・1 DAY AGO
GOBankingRates