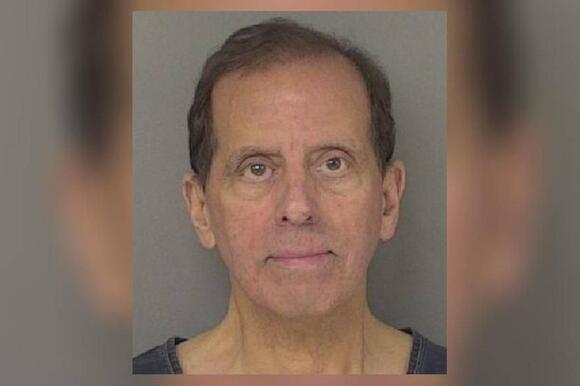 GREENE COUNTY — A former Dayton Children’s Hospital doctor charged with 151 felonies had all but six charges dropped in a plea deal that will have him serving potential prison time.

Ramey had turned himself in after he was indicted on the charges last February and bonded out of jail.

As part of the plea, Ramey will remain on GPS monitoring, but will no longer be under house arrest. He also is not allowed to have any unsupervised contact with any child under the age of 18, court records show.

“This egregious abuse of the patients’ trust, not to mention the publics’ trust, from a doctor is gut-wrenchingly horrible,” Ohio Attorney General Dave Yost said at the time of Ramey’s indictment. “Young children are innocent, sweet and trusting – vulnerably fragile and in need of special protection.”

“We certainly have everything we need for this indictment and that should be enough to make sure that he stays away for a good long time,” Yost told News Center 7 previously.

As part of the plea Ramey faces up to 21 years in prison, however there is no mandatory prison term for any of the charges he was convicted on, court records show. He also faces a fine of up to $70,000.

The Ohio Attorney General’s Office handled the prosecution in the case, according to current Greene County Prosecutor David Hayes. Hayes said the case began under his predecessor Stephen Haller two years ago and a special prosecutor from the Ohio AG’s Office was requested to handle the case in Greene County court.

“These are always difficult cases. In this case, he admitted guilt and agreed to felony charges. He will rightfully lose his medical license and no one will ever trust him again,” Yost said in an emailed statement to News Center 7 Friday afternoon.

Ramey is a former Dayton Children’s Hospital child psychologist and the hospital said “we were blindsided by the allegations of inappropriate behavior in his personal life. Nothing in the performance of his professional role created any suspicions.”

“We are shocked and deeply troubled by these allegations, which are in stark contrast to our mission and core values,” Dayton Children’s said in a statement.

Ramey started at Dayton Children’s in 1979. The well-known pediatric psychologist was one of the public faces of Dayton Children’s, writing a weekly parenting column in the Dayton Daily News that was distributed on the New York Times wire service, and making frequent appearances in local and outside media.

Sentencing for Ramey is set for Nov. 18 at 2 p.m. in Greene County court.

He violated his oath as a doctor and as a human being he does not need to see the outside of a prison again.

wow what a shame that these children had to go through a horrible time. hope they heal and get necessary treatment they need.

This case is beyond horrifying. For a child doctor to think this way is reprehensible. Sad day.

FRANKLIN TWP., Franklin County — UPDATE @ 11:15 a.m.:. A statewide Amber Alert for two abducted boys was cancelled, only moments after it was issued. The father accused of taking the boys has turned himself in and the boys are no longer missing, our news partners at WBNS-TV report, citing the Franklin County Sheriff’s Office. Deputies confirmed to the station the boys were dropped off and are with a family member.
FRANKLIN COUNTY, OH・3 HOURS AGO
WHIO Dayton

TROTWOOD — One person has been shot after a reported home invasion in Trotwood Thursday morning. Montgomery County Regional Dispatch confirmed crews were called out to a shooting on the 800 block of Blairfield Place around 1:46 a.m. >> 1 shot, transported to Dayton hospital; Suspect still at large. Dispatch...
TROTWOOD, OH・11 HOURS AGO
WHIO Dayton

LAS VEGAS — A woman in Las Vegas is facing federal charges after law enforcement officials said she dismembered her 70-year-old husband’s body and threw his remains in the trash. Nancy Shedleski is also accused of continuing to collect her husband’s Social Security benefits after his 2015 death, The Associated...
LAS VEGAS, NV・6 HOURS AGO
WHIO Dayton

COPENHAGEN, Denmark — (AP) — A Danish appeals court on Thursday increased a sentence to two brothers by a year, giving them 15 years in prison each for the murder of a biracial man on a Danish island in June 2020, a slaying that had sparked a nationwide debate about racism.
PUBLIC SAFETY・7 HOURS AGO
WHIO Dayton

HARRISON TWP. — A Huber Heights police cruiser was damaged in a crash during a pursuit that ended in Harrison Twp. late Wednesday night. >>Suspect of attempted home invasion shot in Trotwood; Coroner called to scene. Huber Heights police dispatchers confirmed the department was involved in a pursuit that ended...
HUBER HEIGHTS, OH・5 HOURS AGO
WHIO Dayton

NEW YORK CITY — Police arrested an actor who played small roles in “Parks and Recreation” and “CSI: NY” this week on suspicion of vandalizing a statue of George Floyd in New York City, according to multiple reports. Police on Monday announced the arrest of Micah Beals, 37, on a...
NEW YORK CITY, NY・4 HOURS AGO
WHIO Dayton

UK: Demon-obsessed teen gets 35 years in slaying of sisters

LONDON — (AP) — A 19-year-old British man obsessed with demons was sentenced Thursday to serve at least 35 years in prison for murdering two sisters, in the belief that the killings would help him win a lottery jackpot. Judge Philippa Whipple sentenced Danyal Hussein in the stabbing deaths of...
LONDON, OH・4 HOURS AGO