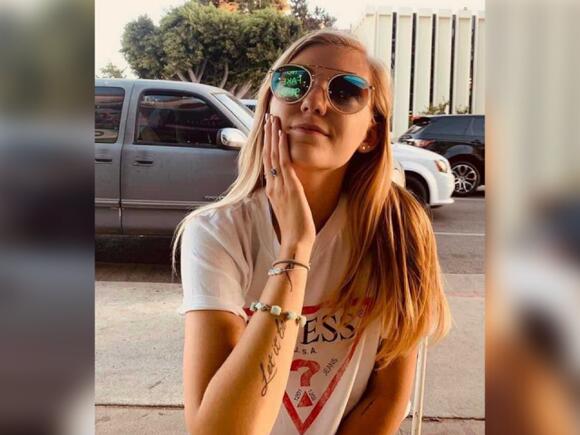 Finding Gabby Petito without fiancé Brian Laundrie’s cooperation will be extremely difficult according to law enforcement experts in Utah.

Gabby wasn’t reported missing until two weeks after the 22-year-old was last seen in Salt Lake City. The man who might know where she is, isn’t talking.

While Brian Laundrie is within his legal rights to stay quiet, Winder tells Scripps station KSTU it is detrimental to the investigation.

“This situation where Mr. Laundrie is essentially clammed up poses a problem of significance for law enforcement. If he continues to take the path that he does, they are going to be in a real tough position,” said Winder.

“Until there is some physical evidence, to point in that direction, this thing can linger for a long time,” Winder said.

As the case generates national attention, Bertram believes the spotlight is helping investigators make up for lost time.

“I think people who were in the area, in the Tetons from say the 25th to the 30th, they are going to go back and search their minds, search their videos and they will be looking at their pictures to see if there is anything there that helps them,” said Bertram.

The FBI said no piece of information is too small or inconsequential. They’re asking anyone with pictures, video or information about Gabby to let them know.

Authorities are asking anyone with information about the case to contact the FBI's tip line at 1-800-CALLFBI (225-5324).

when the dust settles and he is finally brought to justice, his parents should be jailed for obstruction of justice as you know they assisted his flight knowing his guilt..what horrible people. prayers to Gabbys family.

He killed her and now he's running. He should have been arrested when he returned from Wyoming without her.

He ran off because the hot seat is getting hotter now.And he can't take the heat, from it.I bet anything,he killed her.And he is going somewhere secluded to off his self.Then the parents of Gabby, probably will never know what happened to their daughter.

On Monday, an autopsy report ruled the cause of death of Brian Laundrie, the 23-year-old man cited as a “person of interest” in the homicide of his fiancée, Gabby Petito, as “inconclusive.” The autopsy ruling is the latest loose end in what feels like a tangle of loose ends in the effort to uncover the circumstances of both deaths.
PUBLIC SAFETY・1 DAY AGO
Fox News

NORTH PORT, Fla. – The Gabby Petito autopsy finding that she died of homicide by strangulation indicates a likelihood of domestic violence and deadly intent at the Wyoming campsite where an FBI-led investigation uncovered her remains last month, experts tell Fox News. Her fiancé, Brian Laundrie, who shared the campsite...
NORTH PORT, FL・13 DAYS AGO
The Independent

As the search for Brian Laundrie enters its 30th day, a long-time friend has said that it is possible that he had the resources to leave the US illegally.The friend, who knew Mr Laundrie from a young age, told The Sun that Brian was a good planner who could execute his plans precisely.“I think he’d be able to put the resources together to get out of the country, either illegally or under some sort of fake identification,” the friend said.Meanwhile, North Port Police reported that they found no new evidence of Mr Laundrie’s location in the Carlton Reserve on Friday....
PUBLIC SAFETY・11 DAYS AGO
Outsider.com

Gabby Petito Case: Why Forensics Expert Says Brian Laundrie Cause of Death Will Be ‘Difficult’ to Confirm

After finding human remains at the Myakkahatchee Creek Environmental Park, forensic teams have determined that they belong to Brian Laundrie. Now, they must determine the cause of death which will be a much more difficult task. While details surrounding the remains are scarce, authorities did state that among the collection...
PUBLIC SAFETY・3 DAYS AGO

Gabby Petito’s white van might contain key evidence in trying to find a conviction in her death, a retired homicide detective recently said. Pat Diaz, who worked for 35 years with the Miami-Dade homicide unit, told Fox News this week that Gabby Petito’s 2012 white Ford Transit van — which was remodeled for her cross-country road trip with her boyfriend, Brian Laundrie, might contain key evidence in the case.
PUBLIC SAFETY・13 DAYS AGO
ABC Action News WFTS

With the tragic outcome of the Gabby Petito case, experts still have unanswered questions about the events that led to the woman’s demise. Attention is now turning to the white Ford Transit that Gabby and boyfriend Brian Laundrie traveled in during their road trip. And web sleuths are noticing something strange.
PUBLIC SAFETY・18 HOURS AGO
Outsider.com

North Port Police is now sharing a public statement from the District 12 Medical Examiner to clarify false reports over Brian Laundrie‘s DNA. As the public continues a great investment in the tragic death of Gabby Petito, rumors and conspiracy theories run rampant. One in particular is causing a massive headache for North Port Police, the precinct of Brian Laundrie’s former residence.
PUBLIC SAFETY・20 HOURS AGO

Gabby Petito’s father, Joe, said he isn’t concerned with what’s in Brian Laundrie’s recently recovered notebook and that he doesn’t expect the contents to bring any form of closure for him.
NEW YORK CITY, NY・1 HOUR AGO
TMZ.com

Gabby Petito's father is not obsessing over what might be inside Brian Laundrie's notebook ... instead, he says the focus should be on the domestic violence issues plaguing the nation. Joe Petito tells TMZ ... nothing in Brian's notebook is going to bring his daughter back, and whatever's in there...
PUBLIC SAFETY・9 HOURS AGO
wccbcharlotte.com

ST. PETERSBURG, Fla. (AP) — The FBI says items believed to belong to Brian Laundrie and human remains have been found in a Florida wilderness park during the search for clues in the slaying of his girlfriend, Gabby Petito. Searchers including Laundrie’s parents found a notebook and a back pack...
FLORIDA STATE・5 DAYS AGO
KVIA

Coroner says Gabby Petito’s cause of death was strangulation

UPDATE: Gabby Petito's cause of death was ruled to be strangulation and the manner of death was homicide, Teton County Coroner Dr. Brent Blue said on Tuesday. Blue announced the findings at a press conference about a month after Petito, 22, was reported missing in the wake of a road trip with her 23-year-old fiancé Brian Laundrie. Her remains were found in Wyoming's Bridger-Teton National Forest on September 19.
PUBLIC SAFETY・14 DAYS AGO

Extreme misogynist incels are pledging support for Brian Laundrie, Gabby Petito's missing boyfriend and person of interest in her murder

The so-called manosphere supports Brain Laundrie, the boyfriend of Gabby Petito, who is a person of interest in her death.
NORTH PORT, FL・11 DAYS AGO
newschain

The FBI has identified human remains found in a Florida nature reserve as those of Brian Laundrie, a person of interest in the death of his girlfriend Gabby Petito while the couple were on a cross-country road trip. The remains, a backpack and notebook believed to belong to Laundrie were...
FLORIDA STATE・5 DAYS AGO
WCBS News Radio 880

GABBY PETITO: Laundrie lawyer says, 'The probability is strong that it is Brian’s remains'

NEW YORK (WCBS 880) – Just hours after the FBI's Tampa field office confirmed the discovery of human remains at a Florida reserve -- as well as items belonging to Brian Laundrie -- his family's attorney said it's likely the remains are that of Laundrie. Here's the latest:. 10 p.m.,...
NEW YORK CITY, NY・6 DAYS AGO
fox5ny.com

BLUE POINT, N.Y. - Gabby Petito was strangled to death and her body was left in the wilderness in Teton National Forest for three to four weeks, a coroner in Wyoming said on Tuesday. The coroner, Dr. Brent Blue, said state law prevents him from revealing details from the autopsy,...
BLUE POINT, NY・14 DAYS AGO
IBTimes

Gabby Petito's Cause Of Death Hints It Was Done With 'Lots Of Anger,' Says Expert

The Gabby Petito case continues to spark discussion nationwide. As information unfolds daily, thousands of people are consuming the story. Much like the Casey Anthony trial nearly a decade ago, Petito’s story is a media frenzy. Since the disappearance and death of the 22-year-old woman, a nationwide manhunt for her...
TV & VIDEOS・14 DAYS AGO
IBTimes

Human remains found in a Florida nature reserve belong to the boyfriend of murdered road tripper Gabby Petito, US authorities said Thursday. The FBI said in a statement that "a comparison of dental records confirmed that the human remains... are those of Brian Laundrie." Laundrie, 23, had been named a...
NEW YORK CITY, NY・5 DAYS AGO