By Stephen Thompson
Amomama
28 days ago

Keshia Knight Pulliam recently went down memory lane as she recalled the events of her engagement night. She shared the moments with her Instagram fans, and they loved it.

American actress Keshia Pulliam Knight remains one of the most iconic stars in Hollywood. She is famous for her role as Miranda Lucas Payne in Tyler Perry's "House Of Payne" and Rudy Huxtable in "The Cosby Show."

Thirty-seven years have passed since her appearance on "The Cosby Show," and Knight is still glued to the movie industry. Besides her career, she is also successful in her personal life. She is currently engaged to Brad James and will be walking down the aisle soon. 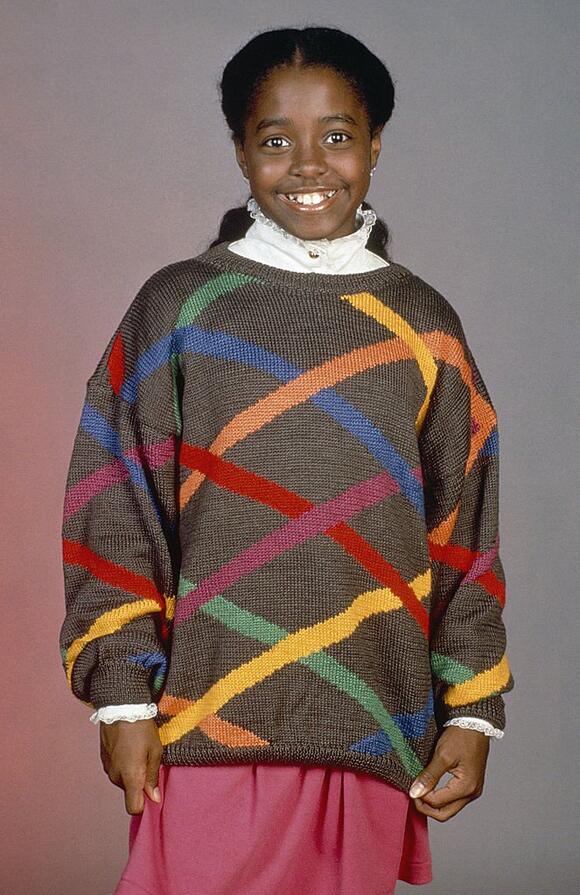 September 15, 2021, made it one year since Knight got engaged, and yesterday, she took to her Instagram page to commemorate the occasion.

She shared lovely pictures that captured the moment of her engagement, and from the smiles on their faces, it was a happy time for the duo.

The first slide from the four-piece slideshow saw Knight dressed in a black dress paired with black sneakers. She held on to her daughter as James went down on one knee to present the beautiful ring. The third image featured a romantic moment between the lovebirds. 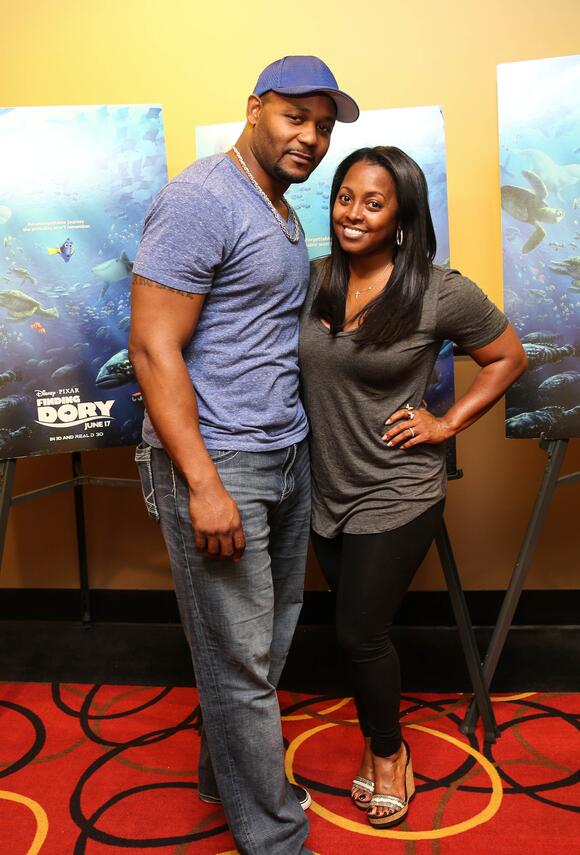 In the monochrome snapshot, the engagement ring could be seen on Knight's finger as she is about locking lips with her man. Her little daughter was a witness to the memorable moment. Alongside the pictures was a caption that read:

Shortly after the post was shared, fans trooped to the comments section to show their excitement. Most of them expressed their joy in seeing the actress happy again, following her messy divorce from her ex-husband, Edgerton Hartwell.

Knight and James first met each other in 2019 on the set of "Pride and Prejudice: Atlanta." During an interview, the former noted that she and James hit it off as soon as they met and exchanged numbers.

They began their relationship as platonic friends, and not long after, James met the actress' family. Their friendship eventually became more robust, and they became romantically involved.

The pair finally got engaged last year, and Knight made sure to share the goodness with her fans on Instagram. She posted a snapshot from her engagement dinner, and in the caption, she noted that she said "Yes."

Knight and James' romance started a year after Knight's divorce from her ex-husband. Knight and Hartwell tied the knot in January 2016, and four months later, she announced that they were expecting their first child.

Shortly after her announcement, the couple made the headlines after news revealed that Hartwell had filed for a divorce. Furthermore, he had asked Knight to undergo a paternity test to determine if the child she was carrying was his.

Not long after, the actress was a guest on Entertainment Today, where she opened up about the news of the separation. Knight noted that she never cheated on Hartwell while they were married. Instead, the actress claimed that her ex-husband had been unfaithful.

She further explained that she almost left her marriage due to Hartwell's infidelity, but he pleaded and vowed to make things right. Knight said she had no desire to remain married to Hartwell and had decided to focus on her unborn child.

Knight welcomed her daughter, Ella, in 2017, and true to her words, she has focused on the little girl. Ella is now four years old and appears to have a flair for acting like her mother.

During a chat with Nischelle Turner, Knight said her daughter once asked if she could be an actress when she grew older. Knight noted that she supported whatever career her daughter chose, and if it is acting, she will give her proper guidance.

The actress also reassures Ella that she can be whatever she wants, even as a child. She remains her daughter's biggest fan and would always promote her.

congratulations,i always loved Keisha,as Rudy on Cosby!I wish you a lifetime of happiness with your husband to be and your precious little daughter 💯 percent ‼️👻❣️

Congratulations on Keshia and James on your engagement! I wish that you both a wonderful life together with ma many Blessings! God Bless you and your family Keshia.

does BUD know she's getting married, Bud loved him some Rudy lol

TV show host and actress Wendy Williams will not host the 13th season of her self-titled show. Management announced that they will start airing original shows on October 18 without her. Here's why. The management of "The Wendy Williams Show" has recently found a solution, following the prolonged absence of...
NEW YORK CITY, NY・2 DAYS AGO
Amomama

From a very young age, Shiloh Jolie-Pitt wanted to be called John. Therefore, when Brad Pitt's mother bought girly clothes for her, Angelina Jolie got understandably angry. Angelina Jolie and Brad Pitt were some of the most headline-grabbing Hollywood super-couples between the mid-2000s and late-2010s, especially after rumors that Pitt cheated on his then-wife Jennifer Aniston while filming "Mr. & Mrs. Smith" were everywhere.
CELEBRITIES・4 DAYS AGO
Amomama

Popular entertainer Diana Ross has proven she can be the best in everything she does, including motherhood. Let's meet the singer's well-raised children who are married and established in their careers. American singer Diana Ross is one of the most successful singers of the rock and roll era. She is...
RELATIONSHIPS・3 DAYS AGO
Amomama

Actress Tiffani Thiessen has enjoyed fame in her few decades as a movie star. Her personal life has also involved some dramas. From losing a partner to a public split, here’s a look at her private life. Tiffani Thiessen is most recognized for her performances on "Saved by the Bell"...
CELEBRITIES・4 DAYS AGO

The happy couple didn’t have the “large destination wedding” they originally wanted. “Instead, it was intimate, whimsical, full of love, laughter and joy… Absolutely perfect!!” she stated. “Maybe one day I will share the events that inspired our change of plans. However, for now I can say God makes no mistakes & the joy is in the journey.”
RELATIONSHIPS・12 DAYS AGO
Popculture

The Cosby Show star Keshia Knight-Pulliam is a married woman. Pulliam is most-known as Rudy Huxtable as the fictional daughter of "America's Favorite Dad" Bill Cosby on the highly successful NBC sitcom, which ran for eight seasons. Pulliam has had a rough few years. She famously married former Real Housewives of Atlanta star Ed Hartwell, a former NFL star who was married to Lisa Wu. Pulliam and Hartwell shocked fans by announcing their surprise New Year's Eve wedding in 2016. Months later, after announcing their pregnancy, Hartwell began denying the paternity of their unborn daughter, Ella Grace. A paternity test would prove otherwise but the battle ensued.
NFL・12 DAYS AGO
nationalblackguide.com

On her Instagram page, Keshia Knight Pulliam (@keshiaknightpulliam) states, "Last week my life forever changed… I married my best friend at our home surrounded by family & it was magical!!!" Photos by shot by Atlanta-based photographer Janet Howard (via Instagram) "It wasn’t the large destination wedding we were originally planning....
CELEBRITIES・12 DAYS AGO
Black Enterprise

Pride and Prejudice stars Keshia Knight Pulliam, and Brad James were married in a beautiful wedding ceremony last week. Pulliam posted stunning images – shot by Janet Howard – of her nuptials on her Instagram account. “Last week, my life forever changed… I married my best friend at our home...
CELEBRITIES・13 DAYS AGO

Keshia married fellow actor and co-star Brad James in a glamorous, outdoor ceremony at their home. In December 2020, the pair officially announced their engagement after falling in love while filming Lifetime’s modern re-telling of Jane Austen’s iconic novel Pride and Prejudice in 2019. At the helm of both celebrations was Scoobie West & Company who gave the actors their gorgeous, dream wedding.
CELEBRITIES・8 DAYS AGO
extratv

Actress Keshia Knight Pulliam is opening up about her “magical” wedding to Brad James!. The “Cosby Show” alum, who played Rudy Huxtable on the show, announced on Instagram, “Last week my life forever changed… I married my best friend at our home surrounded by family & it was magical!!!”. Keshia...
NFL・11 DAYS AGO
myhoustonmajic.com

Keshia Knight Pulliam Reveals She Got Married Last Week At An Intimate Ceremony: ‘I Married My Best Friend’

Congratulations are in order for Keshia Knight Pulliam as the 42-year-old recently revealed that she’s gotten married!. Last week, the actress married her fiancé, fellow actor Brad James, in a private and intimate ceremony at their Atlanta home. Pulliam revealed the news in a surprise Instagram post on Saturday (October 2), sharing a few pictures from the blissful day.
NFL・12 DAYS AGO
thefocus.news

Kellie Williams, the middle-born daughter of the Winslows from "Family Matters" poses with her onscreen mother, JoMarie Payton, decades after the show ended, causing fans to gush about their bond and a possible reunion. Kellie Williams was one of the loved characters from the ABC/CBS family drama "Family Matters." She...
TV & VIDEOS・9 DAYS AGO
Amomama

Deon Richmond, the young man who played Rudy Huxtable's best friend Bud on "The Cosby Show," grew up to be a happy family man who shares fraternal twins with his partner, Tamara Rachelle; meet her. Deon Richmond is an actor who began his career as a child star. His first...
NEW YORK CITY, NY・12 DAYS AGO
WSB Channel 2 Atlanta

Keshia K. Pulliam and Brad James are experiencing marital bliss after getting hitched earlier this month. The proud couple shared an update on Instagram cuddling up next to one another in their first public photos since the ceremony. Keshia Knight Pulliam announced her marriage a couple of weeks ago, and...
NEWARK, NJ・2 DAYS AGO
shinemycrown.com

October is Breast Cancer Awareness Month, and Housewives Eva Marcille, Gizelle Bryant and Candiace Dillard Bassett have announced that they have partnered up to star in new movie, “The Waiting Room,” which casts a spotlight on the issue. “The Waiting Room,” tells the story of women who learn how to...
CELEBRITIES・9 DAYS AGO
TVShowsAce

Courtney Waldrop Is Free At Last!