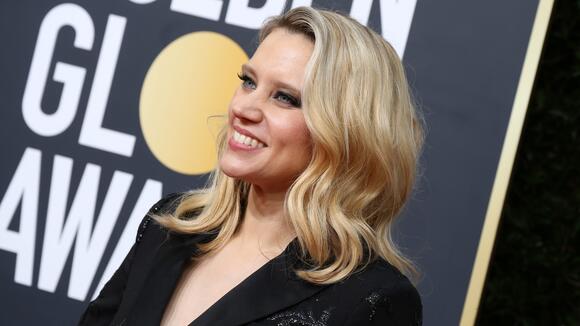 “Saturday Night Live” cast member, actress and comedian Kate McKinnon has a net worth of $9 million, according to CelebrityNetWorth.com. How does she make her money? A large portion of her nest egg undoubtedly comes from her estimated $25,000 per episode salary on SNL, making her one of the highest paid cast members . But she also makes a substantial amount through brand endorsements, including appearing in commercials for the Ford Focus.

Discover: Jimmy Fallon’s Net Worth As He Turns 47
Find: How Rich Is Jason Sudeikis?

She has also made money from voice acting work on series’ such as “The Simpsons,” “The Magic School Bus” and “Family Guy,” as well as in live comedic performances where she honed her skills doing impressions.

Born in Sea Cliff, New York, McKinnon discovered her musical talents on the piano, cello and guitar. But after impersonating the Queen of England with a British accent in fifth grade, she discovered her true love lied with acting, comedy and celebrity impressions.

More: How Much Is Julia Louis-Dreyfus Worth?

McKinnon’s big break, as it were, was on the cast of “The Big Gay Sketch Show,” which aired from 2006 to 2010. In 2009, she earned the NewNowNext Award for “Best Rising Comic.” By 2012, she had joined the cast of “SNL” and was promoted to a prominent role in 2013, when she was also nominated for an Emmy for her work on the sketch show. In 2006, after several nominations, she finally earned an Emmy for her “SNL” work.

See: How Much Is Chris Rock Worth?
Explore: Ellen DeGeneres’ Net Worth as Her Show Begins Its Final Season

In 2016, McKinnon had yet another breakout year, making it big on the silver screen with her role as Jillian Holtzmann in the “Ghostbusters” reboot, and as a voice in the sequel to Disney-Pixar film “Finding Nemo,” titled “Finding Dory.”

This article originally appeared on GOBankingRates.com : How Rich Is ‘SNL’ Star Kate McKinnon?

How Rich Is Alec Baldwin?

Alec Baldwin, 63, has been a versatile presence on the big screen, TV and theater since the mid-1980s. While it is his solid acting chops that have kept him working for so long, he is also well-known...
CELEBRITIES・15 HOURS AGO
GOBankingRates

Tucker Carlson, 52, has the distinction of being the most-watched and possibly one of the most polarizing personalities on cable news.  With nearly three million viewers as a conservative political...
CELEBRITIES・4 DAYS AGO
GOBankingRates

Just How Rich Are Elon Musk, Donald Trump and These Other Big Names?

What do Jeff Bezos, Donald Trump and Oprah Winfrey have in common? They're all really, really rich. But do you know their actual net worths? Don't Sink The Ship: 28 CEOs That Have Saved or Sunk Major...
POTUS・1 DAY AGO
Insider

Saturday Night Live poked fun at Ellen DeGeneres with a skit involving Jason Sudeikis.The Ted Lasso star, and former SNL cast member, hosted an episode of the American sketch show for the first time on Saturday (23 October).Among the highlights were his opening monologue, in which he joked that Ted Lasso’s success was “truly shocking”, as well as cameo appearances from Oscar Isaac, Emily Ratajkowski and Nicholas Braun., who plays Greg in HBO show Succession.But, it was his skewering of DeGeneres, whose talk show is set to come to an end following (but not due to) multiple accusations of...
TV & VIDEOS・2 DAYS AGO
Popculture

Saturday Night Live just finished a hot streak of new episodes, with hosts including Jason Sudeikis, Kim Kardashian, Rami Malek and Owen Wilson. The show's production is pausing until Nov. 6, but when they return, they'll have a major talent at the helm: Succession star Kieran Culkin. Culkin, 39, will be making his debut as host, while Ed Sheeran will be the musical guest in his third appearance on the NBC sketch comedy series.
2 DAYS AGO
HollywoodLife

Move over Ellen — Mellen has arrived in the form of Jason Sudeikis! The actor brought his spin on the talk show host to ‘SNL.’. Jason Sudeikis, 45, brought all the laughs on Saturday Night Live — including in this Ellen DeGeneres spoof! The Ted Lasso star played spoofed male version Mellen who dressed just like the talk show host, and had a show in a very similar looking set as a voice over explained the difference between the two.
CELEBRITIES・3 DAYS AGO
cartermatt.com

Where is Kate McKinnon on Saturday Night Live? Is she leaving SNL?

Where is Kate McKinnon on Saturday Night Live this season, and should you be worried that she’s leaving the show? We understand the concern, given her absence over the past couple of weeks. The first thing that’s worth noting here is Kate is not leaving the late-night sketch show, so...
TV & VIDEOS・10 DAYS AGO
TMZ.com

Carole Baskin hasn't been this astonished since Joe Exotic ran for president -- she can't figure out how Kate McKinnon copycatted her so perfectly for the upcoming Peacock series. Carole tells TMZ ... she was stunned to see the 'SNL' star's transformation for "Joe Exotic" ... the dramatic series based...
12 DAYS AGO
TODAY.com

Chloe Fineman is now a full-time cast member of NBC’s “Saturday Night Live” and is in the new remake of “Father of the Bride.” She tells TODAY about “SNL,” the movie, why she fake married her best friend over Instagram and what Kim Kardashian West told her about her Met Gala look.Oct. 15, 2021.
11 DAYS AGO
TVLine

SNL Video: Jason Sudeikis Tracksuits Back Up for 'What Up With That?' — With Oscar Isaac and 'Cousin Greg'

Saturday Night Live welcomed back former cast member Jason Sudeikis this week, giving him a chance to once again show off his sick dance moves — while giving some surprise celebrity guests a chance to do… well, nothing. “What Up With That?” — a deliriously silly sketch that aired numerous times during the Sudeikis era — features Kenan Thompson as soul singer turned talk show host Diondre Cole surrounded by musicians, backup singers, and yes, a track-suited Sudeikis as a dancer. The usual premise is that SNL brings on some legitimate celebrities — in this case, Oscar Isaac (currently starring in Dune),...
TV & VIDEOS・2 DAYS AGO
CinemaBlend

It seems like it happened forever ago, but it was just early in 2020 when Tiger King came along on Netflix and took the country by storm. The true crime docuseries was so popular, in fact, that it led to several other shows about the case of Joe Exotic and his assorted friends and enemies being given the go-ahead. One of those, aptly titled Joe Exotic, has been filming for several weeks, with us finally getting a first look at star Kate McKinnon as Exotic’s competitor / enemy, Carole Baskin. Now, we know what the real Baskin thinks of seeing McKinnon play her for the Peacock series, and her review is pretty good.
TV SERIES・11 DAYS AGO
thenerdstash.com

Aidy Bryant, known for starring in Saturday Night Live (SNL) and Hulu’s Shrill has just closed a deal with Univeral Television. Through this contract, she will be developing and producing projects for the studio. Her deal with Universal Television will not interfere with Bryant’s work starring in SNL. Lorne Michaels, creator of SNL, will give her leeway to create and star in her own projects outside the comedy variety show. Aidy Bryant’s deal with Universal Television will give her more creative control of her own projects as she had when starring Hulu’s Shrill.
12 DAYS AGO
The Independent

Saturday Night Live last week returned to television screens for its 47th season. The long-running comedy sketch show was beamed across America from New York once again and begun on 2 October. The show continues this week on 9 October, airing in its usual slot of 11.30pm EST on NBC....
TV SHOWS・11 DAYS AGO
Los Angeles Times

Rami Malek and Pete Davidson star in 'Squid Game: The Musical' on 'SNL'

A celebrity comedian who is known for his roles on Saturday Night Live is coming to an Oklahoma university.
WEATHERFORD, OK・5 DAYS AGO
GreenwichTime

'SNL': Kenan Thompson Steals the Show in All-Star 'What Up With That' Sketch

Saturday Night Live procured an all-star panel for their latest “What Up With That” sketch — Oscar Isaac, Emily Ratajkowski and Succession’s Nicholas Braun — but it was Kenan Thompson’s host who stole the show. In the Halloween edition of the long-running SNL talk show, all three celebrities show up...
2 DAYS AGO
dexerto.com

Podcaster and stand-up comedian Joe Rogan found himself being mocked in a new Jason Sudeikis led Saturday Night Live comedy sketch. He wasn’t the only one though, with YouTuber turned boxer Jake Paul also in the firing line. Saturday Night Live has long flexed its comedic muscles by poking fun...
CELEBRITIES・2 DAYS AGO
NME

Jason Sudeikis joked about the success of Ted Lasso during his appearance as host of Saturday Night Live last night (October 23). The actor and comedian led the latest episode of the US sketch show, which also featured musical performances from Brandi Carlile. During Sudeikis’ monologue, he discussed his past...
2 DAYS AGO
Popculture

Saturday Night Live has been doing question-and-answer monologues for a very, very long time. So long in fact, that Jason Sudeikis' very first on-camera SNL appearance came during one. The future cast member appeared in Kelly Ripa's Q&A monologue as an "aspiring actor" in a 2003 episode. Sudeikis became a regular cast member in 2005 and makes his first appearance as host this weekend.
TV & VIDEOS・3 DAYS AGO