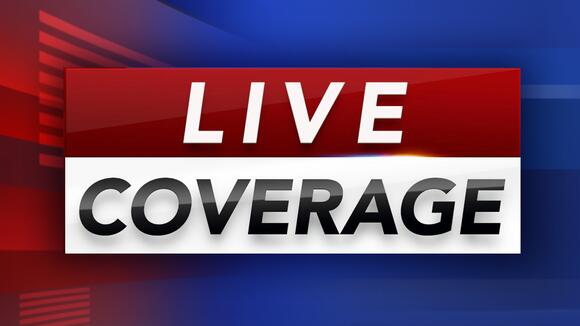 A woman's body was discovered Thursday in Montgomery County after a man confessed to killing his girlfriend, sources confirm to Action News. The discovery was made near the Schuylkill River Trail's Betzwood Trailhead in Lower Providence Township. Sources say the man walked into the Upper Darby Police Department saying, "You want to talk to me because I want to talk to you about killing my girlfriend." The suspect allegedly stabbed the woman to death on the trail over the weekend. Action News was there as the suspect led investigators to the body while he was secured in handcuffs and shackles. The Montgomery County District Attorney's Office says the Delaware County man is currently in custody and being questioned. No charges have been filed at this time. Officers in Upper Darby Township searched the suspect's home located on the 200 block of Copley Road. Talia Dean lives next door and says those living in the suspect's home kept to themselves. "Everyone is kind of surprised. We've been on the block for about 20 plus years and we've never seen anything like this," she said. The victim is not being identified at this time. An autopsy by the Montgomery County Coroner's Office is scheduled for Friday morning. Anyone with information regarding this incident in Lower Providence Township is asked to call the Montgomery County Detectives' Tip Line at 610-278-DOIT (3648).

Sometimes they're the kind of neighbors you wonder about, they kept to themselves. I get that some people are just a little strange, but it seems nobody knows their neighbors anymore, its a whole different era. When i was a kid everybody on my street knew each other, we hung out together, and you knew every family and their names. We would even vacation together with our friends across the street. Today nobody even has block parties anymore.

Coward Women Killers who no longer face the Death Penalty... Bring back the old days where you paid a heavy price for killing.

I think he should have done to him what he did to her!! An eye for an eye, and a tooth for a tooth, is what our judicial system should start doing; but only for those that are 100% guilty without a question of a doubt!!!

At least two Upper Darby School District students have been suspended after shooting their classmates with an airsoft pellet gun while onboard a school bus.
UPPER DARBY, PA・1 DAY AGO

A Voorhees man has been charged in connection with a deadly pedestrian crash in Mercer County. The crash happened at the intersection of Route 1 and Bakers Basin Road in Lawrence Township.
LAWRENCE TOWNSHIP, NJ・2 DAYS AGO
6abc Action News

At least three people have been taken to Christiana hospital after an auto-pedestrian accident in Wilmington, Delaware.
WILMINGTON, DE・8 HOURS AGO
6abc Action News

"We had put our first dog out at 6 o'clock, and by 8 o'clock we had located the subject," said Craig Snyder, who leads the ChesCo Search Dogs.
CHESTER COUNTY, PA・2 DAYS AGO

Arrest made after store clerk attacked in Cheltenham Township, Pa.

Police: Man abducted woman after running her car off the road in Bethlehem

Police say the suspect forced the victim over to the passenger seat, got into the driver's seat, and then intentionally crashed the vehicle.
BETHLEHEM, PA・3 DAYS AGO

BETHLEHEM, Pennsylvania (WPVI) -- A man who is accused of driving a woman off the road and kidnapping her in the Lehigh Valley Tuesday morning was arrested at the Holland Tunnel hours later, authorities say. The suspect, 27-year-old Ruben Carrion Melendez, is facing charges of kidnapping and related offenses. Bethlehem...
BETHLEHEM, PA・3 DAYS AGO
6abc Action News

Police say 20-year-old Brandon Freyre sprayed the victim in the eyes with spray paint and threatened to kill her if she contacted authorities.
NEWARK, DE・2 DAYS AGO
6abc Action News

People personally impacted by gun violence marched up Lehigh Avenue, from 22nd to 29th streets, to make sure their message was heard.
PHILADELPHIA, PA・1 DAY AGO
6abc Action News

United States Postal Service inspectors said they are working to determine who is responsible for dumping dozens of pieces of personal mail in Philadelphia's Eastwick section.
PHILADELPHIA, PA・2 DAYS AGO