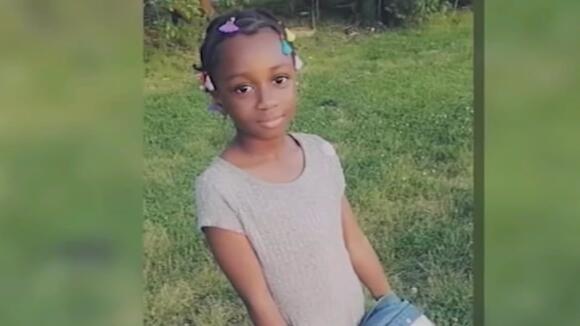 Community leaders in Delaware County, Pennsylvania are demanding answers and accountability after an 8-year-old girl was killed at a football game last month. According to multiple law enforcement sources, three Sharon Hill police officers opened fire on a vehicle outside the Academy Park High School football stadium. The officers mistakenly thought they were being fired upon from the vehicle and discharged their weapon more than a dozen times. No weapon was found after a search of the vehicle and its occupants. Shockingly, no one was hit in the car. Sources say it appears the initial shots were actually fired roughly a block away. SEE ALSO: Who fatally shot 8-year-old Fanta Bility? That's what her family, lawyer hope to find out

The family of the 8-year-old girl killed after a football game in Delaware County is still trying to make sense of what happened last Friday night.

In all, four people were shot, among them was 8-year-old Fanta Bility who was fatally wounded. District Attorney Jack Stollsteimer says there is a high probabilit y she was killed by police gunfire. "This tragedy will not go without consequence or claim or accountability of who is involved, regardless of who is involved," said State Senator Anthony Williams at a press conference Thursday.

Chopper 6 was over the scene after a shooting following a football game at Academy Park High School in Sharon Hill, Pa.

He and the Delaware County Black Caucus want to assure the public that they are involved and watching the investigation closely. "We have to be able to justify why police officers or others shot into a crowd of Black and brown children," said President of the NAACP Darby Area Branch. Sources say two of the police officers are white, one is Black. The officers involved have not been named.

Three Sharon Hill police officers mistakenly thought they were being fired upon from the vehicle and discharged their weapons more than a dozen times, sources tell Action News.

On Thursday night, the Sharon Hill Borough Council unanimously voted to appoint former Philadelphia District Attorney Kelley Hodge as special counsel to head an independent investigation. "I'm here in my best capacity and will apply all of my skills and training," said Hodge, who served as the first female African American district attorney of Philadelphia. "We'll have this borough in mind, as well as what's best moving forward so that the tragedy that did take place hopefully will never happen again." Sources say Delaware County District Attorney Jack Sollsteimer has made the investigation a top priority as investigators try and track down who fired the initial shots and which officer may have fired the fatal shot. SEE ALSO: Delaware County DA: 'High probability' that police gunfire killed 8-year-old girl at football game

The Delaware County DA said there is a "high probability" that responsive gunfire from police officers is what killed an 8-year-old girl after a Friday night football game.

The DA's office would not confirm or deny Action News' findings. The Sharon Hill Police Department did not return our calls.

Wow. So if they hear a gun shot, just open fire? This was murder. They all need to go to jail and even though it won't bring her back, sue the city and them personally.

The cops better be in shiny bracelets just as they have no problem shooting at the wrong car in a crowd of fans watching the game and killing an innocent little girl. What volumes does this speak when it comes to Sharon Hill police department? Again it goes back to the police being trigger happy and shooting bc they can. If they had their facts straight about the information with which car was actually shooting out of, this little girl would be alive today and my son would be in school. I don’t know why AP high is getting threats? It makes more sense for the ones who shot and killed her to be threatened but these police officers need to be put in jail and justice be served.

Police say a 34-year-old man tried to enter the home and kicked the front door off its hinges
PHILADELPHIA, PA・20 HOURS AGO
6abc Action News

One year after Wallace shooting, we ask: Do more Philadelphia police officers have Tasers?

The officers who shot Walter Wallace Jr. last year didn't have Tasers. One year later, Action News found not much has changed.
PHILADELPHIA, PA・7 HOURS AGO

UPDATE: Police in Abington Township say a man accused of filming a girl inside a mall dressing room has turned himself in.
MONTGOMERY COUNTY, PA・9 HOURS AGO
6abc Action News

2 men wanted in connection to murder in Pottstown, Montgomery County

The latest homicides in the city include a couple of fatal incidents in Southwest Philadelphia. In one shooting in the Eastwick neighborhood, a man was killed and a pregnant woman was injured.
PHILADELPHIA, PA・15 HOURS AGO
6abc Action News

A teenager is recovering after he was shot in Wilmington, Delaware.
WILMINGTON, DE・21 HOURS AGO
6abc Action News

Witnesses say a woman was crossing the street with her son, Ja-Kha House, when the driver of a white Buick Enclave struck the child.
PHILADELPHIA, PA・10 HOURS AGO
6abc Action News

Philadelphia police officer shot after being attacked by man with hammer, pickaxe

A Philadelphia police officer was rushed to the hospital after he was shot while responding to a dispute between a landlord and tenant on Tuesday afternoon.
PHILADELPHIA, PA・1 HOUR AGO

According to officials, Kai Johnson turned himself in at the Pemberton Township Police Department late Friday afternoon
1 DAY AGO
6abc Action News

Police say a male victim died after being shot in the head and body. A 24-year-old pregnant woman was also shot one time in her lower back.
PHILADELPHIA, PA・1 DAY AGO
6abc Action News

Some talented and tough K9s showed off their skills in Havertown on Saturday afternoon.
DELAWARE COUNTY, PA・1 DAY AGO
6abc Action News

Police are looking for the person who shot and killed a man in Philadelphia's Mantua neighborhood.
PHILADELPHIA, PA・2 DAYS AGO
6abc Action News

Graduate student Jelani Day's cause of death was drowning but questions remain: Coroner

The graduate student's body was found floating in the nearby Illinois River on September 4, but his remains weren't identified until late September.
14 HOURS AGO
6abc Action News

Firefighters are battling a massive blaze inside of a business in Pennsauken, Camden County on Tuesday night.
PENNSAUKEN TOWNSHIP, NJ・4 HOURS AGO
6abc Action News

Surveillance video shows the man rush up to the 2-year-old and try to grab him from his mother.
PHILADELPHIA, PA・1 DAY AGO
6abc Action News