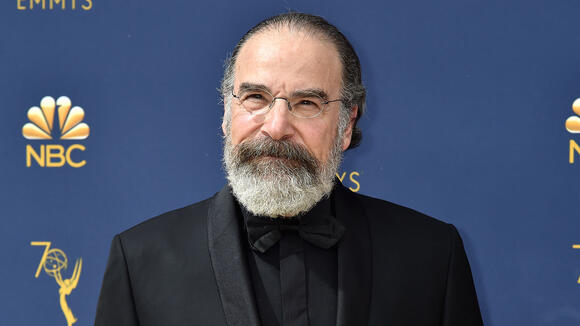 Hulu may have found its version of Knives Out.

The Disney-backed streamer has handed out a pilot order for drama Career Opportunities in Murder and Mayhem and tapped Homeland alum Mandy Patinkin to lead the cast.

Here’s how Hulu describes the potential series: “How do you solve a murder in a post-fact world? Especially when sailing the Mediterranean on an ocean liner filled with the wealthy and powerful. Everyone on board is hiding something… but is one of them a killer? That’s what the World’s Once Greatest Detective, Rufus Cotesworth, and his protégée aim to discover. The truth at all cost.”

Stumptown duo Mike Weiss and Heidi Cole McAdams will pen the script, exec produce and serve as showrunners on the drama. Marc Webb will exec produce the pilot and direct via his Black Lamb banner. Career Opportunities is produced by ABC Signature, where Webb is based with an overall deal .

Weiss is repped by WME and Morris Yorn. McAdams is with UTA and Jackoway Austen.

Marc Webb is with CAA and Jamie Feldman. Emmy winner Patinkin also counts The Princess Bride and, more recently, a role in Paramount+’s The Good Fight among his credits. He’s with ICM Partners and Echo Lake Entertainment.

Peter Scolari, who starred opposite lifelong friend Tom Hanks in the early 1980s sitcom Bosom Buddies, died Friday. He was 66. Scolari, an Emmy winner whose credits also included Newhart and HBO’s Girls, had been living with cancer for the past two years. A native of New Rochelle, New York, Scolari landed his first major acting role in the short-lived 1980 ABC comedy Goodtime Girls. Later that year, he and a then-unknown Hanks starred in Bosom Buddies, playing two guys who disguise themselves as women to live in an affordable, all-female apartment building. The show, also on ABC, lasted just two seasons, but...
CELEBRITIES・2 DAYS AGO
The Hollywood Reporter

The Crown’s Emma Corrin has lined up her next TV role. The Emmy nominee will star in FX’s limited series Retreat, from The OA creators Brit Marling and Zal Batmanglij. Corrin will play the lead role of Darby Hart, an amateur detective who attempts to solve a murder at a secluded retreat. Picked up to series in August, Retreat follows Darby Hart and 11 other guests who are invited by a reclusive billionaire to a dazzling, remote location. When one of the other guests is found dead, Darby must fight to prove it was murder against a tide of competing interests and...
TV & VIDEOS・13 DAYS AGO
The Hollywood Reporter

Hulu has rounded out the core cast of its limited series Candy, about an infamous murder case in Texas. Veep alum Timothy Simons has joined the drama from Universal Studio Group’s UCP and Disney’s 20th Television. He’ll play Pat Montgomery, the husband of Candy Montgomery (Jessica Biel). Melanie Lynskey and Pablo Schreiber also star as Betty and Alan Gore, the other couple at the center of the story. Candy centers on Biel’s character, a woman in 1980 Texas who seemingly had it all — a loving husband with a good job, a daughter and a son, a nice house in the brand-new...
TV SERIES・3 DAYS AGO
tvinsider.com

Michael Gandolfini and Zack Schor are the latest actors to join Paramount+’s The Offer, the upcoming series based on the making of The Godfather. The 10-episode series is set to detail the behind-the-scenes events of the Oscar-winning 1972 film. It is based on the experience of the movie’s producer Albert S. Ruddy, who will be played in the show by Whiplash star Miles Teller. Michael Toklin (Escape at Dannemora) is the show’s creator and executive producer, with Nikki Toscano (Hunters) serving as showrunner.
MOVIES・3 DAYS AGO

‘History of the World, Part II’ Series From Mel Brooks Ordered at Hulu

EXCLUSIVE: Gabrielle Creevy (In My Skin) rounds out the lead cast, alongside Shailene Woodley, DeWanda Wise and Betty Gilpin, in upcoming Showtime drama Three Women, an hourlong series based on the nonfiction bestseller by Lisa Taddeo. Creevy is Maggie, the third of the Three Women in the title, a student in North Dakota who weathers an intense storm after accusing her married English teacher of an inappropriate relationship. In Three Women, adapted by Taddeo, a group of women are on a crash course to radically overturn their lives. In addition to Maggie, there is Lina (Gilpin), a homemaker in Indiana who,...
TV & VIDEOS・3 DAYS AGO
tvseriesfinale.com

The search for answers is over. The Y: The Last Man TV series has been canceled so there won’t be a second season, at least not on FX on Hulu. The first season is currently being released on Mondays on Hulu and will finish after three more episodes, on November 1st. An executive producer for the show says there are efforts underway to find the show a new home.
TV SERIES・7 DAYS AGO
tvinsider.com

Orange Is the New Black star Pablo Schreiber has joined the cast of Candy, Hulu’s upcoming limited series based on the real-life Candy Montogemery axe murder case. Schreiber is set to play Allan Gore, a Silicon Prairie engineer whose wife is mysteriously killed with an axe in their home. He will star alongside Jessica Biel (who replaced Elisabeth Moss in the title role) and Castle Rock‘s Melanie Lynskey, who will play Allan’s wife, Betty.
TV SERIES・4 DAYS AGO

Academy Award-winner Octavia Spencer has joined FX’s upcoming drama, The Bobby Love Story, based on the true story of an escaped convict and his wife of 35+ years who never knew his secret. Spencer is set to star in and executive produce the one-hour drama, written by Shalisha Francis-Feusner (Seven...
TV SERIES・3 DAYS AGO
spoilertv.com

Gabrielle Creevy (In My Skin) rounds out the lead cast, alongside Shailene Woodley, DeWanda Wise and Betty Gilpin, in upcoming Showtime drama Three Women, an hourlong series based on the nonfiction bestseller by Lisa Taddeo. Creevy is Maggie, the third of the Three Women in the title, a student in...
TV SERIES・3 DAYS AGO
The Hollywood Reporter

Fans of John Lithgow may not get to see his face in his latest role. However, hearing his signature voice in James Patterson and Duane Swierczynski’s Audible Original drama The Guilty contributes to a highly immersive audio experience. The actor voices the reclusive, wildly successful writer Osmond Box, performing alongside Bryce Dallas Howard, Aldis Hodge, Corey Stoll, Marsha Stephanie Blake, Stephen DeRosa, Julie White, Danny Burstein and Peter Gallagher. “There were so many elements there that appealed to me. James Patterson for one thing — the fact that Audible had invited him to experiment with audio drama, something that I’ve been doing...
MOVIES・3 DAYS AGO
Collider

If you thought that with Lovecraft Country’s cancellation at HBO and Loki taking a long hiatus at Disney+, it would be a while before we saw Emmy-nominated actor Jonathan Majors again, you’re dead wrong. Even though we don’t know at what capacity he will be featured in Ant-Man and the Wasp: Quantumania, we do know he will be front and center in his next project, Magazine Dreams.
CELEBRITIES・2 DAYS AGO

A pair of HBO staples begin their seasons this week — and in the case of Insecure, its last season. The next seven days will also bring the opening of baseball’s World Series, the return of a CW favorite and the second season of Netflix’s Locke & Key. Below is The Hollywood Reporter‘s rundown of premieres, returns and specials over the next seven days. It would be next to impossible to watch everything, but let THR point the way to worthy options for the coming week. All times are ET/PT unless noted. The Big Show Insecure will close out its run on HBO with a 10-episode fifth season...
TV SERIES・4 DAYS AGO
Indiewire

The 7 Best Movies New to Netflix in October 2021

There’s a lot of decent stuff hitting Netflix in October: “Leon: The Professional,” “As Good as It Gets,” “A Knight’s Tale,” “Ghost.” But “decent” doesn’t cut it with IndieWire. There are also some outstanding titles coming to the service this month, and those are the ones we’re highlighting below. That...
TV & VIDEOS・23 DAYS AGO
GeekTyrant

Hulu has released a new trailer for the second season of the original series The Great, starring Elle Fanning as Catherine The Great, Empress of Russia, and Nicholas Hoult as her spoiled husband, Peter III. They are joined in the cast by Gillian Anderson as Catherine’s mother, Joanna, as well as Phoebe Fox, Adam Godley, Gwilym Lee, Charity Wakefield, Douglas Hodge, Sacha Dhawan, Bayo Gbadamosi, and Belinda Bromilow.
TV SERIES・4 DAYS AGO
The Hollywood Reporter

Every scene in Maya and the Three is a feast for the eyes. Deep golds, shimmering blues and fierce reds meld beautifully in this Netflix series about the adventures of a Mesoamerican teen who’s more interested in polishing her fighting skills than attending to her royal duties. Created by The Book of Life director Jorge Gutiérrez, Maya and the Three is a grand fantasy adventure told in nine chapters, beginning on the day of the feisty protagonist’s coronation as princess of the Teca Kingdom. The first episode, “Chapter 1: Quinceañera,” opens with Maya (voiced by Zoe Saldana) recounting a tale that...
TV SERIES・2 DAYS AGO
Deadline

EXCLUSIVE: We have learned that Zachary Quinto, Lukas Gage, Simon Rex, Judith Light and Audra McDonald are set for FilmNation Entertainment’s Rightor Doyle feature directorial debut Down Low.  The news comes in the wake of Rex receiving a Gotham Award nomination in the Lead Performance category for A24 and FilmNation’s Red Rocket and Gage’s HBO series The White Lotus receiving a nomination in the Breakthrough Series – Long Format slot. Newcomer Sebastian Arroyo also rounds out the cast of the comedy feature written by Gage and Phoebe Fisher. Pic, produced by FilmNation Entertainment’s Ashley Fox and Lucas Wiesendanger and Sui Generis Pictures’ Ross Katz, centers around a...
MOVIES・3 DAYS AGO
Variety

NBC revealed a first look at Celina Smith as Annie in “Annie Live!,” which airs on Dec. 2 at 8 p.m. The image sees Smith wearing the titular orphan’s famous white-collared red dress, “holding hands” with the dog who will play Sandy in the production. Smith, who is 12 years old, was cast after NBC’s nationwide search for a “future star” to take the iconic role. She’s most recently been seen as Rebecca in “Tyler Perry’s Young Dylan” on Nickelodeon and has also played Young Nala in the touring company of “The Lion King.” “Annie Live!” also stars Harry Connick Jr. as...
TV & VIDEOS・2 DAYS AGO
TV Fanatic

Apple TV+ is staying in business with the team behind Ted Lasso. The streamer announced a series order for Shrinking, a 10-episode comedy series that will star Jason Segel, who also serves as writer and executive producer alongside Emmy Award winners Bill Lawrence and Brett Goldstein. Lawrence and Goldstein are...
TV SERIES・11 DAYS AGO