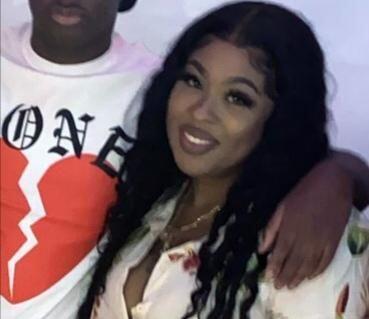 Last Sunday, 31-year-old Shanice Young was shot in the head in Harlem, New York. She was nine months pregnant and excited to welcome her third child. In fact, she had been walking home from her own baby shower when she was shot right in front of her daughter. 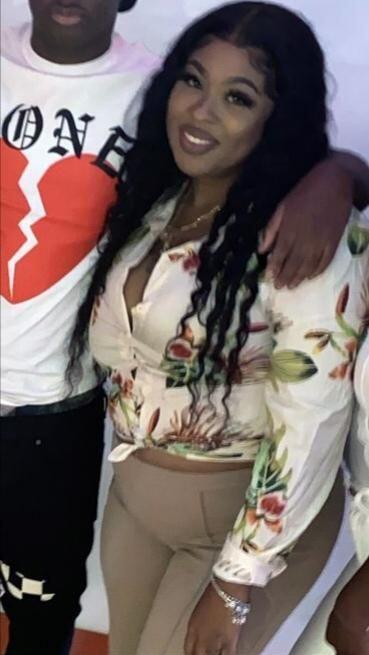 Now, police have arrested the suspected shooter who is believed to be Young’s ex-boyfriend.

“A pregnant woman, coming home from her baby shower, who was shot and killed. In cold blood. By someone that she knew,” NYPD Officer Amir Yakatally told ABC 7 . “He is someone who had a firearm and felt comfortable using it.” 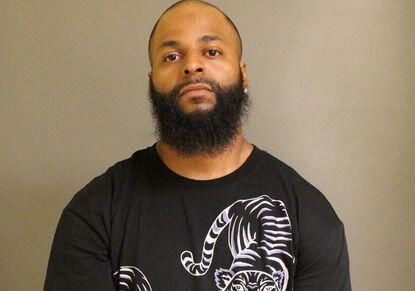 Soriano, 40, was picked up at a Bronx home by the borough’s Warrants Squad around 1 a.m. Sunday, reports The New York Post . He was taken to Harlem’s 32 Precinct, where charges are allegedly pending.

Young, who had another child besides the daughter who witnessed her killing, and was also caring for her two younger siblings, was reportedly taking gifts from her baby shower into the lobby of her apartment building when Soriano, who neighbors identified as Young’s ex, got into a physical altercation with the father of Young’s unborn child.

According to ABC, authorities were told by witnesses that one of the two men had a gun. Initially, authorities thought the gun “accidentally went off” and struck Young, but now cops believe that the suspect “targeted her” after she tried to break up the fight .

“Shanice was a victim,” Young’s sister Metania told ABC . “She had two [children], and the third one died with her.”

On Monday, elected officials and community leaders joined friends and family members of Young for a vigil at the site of the tragic shooting. The vigil was organized by nonprofit groups including Harlem Mothers SAVE and W.A.R.M. (We All Really Matter).

“I’m broken. I’m broken and I miss her. I miss her so much,” Young’s father, Thurman Young, said during the vigil, according to Spectrum News NY . “My daughter was the most beautifulest woman in the world. She stepped up when her mother died, took care of her little sister and her brother.”

they really need to start using a firing squad or some other type of death penalty. and make it public and quick. no more years and years on death row.

RIP Shanice, Condolences to her grieving father and family.Why would he have to kill her and her baby? The violence that is happening now is just insane, we need law an order restored. Prayers for her family to have peace and strength for the difficult days ahead. So sorry this has happened, a beautiful lady..

So unfortunately sad... These men who cannot let go will do just about anything to see the woman suffers. She clearly moved on long ago to be near giving birth to another man's child but the ex has been holding on to pay her back for whatever reason. He will have his day indeed!! May she rest in heaven and my heart goes out to her other children and siblings she was caring for as well.

A photo shows a string of terrified text messages a mother received from her son on Wednesday morning during a shooting at his high school in Arlington, Texas. Four people were injured in the shooting, including three who were hospitalized, and the suspect was taken into custody. A screenshot of...
TEXAS STATE・19 DAYS AGO
People

Rust Gaffer Says He Held Halyna Hutchins 'While She Was Dying,' Blames Her Death on 'Negligence'

Cinematographer Halyna Hutchins' colleague on the set of Rust is revealing his account of the tragic shooting that took her life last week. Serge Svetnoy, who served as the electrician on the set of the Alec Baldwin movie, wrote in an emotional Facebook post that he was standing next to Halyna, 42, when she was shot and killed by Baldwin on the set of the film on Thursday.
PUBLIC SAFETY・16 HOURS AGO
toofab.com

Woman Shoots Roommate Dead For Refusing to Kiss Her in Front of His Girlfriend: Police

When he kissed his girlfriend instead, the mom-of-three murdered him, prosecutors say. An Illinois man was shot dead in front of his girlfriend after refusing to kiss their roommate, police say. Claudia Resendiz-Flores, 28, had recently moved into the couple's home Rolling Meadows, the Chicago Sun-Times reported. On Thursday, all...
PUBLIC SAFETY・7 DAYS AGO
Oxygen

A Minnesota man allegedly shot a woman to death at a camping resort last week after possibly mistaking her for his former girlfriend, authorities said. Police were called from Cozy Bay Resort on Lake Edward in Nisswa on Thursday night after a witness heard several gunshots, a press release from the Crow Wing County Sheriff’s Office stated.
CROW WING COUNTY, MN・12 DAYS AGO

A woman lost her life after her boyfriend fatally shot before turning the gun on himself in an apparent murder-suicide. Xamegga Whitfield, 25, was shot Thursday morning by her boyfriend Michael Culpepper, 20, in the road outside of an apartment, police say.
PUBLIC SAFETY・3 DAYS AGO
CrimeOnline

A Chicago mother and her boyfriend appeared in court Friday, accused of beating and neglecting a 2-year-old girl’s injuries until the day she died this week at Holy Cross Hospital. Chicago Police said Alisson Zelaya Ardon died Tuesday morning and had multiple injuries, including burns, to her arms, legs, and...
CHICAGO, IL・1 DAY AGO
Shine My Crown

A woman was shot and killed in Washington D.C. on Thursday by her ex-boyfriend. Nikiesha Thomas, 33, had obtained a protective order against ex-boyfriend Antoine Oliver just three days before her murder. The authorities said the order had not yet been served. They had made attempts to reach Oliver, including by phone.
PUBLIC SAFETY・14 DAYS AGO
CBS Philly

PHILADELPHIA (CBS) — The couple convicted of attacking a Sesame Place employee over face masks was back in court Monday. A Bucks County judge sentenced Troy McMoy to five to 10 years in state prison. His girlfriend, Shakerra Bonds, was sentenced to four to 23 months in county jail. Authorities say the couple fractured the teen worker’s jaw in August 2020. It happened after he asked the New York couple to wear face masks in the park.
BUCKS COUNTY, PA・16 HOURS AGO

This Should Be A Hate Crime: UK Man Found Guilty Of Attacking Ex-Girlfriend With Acid While Dressed As Large Black Woman

A woman was fatally shot by a stray bullet while reading the Bible to her 7-month-old baby daughter, multiple outlets report. Melanie Yates, 23, died on Monday after she suffered a "gunshot wound to the head" the night before, according to a GoFundMe set up by the family, who called it the "most devastating news."
ILLINOIS STATE・3 DAYS AGO
buzzfeednews.com

A Man Was Fatally Shot While Sitting In A Car, His Family Said. The Shooter Wasn't Arrested, And Police Aren't Answering Questions.

Adil Dghoughi was sitting in his girlfriend’s car in the small town of Martindale, Texas, when a resident walked out of his home with a handgun, confronted him, and then shot and killed the 31-year-old. The bullet, Adil’s brother Othmane Dghoughi told BuzzFeed News, pierced the driver’s-side window, cut through...
MARTINDALE, TX・5 DAYS AGO
WEAR

Report: Florida woman arrested for hitting her ex-boyfriend with a machete

ESCAMBIA COUNTY, Fla. -- On Wednesday, a 37-year-old woman was arrested and charged for allegedly hitting her ex-boy with a machete, stealing items and damaging his TV. According to the report, deputies responded to a home on Crary Road and made contact with the victim. The victim stated that his...
FLORIDA STATE・6 DAYS AGO

A woman was shot four times when she was caught in the crossfire of a shootout on a Brooklyn street Friday night, cops said. The victim was hit with slugs three times in the midsection and once in the leg, as two suspects shot at each other outside the Kings Studio event center on Atlantic Avenue in East New York, where a baby shower was being held, police said.
BROOKLYN, NY・2 DAYS AGO
KGET

BAKERSFIELD, Calif. (KGET) — Jerrollyn Hunt’s daughter wanted her keys back. She argued with her boyfriend on Aug. 9, and when he left he took her spare set of car keys with him. She asked Hunt for help. The following day, the daughter, Hunt and two others went to a home where Javontae Tervell Green […]
BAKERSFIELD, CA・14 HOURS AGO
theadvocate.com

Woman fatally shot boyfriend after she 'choked,' 'strangled' him during argument, EBRSO says

A woman fatally shot her boyfriend after she choked him during an argument early Monday, according to arrest records from the East Baton Rouge Sheriff's Office. Ebonie J. Hartwell, 29, of Baton Rouge, was booked hours later on a count of second-degree murder. Authorities say they responded at 12:45 a.m....
BATON ROUGE, LA・18 HOURS AGO
whdh.com

Officials: Woman fatally shot man after he refused to kiss her

(WHDH) — A woman shot and killed a man last week because he refused to kiss her during a gathering at their home, officials said. Claudia Resendiz-Florez, 28, of Rolling Meadow, Illinois, was arrested Thursday on charges including first-degree murder, according to the Rolling Meadows Police Department. Officers responding to...
PUBLIC SAFETY・7 DAYS AGO

A 30-year-old male was found shot to death in the living room of a home on Crestwood Avenue Tuesday morning, according to the Cleveland Division of Police.
CLEVELAND, OH・6 DAYS AGO
kezi.com

Man arrested and charged in death of woman fatally shot by toddler while on Zoom work call, authorities say

A Florida man has been arrested and charged after a woman was fatally shot by her toddler while she was on a Zoom conference call, officials say. On October 7, Assistant State Attorney Dan Faggard charged Veondre Avery with manslaughter and failure to securely store a firearm in connection to the death of Shamaya Lynn at the couple's home on August 11, according to a statement from the state attorney's office.
ALTAMONTE SPRINGS, FL・12 DAYS AGO
Shore News Network

Woman kidnapped, threatened to be killed by ex-boyfriend and his new girlfriend, shot as she fled

MERCED, CA – On October 12, 2021, at approximately 9:30 am, Merced County Sheriff’s Deputies responded to the area of West Highway 140 and Rosa Road, in Stevinson for a report of a female victim saying she was kidnapped and threatened to be killed by her ex-boyfriend. The Merced County...
STEVINSON, CA・9 DAYS AGO
Insider

An off-duty NYPD officer shot her ex-girlfriend and killed another woman, police say

The NYPD officer was off-duty when she went to the Brooklyn apartment of her ex-girlfriend, then shot her and her love interest, according to reports.
LAW ENFORCEMENT・11 DAYS AGO