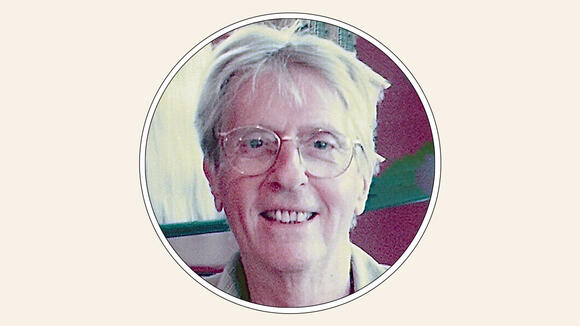 Joel Rapp, who wrote for sitcoms including The Donna Reed Show , McHale’s Navy and Gilligan’s Island , died Wednesday in his Beverly Hills home, a publicist announced. He was 87.

In collaboration with Roger Corman, Rapp directed the features High School Big Shot (1959) and Battle of Blood Island (1960) and produced the Fabian-starring The Wild Racers (1968). He also worked in comedy development in the ’60s as a vice president for Universal Pictures.

Known as “Mr. Mother Earth, Plant Man to the Stars,” Rapp spent 11 years with Regis Philbin and Kathie Lee Gifford as the gardener on their morning TV program and wrote 14 books on indoor gardening and cooking. He also spent more than a decade dispensing gardening advice on WABC radio in New York.

Joel Malcolm Rapp was born in New York on May 33, 1934, and raised in Beverly Hills. His father, Philip Rapp, created the Baby Snooks character for Fanny Brice for a CBS radio show and the sketch comedy series The Bickersons for NBC radio. Brice was his godmother and comedian Eddie Cantor his godfather.

Rapp landed his first writing credit on a 1954 episode of CBS’ Topper , starring Robert Sterling and Anne Jeffreys , then wrote for such shows as Highway Patrol , Lassie , Colt .45 and M Squad before the end of the decade.

He quit his job at Universal in 1969 to go into the indoor plant business.

Peter Scolari, who starred opposite lifelong friend Tom Hanks in the early 1980s sitcom Bosom Buddies, died Friday. He was 66. Scolari, an Emmy winner whose credits also included Newhart and HBO’s Girls, had been living with cancer for the past two years. A native of New Rochelle, New York, Scolari landed his first major acting role in the short-lived 1980 ABC comedy Goodtime Girls. Later that year, he and a then-unknown Hanks starred in Bosom Buddies, playing two guys who disguise themselves as women to live in an affordable, all-female apartment building. The show, also on ABC, lasted just two seasons, but...
CELEBRITIES・4 DAYS AGO
The Hollywood Reporter

Joel Souza, the director of Rust who was injured during an on-set shooting, is speaking publicly for the first time since the death of cinematographer Halyna Hutchins. “I am gutted by the loss of my friend and colleague, Halyna. She was kind, vibrant, incredibly talented, fought for every inch and always pushed me to be better,” the director said in a statement to NBC News. “My thoughts are with her family at this most difficult time.” The director also spoke to the outpouring of support he’s seen following news of his hospitalization after being wounded Thursday by a prop gun handled by Rust...
MOVIES・3 DAYS AGO
The Hollywood Reporter

Snoop Dogg has revealed that his mother, Beverly Tate, has died. The rapper paid tribute to Tate through a series of photos and videos posted on his Instagram account Sunday. He shared a picture of himself next to Tate with the caption, “Mama thank u for having me.” In another post, he uploaded a photo of his mother dressed up holding a bouquet of flowers. He wrote, “Thank u god for giving me an angel for a mother.” The rapper also shared a video of himself listening to music in a dark room and a following post with the words, “Till....
MUSIC・23 HOURS AGO
DoYouRemember?

Tina Louise played Ginger Grant on Gilligan’s Island. The show ran in the ’60s and now Tina is sadly the only surviving cast member of the iconic show. She recently opened up about her time on the show and shared who she thought her sexiest co-star was. She simply said, “It’s Jim [Backus].”
NEW YORK CITY, NY・13 DAYS AGO

Guardians of the Galaxy and The Suicide Squad director James Gunn tried to make a new version of the famous TV show Gilligan's Island with a very sinister twist. After the original Guardians of the Galaxy, Gunn said he tried to resurrect writer Charlie Kaufman's pitch for a movie version of Gilligan's Island where the inhabitants of the island are trying to kill and eat each other to survive.
MOVIES・13 DAYS AGO
thechronicle-news.com

James Gunn and Charlie Kaufman wanted to reboot 'Gilligan's Island' as a dark, cannibalistic movie. The 'Guardians of the Galaxy' filmmaker has revealed he tried to bring back the classic 1960s sitcom - which featured a group of people stranded on a deserted island - in a more sinister way based on a script 'Eternal Sunshine of the Spotless Mind' writer Kaufman penned in the late 1990s.
MOVIES・12 DAYS AGO
MIX 108

Just sit right back and you'll hear a tale, a tale of a fateful trip. It started from a tropic port, aboard a tiny ship. And then the people started to eat each other. Now, that is not how the tale of Gilligan’s Island transpired on television. As chronicled in the famous 1960s sitcom, Gilligan, the Skipper too, and five more castaways got stranded on a deserted island and struggled to survive. While that could be the makings of a dark drama — it’s basically the same concept as Lost when you think about it — Gilligan’s Island was a broad comedy. The gang never got off the island, but nothing all that bad ever happened either.
MOVIES・12 DAYS AGO
Outsider.com

‘Gilligan’s Island’: James Gunn Pitched a Cannibal Castaway Film But Was Shut Down

Director James Gunn once pitched a dark version of Gilligan’s Island with cannibals, but the film was shut down. Gunn is known for his directing of films like Guardians of the Galaxy and the new Suicide Squad. In a recent tweet, Gunn talked about how Charlie Kaufman actually pitched the film to executives in the 90s. While Warner Brothers wanted to sign on, Sherwood Schwartz, the creator of Gilligans Island, absolutely refused.
MOVIES・12 DAYS AGO

Back in 1970, fans that had heard of comedic actor Bob Denver likely knew him from his title role on Gilligan’s Island. Yet for some, including a New York Times critic, their first introduction to Denver was in a Woody Allen play on Broadway. Woody Allen wrote and starred in...
MOVIES・3 DAYS AGO
WJW FOX 8 News Cleveland

(WJW) — Child actor Matthew Mindler committed suicide using a product purchased on Amazon, TMZ reports. TMZ reports Mindler’s cause of death was sodium nitrate toxicity. His death was ruled a suicide. Mindler, who was a student at Millersville University in Pennsylvania, was found dead near campus in August. Mindler, a first-year student at Millersville, […]
CELEBRITIES・11 DAYS AGO
nickiswift.com

What Were Alec Baldwin's First Words After He Fired A Prop Gun That Killed Someone?

The world is in shock after actor Alec Baldwin shot and killed cinematographer Halyna Hutchins and injured director Joel Souza on the set of "Rust" with a prop gun. The incident occurred in New Mexico, where the film was being shot, per CNN. Hutchins was immediately transported to the University of New Mexico Hospital, where she later died from her injuries. Director Souza is undergoing medical assistance at Christus St. Vincent Regional Medical Center in Santa Fe.
CELEBRITIES・4 DAYS AGO
musictimes.com

Snoop Dogg's mother, Beverly Tate has passed away at the age of 70. The rapper recently confirmed the tragic news on his Instagram account by posting a picture of him and Tate with the caption, "Thank u god for giving me an angel, for a mother, TWMA." The "Drop It...
CELEBRITIES・1 DAY AGO

If a Happy Days revival ever happened, Ron Howard has someone in mind to play his former character, Richie Cunningham. Ron played Richie on Happy Days from 1974 until 1984. Fans continue to ask Ron and the other stars if they see the show ever getting a remake. Ron shared...
MOVIES・12 DAYS AGO
TVShowsAce

’90 Day Fiance: Happily Ever After?’: The Mystery Of JoJo’s and Angela’s Broken Friendship

Shocking fans everywhere, 90 Day Fiance: Happily Ever After? co-star Jojo shared that she is no longer friends with Angela Deem. After that, Jojo shared a cryptic message on Instagram. That mysterious message got fans talking. JoJo posted how she had “stop[ped] talking to some people.” She posted this with...
TV SERIES・1 DAY AGO
WJW FOX 8 News Cleveland

(WJW) – Actor, rapper and comedian Ricarlo Flanagan has died at age 40. Flanagan’s agent confirmed the news to Deadline. His cause of death has not been confirmed. Flanagan recently posted to Twitter about contracting COVID-19. “This covid is no joke. I don’t wish this on anybody,” he wrote. Flanagan had a recurring role on […]
CELEBRITIES・13 DAYS AGO
Shine My Crown

Candace Owens refuses to show any compassion for Hollywood actor Alex Baldwin after he fatally shot and badly injured two crew members after firing a prop firearm on the set of the movie "Rust" in New Mexico.
CELEBRITIES・3 DAYS AGO

It appears that Ray J and Princess Love are serious about ending their marriage this time. Ray J, 40, has listed off his requests to the judge, according to court documents obtained by TMZ. The rapper-turned-reality TV star and businessman wants joint custody of the couple’s two children. Ray also...
RELATIONSHIPS・6 DAYS AGO
ComicBook

Married with Children actress Katey Sagal was hit by a car while crossing the street in Los Angeles. The incident was reported by TMZ today and an ambulance was on-hand to transport her to the hospital for the injuries. Luckily for Sagal, they don't seem to be life-threatening. But, it is still a scary situation. Reports indicate that she should be released before the weekend is over. The driver in question actually stopped to assist her after the accident. A lot of fans are relieved to hear it wasn't anything series. Married with Children is a beloved show from the 1990s. Sagal has also been huge on Sons of Anarchy as Gemma Teller. She's even made a return to broadcast television with her presence on The Conners over at ABC. So, a wild moment leads to not much more than a bump in the road for a television fan-favorite.
TV & VIDEOS・11 DAYS AGO
Inside the Magic

Hollywood legend Peter Scolari has passed away at the age of 66 after battling cancer for the last two years. Despite his illness, Scolari continued to work in the industry that he loved, most recently wrapping up filming on the second season of the television series Evil where he played Bishop Thomas Marx.
CELEBRITIES・4 DAYS AGO
AceShowbiz

The former member of Destiny's Child and the 'Empire State of Mind' hitmaker come across each other when they attend 'The Harder They Fall' premiere in Los Angeles. AceShowbiz - Kelly Rowland was left baffled after her recent interaction with Jay-Z at "The Harder They Fall" premiere went viral. When addressing the matter, the former Destiny's Child member admitted that she will "never understand" what's the big deal about it.
CELEBRITIES・6 DAYS AGO