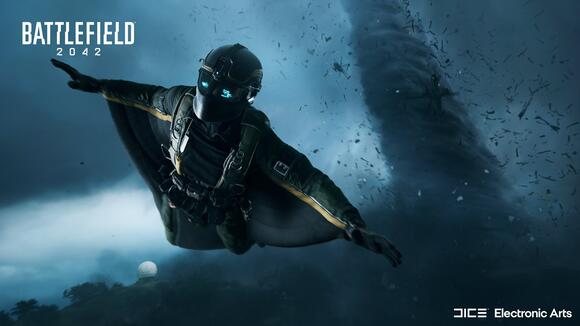 EA/DICE’s answer to Call of Duty , Battlefield 2042, has officially gotten its wig pushed back.

DICE’s parent company Electronic Arts announced the unfortunate news on Wednesday (Sep.15) that Battlefield 2042 , the next installment in the EA’s Battlefield first-person shooter franchise, will have its release date pushed back nearly a month. The game was originally set to hit consoles and PC on October 22nd and now will arrive on November 19th, two weeks after Call of Duty: Vanguard .

In a statement shared by Electronic Arts, Oskar Gabrielson, studio GM at DICE, said on behalf of the Battlefield 2042 team:

“Building the next generation of Battlefield during a global pandemic has created unforeseen challenges for our development teams. “Given the scale and scope of the game, we had hoped our teams would be back in our studios together as we move towards launch. With the ongoing conditions not allowing that to happen safely, and with all the hard work the teams are doing from home, we feel it is important to take the extra time to deliver on the vision of Battlefield 2042 for our players.”

But there was some good news. Gabrielson revealed that gamers can expect news on Battlefield 2042’s upcoming BETA sometime later this month, still allowing you to play the game ahead of its new launch date.

Battlefield 2042 is the latest game to face development issues due to the COVID-19 pandemic. The Last of Us Part II suffered the same issues and had its release date pushed back nearly a month before it was eventually released in 2020 at the height of the pandemic and was still well-received by critics despite the game’s plot leaking online. Halo Infinite was originally supposed to launch with the Xbox Series S|X but was also delayed leaving Microsoft’s console with no first-party game at launch.

Delays are always gut punches when game studios announce them, but we appreciate that they hold on to the game and fix whatever is wrong, then rush it out. No one wants to be the next Cyberpunk 2077 .

Follow live: PS5 stock UK – tracking live restock updates from all the major retailersThe PS5 has been out for nearly a year now and gamers are still struggling to get their hands on Sony’s newest console. Stock issues have plagued the PS5 ever since it launched last year, and the restock kerfuffle is still going on today.The sad tale began in November, when excited gamers tore open PS5 parcels that they had pre-ordered, only to find them replaced with cat food, a George Foreman grill and a bag of grain. Whenever more PS5s were made available, they were snapped up almost immediately,...
VIDEO GAMES・9 HOURS AGO
gamepressure.com

According to a well-known insider, Battlefield 2042 was supposed to look completely different. The game was planned as a battle royale title inspired by Apex Legends. Just yesterday, reports surfaced from Tom Henderson that pointed out the problems Battlefield 2042 was facing. According to his sources, the company executives in charge of the game's development didn't have a coherent vision of what the game was actually supposed to be. Among the inspirations was the latest installment of CoD: Modern Warfare, which did not make longtime fans of DICE's series happy.
VIDEO GAMES・14 DAYS AGO
PlayStation LifeStyle

The Battlefield 2042 beta left many players disappointed as several of the game’s features were seemingly missing, in addition to some performance issues. According to EA, this was because the build was several months old. However, renowned Battlefield leaker Tom Henderson claims the beta build wasn’t as old as first implied. Instead, the reason the excuse was given is because DICE is having stability issues with its game builds and the development of Battlefield 2042 is in trouble.
VIDEO GAMES・15 DAYS AGO
totalgamingnetwork.com

In Hazard Zone, join a four-member squad to locate and retrieve data drives that are scattered throughout the battlefield. Fight opposing player squads and AI controlled occupying forces. Gather the drives then choose when to extract before a storm decimates the area. With its November 19 release date quickly approaching,...
VIDEO GAMES・13 DAYS AGO

Battlefield 2042 looks like it’ll be the biggest shooter this fall, especially with its new Hazard Mode, developer DICE revealed on Thursday. Hazard Mode is quite a bit different from Battlefield’s typical grand-scale formula. Instead of the chaos that comes with 128 players in Conquest Mode, Hazard Mode will have 32 players (24 on last generation consoles) broken up into eight teams trying to capture data drives, then sneaking off before anyone finds you. The objective is to avoid conflict with opposing teams when possible, which is wild for a first-person shooter like Battlefield.
VIDEO GAMES・13 DAYS AGO
Polygon

Call of Duty: Warzone will get a kernel-level anti-cheat system in an update scheduled for next month, a significant escalation in developers’ efforts to root out and remove cheaters from a free-to-play battle royale that claims more than 100 million users. As if acknowledging the severity of this development, a...
VIDEO GAMES・14 DAYS AGO

Battlefield 2042 is set to release worldwide next month via the PC, PS4, PS5, Xbox One, and Xbox Series X|S, and when it does, it will be missing a huge slab of features from previous Battlefield games, or at least that's what the recent beta indicates is happening. Over on Reddit, a video highlighting these features has gone viral and earned just about every Reddit award under the sun in the process. The video is over four minutes long and reveals a variety of features that have been inexplicitly yanked, such as rolling, throwing back grenades, and crouch sprinting. Meanwhile, it also highlights how much less destruction there is.
VIDEO GAMES・11 DAYS AGO
pushsquare.com

Battlefield 2042 Hazard Zone Sounds Like the Game's Most Intense Mode

After months of teasing, EA DICE has finally revealed the third pillar of multiplayer title Battlefield 2042. Along with the usual online suite of modes and Battlefield Portal will be Hazard Zone, a hardcore offering in the same vein as the likes of Escape from Tarkov and Hunt: Showdown. Online squads must complete tasks on maps from the normal multiplayer modes and fend off attacks from other combatants; both real life and controlled by the AI. The trailer above will explain it all in further detail.
VIDEO GAMES・13 DAYS AGO
Collider

The highly anticipated action RPG, Elden Ring, has been delayed, but luckily by just a little over a month. Elden Ring will now release on February 25, 2022, as opposed to its previous release date of January 21, 2022. Even though the release date is months away, you can play the game before the release by registering for the beta.
VIDEO GAMES・9 DAYS AGO
Eurogamer.net

Elden Ring has been delayed a month to February 2022. The hotly-anticipated next game from From Software was due out on 21st January 2022 for PC, PlayStation 4, PS5, Xbox One and Xbox Series X/S. It's now coming out 25th February 2022. The reason? "... the depth and strategic freedom...
VIDEO GAMES・9 DAYS AGO
HipHopWired

Marvel’s Guardians of the Galaxy isn’t Out for Two Weeks, but Here’s the Launch Trailer

More and more these days we see publishers releasing launch trailers for upcoming releases several days (sometimes weeks) ahead of the actual release dates of those games, which is what Square Enix is doing here with Marvel’s Guardians of the Galaxy. It’s out in a couple of weeks, but Square is hoping to ratchet up the hype with this trailer.
VIDEO GAMES・15 DAYS AGO
TheSixthAxis

THQ Nordic and Aspyr Media have announced new Star Wars game collections which are due to be released very soon. There are two bundles planned for both the Nintendo Switch and PS4 (as well as PS5, via backwards compatibility). These include the Star Wars Jedi Knight Collection as well as Star Wars Racer and Commando Combo, arriving first on PS4 (October 26, 2021) and then Switch (November 16, 2021).
VIDEO GAMES・14 DAYS AGO
HipHopWired

Like the Xbox Series X console, the “Mini Fridge” also quickly sold out. When Microsoft first revealed the Xbox Series X, many gamers couldn’t help but notice that the towering console looked like a mini-refrigerator. Microsoft brilliantly took notice of the jokes and teamed up with Snoop Dogg to drop a trailer of an actual Xbox Series X refrigerator, a 6-foot, 400 pounds, 1:1 scale replica of the next-gen console. Microsoft even blessed the legendary rapper and video game fanatic with an Xbox Series X fridge.
VIDEO GAMES・8 DAYS AGO