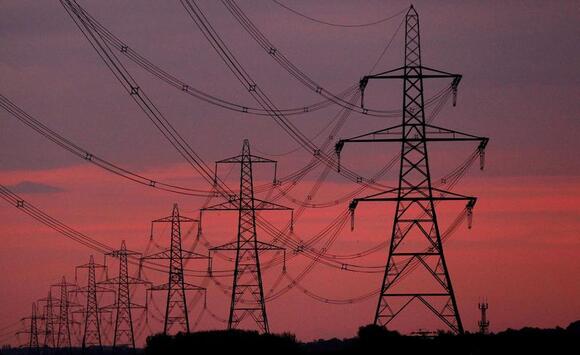 (Reuters) - Britain’s National Grid said a fire at its IFA interconnector site in Sellindge in Kent, part of the connector that links the French and British power grids, was extinguished on Thursday.

"We are completely focused on getting IFA safely returned to service as soon as possible," the grid said in an update on its website www.nationalgrid.com/incidents.

“We are in discussions with the UK electricity system operator (ESO) and our European partners to ensure we optimise upcoming planned pre-winter outages of our other interconnectors to support UK security of supply,” it said.

National Grid has four operational interconnectors – two to France (IFA and IFA2), one to the Netherlands (BritNed) and one to Belgium (Nemo Link).

On Wednesday, National Grid said the fire would mean 1 gigawatts, or half of capacity, would remain offline until 27 March 2022.

“We are also in the process of commissioning North Sea Link, our latest interconnector to Norway, to provide additional capacity next month - ahead of the winter period,” the grid added.

NEW DELHI, May 25 (Reuters) - India's power ministry has sought a two-year extension from the environment ministry for utilities to install emission cutting equipment, according to a power ministry letter seen by Reuters. India initially had set a 2017 deadline for thermal power plants to comply with emissions standards...
ENERGY INDUSTRY・46 MINUTES AGO
Reuters

COPENHAGEN, May 22 (Reuters) - Danish engineering group Topsoe plans to build Europe's biggest plant making electrolysers - machines that produce the green hydrogen considered a cornerstone of the shift to cleaner energy. Hydrogen is categorised as green when made using renewable power, and is seen as critical in helping...
ENERGY INDUSTRY・2 DAYS AGO
Business Insider

"The West made the fatal mistake of becoming reliant on Russian energy supplies," Mikhail Khodorkovsky said. "The West has to pay for its mistakes."
ENERGY INDUSTRY・29 DAYS AGO
Business Insider

Sign up for the Fortune Features email list so you don’t miss our biggest features, exclusive interviews, and investigations. Two Russian oligarchs found dead alongside their families within 48 hours of each other are the latest high-profile executives to die in mysterious circumstances since the beginning of the year.
PUBLIC SAFETY・29 DAYS AGO
The Independent

Japan says it scrambled fighter jets on Tuesday to respond to the approach of Russian and Chinese warplanes near its airspace, in what Tokyo called a “provocation” as it hosts a meeting of world leaders including Joe Biden.Addressing a virtual press conference, Japanese defence minister Nobuo Kishi said that the move by Beijing and Moscow was likely planned to coincide with Japan’s hosting of the Quad meeting with its allies the US, Australia and India. Tokyo is hosting its first ever informal gathering of Quad nations, which has seen leaders of all four nations — Fumio Kishida, Joe Biden, Anthony...
WORLD・18 HOURS AGO
dailyhodl.com

Silk Road founder Ross Ulbricht is forfeiting billions of dollars worth of Bitcoin (BTC) and other crypto assets to the US government. According to a new court filing, Ulbricht will relinquish any claim to over 69,000 BTC and undisclosed amounts of Bitcoin Gold (BTG), Bitcoin SV (BSV) and Bitcoin Cash (BCH) worth a combined $3 billion as part of a settlement.
PUBLIC SAFETY・29 DAYS AGO
Reuters

May 23 (Reuters) - Russian Industry Minister Denis Manturov on Monday called on countries in the group of emerging economies known as the BRICS to establish joint oil and gas refining facilities with Russia, TASS news agency reported. Manturov said the move would help reduce the bloc's dependence on energy...
ENERGY INDUSTRY・1 DAY AGO

WASHINGTON (Reuters) - The United States on Tuesday offered a reward of up to $10 million for information on six people it described as Russian military intelligence officers who had conducted cyber attacks affecting critical U.S. infrastructure. The six officers work in a cyber-focused unit of Russia's Main Intelligence Directorate...
PUBLIC SAFETY・28 DAYS AGO
americanmilitarynews.com

A superyacht worker claims the vessel’s captain once had to deploy sonic weapons against Kalashnikov-wielding pirates on inflatable boats in the Arabian Sea. The episode was one of many surreal scenes an anonymous worker detailed in a piece published Sunday in The Times of London. The captain, according to...
PUBLIC SAFETY・29 DAYS AGO
Newsweek

The Government is fighting a losing battle against the crime gangs behind fly tipping, a new report suggests.There has been a steady rise in organised, large-scale waste crime in England in recent years as incentives for criminals have increased, the National Audit Office (NAO) said after an investigation.A hike in landfill tax has seen a huge fall in waste sent to landfill but has also boosted the money criminals can make from illegal actions that evade the tax, such as fly tipping, the misdescription of waste, and illegal waste sites.This is a damning indictment of the Government’s negligence in tackling...
PUBLIC SAFETY・28 DAYS AGO
ohmymag.co.uk

Blackout and crisis preparedness expert Herbert Saurugg has recently warned against the complete power grid blackout that could plunge entire Europe into darkness. He predicts a widespread blackout could be lurking in the not too distant future and such an event can cause extremely chaotic conditions worldwide. However, those who are prepared for an emergency can definitely bridge the difficult days well.
ENERGY INDUSTRY・29 DAYS AGO
Fortune

Sign up for the Fortune Features email list so you don’t miss our biggest features, exclusive interviews, and investigations. Shanghai’s 25 million residents have endured an extreme COVID lockdown for nearly a month—and now a new nightmarish topic is trending on Weibo, the country’s Twitter-like social media platform.
PUBLIC HEALTH・29 DAYS AGO
Business Insider

The former F-35 test pilot Billie Flynn told The Aviationist that moving to the "cosmic spaceship" that is the F-35 was too much to ask of MiG pilots.
AEROSPACE & DEFENSE・29 DAYS AGO
Reuters

CARACAS, May 23 (Reuters) - Iranian state firms have started preparations to revamp Venezuela's largest oil refinery, the 955,000-barrel-per-day Paraguana Refining Center, four people close to the talks said, following a contract to repair its smallest facility. A deal would deepen an energy relationship that has become a lifeline for...
ENERGY INDUSTRY・1 DAY AGO
Reuters

May 24 (Reuters) - The Russian rouble strengthened to levels not seen since March 2018 against the dollar on Tuesday, boosted by export-focused companies selling foreign currency to pay taxes and shrugging off a slight easing of capital controls. The rouble has firmed about 30% against the dollar this year...
MARKETS・19 HOURS AGO
Reuters

HOUSTON, May 24 (Reuters) - Some 62 million barrels of Russia's flagship Urals crude oil, a record amount, are sitting in vessels at sea, data from energy analytics firm Vortexa showed, as traders struggled to find buyers for the crude. The United States and other countries have banned imports of...
ENERGY INDUSTRY・1 DAY AGO
Reuters

Russia says it will resume talks when Ukraine is 'constructive,' RIA reports

May 23 (Reuters) - Russia will be ready to return to negotiations with Ukraine "as soon as Kyiv shows a constructive position", RIA cited Deputy Foreign Minister Andrey Rudenko as saying. Speaking on the subject of Russia exchanging prisoners from the Azovstal steelworks, RIA reported that Rudenko did not rule...
POLITICS・1 DAY AGO