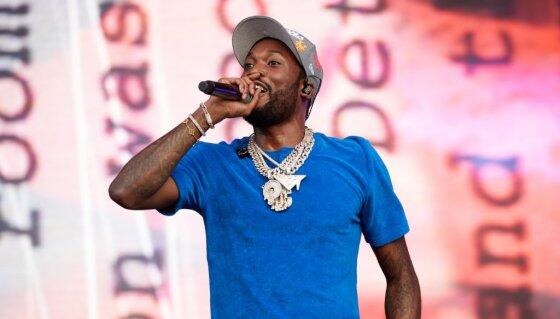 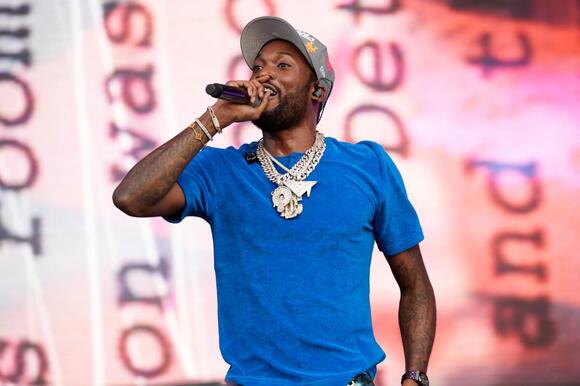 Now that Kanye West and Drake have released their highly anticipated albums of 2021, Meek Mill feels that it’s his time to shine and has announced the release of his next project.

On Tuesday (September 15), the Philadelphia representative took to social media to announce that his fifth studio album, Expensive Pain , would be dropping as soon as October 1 and shared the album cover in the announcement. Created by renowned artist Nina Chanel Abney, the provocative and original artwork features nudity, cars, dirt bikes, and a chessboard amongst other interesting images. 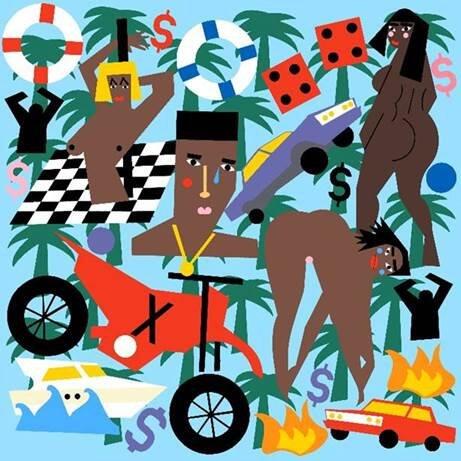 Are you looking forward to Meek Mill’s Expensive Pain ? Let us know in the comments section below.

As he was enjoying the first weeks of his album's release, Meek Mill found that his latest album had become a trending topic. The Philadelphia rapper recently delivered Expensive Pain, and as critics have been peeling back the layers of his bars, the album's cover art was being debated on social media.
CELEBRITIES・10 DAYS AGO
Complex

Meek Mill made his seventh appearance in the top 10 of the Billboard 200 with his fifth studio album Expensive Pain. Expensive Pain finished third in its debut week after amassing 95,000 equivalent album units, 10,000 of which consisted of album sales, while 82,000 were made up of SEA units, equaling 110.53 million on-demand streams of the project’s songs, Billboard reports. Meek’s latest offering came within sales projections, but falls well short of 2018’s Championships, which took the top spot with a staggering 229,000 units moved.
CELEBRITIES・13 DAYS AGO
theboxhouston.com

The old saying goes that art imitates life, but what happens when the art in question may be imitating a lifestyle that could be offensive to a whole race and gender of people?. One very vocal white man on Hollywood Blvd recently felt it was his duty to call out...
CELEBRITIES・12 DAYS AGO
Rolling Stone

Drake maintained an iron-fisted grip on the Number One spot of the Rolling Stone Artists 500 for the fifth straight week. The rapper cruised to his 36th non-consecutive week at Number One with 241.9 million song streams for the week of October 1st through October 7th. While Drake’s latest album, Certified Lover Boy, was bumped from Number One on the Top 200 albums chart thanks to a special CD release of Taylor Swift’s new version of Fearless, Drake maintained the top two spots on the Top 100 songs chart, with “Way 2 Sexy” landing at Number One with 19.9 million streams...
MUSIC・12 DAYS AGO

Meek Mill's album art plastered on the side of a bus is triggering the hell out of a man on Hollywood Blvd. ... and ya gotta see his epic rant, which is all on video!!!. The guy dives right in, shouting and pointing at the bus wrapped with an advertisement for Meek's album, "Expensive Pain" -- which features artistic depictions of naked Black women. Some of them bending over, and it's all too much for this guy to take.
MUSIC・11 DAYS AGO
Daily Targum

Meek Mill’s fifth studio album, "Expensive Pain," was released on Oct. 1 and at its best moments, it's thoughtful, introspective and impressive. It’s sonically strong, and pensive. Though, at times, it lacks focus as a cohesive body of work. The “Dreams and Nightmares” rapper from Philadelphia has made his name...
CELEBRITIES・13 DAYS AGO
HipHopDX.com

It’s no secret Meek Mill and Akademiks don’t like each other. But years of contentious exchanges and petty social media jabs have made them perfect internet fodder. On Friday (October 8), the former Everyday Struggle co-host threw more fuel on the fire during a Twitch livestream, roasting Meek Mill’s album sales.
CELEBRITIES・14 DAYS AGO
rollingout.com

The artwork for Meek Mill’s new album, Expensive Pain continues to evoke strong sentiment nearly one month after it was initially unveiled. In a viral video on Twitter, a White man in Los Angeles went on a two-minute rant about Meek Mill’s tour bus which was wrapped with the album’s cover art that depicted animated imagery of naked Black women and abstract interpretations of their body parts.
LOS ANGELES, CA・8 DAYS AGO

Netflix’s Squid Game is on track to becoming the company’s largest streamed tv show ever and with all the hype surrounded by the Korean drama, it has fans thinking of the parallels between the fictional show and real-life experiences. Rapper Meek Mill is the latest to share his thoughts on...
CELEBRITIES・12 DAYS AGO
Complex

Meek Mill brought out plenty of friends during his Expensive Pain show at Madison Square Garden Saturday. The event, which had Meek billed alongside Lil Uzi Vert, Vory, and Giggs, in celebration of Meek’s latest LP, Expensive Pain, certainly delivered on its promise to feature “several star-studded special guests.” While he played back the album itself as intended, Meek was also able to bring out Bobby Shmurda, Lil Baby, Lil Durk, 42 Dugg, EST Gee, Fivio Foreign, and more to join in on his toast to his latest LP.
MUSIC・11 HOURS AGO
HipHopDX.com

Philadelphia, PA – Meek Mill‘s new album Expensive Pain has caused quite a stir since arriving on October 1. Between its raunchy cover art sparking outrage in the streets to its first-week sales tally being dubbed a “flop” by Akademiks, Meek’s fifth LP has seemingly made headlines for everything but the music.
MUSIC・5 DAYS AGO
hotnewhiphop.com

Regardless of the numbers, Meek Mill is proud of Expensive Pain. He has gone on record to say that his most recently released record was better than 2018's Championships in his eyes, and Expensive Pain went on to debut at No. 3 on the Billboard 200 chart. The album is said to have moved 95,000 equivalent album units, a drastic contrast to Championships' 229,000 units.
CELEBRITIES・8 DAYS AGO

Following the release of his fifth album Expensive Pain, Meek Mill has returned with a new music video for a front-running track, “Northside Southside,” featuring British rapper Giggs. The visual first runs through the streets of London and into a clocktower before centering on Meek rapping next to a Rolls-Royce...
CELEBRITIES・3 DAYS AGO
HipHopWired

You can’t say Kanye West didn’t see this one through. The artist formerly known as Kanye West has officially changed his name to Ye. On Tuesday, October 18, a Los Angeles judge signed off on the DONDA rapper’s request to legally change his name on Ye, per Deadline. Just Ye, no first name, last name of middle name—Ye.
CELEBRITIES・5 DAYS AGO
HipHopWired

It’s been a week and change since Meek Mill dropped his latest album, Expensive Pain, but in that time the man has managed to release quite a few visuals off his fifth project and doesn’t seem to be slowing down. Going to London to link up with Giggs for the...
CELEBRITIES・3 DAYS AGO
myhot995.com

On Friday, H.E.R. dropped her tender ballad, "For Anyone," which she performed Wednesday night on The Late Show with Stephen Colbert. Earlier this week, the Oscar and Grammy winner was announced one of the artists who will perform in tribute to Tina Turner when the legendary singer is inducted into the Rock and Roll Hall of Fame on October 30.
CELEBRITIES・1 DAY AGO
MadameNoire

Cardi and Meg also snagged two more awards for "WAP" including one for "Song of the Year" and another for "Best Collaboration."
HIP HOP・17 DAYS AGO
Pitchfork

It’s official: Adele’s first album in six years is out next month. It’s called 30—as hinted on those billboard teasers—and it’s out November 19 via Columbia. Adele announced the news in a tweet earlier today (October 13). “I’ve learned a lot of blistering truths about myself along the way,” she wrote on Twitter. “I’ve shed many layers but also wrapped myself if new ones. Discovered genuinely useful and wholesome mentalities to lead with, and I feel like I’ve finally found my feeling again. I’d go so far as to say that I’ve never felt more peaceful in my life. And so, I’m ready to finally put this album out.” Find her post below.
MUSIC・11 DAYS AGO
HipHopWired

Lil Durk Praised For "Who Want Smoke??" Verse But He Wants A 16 From Lil Baby

There hasn't been a track that Lil Durk hasn't crushed this year. Since dropping The Voice at the tail end of 2020, the Chicago rapper has been on one hell of a run, dominating every single track that he's jumped on this year. On Friday, the highly-anticipated remix of Nardo...
MUSIC・14 DAYS AGO