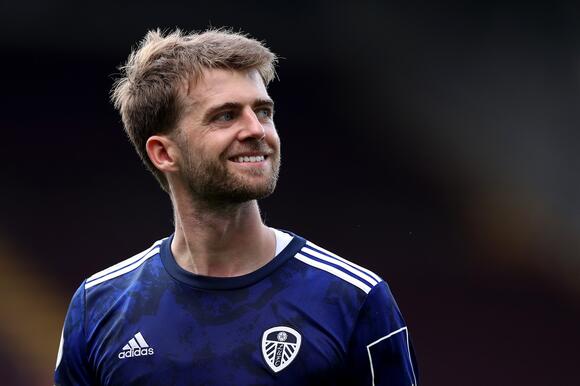 Leeds have not looked quite themselves lately but after a testing set of opening fixtures concluded with last weekend’s one-sided defeat to Liverpool, their schedule begins to ease up for the next few weeks.

Bamford (7.9m) has returned twice despite that testing run and is the leading candidate to replace the suspended Michail Antonio and injured Dominic Calvert-Lewin in the mid-price forward bracket. Watch out for injury news, though, as he is carrying a hamstring complaint.

Alternatively, Wolves’ forthcoming run of fixtures are worth at least some investment, and they make Jimenez (7.4m) a slightly risky but potentially powerful Antonio or Calvert-Lewin replacement.

Only owned by around 4 per cent of managers, Jimenez is still waiting for his first goal since returning from the head injury that ruled him out of much of last sea son but the strong underlying performances of Bruno Lage’s side so far suggest goals will come eventually.

Sticking with Wolves, Lage’s men finally kept a clean sheet after a string of solid defensive performances. Their defence looks worth backing over the next three in particular, with Brentford, Southampton and Newcastle coming up.

Marcal offers a budget option at 4.6m, but those with a little more cash to spend may decide Semedo is worth the extra outlay at 4.9m. The former Barcelona full-back has carried a decent goal threat up until now, as well as limiting shots at the other end.

It is difficult to get a handle on Watford, who started brilliantly with that opening day win over Aston Villa but have suffered three defeats on the spin since without scoring. Xisco Munoz will hope that a run of kinder fixtures will help get his side back on track.

If there is a dangerman in this Watford line-up, it is Sarr. The 6.0m-rated winger will fancy his chances of returning against fellow newly-promoted outfit Norwich, then has dates with the leaky defences of Newcastle and Leeds.

Crystal Palace’s fixtures are by no means favourable over the next six. Investing in Patrick Vieira’s side is a risk but Gallagher (5.6m) is nevertheless attracting some suitors and for good reason.

His expected goal involvement is among the best in the league to date, better than more established picks like Bruno Fernandes, Jack Grealish and Mason Mount, and that is despite a relatively rough schedule. If he maintains this strong start, he will soon be in many squads.

Chelsea midfielder Conor Gallagher could become a legitimate Newcastle target following their new ownership, according to reports. The north east club has been taken over by Saudi Arabia's Public Investment Fund (PIF) in a takeover deal worth £300 million. Since becoming the club with the wealthiest owners in the world,...
PREMIER LEAGUE・12 DAYS AGO
SB Nation

The trouble with a mid-season takeover is that you have to wait until the end of the season before you can truly start splashing the cash in the transfer market. And that’s true even when your new owners are practically a sovereign nation, one of the richest in the world.
PREMIER LEAGUE・12 DAYS AGO
Tribal Football

Leeds boss Bielsa: Goals must come from more than Bamford

Leeds United boss Marcelo Bielsa admits he's concerned about their goalscoring form. Leeds have scored seven in seven league games and will be without injured striker Patrick Bamford again on Saturday at Southampton. Bielsa said: “I don't think it depends on Patrick, we construct our offensive game in a collective...
PREMIER LEAGUE・7 DAYS AGO
SB Nation

As Conor Gallagher sat despondent in the middle of the pitch, Crystal Palace manager Patrick Vieira walked over to offer a few words and pats of comfort and encouragement, to recognize the Chelsea youngster’s efforts in what was in the end another very frustrating day for their team. Palace had...
PREMIER LEAGUE・4 DAYS AGO

Marcelo Bielsa refuses to rush Kalvin Phillips back from injury despite Leeds' star man returning to training... as he confirms Patrick Bamford will miss the next two games with an ankle issue

Marcelo Bielsa is refusing to rush star man Kalvin Phillips back to action despite Leeds' poor start to the season. The England midfielder missed last weekend's 1-0 defeat at Southampton because of a calf and hip problem, which also ruled him out of international duty earlier this month. Fans are...
PREMIER LEAGUE・1 DAY AGO
ESPN

The summer transfer window was unlike any other; see all the major deals and check out how we graded the biggest signings. And just because the window is shut until January, that doesn't mean the rumours won't keep coming. Here is the latest gossip and speculation. TOP STORY: Man City,...
PREMIER LEAGUE・2 DAYS AGO
AFP

Manchester United, revived by their European escape act, face a stern test against bitter rivals Liverpool in a crucial clash in the Premier League title race this weekend.  United are already four points behind second-placed Liverpool after failing to win their last three league games and another slip against Jurgen Klopp's in-form side would be a major blow to their bid for a first English title since 2013.
PREMIER LEAGUE・1 DAY AGO
FanSided

FPL tips: Wolves at the door for Ronaldo ahead of gameweek eight

Cristiano Ronaldo is experiencing the wrath of FPL managers ahead of the return of the Premier League, but who is replacing the Manchester United man?. We’ve taken a look at how the market has moved during the international break to find out just that – and it would appear a couple of Wolves have been the main beneficiaries this week.
PREMIER LEAGUE・11 DAYS AGO
thelines.com

Premier League football returns to action this weekend after the second International Break of the season. The top of the table is well-poised, with Chelsea, Liverpool and Manchester City emerging as the main title contenders early on in the campaign. EPL picks utilizing Expected Goals this week will include one of those clubs.
PREMIER LEAGUE・11 DAYS AGO
FanSided

Best XI for Fantasy Premier League GW8: Are there a couple of surprises this week?

Premier League football makes its much-awaited return this weekend and with that, Fantasy Premier League decisions and deliberations return to the fore!. The International Break, while being possibly the slowest two weeks in the lives of football fans, allowed time for a return to fitness of some FPL favourites, notably Trent Alexander-Arnold, without throwing up too many major injuries.
PREMIER LEAGUE・8 DAYS AGO
fourfourtwo.com

Who is the Premier League sponsored by?

The Premier League has long-term associations with several companies, but it hasn’t had a lead sponsor for the last five years. When the deal with Barclays expired at the end of the 2015-16 season, a decision was taken not to seek a replacement. Inspired by major American sporting competitions, such...
PREMIER LEAGUE・7 DAYS AGO

While the likes of the NFL are leading the way in public vaccine advocacy and transparency -- the league said it had reached a vaccination rate of over 90% among players by late September -- the uptake among footballers in the English Premier League remains shrouded in mystery. The Premier...
NFL・13 DAYS AGO
BBC

In my mind there are two non-negotiables going into gameweek eight. 1. You must have Mohamed Salah. 2. You must have at least one Chelsea AND one Manchester City defender. The safest long-term choices at Chelsea would be Antonio Rudiger and Cesar Azpilicueta and the Spaniard is certainly the differential pick with an ownership of just 6.5% compared to Rudiger's 21%.
NFL・8 DAYS AGO
realsport101.com

The international break has come to an end, and that means one thing - FPL IS BACK!. Check out everything you need to know ahead of Fantasy Premier League GW8 below. Latest - Alexander-Arnold & Jota expected to be available. Trent Alexander-Arnold (£7.5) and Diogo Jota (£7.6) are both expected...
PREMIER LEAGUE・8 DAYS AGO
goal.com

FantraxHQ is the official content sponsor of Fantrax.com, the hottest Fantasy Site of 2019 and 2020. Getting your team selection correct in Draft Premier League is just as essential as your pre-season draft or your weekly waiver wire claims. And that’s exactly why we’re here to help with our Gameweek 8 Start and Sit article! We’re here to talk you through some of the big Fantasy EPL decisions you may need to make for the upcoming fixtures.
PREMIER LEAGUE・8 DAYS AGO
The Independent

Follow all the action live as Everton look to continue their impressive start to the Premier League season when they take on former boss David Moyes’ West Ham United.Rafael Benítez’s arrival as manager may have been met with, at best, a mixed response from supporters over the summer but the Spaniard’s are working so far, with his side sitting in sixth with 14 points from their opening seven fixtures. New arrivals Demarai Gray and Andros Townsend, who have scored three league goals each since the start of the campaign, have been key to their strong early showings.West Ham haven’t been...
PREMIER LEAGUE・5 DAYS AGO
Sports Illustrated

José Mourinho's side was delivered a thrashing for the ages by its Norwegian counterpart.
UEFA・1 DAY AGO
thelines.com

Last week made it four out of four profitable weeks in a row for this column, albeit at the modest sum of +0.99 units for the weekend. In total we now stand at exactly +20.0 units for this season’s Premier League expert picks utilizing Expected Goals. We’ll try to build...
NFL・4 DAYS AGO