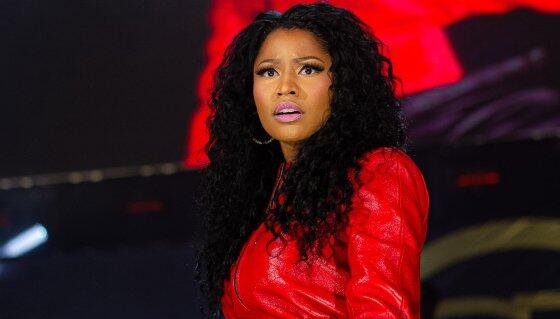 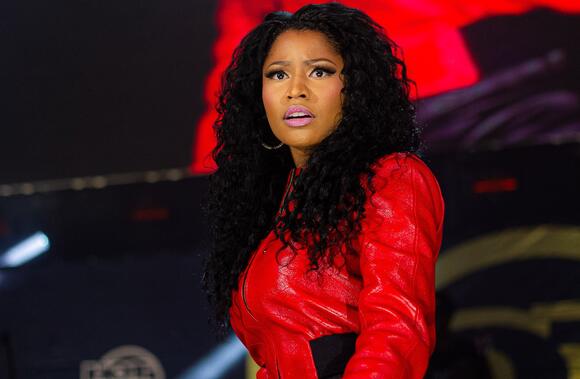 Nicki Minaj is now saying the White House is capping after they claimed they did not invite her for a visit.

Minaj is not backing down and is sticking by her initial tweet claiming The White House invited her to speak with the Director of the National Institute of Allergy and Infectious Diseases, Dr. Fauci , and U.S. Surgeon General Vice Admiral Vivek Murthy after she tweeted that headassery claiming a friend of her cousin became impotent or as a Trinidadian TV host called it had a “flat tire.” Both the CDC and even the Health Minister of Trinidad & Tobago had to waste time and debunk.

As we previously reported , the White House denied her claim, explaining that the invite was for a phone call, not a trip to 1600 Pennsylvania Avenue. “As we have with others, we offered a call with Nicki Minaj and one of our doctors to answer questions she has about the safety and effectiveness of the vaccine,” NBC News shared.

Minaj, who always has to get the last word clapped back in a rant that she had to take to Instagram Live after claiming she was in “Twiter Jail,” the social media company denied it took any actions against Minaj’s account. Anyway, in her 14-minute rant, she claimed she said  “Do y’all think I would go on the internet and lie about being invited to the f***ing White House. Like what? Do you guys see what is happening right now?”

“We’d like to offer Nicki an invitation to come to the White House to speak with two people… the two names… um, what is that man’s name… Dr. Fauci and with the surgeon general,” the “Pills & Potions” rapper said.

Nicki continued, “And do you know what I said? I said, ‘Well, I would rather not have to travel, can we do something like a [Instagram] Live’ and they said that they’re open to me to choosing a platform to do a Live but they never have taken that off the table for me to come to the White House.”

“And then just imagine someone saying, ‘Oh, no, we offered Nicki Minaj the same phone call we offer everybody else.’ What? You think they would offer that to Mookie in the projects. No. ‘Everybody else.’ And I see why a lot of celebrities keep themselves bubbled up. You understand? We’re living in a place without free healthcare. So anybody in this country has the right to question anything about their health. Because if your health mattered that f***ing much there’d be free f***ing healthcare, bozos,” she further added.

She’s right when it comes to the American’s still not having access to free healthcare, but keep in mind that the COVID-19 vaccine is free to all Americans. She also has access to top-notch healthcare, and up until last night, we didn’t hear a peep about the healthcare crisis in the country until this mess.

You can listen to Nicki Minaj’s entire rant below.

This Is What 50 Cent Wants To Do With Nicki Minaj

50 Cent has now revealed what his dream collaboration with Nicki Minaj would be. In the past, 50 admitted that he's a big fan of hers. "She has a lane that's been closed that she just busted open on her own, and she's an amazing talent," he told MTV in 2010. "A lot of artists, I personally am not excited by, but her, particularly, she impressed me on that 'Bottoms Up' remix."
CELEBRITIES・22 DAYS AGO
97.9 The Beat

Follow The Beat On Twitter: Follow @’979thebeat’. Welp the cats out of the bag. If you haven’t heard yet but the Trinidad Emcee has had a wild and interesting childhood. Press play and listen to who , what, & where this confessed. cheating took place. Nick Minaj seems to still...
TRINIDAD, TX・12 DAYS AGO
HollywoodLife

Nicki Minaj took to Instagram to share a video of several wrapped Givenchy gifts Lil Wayne sent her for her son, who just turned one on Sept. 30, and admitted she’s in ‘shock.’. Nicki Minaj, 38, got the surprise of a lifetime when her pal Lil Wayne, 39, sent a...
CELEBRITIES・17 DAYS AGO
Vibe

Nicki Minaj and her husband Kenneth Petty have dodged a $20 million default judgement after a federal clerk determined that the couple did not fail to respond to a lawsuit filed by Jennifer Hough, the woman Petty was convicted of sexually assaulting in 1995 while the two were high school students. According to a sworn statement by Minaj, the Queen rapper says she was under the belief she had successfully hired a lawyer to represent the couple, however, “innocent miscommunications” caused a delay in the payment of the lawyer’s retainer. “My failure to respond to the complaint was the product of an...
CELEBRITIES・2 DAYS AGO

Has Nicki Minaj's Net Worth Continued Growing in 2021?

Rap music was never the same after Nicki Minaj entered the scene. The Trinidadian rapper found massive success after her single “Your Love" was released in the spring of 2010, even though she'd been making music prior to that. Since then, she’s collaborated with some of the biggest names in hip-hop like Lil Wayne and Drake.
CELEBRITIES・11 DAYS AGO
Billboard

Nicki Minaj celebrated her son's 1st birthday last week, and she recently shared some kick-ass shots from the Kung Fu Panda-themed party. The rapper and her husband Kenneth Petty posed with their son, whom they call Papa Bear, in pictures shared to Minaj's Instagram account on Tuesday. The couple's superstar friends Brandy, Bia, Cassie, Tamar Braxton and many more sent their best wishes to Papa Bear on his big day in the comments section.
BEAUTY & FASHION・17 DAYS AGO
thechronicle-news.com

Jesy Nelson says she wasn't bothered by Nicki Minaj's vaccine controversy. The pair collaborated on Jesy's debut solo single 'Boyz' but Jesy insisted that Nicki's recent comments, where she repeatedly voiced her fears about the COVID-19 vaccine - including suggesting it could lead to impotency - never made her question having Nicki on the single.
CELEBRITIES・14 DAYS AGO
Indy100

Jesy Nelson’s Instagram account has taken a hit following last week’s controversy. The 30-year-old lost over 50,000 followers in a matter of days, according to Social Blade. The exodus started on Sunday when 7,765 unfollowed the solo artist, 10,815 dropped off on Monday, followed by a decline of 32,800 followers across Tuesday and Wednesday.
CELEBRITIES・9 DAYS AGO

Rapper Nicki Minaj will be helping the cast members of The Real Housewives of Potomac spill the tea as the host of the show’s sixth season reunion, according to Minaj and Bravo TV executive producer Andy Cohen. Cohen, who hosted the reality TV franchise’s reunions for the past five seasons, confirmed the news with Instagram photos of himself and Minaj posing together during the taping. “It’s the Reunion I could never get away with,” Cohen wrote in the caption of the post, which received over 120,000 likes from fans and celebs alike. “At the end of ours, tonight @nickiminaj surprised the...
CELEBRITIES・12 DAYS AGO
rnbcincy.com

LISTEN LIVE. LIKE US ON FACEBOOK. FOLLOW US ON TWITTER. Lil’ Durk is still proudly promoting his boo’s cosmetic line any chance he gets and we’re absolutely here for this adorable display of Black love! Yesterday, the rapper stepped into Nicki Minaj’s IG Live where he couldn’t stop blushing while talking about his girlfriend and longtime love, India Royale.
CELEBRITIES・7 DAYS AGO
Complex

A Peter Thiel-backed YouTube rival called Rumble has established itself as a place for right-wing political commentary — but the site is looking to widen its audience by wooing controversial celebrities like Kanye West and Nicki Minaj, a key backer tells The Post. Darren Blanton, a frequent donor to GOP...
BEHIND VIRAL VIDEOS・10 DAYS AGO
Shine My Crown

Nicki Minaj Confirms She Is Hosting the ‘RHOP’ Reunion

Weeks back, there were rumors that Nicki Minaj would be hosting the “Real Housewives of Potomac” reunion. This week, the rapper appeared to confirm the news, sharing this post on her social media:. “GUESS WHO BTCHS?!!!!! #Andiconda #RHOP COMING SOON ON @BRAVOTV @bravoandy 😌🙏😍✨ #Moment4Life,” she wrote alongside pictures with...
CELEBRITIES・14 DAYS AGO
jammin1057.com

Jesy Nelson wants to address the rumors surrounding her seemingly darker complexion in her debut solo video “Boyz” with Nicki Minaj. “I personally want to say that my intention was never, ever to offend people of color with this video and my song because like I said, growing up as a young girl, this is the music that I listened to,” Nelson, 30, told Minaj, 38, during an Instagram Live on Monday per Page Six.
MUSIC・11 DAYS AGO
HOT 97

The Queen of rap hopped on Live earlier this week and spoke on the state of female rap. During the live, Nicki Minaj said this generation of female rappers don’t take Criticism well. Nicki said,. “The new females, it’s almost like they don’t want to be critiqued ever. It’s like...
MUSIC・11 DAYS AGO
Reality Tea

Tis the season of Real Housewives reunions, ladies and gentlemen. What a time to be alive. While most of us are engulfed in the saga of the Real Housewives of Beverly Hills, as always, don’t sleep on Real Housewives of Potomac. The ladies have QUITE a lot to go over this season, from Karen Huger’s […] The post Nicki Minaj Says She “Went For The Jugular With Everyone” At RHOP Reunion appeared first on Reality Tea.
BEVERLY HILLS, CA・10 DAYS AGO