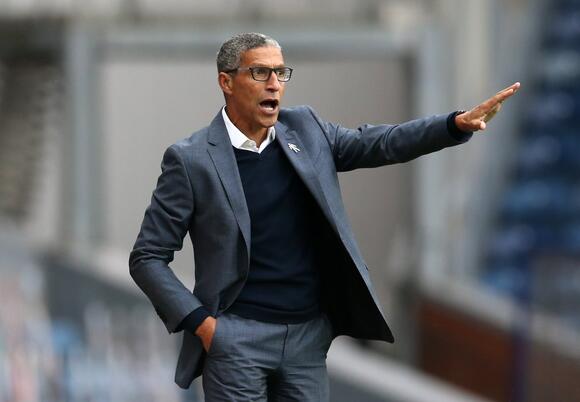 Chris Hughton’s departure from Nottingham Forest continues a concerning trend of black and ethnic minority managers being given less time in their roles than their white counterparts.

While Forest’s miserable start to the season – rock-bottom of the Championship with only one point from seven games – inevitably made Hughton’s position precarious, the statistics continue to paint a grim picture for those seeking equal representation in the dugout.

Hughton was the longest-serving black manager in the Football League, having been appointed in October 2020, and research by the PA news agency covering the Premier League era shows the average length of tenure for black managers is just 471 days, compared to 655 for all other managers – around 28 per cent shorter.

Before Hughton was relieved of his duties, the number of black and ethnic minority managers in the English league stood at eight – matching the all-time high, though still less than nine per cent of the league – and his departure ends the longest ever spell at that level. 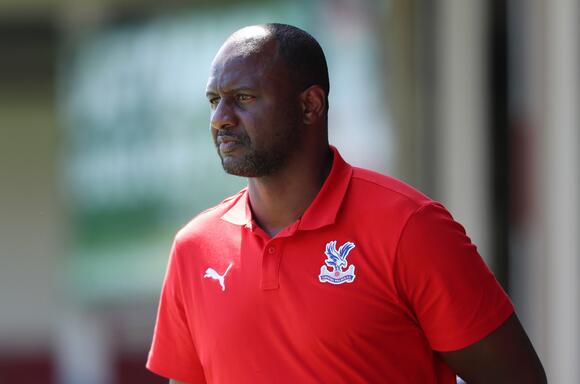 McAnuff was not retained at the end of the season but Patrick Vieira’s arrival at Crystal Palace in July raised the number back to eight. The close season also saw Nuno leave Wolves before being appointed by Tottenham, while Ismael left Barnsley for West Brom.

The only previous time with eight non-white managers came in March and April 2018, with Nuno at Wolves, Hughton at Brighton, Chris Powell at Southend, Jose Morais at Barnsley, Curle at Carlisle, Dino Maamria at Stevenage and Jack Lester at Chesterfield, while Hasselbaink was in charge of Northampton up to April 2 and Moore was appointed by West Brom the following day.

With Chris Hughton having become the latest manager to be sacked by Nottingham Forest, talkSPORT pundit, Simon Jordan, has called the first-team players out for their attitude. Forest were bottom of the Championship table before Derby County’s 12-point deduction saw them plummet to the foot of the division, and Jordan...
PREMIER LEAGUE・12 DAYS AGO
punditarena.com

95% of Newcastle fans want Steve Bruce to leave the club

Extremely overwhelming statistics. Almost 95% of Newcastle fans want Steve Bruce to leave the club, according to a recent survey conducted by Newcastle United Supporters Trust (NUST). A number of the statistics that can be found in the survey are extremely damning, and show a fanbase that are entirely unhappy...
SOCCER・12 DAYS AGO
The Independent

Tottenham’s plans for Sunday’s Premier League trip to Newcastle have been plunged into chaos after two players tested positive for coronavirus.Both men, who trained with the group on Thursday, were shown to have contracted Covid-19 after tests in the last 24 hours.The two unnamed players must now isolate for 10 days as per Government rules, keeping them out of the game at St James’ Park, a Europa Conference League match against Vitesse Arnhem and the London derby at West Ham next weekend.Putting in the work. 💪 pic.twitter.com/S8yx4fcoXy— Tottenham Hotspur (@SpursOfficial) October 14, 2021The club are understood to be confident that...
PREMIER LEAGUE・2 DAYS AGO
World Soccer Talk

London (AFP) – Watford on Sunday announced the sacking of head coach Xisco Munoz after a poor start to the Premier League season. The Spaniard leaves with the club 14th in the Premier League table having collected just seven points from their opening seven games. “The board feels recent performances...
PREMIER LEAGUE・15 DAYS AGO

LONDON (AP) — Late goals by Timo Werner and Ben Chilwell sent Chelsea to the top of the Premier League after a 3-1 win over 10-man Southampton at Stamford Bridge on Saturday. James Ward-Prowse scored an equalizer for Southampton from the penalty spot only to be sent off in the...
SOUTHAMPTON, PA・15 DAYS AGO
Tribal Football

Embattled boss Ole Gunnar Solskjaer is confident Manchester United can improve following a stop-start run of results in all competitions. The Red Devils have won only five of ten games in all competitions, while they are already out of the League Cup. United dropped more Premier League points at the...
PREMIER LEAGUE・14 DAYS AGO
The Independent

Thomas Tuchel has admitted Premier League managers have little choice but to accept losing top players for pivotal matches due to international commitments.Thiago Silva will miss Saturday’s trip to Brentford due to his Brazil duties, with the experienced centre-back not even expected back in England until 24 hours before the match.Antonio Rudiger has returned from Germany action with a back injury and will miss the Bees clash, though Romelu Lukaku is fit to feature after muscle soreness cut short his time with Belgium.Tuchel believes football’s top talents simply play too many matches, but also revealed elite managers feel as though...
UEFA・2 DAYS AGO
The Independent

Patrick Vieira has distanced himself from Swedish billionaire Daniel Ek’s attempt to buy his former club Arsenal Vieira and former Arsenal team-mates Dennis Bergkamp and Thierry Henry supported Spotify founder Ek’s takeover bid in April following the club’s involvement in the failed European Super League project.Stan Kroenke who owns the club through his Kroenke Sports and Entertainment business, rejected the offer but Henry said last month that Ek remains fully committed to buying Arsenal and “we and he is here to stay”.Former Arsenal captain Vieira was subsequently appointed Crystal Palace manager in July and is set to make an...
MLS・2 DAYS AGO

Newcastle United manager Steve Bruce admits he is fearing for his job after a Saudi-backed consortium completed its takeover of the club. The Magpies are sitting 19th on the table with just three points from seven games. And Bruce is aware that the new owners may want to make changes...
PREMIER LEAGUE・10 DAYS AGO
Reuters

Oct 3 (Reuters) - Levante coach Paco Lopez has become the first LaLiga managerial casualty of the season after the club announced on Sunday that he had been sacked following Saturday's 1-0 defeat at Mallorca. Levante are third from bottom of the table with four points from eight games, having...
SOCCER・14 DAYS AGO
The Independent

Nemanja Matic believes Manchester United remain in the title race and called for unity after Ole Gunnar Solskjaer’s side fell to a chastening loss at LeicesterThe Red Devils repeatedly shot themselves in the foot at the King Power Stadium on Saturday as Brendan Rodgers’ men ran out 4-2 victors in a chaotic end to an entertaining encounter.Mason Greenwood’s stunning opener was cancelled out by an equally impressive Youri Tielemans effort, with Leicester defender Caglar Soyuncu scoring late on to spark a wild conclusion.Marcus Rashford pulled United level but Jamie Vardy put the Foxes back ahead within a minute and Patson...
PREMIER LEAGUE・1 DAY AGO
The Independent

The Premier League returned this weekend following the international break.Here, the PA news agency looks at five things we learned from the latest round of fixtures.Magical Mo purring as five-star Liverpool recapture title-winning formLiverpool manager Jurgen Klopp hailed Mohamed Salah as the best player on the planet after his superb performance in Liverpool’s 5-0 demolition job against Watford at Vicarage Road. The Egyptian set up Sadio Mane’s opener with an exquisite pass before he left Watford’s defence bamboozled with his second stunning solo effort in successive matches in the second half. Salah has found the net in all but one...
PREMIER LEAGUE・17 HOURS AGO

Everton have sacked manager Willie Kirk after a disappointing start to the Women's Super League season. Kirk, who was appointed in December 2018, has overseen just two wins in their opening five league games. In a statement, Everton said they hope to have a new manager in post in time...
SOCCER・2 DAYS AGO
The Independent

Ralph Hasenhuttl insists he is not feeling the pressure as Southampton look for their first Premier League win of the season.Saints have four points from seven matches following a tricky opening set of fixtures, which have included games against Manchester United, Manchester City and Chelsea.Hasenhuttl’s team might have taken the scalp of either Manchester club but had to settle for a draw on each occasion.The Austrian thinks performances have been better than their points return and believes that elusive first victory will come soon.Ahead of Saturday’s home fixture against Leeds, the Saints boss said: “We have a fantastic job, a...
PREMIER LEAGUE・2 DAYS AGO
The Independent

Liverpool manager Jurgen Klopp wants more direct communication with football’s decision-makers as he does not believe the current situation is benefiting the game. The German said he had spoken to Premier League chief executive Richard Masters only “once or twice” during his six years in England and did not think the league’s 14-vote threshold required to effect changes had produced much good for football in general.
UEFA・2 DAYS AGO
The Independent

Brighton boss Graham Potter admits the Premier League is a “completely different animal” to the Sky Bet Championship as his high-flying side prepare to face newly promoted strugglers Norwich The winless Canaries have twice cruised to the second-tier title in the past three years but already look destined for another punishing season at the higher level.Daniel Farke’s men – who were relegated from the top flight after finishing rock bottom in the 2019-20 campaign – have taken only a single point from their opening seven games before welcoming the Seagulls to Carrow Road on Saturday.Potter managed Swansea for a single...
PREMIER LEAGUE・2 DAYS AGO
The Independent

Roberto Firmino struck a hat-trick and Mohamed Salah scored for the eighth consecutive game as Liverpool delivered a masterclass in a 5-0 demolition of Watford on Claudio Ranieri’s Premier League return. Jurgen Klopp’s side dominated from the outset to extend their unbeaten league run to 18 games, with Sadio Mane...
PREMIER LEAGUE・1 DAY AGO
The Independent

Ole Gunnar Solskjaer is convinced Manchester United have not yet seen the best of Marcus Rashford The 24-year-old forward could make his first appearance of the season in Saturday’s Premier League game at Leicester after recovering from shoulder surgery.Rashford, who went under the knife in August following England’s penalty shoot-out defeat by Italy in the Euro 2020 final, will be included in United’s squad.Ole has revealed some good news on @HarryMaguire93 and @MarcusRashford! 👀#MUFC | #LEIMUN— Manchester United (@ManUtd) October 15, 2021Solskjaer said: “I know we’ll see the best of Marcus in the years to come.“He’s done remarkable things at...
PREMIER LEAGUE・2 DAYS AGO
The Independent

Manchester United slipped to a damaging defeat to Leicester who scored two late goals to seal a thrilling 4-2 win in the Premier League. Mason Greenwood opened the scoring with a stunning strike from the angle of the box that arrowed into the top corner but it was cancelled out by another moment of magic when Youri Tielemans floated a remarkable shot over David de Gea in an entertaining first half at the King Power. Tielemans was denied a second after De Gea tipped his placed shot around the post as Leicester increased the pressure. The Manchester United goalkeeper was...
PREMIER LEAGUE・1 DAY AGO