Alex Murdaugh turns himself in amid botched murder, insurance fraud plot: What we know 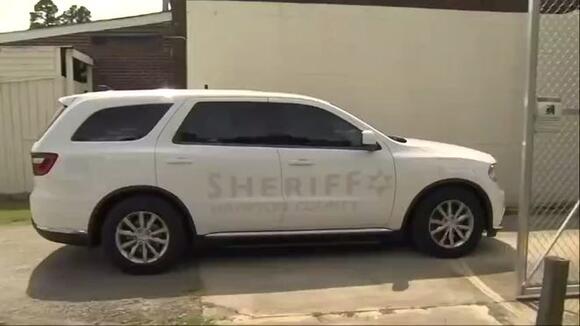 Alex Murdaugh, the prominent South Carolina lawyer at the center of multiple state investigations, turned himself into police Thursday.

Murdaugh was charged with insurance fraud, conspiracy to commit insurance fraud and filing a false police report, the South Carolina Law Enforcement Division said. He was booked at the Hampton County Detention Center.

State police this week listed him as a co-defendant in a botched scheme to arrange his own murder in order for his $10 million life insurance policy to be paid out to his son. Meanwhile, multiple death investigations, including those of his wife and youngest son, remain swirling around the case.

"I can assure you that (agents) will continue working to bring justice to anyone involved with any criminal act associated with these ongoing investigations," South Carolina Law Enforcement Division Chief Mark Keel said. "The arrests in this case are only the first step in that process."

Murdaugh arranged for Smith to shoot him on the side of the road so his life insurance policy would go to his son, according to an affidavit. Smith, however, only grazed Murdaugh's head with the bullet.

Meanwhile, the division announced Wednesday it was opening an investigation in the death of a former housekeeper who died at Murdaugh's home in 2018 and whose family is now suing.

Here's what we know:

CNN reported a beige SUV with Murdaugh inside pulled up to the Hampton County Law Enforcement Center late Thursday morning, and Murdaugh was seen exiting the vehicle shortly after it pulled through a gate.

Murdaugh had been at a drug rehab center. One of his attorneys, Dick Harpootlian, said Murdaugh had recently been suffering from an opioid addiction.

When asked if Murdaugh would go back to rehab, Harpootlian said, "I hope so."

Smith is charged with assisted suicide, assault and battery of a high aggravated nature, pointing and presenting a firearm, insurance fraud, and conspiracy to commit insurance fraud.

A judge in Hampton County on Thursday set Smith's bond at $55,000 after a brief court appearance.

Harpootlian told the "Today" show on Wednesday that Murdaugh believed if he died by suicide, his insurance policy would not be paid out to his son, Buster, so he contacted Smith to arrange the killing.

A bullet grazed Murdaugh's head and he was hospitalized over Labor Day weekend. State police said Smith admitted to being present and disposing of the firearm the shooting.

WCSC-TV reported Smith said during the hearing he planned to apply for a public defender. Online records show he is due back in court Oct. 25.

The South Carolina Law Enforcement Division said Wednesday it was opening a criminal investigation into the death of Gloria Satterfield. The decision is "based upon a request from the Hampton County Coroner earlier today, as well as information gathered during the course of our other ongoing investigations involving Alex Murdaugh," the agency said.

The county coroner sent a letter Wednesday to state police indicating Satterfield's death at Murdaugh's home was never reported to the coroner's office, nor was an autopsy done despite her manner of death being listed as "natural" from injuries she sustained from tripping and falling.

Coroner Angie Topper noted that "the manner of death was ruled 'natural,' which is inconsistent with injuries sustained in a trip and fall accident." Satterfield, of Furman, South Carolina, was the Murdaugh family housekeeper for over two decades before her death, according to WYFF-4.

Along with the investigation, a new lawsuit was also filed in Satterfield's death. Chad Westendorf, a banker at Palmetto State Bank, originally filed a wrongful death lawsuit in 2018, and court documents show a settlement was reached for $500,000.

The suit states that, following Satterfield's death, Murdaugh acknowledged that he was at fault and introduced her family to his "good friend, Corey Fleming, so that Fleming could assist the sons in filing legal claims against Murdaugh for the wrongful death of their mother, with the assistance of a banker friend, Chad Westendorf."

But on Wednesday, the heirs of Satterfield's estate filed a second civil lawsuit against Murdaugh, Westendorf and other attorneys indicating they had not received any money from the settlement.

Another investigation tied to murders of Murdaugh's wife and son

In what remains an unsolved case, Murdaugh's wife and son, Maggie and Paul Murdaugh, were fatally shot at their family's hunting estate June 7. Murdaugh reported their deaths to police, and there have been no arrests in the case.

Murdaugh's attorney, Harpootlian, told the "Today" show, however, he and lawyer Jim Griffinwere investigating "an individual or individuals we believe may, may, have some culpability or had done it." Harpootlian did not elaborate further on whom he and his partner were investigating, saying only the motive would be "personal."

What to know:Murders, money and mystery swirl around prominent Murdaugh family in South Carolina: What we know

During the course of the double homicide investigation, state police also said they were opening an investigation into the unsolved 2015 death of Stephen Smith, 19. Smith was killed in what was originally ruled to be a hit-and-run, but his mother said at the time she believed her son was targeted for being gay.

An open case also remains in the death of Mallory Beach, a 19-year-old who died during a boating crash in 2019. Paul Murdaugh was awaiting trial on three boating under the influence charges tied to the incident. Beach's family is also suing the Murdaugh family.

Murdaugh's firm, Peters, Murdaugh, Parker, Eltzroth, & Detrick, said the attorney had resigned earlier this month after it discovered his misuse of funds. Harpootlian told the "Today" show Murdaugh was using the money to fuel his opioid addiction.

On Thursday, roughly an hour after his arrest, the firm issued a statement: "PMPED is focused on representing our valued clients. Alex Murdaugh is no longer associated with our firm in any manner. Questions related to Alex’s arrest should be directed to the appropriate law enforcement agencies."

Who are the Murdaughs?

Alex Murdaugh comes from a long line of prominent lawyers in the South Carolina Lowcountry.

For three generations, a Murdaugh served as the elected solicitor in the area, with his great grandfather, grandfather and father filling the role for more than 85 years continuously.

Multiple Murdaughs had worked at the well-known Peters, Murdaugh, Parker, Eltzroth, and Detrick, PA law firm, too. The firm was established by Murdaugh's great-grandfather more than 100 years ago.

The human remains found in a Florida wilderness park were identified as Brian Laundrie. Dental records allowed the FBI to ID the skeletal remains.
FLORIDA STATE・16 HOURS AGO
USA TODAY

Report: Man confesses he was 'immature' after throwing wife's body out of plane, into the ocean

Robert Bierenbaum, a former plastic surgeon, admitted to throwing his wife out of an airplane and into the Atlantic Ocean 30 years later.
PUBLIC SAFETY・12 HOURS AGO
USA TODAY

The Maryland couple, according to court documents, believed they were trading information to a yet-undisclosed foreign nation.
ANNAPOLIS, MD・5 HOURS AGO
USA TODAY

Cops found him, killed him and got away with it