Samsung has made great strides in the smartphone market, but there is one technology in particular where it seems to be stuck in the past. While the rest of its competitors have gone above and beyond when it comes to charging, even Samsung’s flagships haven’t moved forward considerably. It did make a step forward last year but then took a step back again this year. It seems that the Galaxy S22 Ultra will continue the dance next year with a half-step forward in terms of charging speeds. 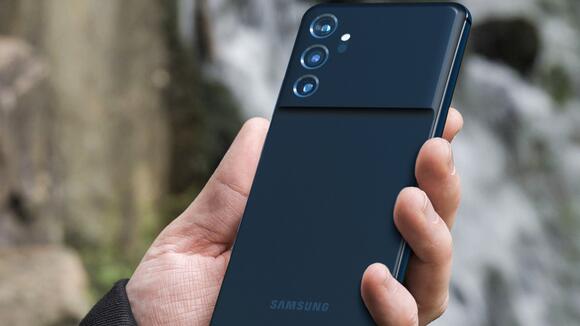 On the one hand, it’s a bit understandable that Samsung is wary of super-fast charging technologies that result in higher thermal output. After the Galaxy Note 7 fiasco, the company has been more modest when it comes to improving its battery-related components and features. And when it does make upgrades, it only takes very careful baby steps forward.

Xiaomi recently launched the 11T Pro that boasted its fastest 120W HyperCharge technology. In contrast, the Galaxy S21 Ultra only supported 25W fast charging. Aside from a brief upgrade to 45W with the Galaxy Note 10+ and Galaxy S20 Ultra, Samsung has stuck to that moderate charging speed for quite a while now.

According to @Ice Universe, the Galaxy S22 Ultra will again move forward, but only back to that same 45W fast-charging speed. That’s pretty disappointing considering next year’s flagship was initially rumored to jump to 65W, the base fast-charging speed for many high-end smartphones these days. Still, 45W is still better than sticking to 25W in 2022.

The tipster also claimed that the Galaxy S22 series would stick to a punch-hole cutout rather than an under-panel sensor, probably to the relief of many Samsung fans. That said, it does seem to paint a picture of a modest upgrade next year, which might not bode well in terms of interest and potential sales.

Galaxy S22 Ultra charging speed upgrade will be modest again is written by JC Torres and originally posted on SlashGear .

A new set of image renders featuring the Samsung Galaxy S22 Ultra phone cases has surfaced. This set also shows a new camera design which we have been seeing a lot lately. The camera module is said to be P-shaped, at least, for the Ultra variant. The next-generation smartphone from the South Korean tech giant is believed to arrive in the first quarter in better specs. The main camera may not be 200MP as previously rumored but will remain at 108MP.
CELL PHONES・11 DAYS AGO
Trusted Reviews

New leaks suggest that next year’s iPhone 14 might come with up to 2TB storage. The iPhone 13 has only just come onto the market, but it seems rumours and leaks about next year’s iPhone 14 have already started appearing on the internet. The new rumour is that the iPhone...
CELL PHONES・19 DAYS AGO
Tom's Guide

How to make your Android phone charge faster

Knowing how to make your Android phone charge faster can be the difference between having plenty of juice left at the end of the day, or being left with a device that's more useful as a doorstop. Of course many of the best Android phones now have built-in fast charging,...
CELL PHONES・2 DAYS AGO
WashingtonExaminer

Millions of old phones, laptops, and smart gadgets could stop working later this week for a weird reason

The internet connectivity on older tech devices and smart gadgets could stop working on Thursday after a key digital certificate required to access websites safely expires.
ELECTRONICS・24 DAYS AGO

It seems that 2022 is just around the corner to an arguably quite an interesting start - Samsung's Galaxy S22 is quite possibly coming in January with tons of rumored improvements aboard. Codenamed "Rainbow", the Galaxy S22 lineup will come with faster hardware, improved cameras, thinner bezels, and even an S Pen for the S22 Ultra, but one crucial hardware feature will be missing from the loadout.
CELL PHONES・5 DAYS AGO
Android Headlines

Samsung's Galaxy S21 has an awesome phone with a pro-standard camera, vibrant screen and superfast processor. But its successor, the Galaxy S22, isn't far away with an expected launch date some time in January 2022. I've seen some rumors of 200-megapixel image sensors and smaller displays, but being the demanding tech addict I am, I have my own wish list of things I want to see on Samsung's next superphone.
CELL PHONES・11 DAYS AGO
SamMobile

A few days ago pictures of a dummy Galaxy S22 made the rounds on the internet. It showed a design that’s indistinguishable from the Galaxy S21, and that’s because Samsung is not expected to change the S21 series’ excellent design for the Galaxy S22 and S22+. Only the Galaxy S21...
CELL PHONES・14 DAYS AGO

Don't Miss: Amazon’s epic Black Friday deals started early this year and you won’t believe how good they are! Rumors claimed that every iPhone 13 model would feature a larger battery. The new handsets would be slightly thicker, which would help Apple increase the battery capacity. The rumors turned out to be accurate. From mini to Pro Max, every iPhone 13 model has a larger battery pack than its predecessor. Also, they’re all 0.25mm thicker than their iPhone 12 predecessors. The reviews that followed proved all iPhone 13 models feature remarkable battery life, especially the iPhone 13 Pro Max. Real-life tests...
CELL PHONES・4 DAYS AGO
Tom's Guide

Samsung Galaxy S22 charging speeds could be a huge let down

The Samsung Galaxy S22 has been tipped to get a suite of upgrades, but a boost to charging speeds might not be one of them. That's going by a screenshot of listings from China's 3C tech regulator (via WHYLAB on Weibo), which seemingly show three different Samsung phone models, believed to be the new Galaxy S22 range. The table shows that the phones can charge at a maximum of 25W, which is the same charging speed as the current Samsung Galaxy S21 line.
CELL PHONES・12 DAYS AGO
wccftech.com

The Galaxy S22 Series Will Have ‘Disappointingly’ Slow Charging Speeds

Smartphone charging speeds have come a long way. However, Samsung is one of the manufacturers that have been playing it safe even today. Where companies like Xiaomi and Oppo have crossed the barriers of 100W, Samsung is still on the more conservative side. Now, the latest information suggests that the same will be the case with the upcoming Galaxy S22 series.
CELL PHONES・12 DAYS AGO
technave.com

It seems that the Samsung Galaxy S22 Ultra dummy units might have on spotted on YouTube, giving us a better look at how the upcoming smartphone could look like. While there is no information on Malaysia release date, it does give us a better idea of what to expect from the phone when it’s available in the global market.
CELL PHONES・14 DAYS AGO
GeekyGadgets

We have heard a number of rumors about the new Samsung Galaxy S22 range of smartphone’s and now we have some more details about the handsets. The handset previously appeared in some benchmarks. It looks like the new Galaxy S22 will come with support for 25W fast charging, the handsets...
CELL PHONES・12 DAYS AGO
nashvillechatterclass.com

The iPhone 13 is now available for purchase, but we’re already looking forward to the iPhone 14. Why? There have been plenty of rumors about the upcoming device, what it will look like, and what features will be on offer. In other words, while the phone could certainly surprise us, we may have a good idea of what the device will end up looking like. If you bought an iPhone 12, you may not even care about what the iPhone 13 offers. Instead, if you upgrade your phone every few years, the iPhone 14 may be more important to you. We’ll...
CELL PHONES・3 DAYS AGO
Phone Arena

Yet another source says Galaxy S22 Ultra will have a slot for S Pen, weird camera bump finalized

Samsung may have settled on a P-shaped camera bump for the Galaxy S22 Ultra, purported images and video of a dummy unit indicate. The South Korean company was apparently earlier considering two designs, including one with two strips of unequal lengths. None of the designs was particularly striking, and CoverPigtou claims Samsung has finalized the P-shaped camera island.
CELL PHONES・14 DAYS AGO
Tom's Guide

Don't Miss: Amazon’s epic Black Friday deals started early this year and you won’t believe how good they are! It may come as a surprise to many, but there are several hidden iPhone codes that have been part of the iOS user experience for years now. And though most users might find these secret codes more intriguing than useful, some actually bring some interesting utility to the table. Again, these secret iPhone codes aren’t exclusive to iOS 15. But seeing as how iOS 15 was released just a few weeks ago, we’d be remiss if we didn’t briefly highlight some of the...
CELL PHONES・1 DAY AGO
SlashGear

The Galaxy S22 and S22+ may end up being complete duds next year, but the Galaxy S22 Ultra could end up saving Samsung’s coffers. That is if buyers aren’t too particular about how the phone’s camera bump could look like. Given how divisive the Contour Cut Camera design was on the Galaxy S22 series, a change might indeed be in order. But if you’re not a fan of what others are calling the Galaxy S22 Ultra’s P-shaped camera bump, there might be a bit of hope left, according to these latest renders.
CELL PHONES・10 DAYS AGO
technave.com

As Samsung gets ready to launch the Galaxy S22 series next January, rumours about it continue to pop up frequently. We already got the news that the batteries for the new model could be smaller. But it looks like charging speeds might not get any upgrades either. According to GSMArena,...
CELL PHONES・12 DAYS AGO