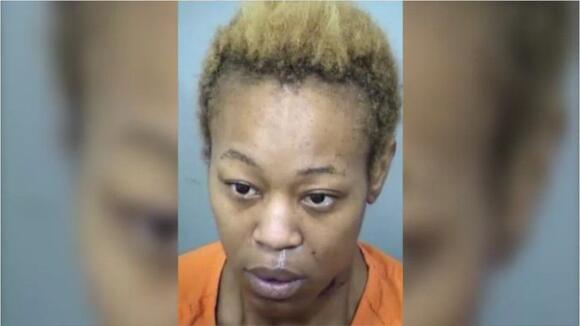 PHOENIX — An Arizona woman is accused of fatally sedating her two young daughters with over-the-counter and prescription drugs, authorities said.

Retta Renee Cruse, 35, of Phoenix, was booked on two charges of first-degree murder on Tuesday, according to Maricopa County Sheriff’s Office online booking records. She is accused of the deaths of her children, Royal McIntyre, 4, and Aleyah McIntyre, 9, KNXV reported. The children were found unresponsive in a bed in a home last week, the television station reported.

The bodies of the two girls were found Sept. 8, KPHO reported. According to a probable cause statement, the girls were found on one bed, “facing each other, with their arms around each other as though they had been placed into this position.”

According to the Phoenix Police Department, there were “no obvious injuries” to either child, the television station reported.

Investigators believe Cruse used the medications to sedate and overdose the children, and a prescription pill was found near the girls’ mouths, KSAZ reported.

According to court documents, Cruse was found nude barricaded in a bedroom with self-inflicted knife wounds, according to KNPX. Officials also found a written and signed note near the two girls with a motive and a signature matching the signature on Cruse’s driver’s license, according to the television station.

Cruse reportedly told police that she believed her daughters had contracted COVID-19, and she was isolating them in their bedroom while giving them medication to help them sleep, KSAZ reported.

“While in the hospital, Retta made admissions to hospital staff as to her involvement in taking the life of her oldest daughter and attempting to take her own life,” according to court documents.

A person whose name was redacted from court documents allegedly told detectives that Cruse was distraught after a recent court hearing, where she lost custody of one of her daughters, KSAZ reported.

Cruse was released from an area hospital on Tuesday and was arrested, the television station reported. Her bail was set at $3 million, and she is scheduled to appear at a preliminary hearing on Sept. 23.

This is the figurative straw that broke the camel's back! This horrible woman should never had custody of her daughters because obviously she has a serious mental disorder (or she is faking it to get the insanity plea, which seem to me the more obvious of reasons)! The system failed yet another couple of children, they should have been removed from her home if she was that mentality sick. I feel so sorry for the dad who has to bury his daughters. I hope the bi@$! dies either by death sentence or the more prefered method being beatin' and stabbed to death by her fellow inmates! I could rant and rave forever on this issuse buy I think everyone will get my point and say either I am sick in the head for saying what I said. (I was one of the children who slipped thru the cracks and left me with an unstable mother) or support my sayings . For anyone who will judge me I don't care what you say the woman is sick and should NEVER be around her children when she was so menataly ill.

Sympathy? Seriously? Those two innocent girls aren't able to come back so that mother should be condemned to death.

HARRIS COUNTY, Texas — Three abandoned children and the skeletal remains of a possible fourth child were discovered in an apartment near Houston on Sunday, Harris County Sheriff Ed Gonzalez confirmed. According to KHOU, deputies were called to the third-floor apartment to conduct a welfare check and found juveniles aged...
HARRIS COUNTY, TX・4 HOURS AGO
Boston 25 News WFXT

MADISON, Wis. — (AP) — A judge may decide at a hearing Monday whether use-of-force experts can testify at Kyle Rittenhouse's trial for shooting three people during a protest against police brutality in Wisconsin last year. The hearing is likely the last before Rittenhouse goes on trial Nov. 1 for...
MADISON, WI・3 HOURS AGO
Boston 25 News WFXT

QUINCY, Mass. — The trial of a Massachusetts man charged with fatally punching another man during a fight outside a Quincy American Legion post nearly three years ago is heading to trial. Matthew Potter, who faces manslaughter and other charges in connection with the January 2019 death of Chris McCallum,...
QUINCY, MA・11 HOURS AGO
Boston 25 News WFXT

WORCESTER, Mass. — Worcester Police are seeking the public’s help in finding a missing 58-year-old man who was last seen Friday. Authorities told Boston 25 News Marsalis Richmond was last seen at his house on Angela Rose Lane in Worcester, wearing a t-shirt and jeans. Police describe Richmond as being 5′7″ and 145 lbs.
WORCESTER, MA・13 HOURS AGO

SANTA FE, N.M. — (AP) — A camera operator told authorities that Alec Baldwin had been careful with weapons on the set of the film “Rust” before the actor shot and killed a cinematographer with a gun he’d been told was safe to use, court records released Sunday show. Cameraman...
SANTA FE, NM・1 HOUR AGO
Boston 25 News WFXT

DARIEN, Ill. — Remains found Friday in an Illinois forest preserve have been identified as those of Jacob Cefolia, a United Airlines executive reported missing more than a year ago, the DuPage County coroner confirmed Sunday. The remains were found by contractors working at Waterfall Glen Forest Preserve, WLS-TV reported.
ILLINOIS STATE・8 HOURS AGO
Boston 25 News WFXT

Crew member who gave Baldwin gun subject of prior complaint

ALBUQUERQUE, N.M. — (AP) — A crew member says she has raised safety concerns in the past about the assistant director who authorities say unwittingly handed actor Alec Baldwin the prop gun that killed a cinematographer on a film set. Maggie Goll, a prop maker and licensed pyrotechnician, said in...
ALBUQUERQUE, NM・13 HOURS AGO