VIPER initiative that worked to get guns of the street wraps up; did it work? 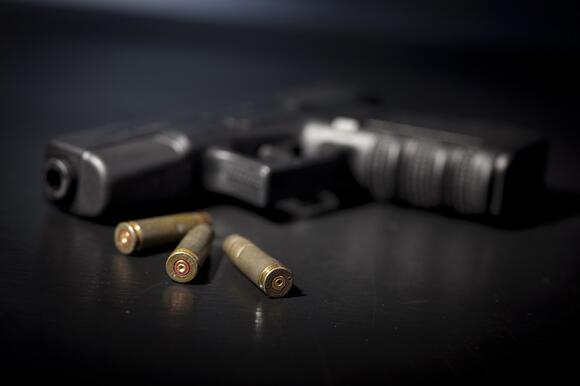 The 60 days spent trying to curb gun violence in the City of Rochester has ended, but did it work?

James P. Kennedy, the U.S. Attorney for the Western District of New York, has talked about how well the initiative worked in Buffalo but has not said anything about the Rochester area.

A press conference last week was scheduled to talk about the outcomes of VIPER in Rochester was but was rescheduled. Kennedy’s office claimed to still be collecting data.

The event was not rescheduled.

Monroe County Sheriff Todd Baxter said at the beginning of the summer there was a huge violence issue, but that it seems to have gotten better and he thinks the VIPER initiative was successful.

Since July the task force has made 54 arrests for violent crimes and 23 of them were for shootings happening recently.

Originally, the arrests made were supposed be charged federally, but that doesn’t seem to be happening and a lot of the suspects arrested are getting out and reoffending.

Catalytic converter thieves are back at it in Rochester, and over the weekend were caught on surveillance stealing a catalytic converter off of a vehicle at a private property. The man started his car and worried his muffler was damaged before noticing the catalytic converter was missing. A neighbor’s footage...
ROCHESTER, NY・7 HOURS AGO
FingerLakes1.com

Bail reform was created in an attempt to fight systemic issues geared toward keeping minorities in jail and targeting the poor who couldn’t pay bail for minor infractions. Many New Yorker’s and even officials seem to believe that bail reform is the culprit for increased violence, but what do the numbers say?
WATERLOO, NY・6 HOURS AGO
FingerLakes1.com

Sheriff Jim Allard reports the arrest of a Florida woman following an investigation into hundreds of dollars stolen in public benefits over the course of two years. Crystal Cage, 40, of Tampa, Florida is accused of offering false instruments to the Steuben County Department of Social Services on two occasions between 2018 and 2020.
FLORIDA STATE・19 HOURS AGO
FingerLakes1.com

This year we’re giving candidates seeking office in the Finger Lakes the opportunity to let their voices be heard in a special Q&A feature. If you’re a candidate and would like to participate by completing a short Q&A session – click here. Your answers (which can be as long as necessary) will be published directly on FingerLakes1.com.
CANANDAIGUA, NY・18 HOURS AGO

This year we’re giving candidates seeking office in the Finger Lakes the opportunity to let their voices be heard in a special Q&A feature. If you’re a candidate and would like to participate by completing a short Q&A session – click here. Your answers (which can be as long as necessary) will be published directly on FingerLakes1.com.
CANANDAIGUA, NY・18 HOURS AGO
FingerLakes1.com

State police arrested a Williamson man on a felony robbery charge after a theft at gunpoint on Monday. Gregory Stone, 23, of Williamson is accused of threatening to use a gun and stealing $100 from a victim in Wayne County. Stone was charged with first-degree robbery and will answer the...
WILLIAMSON, NY・19 HOURS AGO
FingerLakes1.com

Two shootings, chase through city of Ithaca cause wave of 911 calls in Tompkins County to go unanswered

The former General Manager for the Red Lobster in Horseheads is suing the chain restaurant for $5 million dollars. Miquelle Fountain claims she was subjected to sexist discrimination, aggression, hostility and harassment. After reporting these issues to Red Lobster repeatedly, nothing was done on her behalf to resolve the issues.
WATERLOO, NY・21 HOURS AGO

The Excluded Workers Fund was created to help undocumented workers that could not qualify for stimulus relief get funding as well, but the $2.1 billion dollars are almost depleted. There are still many more who qualify but the funding simply is not available. Money is already set aside to go...
WATERLOO, NY・3 HOURS AGO
FingerLakes1.com

Sheriff charged with DWI while off-duty

An Onondaga County Sheriff’s Deputy has been charged with driving while intoxicated while off-duty. Kevin Drumm, 38, was driving a pickup truck erratically. He was arrested after being pulled over. In 2017 the Syracuse Post-Standard reported Drumm’s involvement in a hit and run accident after drinking in 2017. He was...
WATERLOO, NY・2 HOURS AGO
FingerLakes1.com

Overall New York State has seen the number of COVID-19 cases decrease, but some areas remain significantly high. 33,490 new cases were reported Sunday, a 1% increase from the prior week. The difference in regions was large, with a low of 1.2% for positivity rate in New York City, to...
NEW YORK CITY, NY・5 HOURS AGO
FingerLakes1.com

The spotted lanternfly is a destructive, invasive insect that originally came here from Asia. It was first seen in Pennsylvania in 2014 and has quickly spread ever since. The insect feeds on many plants and trees in New York State, and can destroy entire crops. The insect is incredibly dangerous to both the environment and the economy.
TRAFFIC ACCIDENTS・23 HOURS AGO

$20.7 million dollars is being given to airports across the state to improve safety and bolster innovation, development, and sustainability. The goal is to make communities comparable economically to other states. New York State Transportation Commissioner Marie Therese Dominguez is working to strengthen the transportation infrastructure to help with safety,...
WATERLOO, NY・2 HOURS AGO
FingerLakes1.com

FEMA recently approved millions of dollars for counties impacted by the flooding over the summer, but denied the Individual Assistance request that would financially help homeowners that were hurt by the flooding. In response, local businesses have raised $110,000 to help. The state has appealed the decision made by FEMA...
STEUBEN COUNTY, NY・4 HOURS AGO
FingerLakes1.com

Some Americans lost their entire savings account during the pandemic

A survey released Tuesday shows that one out of every five households lost their entire savings account during the pandemic. 3,616 adults were polled by the NPR and showed that 30% of people making $50,000 or less completely depleted their savings. Two thirds of those people also said they struggled...
WATERLOO, NY・20 HOURS AGO
FingerLakes1.com

Democrats will gather in community event in Seneca Falls

The Seneca Falls Democratic Committee is hosting a community party in People’s Park on Saturday, October 23rd from 10:00 a.m. to 12 p.m. There will be music by the Ende Brothers, as well as free cider, donuts, burgers and a chance to meet the candidates running in this year’s election.
SENECA FALLS, NY・1 DAY AGO
FingerLakes1.com

A woman has been indicted by a Chemung County Grand Jury after being accused of driving drunk with a young child in the vehicle. Carlie Penner was driving on State Route 352 with a 5-year-old child in her car on July 15. She had a blood alcohol content of .14.
CHEMUNG COUNTY, NY・5 HOURS AGO
FingerLakes1.com

LETTER: Vote for Candidates with Courage in Seneca Falls

The following is a letter to the editor submitted by Ontario County Supervisor Lou Guard. FingerLakes1.com accepts letter submissions of all lengths and topics. Send it to [email protected]. Local government is not for the faint of heart. Local officials are on the front lines answering to their neighbors and...
SENECA FALLS, NY・8 HOURS AGO
FingerLakes1.com

Hospitals across both New York State and the country are experiencing both staff shortages and a rise in COVID cases. It’s not just the vaccine mandate causing staff shortages, but many people are choosing to retire just as things get hectic from the pandemic. Many places are finding ways to...
WATERLOO, NY・2 HOURS AGO