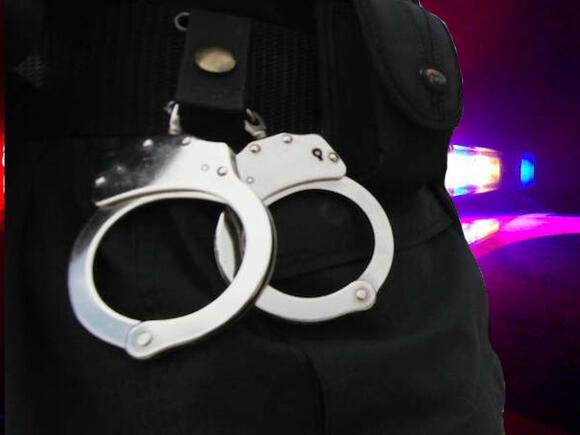 A Buffalo man is facing a charge for allegedly kidnapping a woman at gunpoint in Downtown Buffalo.

The Erie County District Attorney's Office announced 32-year-old Christopher L. Taylor was arraigned Wednesday in Erie County Court on an indictment charging him with one count of kidnapping in the second degree.

According to the district attorney's office, on August 11, 2021 around 9:00 a.m. Taylor allegedly abducted a woman from a parking lot on Pearl Street in Buffalo by forcing her into his vehicle at gunpoint, put a blindfold on her and drove her to an unknown residence.

Taylor then allegedly drove the woman to two bank locations where he forced her withdraw money from an ATM. The district attorney's office said the transactions were denied and Taylor allegedly drove to Wick Street and allowed the woman to exit his vehicle. During the course of the incident Taylor allegedly removed her cell phone and bank card from her purse and placed her purse in a garbage tote on Wick Street.

Taylor is scheduled to return to court on November 12 for motions and remains held without bail. If convicted of all charges, he faces a maximum of 25 years in prison.

it's about time they have plain clothes officers around unsafe areas, and other potential ideas like this....... an unbelieve situation.

Suspect arrested in connection with barbershop murder in Niagara Falls

A man is in police custody, charged with the murder of a barber in Niagara Falls.
NIAGARA FALLS, NY・12 HOURS AGO
WKBW 7 News Buffalo

A Genesee County man was arrested after allegedly assaulting a person by shoving them, which caused them to break their foot, while yelling racial slurs.
GENESEE COUNTY, NY・1 DAY AGO

A Pennsylvania man was arrested for allegedly driving while intoxicated, causing a hit and run crash with three children in the car in Allegany County.
ALLEGANY COUNTY, NY・1 DAY AGO
WKBW 7 News Buffalo

A Buffalo man has pleaded guilty to throwing a burning basket into Buffalo City Hall in May 2020.
BUFFALO, NY・5 DAYS AGO

In a post on the department's Facebook page police said the incident occurred at Sonic on September 29 around 8:40 p.m.
CHEEKTOWAGA, NY・4 DAYS AGO
WKBW 7 News Buffalo

A Kenmore man has pleaded guilty to one count of manslaughter in the second degree for driving drunk and causing a deadly crash in South Buffalo.
BUFFALO, NY・6 DAYS AGO
WKBW 7 News Buffalo

A spokesperson for the school district said the bus was at a red light near Humboldt Parkway and East Ferry Street when a car ran a red light and hit the front driver's side of the bus.
BUFFALO, NY・3 DAYS AGO

According to police a 20-year-old Amherst man hit another man who was standing in the roadway at the Kensington Expressway just after the East Tupper Street ramp around 2:30 a.m. Sunday and later notified police.
BUFFALO, NY・7 DAYS AGO
WKBW 7 News Buffalo

Buffalo Police are looking for leads in connection to the city's most recent shooting.
BUFFALO, NY・8 DAYS AGO
WKBW 7 News Buffalo

A man has died after he crashed into a car while riding his motorcycle in Niagara Falls Sunday.
NIAGARA FALLS, NY・7 DAYS AGO
WKBW 7 News Buffalo

Police said the crash occurred in the area of 1156 Hopkins Road near Billy Wilson Park and caused the bus to roll over.
AMHERST, NY・5 DAYS AGO
WKBW 7 News Buffalo

New York State Police say a Massachusetts woman was arrested for allegedly attempting to bring a stolen gun from Michigan into Canada at the Lewiston-Queenston Bridge.
LEWISTON, NY・9 DAYS AGO
WKBW 7 News Buffalo

BUFFALO, N.Y. (WKBW) — Buffalo police say a 44-year-old Cheektowaga man is dead after a hit and run driver crashed their car into him while riding his motorcycle in Buffalo Thursday night. Investigators say the crash happened around 9:30 p.m. Thursday at Genesee Street and Rapin Place in Buffalo. The...
BUFFALO, NY・9 DAYS AGO
WKBW 7 News Buffalo

Mob hitman to be released from prison after 35 years

Luciano Spataro, a mob hitman, had been convicted of second-degree murder, crime solicitation in the second degree and suspected of even more from 1984 to 1986. He was sentenced to 25 years to life, but now, all these years later, he’s getting a chance at freedom.
EDEN, NY・6 DAYS AGO