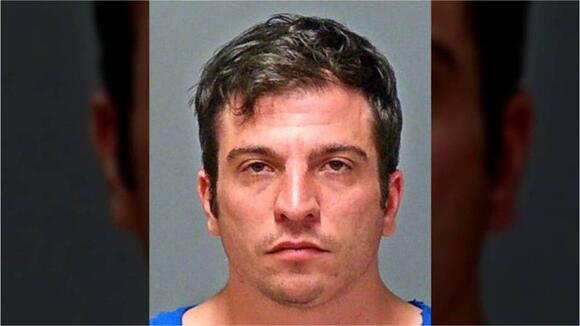 MANCHESTER, N.H. — A New Hampshire father has been arrested after police said he put his infant daughter in a clothes dryer and turned it on.

Police have charged Michael Higgins, 34, with reckless conduct, endangering the welfare of a child and criminal threatening, according to information Manchester Police shared on Facebook.

Police said they responded to a home on Sept. 12 for a domestic incident. They said a man and woman had been arguing, but it did not turn physical. However, during the course of the investigation, the woman said Higgins had put their baby daughter into the clothes dryer on Sept. 8 and turned the machine on.

The mother said she quickly intervened and removed the baby from the appliance. The child did not appear to have any injuries, police said.

Higgins was arraigned on Monday and a judge held him without bail, The Associated Press reported.

he looks like an evil man. why don't we start taking the right to have children away from people who abuse children? Men AND women! vasectomies AND tubal ligations!!!

can we go dark ages on him? pull out a few fingernails, peel the skin from the souls of his feet, yno cool stuff

HAMPTON, S.C. — Warrants released on Saturday detail how South Carolina attorney Alex Murdaugh “coordinated” a death settlement for the family of his housekeeper and kept more than $3 million for himself. Murdaugh, 53, of Hampton, is accused of misappropriating funds stemming from the death of Gloria Harriott Satterfield, the...
HAMPTON COUNTY, SC・1 HOUR AGO
WSOC Charlotte

In a reversal of information, police in Norway now say that the man who killed five people in Norway last week used “stabbing weapons,” not a bow and arrows as police initially told media outlets. Police inspector Per Thomas Omholt made the revelation during a news conference Monday, nearly a...
PUBLIC SAFETY・3 HOURS AGO
WSOC Charlotte

CHARLOTTE — An elderly man who police had been searching for throughout the morning has been found safe. According to the Charlotte-Mecklenburg Police Department, 86-year-old Edward Trapp was reported missing by his family on Monday morning. CMPD said Trapp’s family was worried about his safety. Trapp, who was last spotted...
CHARLOTTE, NC・6 HOURS AGO

BRUNSWICK, Ga. — (AP) — Jury selection got underway Monday in Georgia, with hundreds of people ordered to report for what could be a long, laborious effort to find jurors in the trial of three white men charged with fatally shooting Ahmaud Arbery as he was running in their neighborhood.
BRUNSWICK, GA・37 MINUTES AGO