You’re Not That Guy, Pal: Diddy Responds To Jermaine Dupri’s Verzuz Call Out & Respectfully Tells Him To Kick Rocks 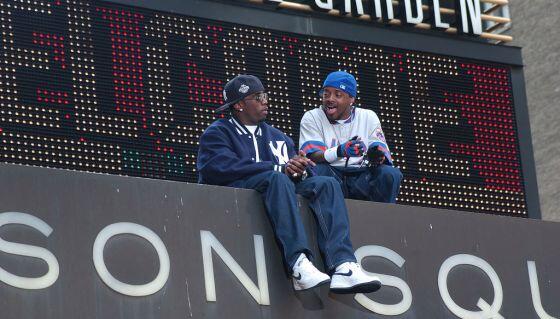 Diddy responds to Jermaine Dupri’s Verzuz call out and downplays JD’s hit-making track record, telling him he can’t compete with him. 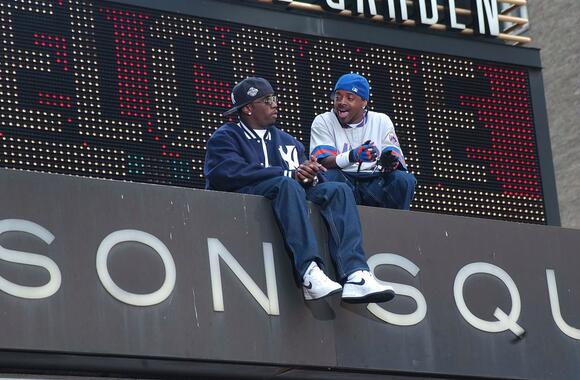 Last night we enjoyed another carefully curated NYC-heavy Verzuz set up for New York to celebrate two of their legends. Fat Joe squared off against Ja Rule and while the early bets placed Fat Joe as a favorite to win, Ja showed people never count him out. While many couldn’t wait to remind everyone 50 Cent deflated Ja Rule’s career, we all were reminded Ja has RECORDS. Not just records, but GREAT RECORDS that have stood the test of time and will be getting spins way after all of us are gone. Even if he is the Fyre Fest guy to a whole new generation, it was good to revisit some of his records and reminisce.

Shortly after the Verzuz, Jermaine Dupri was inspired and ready to set up a match of his own, taking to social media to call out Diddy for a 20 vs 20 hit battle. In his mind, he probably saw this going differently because the two of them are both legends and have the records for a great Verzuz. However, when Diddy replied, he gave us the most professional shade we’ve seen this year. Don’t let Diddy’s reply make you forget who JD is and that he produced back-to-back classics for Usher and Mariah Carey.

You can peep Diddy’s reply below and determine if he meant to shade the Atlanta legend yourself.

Do YOU agree? Is Dr. Dre the only person who could go against Diddy in a Verzuz?

Usher is now a proud member of the father of four club after welcoming his second child with his girlfriend, Jenn Goicoechea. On Tuesday (October 12), the R&B legend took to Instagram to announce the birth of his newborn son, who arrived on September 29. “Hi my name is Sire...
CELEBRITIES・10 DAYS AGO
hotnewhiphop.com

Curren$y Spitta and Jermaine Dupri are vets in the rap game. Both in their 40s, the New Orleans rapper and Atlanta produer/record executive have racked up long lists of accomplishments but, like we've seen with Jay-Z's 4:44 back in 2017 and Nas' impressive three record run from 2018 until 2021 (Nasir, King's Disease, King's Disease 2), 40 is the new 30 and a lot of these older rappers and producers are making resurgences back into the mainstream.
MUSIC・11 DAYS AGO
HipHopDX.com

Curren$y is the king of collaborative projects, having teamed up with everyone from Wiz Khalifa and Smoke DZA to The Alchemist and Harry Fraud for full-length releases. But there’s one name Spitta is especially excited about working with — and that’s Jermaine Dupri. Last week, the Jet Life general and...
MUSIC・11 DAYS AGO
hotnewhiphop.com

Their longstanding friendship has often caused Bow Wow and Angela Simmons to face romance rumors, but the pair have insisted that there is nothing more than a platonic relationship between them. However, back when they were young teenagers, Bow and Angela were an item, but like many in their youth, their love did not last.
CELEBRITIES・4 DAYS AGO

After Fat Joe called DaBaby the 2Pac of 2021 in an interview with Rap City ‘21, DaBaby has finally gotten wind of the praise and issued a response on Instagram. “Agreed,” DaBaby wrote on Instagram with a thumbtack emoji. “But they gone salt that down to Crack,” he wrote with a shhh, quiet emoji.
CELEBRITIES・11 DAYS AGO
Ok Magazine

Drake Allegedly Lawyered Up To Get His 'Degrassi' Character Out Of Wheelchair After Rapper Pals Called Him 'Soft,' Says Writer

Drake previously lawyered up to get his Degrassi: The Next Generation character of out his wheelchair after his rapper pals made fun of him, a former writer for the show claimed. Article continues below advertisement. Speaking to "The AV Club" in an interview, published Thursday, October 14, writer James Hurst...
CELEBRITIES・8 DAYS AGO
MadameNoire

Alicia Keys said there's no bad blood towards Lil' Mama over her storming the stage back in 2009.
NEW YORK CITY, NY・2 DAYS AGO
Complex

Rick Ross’s ex-girlfriend and the mother of his three children, Briana Camille, seems ready to open up about her legal battle with the rapper in her new reality show Getting Back to Bri. A new trailer for the shows an Instagram story of Ross talking about being the father of...
CELEBRITIES・3 DAYS AGO

Bun B Says Diddy Wanted to Sign UGK to Bad Boy, Is Still Open to a ‘Verzuz’ With 8Ball & MJG

In the latest portion of his interview with B High ATL, UGK’s Bun B said Diddy wanted the group to sign to Bad Boy Records at one point. When discussing his collaborative relationship with 8Ball & MJG, Bun B said that Diddy was interested in having both them and UGK signed to Bad Boy South at the same time. “That was interesting times, because Bad Boy wanted UGK at the same time,” he explained past the seven minute-mark of the interview.
CELEBRITIES・5 DAYS AGO
hotnewhiphop.com

For the last few months now, Boosie has been occupying himself with the antics of Lil Nas X. The "Old Town Road" rapper has always been open about his sexuality and he isn't afraid to display it in his music videos, or on social media. Unfortunately, this has brought forth a lot of bizarre criticism, including claims that Lil Nas X is trying to turn the next generation of men, gay. Boosie has been perpetuating these critiques and whenever Lil Nas X so much as opens his mouth, you can be sure Boosie will have something to say.
CELEBRITIES・4 HOURS AGO
iHeartRadio

Cardi B is being accused of throwing subliminal shade towards Nicki Minaj's family after an account dedicated to The Queen Barb seemingly harassed her over her bottle brawl case on Twitter.
CELEBRITIES・3 DAYS AGO

Big Sean finally made it over to Power 106's LA Leakers, where he delivered a highly-anticipated freestyle for almost 10 minutes straight.
CELEBRITIES・2 DAYS AGO
RNB Cincy 100.3

Check out what's going on today in music, movies and more on the "Hot Spot" with Da Brat!
ATLANTA, GA・2 DAYS AGO