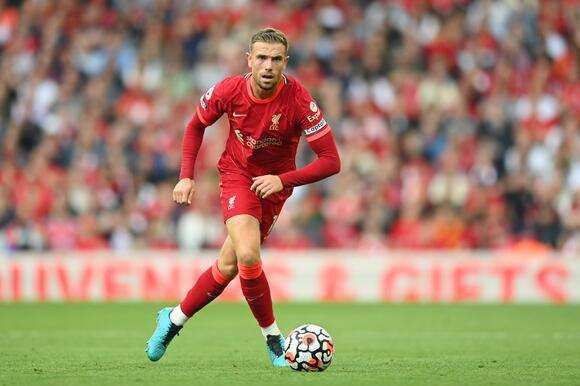 The Champions League continues tonight and Premier League side Liverpool start their group campaign at home to AC Milan .

Despite the two clubs being among the most successful handful of teams in European Cup history, they have only ever met twice in competitive games - the 2005 and 2007 Champions League finals.

This occasion, then, will be a rather different one and a first visit for the Serie A giants to Anfield. Neither one has lost a match yet this term, with Jurgen Klopp’s Reds in the group level on points at the top of the Premier League and the Rossoneri similarly positioned in Italy’s top flight.

This fixture marks a return for Milan to Europe’s top competition after a nine-year absence, while Liverpool were champions in 2019 and exited last year at the quarter-final stage against Real Madrid.

They’ll be hoping to go further this year, though, given the defensive absences through injury they had to cope with at the time and the subsequent signing of Ibrahima Konate to boost their ranks.

Here is all the information you need ahead of the Champions League clash.

The match will kick-off at 8pm on Wednesday, 15 September at Anfield Stadium.

The fixture is available to watch on BT Sport 2 and subscribers can stream the game on the app and website.

If you’re not a BT customer you can grab a NOWTV Day Pass here to watch without a subscription. We may earn commission from some of the links in this article, but we never allow this to influence our content.

Liverpool will be without Harvey Elliott after he suffered a horror ankle injury in the Reds’ Premier League match against Leeds on Sunday. Roberto Firmino is also likely to miss out through injury.

For AC Milan, it’s uncertain whether Olivier Giroud will feature after his time out with Covid. Tiemoue Bakayoko is an injury worry, while Rade Krunic will miss out.

It will be a close game, with both clubs being able to use the majority of their stars in the Champions League clash. But with the Reds at home they will have the slight edge to take this one at the death. Liverpool 2-1 AC Milan .

Watford vs Liverpool live stream: How to watch Premier League fixture online and on TV today

Claudio Ranieri returns to the Premier League this weekend as he takes charge of his first game as Watford manager.The Hornets host a fiersome Liverpool side who can go back to the summit of the table if they leave Vicarage Road with three points.Watford have failed to build on their win over Norwich as they laboured to a 1-1 draw with Newcastle and then succumbed to Leeds before the international break.FOLLOW LIVE: Watford vs Liverpool build-up, team news, line-ups and more todayIf they continue with that poor form against Liverpool then they will be punished and could well be on...
PREMIER LEAGUE・4 DAYS AGO
LFCTransferRoom

Liverpool take on Watford in a Premier League clash at Vicarage Road on Saturday in a 12.30BST kick off and LFC Transfer Room can now bring you the confirmed line ups. Jurgen Klopp's team will be hoping to get the victory to take them back to the top of the table at least temporarily with leaders Chelsea facing off against Brentford in today's late game.
PREMIER LEAGUE・4 DAYS AGO
90min.com

Liverpool travel to Spain to face Atletico Madrid in the Champions League this week, looking to maintain their perfect start to the group stage. Jurgen Klopp has seen his team return to their best form in a spectacular way so far this season and they are only point off the pace in the Premier League, as well as taking maximum points in Europe so far.
PREMIER LEAGUE・2 DAYS AGO

How to watch 2021-22 Champions League in India: Teams, fixtures, TV channels and streams

Goal tells you how to catch the LIVE action of Europe's top club competition from India... Champions League mid-week action is always one to look forward to. After going down 2-0 to Paris Saint-Germain in Group A, Manchester City will be looking for redemption when they face Club Brugge. Liverpool...
WORLD・4 DAYS AGO
SkySports

The Champions League is back in action on Tuesday on Paramount+. We’re heading into Matchday 3 of the Champions League group stage, and AC Milan will be playing Porto at 3 p.m. ET Tuesday, Oct. 19 at Estadio Do Dragao. AC Milan is coming off of a 2-1 defeat to Atletico Madrid. Similarly, Porto lost 5-1 to Liverpool three weeks ago. Right now, AC Milan (zero points) is last in Group B, while Porto (one point) is in third place in the group. Recall that only the top two teams in the group will advance to the knockout phase.
UEFA・1 DAY AGO
firstsportz.com

Porto vs AC Milan: Portugal based “Estádio do Dragão” will host the upcoming Group B encounter of the Champions League between Porto and AC Milan. The two teams have had a poor run and poor luck in the competition. However, Porto are blessed with a point of a draw while AC Milan have lost both their games and are placed at the bottom of the table.
UEFA・1 DAY AGO

PORTO, Portugal (AP) — Unbeaten in Serie A, AC Milan can’t find a way to win in the Champions League. Making their first group-phase appearance in eight years, the Rossoneri were beaten 1-0 at Porto in Group B on Tuesday for their third straight defeat in the competition.
UEFA・1 DAY AGO
BBC

It was a game that began with fireworks and ended without a handshake. Atletico Madrid manager Diego Simeone's decision to head down the tunnel without shaking the hand of Liverpool counterpart Jurgen Klopp was perhaps not the most dignified ending to Wednesday's match, but it took nothing away from what was a frantic and ferocious Champions League encounter.
PREMIER LEAGUE・1 DAY AGO
Tribal Football

AC Milan coach Stefano Pioli insists Champions League qualification isn't over after defeat at Porto. The 1-0 loss means Milan are still to gain a point in their group. "Clearly, incidents can decide a result, but our performance was not good today. Our opponents did better, were sharper, more precise, had more intensity," Pioli told Mediaset.
UEFA・1 DAY AGO
NJ.com

FC Porto faces AC Milan in a UEFA Champions League group stage match on Tuesday, October 19, 2021 (10/19/21) at the Estadio do Dragão in Porto, Portugal. Fans can watch the match for free via a trial of Paramount+ or fuboTV (spanish-language feed only). Here’s what you need to know:
UEFA・1 DAY AGO

"Manchester United remain a team of individuals rather than a team. Cristiano Ronaldo has added to that rather than fixed it," said Jamie Carragher.
PREMIER LEAGUE・1 DAY AGO
kfgo.com

Soccer-Milan not giving up hope after difficult Champions League return

ROME (Reuters) – When AC Milan ended an eight-year wait to qualify for the Champions League last season, it was lauded as a return to the continental elite for the seven-time European champions. But just three games into their campaign, the Rossoneri face a momentous task to avoid elimination after...
UEFA・19 HOURS AGO
Daily Mail

Antoine Griezmann receives his first Champions League red card for high foot on Roberto Firmino... after Atletico Madrid forward had scored twice to bring his side level against Liverpool

Antoine Griezmann went from Atletico Madrid hero to zero after receiving a straight red card against Liverpool for a high foot on Roberto Firmino. The 30-year-old had scored twice for Diego Simeone's men to bring them back on level terms after Liverpool's early blitz at the Wanda Metropolitano. But after...
PREMIER LEAGUE・1 DAY AGO
CBS Sports

The UEFA Champions League returned on Tuesday this week with eight Matchday 3 games and Wednesday has another eight matches. There are plenty of enticing showdowns as always, with Manchester United vs. Atalanta, leading the way as Barcelona and Chelsea are also in action. Following this week's games, the 32 remaining teams will be at the halfway point of the group stage with just nine more points up for grabs ahead of the knockout stage.
UEFA・1 DAY AGO
The Independent

Liverpool goalkeeper Alisson Becker praised Jurgen Klopp for being a “maestro” in the dressing room but the Liverpool manager admits he probably got his team selection wrong against Atletico Madrid.The Reds won an enthralling encounter in the Wanda Metropolitano 3-2 to make it three wins from three and take a five-point lead in their Champions League group.It was not without its mishaps, however, as they squandered a 2-0 lead before half-time with momentum switching to the hosts.That was when Klopp got to work, making his first tactical change by replacing Naby Keita with the more defensively minded midfielder Fabinho.“I believe...
PREMIER LEAGUE・17 HOURS AGO
Sports Illustrated

Liverpool Continues to Play as Advertised—for Better or Worse

Liverpool's attack was still firing vs. Atlético Madrid, but its inconsistency elsewhere is leaving plenty to be desired in its quest to lift trophies once again.
PREMIER LEAGUE・1 DAY AGO