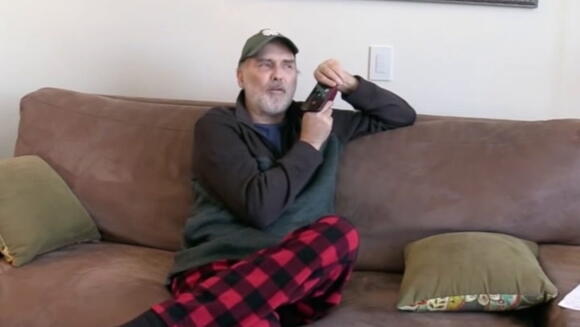 A statement issued by his management team confirmed that the comedy legend has been suffering from an undisclosed cancer for more than nine years.

The statement read: “He was most proud of his comedy. He never wanted the diagnosis to affect the way the audience or any of his loved ones saw him. Norm was a pure comic.”

The death of the much loved actor and comic, who passed away on Tuesday (14 September), has prompted an outpouring of love on social media by various colleagues and contemporaries.

Seth Rogen led the tributes by writing on Twitter: “Oh f**k. I was a huge fan of Norm Macdonald and I essentially ripped off his delivery when I first started acting. I would stay up specifically to watch him on talk shows. He was the funniest guest of all time. We lost a comedy giant today. One of the the all time greats. RIP.”

Steve Martin wrote on Twitter: “We loved Norm Macdonald. One of a kind.”

Shaun of the Dead director, Edgar Wright, also tweeted his condolences: “Of the many addictive rabbit holes you can disappear down on the internet, the most pleasurable is ‘Norm MacDonald chat show appearances’. Thanks for all the laughs Norm, very sorry to see you go.”

Jim Carrey also added his voice to the tributes: “My dear friend Norm MacDonald passed after a brave 10 year battle. He was one of our most precious gems. An honest and courageous comedy genius. I love him.”

Chat show host and former writer on The Simpsons , Conan O’Brien commented: “I am absolutely devastated about Norm Macdonald. Norm had the most unique comedic voice I have ever encountered and he was so relentlessly and uncompromisingly funny. I will never laugh that hard again. I’m so sad for all of us today.”

The Roots drummer Questlove tweeted: “I love the science of comedy. Comedy nerds know that the one step beyond The Aristcrats was the time Norm Macdonald decided to commit to doing a kitschy mediocre roast for Bob Saget. It was beyond trolling”

Fellow comedian, Anthony Jeselnik, joked: “Battling cancer for 9 years without telling anyone is the most Norm Macdonald s**t ever.”

Family Guy creator Seth MacFarlane posted: “To so many people in comedy, me included, there was nobody funnier than Norm MacDonald. You always hoped he would hang around after the work was done, just so you could hear his stories and get a laugh. So hilarious and so generous with his personality. I’m gonna miss him.”

Fellow comedy legend, Albert Brooks, tweeted: “RIP Norm Macdonald. I never got a chance to know him but he made me laugh so many times with his brilliant wit and delivery. Comedy lost a great one today.”

Ken Jeong, star of The Hangover , posted: “In such a divisive time even among comedians, we can all agree Norm MacDonald was the best. Rest In Peace.”

Comedian and actor, Whitney Cummings also tweeted: “Norm is the pinnacle of bravery and originality.”

In the opening episode of the new season of Saturday Night Live, cast members paid tribute to former SNL cast member Norm Macdonald. Macdonald died last month (14 September) age 61, after a long illness with cancer. He was one of the most popular members of the long-running comedy show, often hosting the show’s ‘Weekend Update’ slot.Michael Che and Colin Jost devoted the final minute of their sketch to classic moments from the comedian. These included jokes about Bill Clinton’s marriage, a poorly planned airport and a building climber known as ‘Snakeman”. The montage closed with a clip of...
CELEBRITIES・14 DAYS AGO
Daily Beast

When he appeared on “Weekend Update” during Saturday Night’s Live’s 47th season premiere this week, Pete Davidson paid tribute to the late Norm Macdonald with his t-shirt. Fortunately, that wasn’t the only way the show honored the show’s all-time best “fake news” anchor, who succumbed to cancer last month. “Guys,...
CELEBRITIES・14 DAYS AGO
IGN

Saturday Night Live's season premiere included a touching tribute to late comedian Norm Macdonald. Weekend Update hosts Colin Jost and Michael Che honored Macdonald on Saturday, playing clips of some of his best moments on SNL. Jost also credited Macdonald as the reason he wanted to do Weekend Update in the first place.
TV SHOWS・13 DAYS AGO
The Whale 99.1 FM

The comedy world was shocked last month with the announcement of the death of Norm Macdonald. Macdonald died after a decade-long battle with leukemia. Worried how his diagnosis would affect his comedy and how he was perceived, Macdonald kept his diagnosis secret from all but his closest friends and family. When Macdonald’s passing was revealed in mid-September, he was only 61 years old.
CELEBRITIES・14 DAYS AGO

Seth Rogen can't do anything casually. The actor may have gotten his start in Hollywood by bringing his very particular brand of stoner comedy to the big screen, but in real life, he's become a prolific creator. Things that would be hobbies for most (throwing pottery, smoking weed, writing in a diary) are successful businesses for Rogen (Houseplant, his memoir Yearbook). His latest creative endeavor is a podcast, but, true to form, it's a highly stylized, highly realized podcast that's more audio documentary than celebrity interview show.
CELEBRITIES・11 DAYS AGO
art19.com

© Forever Dog Podcast Network. All Rights Reserved. Website. Podcasting icons Julie Klausner (Difficult People) and Tom Scharpling (The Best Show) team up for a fun show where they have fun and you have fun and everybody has fun. Each week, Tom and Julie careen through the best and worst of pop culture, giving the business to blockhead celebrities, rescuing shoddy podcasts, exploring obscure American subcultures, watching clips from the classics (The Munsters, Pee Wee’s Big Adventure, etc), and hanging out with amazing guests, all in the name of keeping each other sane and making each other laugh. Produced by the Forever Dog Podcast Network.
TV & VIDEOS・12 DAYS AGO
PennLive.com

“Saturday Night Live” aired a tribute to former Weekend Update anchor Norm Macdonald during this week’s premiere of its 47th season. After swapping jokes as usual Saturday about the week’s biggest headlines, current Weekend Update hosts Colin Jost and Michael Che took a moment to honor their beloved predecessor, who died last month at age 61 after a private battle with cancer.
NFL・13 DAYS AGO
Lancaster Online

I had just finished an interview with Christopher Saam, a local comedian and recent contestant on a nationally televised game show, when I saw a text from my wife. She texted to tell me that my favorite comedian Norm Macdonald had just died from cancer at age 61. During our interview, Saam mentioned that he thought a good comedian not only made you laugh but made you think. That’s probably why Macdonald was my favorite comedian.
CELEBRITIES・7 DAYS AGO

“Saturday Night Live” kicked off its 47th season with host Owen Wilson Saturday night, and the show did not disappoint. Wilson, an actor best known for comedic roles in movies like “Wedding Crashers,” allowed his humor and quirkiness to shine throughout each sketch. The 52-year-old even had support in the audience from his brothers, actors Luke and Andrew Wilson.
PUBLIC HEALTH・14 DAYS AGO
Outsider.com

Lucille Ball’s daughter, Lucie Arnaz, is paying her respects to a beloved cast member that once appeared on “The Lucy Show.”. While Ball was known for her hilarious antics on “I Love Lucy” with Desi Arnaz, she had other ventures after the still-loved sitcom. She starred in “The Lucy Show” from 1962 to 1968 alongside other icons like Gale Gordon and Vivian Vance. Amongst those stars was James (Jimmy) Garrett.
CELEBRITIES・28 DAYS AGO
atchisonglobenow.com

Jake Gyllenhaal fancied Jennifer Aniston so much it was "torture" doing love scenes with the actress. The pair starred together in 2002 film 'The Good Girl' and the 40-year-old star says it wasn't easy because of his real life crush on the 52-year-old 'Friends' actress. Speaking during an interview with...
CELEBRITIES・12 DAYS AGO
Popculture

The number one movie on Netflix's Top 10 Movies in the U.S. chart is surprisingly not a Netflix original. The spot is held by the 2012 thriller Safe House, starring Denzel Washington and Ryan Reynolds. The film also holds the number two slot on Netlfix's overall top 10 charts, just behind the British series Sex Education, which had its third season released on Friday.
MOVIES・29 DAYS AGO

‘The Andy Griffith Show’: Ron Howard Says Griffith Was in ‘Genuine Pain’ Over His Marriage During the Show

Now in their 60s, Ron and Clint Howard’s public childhood is now delivering again in the form of a new memoir titled “The Boys: A Memoir of Hollywood and Family.” But, of course, the famous brothers have their fair share of knowledge on both topics as they grew up sharing the stage in Hollywood. The two co-wrote the book and offered a number of perspectives on their careers growing up and their experiences.
CELEBRITIES・5 DAYS AGO
Fox News

Ron Howard knows exactly who he wants to see tackle his role of Richie Cunningham in a "Happy Days" revival. The filmmaker and actor sat down with his brother, fellow performer Clint Howard, and opened up about the constant questions he often hears from fans who remain excited at the prospect of seeing the show come back.
CELEBRITIES・4 DAYS AGO
Fox News

She didn’t use her basic instinct. After Jonah Hill politely asked his followers on Instagram not to comment on his body — good or bad — actress Sharon Stone posted a comment, asking, "Can i say you look good cuz u do," with a fire emoji. The comment from Stone’s...
CELEBRITIES・2 DAYS AGO
talesbuzz.com

Kevin Hart‘s ex-wife Torrei Hart candidly discussed the breakthrough she achieved after experiencing a very public divorce with the actor during an interview with “The Real.”. The exes were married in 2003 and finalized their divorce in 2011, following infidelity on Kevin’s part. The comedian ultimately married his second wife,...
RELATIONSHIPS・1 DAY AGO
Outsider.com

Ron Howard and Henry Winkler’s relationship on Happy Days remains a classic, wholesome friendship between on-screen characters. However, it appears Ron Howard was so anxious about Arthur “The Fonz” Fonzarelli’s popularity he lost his hair. In his memoir, The Boys: A Memoir of Hollywood and Family, Ron Howard and his...
CELEBRITIES・5 DAYS AGO
Newsweek

These famous couple have bucked the Hollywood trend.
RELATIONSHIP ADVICE・20 DAYS AGO
Popculture

It has been nearly 12 years since beloved actress Brittany Murphy died unexpectedly, and now a new documentary is detailing the chilling details of her final days. The film is titled What Happened, Brittany Murphy?, set to debut Oct. 14, on HBO Max. In the documentary, several people from Murphy's life are interviewed about the late star — PEOPLE reports — including Makeup artist Trista Jordan, who worked with her on 2009's Something Wicked, Murphy's final film. "Her eyes were so sunken, and she just seemed so sad," Jordan recalled. "She wasn't herself. She was in so much pain. She had Bambi legs and couldn't stand up."
MOVIES・10 DAYS AGO