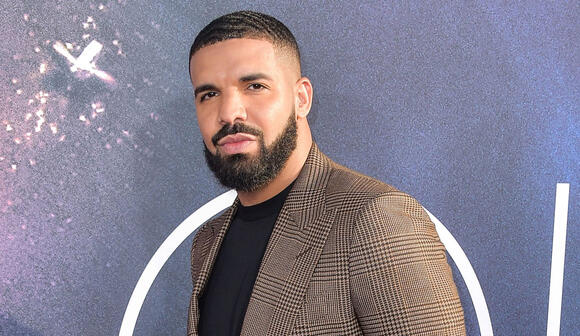 After months of delay, Drake ‘s sixth studio album “Certified Lover Boy” was released on September 3, and unsurprisingly it has debuted at number-one on the Billboard 200 with the most successful week for any album since Taylor Swift ‘s “ Folklore ” last summer. That pushes last week’s top album, Kanye West ‘s “ Donda ,” down to second place.

“Certified Lover Boy” launched with a remarkable 613,000 equivalent album units, which are calculated by combining album sales, individual track sales, and online streams through platforms like Spotify and Apple Music. Hip-hop artists in general — and Drake in particular — tend to accumulate their units primarily through streaming, and “Lover Boy” is no exception. In fact, the collection’s 562,000 streaming units (based on more than 743 million streams) would have been more than enough on their own to make this the biggest album of the year — having 21 tracks on his album to play through surely didn’t hurt. What’s more, Drake and Swift are the only artists who have posted numbers this high or higher over the last five years.

West’s “Donda” is a distant second with 141,000 album units after debuting last week with more than 300,000 . Meanwhile, veteran rockers Iron Maiden had the highest debut of their careers with “Senjutsu” at number-three with 64,000 units, of which 61,000 are from album sales. So Iron Maiden actually sold more albums than Drake did despite Drake wiping the floor with everyone on online platforms. Rounding out the top five are a couple of familiar faces: Olivia Rodrigo ‘s “ Sour ” at number-four (61,000 units) and Doja Cat ‘s “Planet Her” in fifth place (49,000 units).

PREDICT the Billboard 200 now; change them until Thursday night

Be sure to make your predictions so that artists can see how they’re faring in our racetrack odds. You can keep changing your predictions until just before the next tracking week begins every Friday. You’ll compete to win a spot on our leaderboard and eternal bragging rights. See our contest rules and sound off with other fans in our music forum . Read more Gold Derby entertainment news .

It feels like the hip-hop media landscape has been dominated by Birdman for the last few days, following his recent interview on the Big Facts Podcast. The Cash Money Records great dropped plenty of gems during the podcast, including anecdotes about how he handed over nearly $1.5 billion to Lil Wayne, Drake, and Nicki Minaj, Lil Wayne only being suitable to battle himself on Verzuz, nearly signing Kanye West as a producer, and much more. Now, let's dive into the claims he made about being more accomplished than just about everybody, including JAY-Z and Diddy.
CELEBRITIES・22 DAYS AGO
Complex

Everytime Drake drops new music, the world listens. Now with his latest album Certified Lover Boy spending 3 weeks at #1 on the Billboard charts and selling over one million units to date, it’s safe to say “Papi’s Home.”. From “Ice Melts” on More Life to “Blue Tint” on Scorpion...
MUSIC・5 DAYS AGO
UPI News

Oct. 2 (UPI) -- Rapper Drake's Certified Lover Boy is the No. 1 album in the United States for a third week. Coming in at No. 2 on the Billboard 200 chart dated Saturday is Li Nas X's Montero, followed by NCT 127's Sticker: The Third Album at No. 3, Kanye West's Donda at No. 4 and Olivia Rodrigo's Sour at No. 5.
CELEBRITIES・14 DAYS AGO

NBA YoungBoy’s “Sincerely, Kentrell” Dethrones Drake’s “Certified Lover Boy” To Debut At #1 On The Billboard 200. Hip Hop fans have been on the lookout with speculations on NBA YoungBoy and Drake to see whose album would land the top spot on the Billboard 200, and according to Chart Data, the Baton Rouge artist’s third studio album, Sincerely, Kentrell, was able to outsell Drake’s widely accepted project.
NBA・14 DAYS AGO
hotnewhiphop.com

J. Prince says that Kanye West and Drake are working together to help Larry Hoover, co-founder of Gangster Disciples, who is serving a controversial prison sentence for a murder in 1973 as well as charges of conspiracy, extortion, money laundering, and more. Hoover was sentenced to six life sentences. "IF...
CELEBRITIES・14 DAYS AGO
The Press

Kanye West could be launching a string of Donda-themed tech products. The rapper has reportedly filed a trademark application for a string of tech products with his album - and mother's name - on them, including the likes of computers, tablets, audio speakers and surround sound systems as well as headphones, earphones and wireless headsets, TMZ reports.
MUSIC・13 DAYS AGO
hypebeast.com

Kanye West continues to add to his resume as an innovator with the launch of his own technology company, which will be named after the rapper’s late mother. According to TMZ, West has filed to trademark the word “DONDA” as it pertains to various electronic items including tablets, surround sound systems, and more. Yeezy, who was recently declared a billionaire, is also planning to follow in the footsteps of two of his biggest influences, Steve Jobs and Dr. Dre, with the development of a line of smartwatches, smart glasses, earbuds, and wireless headsets. News of West’s foray into the tech world began...
CELEBRITIES・12 DAYS AGO
HipHopDX.com

Infamous Gangster Disciple co-founder Larry Hoover has been behind bars since 1973 when he was convicted of 19-year-old drug dealer William “Pooky” Young’s murder. While serving his sentence, Hoover was slapped with additional charges of conspiracy, extortion and money laundering in 1995 following a 17-year undercover investigation into his criminal enterprise.
CELEBRITIES・13 DAYS AGO
nowdecatur.com

Yesterday (October 3rd), fans were shocked to see Kanye West flying out of Los Angeles International Airport on a commercial flight. One fan named Goody Grace tweeted about the Kanye spotting, “it’s not everyday you’re boarding a flight to start your first headline tour in 3 years & have a great conversation with a legend. shout out the goat Kanye West & the universe for these moments.”
CELL PHONES・13 DAYS AGO
101.9 KING FM

Since the release of his tenth studio album titled DONDA (after his late mother), Kanye West has jumped back into the spotlight once again. Although he has spent less time in the Cowboy State, it appears he is still doing business here. According to a recent article posted by Cowboy...
CODY, WY・11 DAYS AGO

Drake returns to the rap game with his latest album “Certified Lover Boy,” which was released on Sept. 3. by his record label OVO Sound and Republic Records. The rapper first alluded to a sixth studio album last year, marking its release for the summer of 2020. Many fans were disappointment in the delayed release, which was then pushed back to January 2021. Drake finally unveiled the official album cover by artist Damien Hurst on August 30. Needless to say, I think we were all surprised when the album aired on the anticipated date in September.
CELEBRITIES・10 DAYS AGO
My Magic GR

Lil Durk has people confused with a recent Instagram caption that references Drake and Kanye West's new albums. On Sunday (Oct. 3), Durkio posted a series of photos of himself on his Instagram page. The caption of the post has people scratching their heads. "Ask my bitch I was a CLB before it was a DONDA," he wrote, referring to Aubrey and Yeezy's recently released No. 1 LPs. The statement without context left many people confused. Was it a shot at Kanye? A notice of alignment with Drake amidst Drizzy and Yeezy's latest fallout?
CELEBRITIES・13 DAYS AGO
Us Weekly

Everyone Kanye West Has Had Beef With Over The Years: Drake, Peppa Pig and More

Where’s the beef? Over the years, Kanye West has remained outspoken about his opinions — and he isn’t afraid to stand up against naysayers. While the Yeezy designer and Drake were once close friends and collaborators, the duo’s bond quickly faded after Pusha-T called out the Canada native on his “Infrared” single in 2018, which was produced by West.
CELEBRITIES・7 DAYS AGO
mehlvillemedia.com

TikTok dances, new hairstyles and broken records – all results of Drake’s Certified Lover Boy. The album was one of the most highly-anticipated of the year. Whether this is because of its rescheduled release date (it was supposed to drop in 2020, then got pushed back to January 2021) or the pure loyalty of Drake’s fans is unknown.
MUSIC・8 DAYS AGO
thatgrapejuice.net

Kanye West‘s long-awaited ‘Donda’ album may have been a critical polarizer upon its August unveiling, but the commercial response to the effort has been everything but. After debuting at #1 on the Billboard 200 with one of the year’s highest first-week figures, the set’s been a mainstay inside the chart’s top 10 (even found at #4 this week).
CELEBRITIES・9 DAYS AGO
hypebeast.com

Kanye West has officially earned his first diamond plaque from the Recording Industry Association of America (RIAA) with “Stronger.”. The RIAA certified that the single has sold at least 10 million copies on October 6, 14 years after its release. The cut was first certified gold, platinum and triple platinum in December 2008, four and five-time platinum in May 2013, six and seven-time platinum in February 2015, eight-time platinum in April 2018 and nine-time platinum in September 2020.
CELEBRITIES・9 DAYS AGO
udiscovermusic.com

Kanye West has scored a Diamond certified song for the first time in his career, the Recording Industry Association of America has confirmed. A song or album can only be given Diamond certification once they have passed the 10 million sales mark. West’s “Stronger” has now achieved the feat, 14...
MUSIC・9 DAYS AGO
the buffalo bills

With the recent release of the albums "Donda" and "Certified Lover Boy" Bills players weigh in on which rapper they prefer. Bills on Tap is presented by Labatt Blue Light.
NFL・7 DAYS AGO