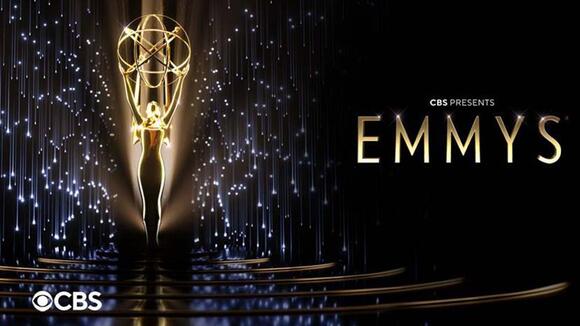 PREVIOUSLY, September 13: With the three-ceremony Creative Arts Emmys in the books , CBS and the Television Academy have set the first batch of presenters for Sunday’s 73rd annual Primetime Emmys show on Sunday hosted by Cedric the Entertainer.

More presenters will be announced during the week, the network and academy said.

With the Creative Arts and juried winners already announced, Netflix has a leading 34 trophies, paced by programs leader The Queen’s Gambit with nine. Disney+ has 13, HBO/HBO Max has 10, and Apple TV+ and NBC are next with seven each.

Netflix’s The Crown and Disney+’s The Mandalorian come into the Emmys with a leading 24 noms apiece. HBO/HBO Max edged Netflix for most total noms by network or platform, 130-129. Disney+ has 71 noms.

Airing at 5 p.m. PT/8 p.m. ET Sunday on CBS and streaming on Paramount+, the Emmycast is produced by Done+Dusted and Hudlin Entertainment. Ian Stewart, Reginald Hudlin, Byron Phillips and Ashley Edens are executive producers. Hamish Hamilton is the director.

Eugenio Derbez, Eva Longoria, Max Pelayo and Reese Gonzales, Veronica Falcón, Isabella Gomez, Luna Blaise and Kevin Alejandro have been set to star in Aristotle and Dante Discover the Secrets of the Universe, a feature film adaptation of Benjamin Alire Sáenz’s YA novel. Aitch Alberto wrote the script and will make her directorial debut on the pic, which is being financing and produced by Limelight alongside 3Pas Studios and Big Swing Productions, in association with Boies Schiller Entertainment. The film counts Derbez, Kyra Sedgwick and Lin-Manuel Miranda among its producers.
MOVIES・8 DAYS AGO
Deadline

The stars of Netflix Western The Harder They Fall will receive the Ensemble Tribute at the 2021 Gotham Awards, the Gotham Film & Media Institute said Monday. Those being honored at the in-person ceremony November 29 at Cipriani Wall Street in New York City include Jonathan Majors, Zazie Beetz, Delroy Lindo, LaKeith Stanfield, Danielle Deadwyler, Edi Gathegi, R.J. Cyler, Damon Wayans Jr., Deon Cole, Regina King and Idris Elba. In the film directed by Jeymes Samuel (They Die by Dawn), Majors’ outlaw Nat Love learns that his enemy Rufus Buck (Elba) is being released from prison. He then rounds up his gang...
MOVIES・1 DAY AGO
Hello Magazine

Catherine Zeta-Jones had fans talking on Tuesday as she shared a super fun video of her family dancing together. "Really in need of some ‘Boogie Nights’ with my family," she captioned the video, adding: "Seems like a lifetime ago that we were able to get down on the dance floor."
CELEBRITIES・14 DAYS AGO

Array, the independent distributor and production company founded by Ava DuVernay, has added six executives to its ranks, president Tilane Jones announced Thursday. Netflix original series exec Anne-Marie McGintee will join as vice president of scripted programming, and Blumhouse’s MJ Caballero will serve as her counterpart in physical production. Both will report to Paul Garnes, president of Array Filmworks.
BUSINESS・12 DAYS AGO
seattlepi.com

Catherine Zeta-Jones lives in a stunning palatial home with her husband, Michael Douglas and their two children, Dylan and Carys – and the star gave a rare glimpse inside her immaculate kitchen on Wednesday. Taking to Instagram to post a glamorous photo of herself, Catherine sat elegantly on her kitchen...
CELEBRITIES・5 DAYS AGO
Extra

Filmmaker Ava DuVernay is taking her documentary skills to unscripted television with her new show “Home Sweet Home.”. Inspired by her neighborhood walks during the pandemic, Ava tells “Extra’s” Rachel Lindsay the show “illuminates what it means to walk a day in someone else’s shoes,” adding it is all about the “intimacy of our family life and inviting other people in.”
TV & VIDEOS・8 DAYS AGO

Ava DuVernay has put her stamp on a new reality TV project, Home Sweet Home. The Oscar-nominated director executive produces the series, which sees 18 families from all different cultural backgrounds swapping houses to see how others live. As DuVernay told ET's Kevin Frazier, she created Home Sweet Home in hopes to show how we just might be more alike than we imagined.
TV SERIES・4 DAYS AGO
Hello Magazine

Catherine Zeta-Jones gave fans a dose of some real theatricality over the weekend with her latest social media post. The actress shared a clip of herself on an episode of The Late Show with Stephen Colbert wearing an incredible outfit, a figure-accentuating blue wrap dress that also showed off her toned legs.
CELEBRITIES・2 DAYS AGO
Deadline

Uma Thurman will join the cast of Showtime’s Super Pumped. The Oscar and Emmy-nominated actress is set to appear opposite Joseph Gordon-Levitt and Kyle Chandler in the first installment of an anthology series from Billions co-creators Brian Koppelman and David Levien. Based on Mike Isaac’s bestselling book Super Pumped: The Battle for Uber, Showtime’s Super Pumped tells the story of the ride-sharing company that stands out as both a marvel and a cautionary tale, featuring internal and external battles that ripple with unpredictable consequences. Pivoting on Travis Kalanick (Gordon-Levitt), Uber’s hard-charging CEO who ultimately was ousted in a boardroom coup, the series...
TV & VIDEOS・14 HOURS AGO
Deadline

Nicole Kidman remains one of the most respected actresses in Hollywood, collecting 14 nominations from the Screen Actors Guild Awards over the past two decades. She has especially racked up nominations for her TV work lately, with “Big Little Lies” netting her first (and thus far only) win in 2018 and an additional drama ensemble bid in 2020, on top of nominations for “Hemingway & Gellhorn” in 2013, “Grace of Monaco” in 2016 and “The Undoing” earlier this year. She will be on the ballot again for the 2022 SAG Awards for her work on another TV project, the Hulu...
CELEBRITIES・12 HOURS AGO
Variety

All products and services featured by Variety are independently selected by Variety editors. However, Variety may receive a commission on orders placed through its retail links, and the retailer may receive certain auditable data for accounting purposes. Some people’s lives are so extraordinary it would feel remiss not to memorialize their stories on the page. When it has a real-life Hollywood ending, even better. Some of the most captivating celebrity memoirs have been published in the last couple of years, with many making their way to the top of dozens of best-seller lists. The latest to join the ranks is Billy Porter’s...
BOOKS & LITERATURE・10 HOURS AGO
Complex

Netflix has shared the first official trailer for the forthcoming series Colin in Black and White, helmed by Colin Kaepernick and Ava DuVernay. The six-episode limited series dramatizes Kaepernick’s childhood as he picks up a football, moving to his eventual success and skyrocketing career as he becomes vocal about his beliefs. The former NFL quarterback and DuVernay met in 2017 when Kaepernick found himself in the spotlight after protesting social injustices on and off the football field. We also get a glimpse into what Kaepernick dealt with as the adopted Black son of white parents in a white community.
NFL・7 DAYS AGO
Deadline

Paramount comedy The Lost City will now open wide three weeks earlier than expected, the studio announced today, as its release date moves from April 15 to March 25, 2022. Pic was previously set to open against Fantastic Beasts: The Secrets of Dumbledore, the third installment in Warner Bros.’ Fantastic Beasts franchise, based on the book by Harry Potter author J.K. Rowling. The weekend of the 25th, however, is otherwise unoccupied. The Paramount feature (formerly titled The Lost City of D) follows a reclusive romance novelist (Sandra Bullock) on a book tour with her cover model (Channing Tatum), watching as the pair get swept up...
MOVIES・1 DAY AGO
hngn.com

Angelina Jolie recently stunned at the premiere of her upcoming movie, "The Eternals." While there, the actress revealed that her children were wearing upcycled clothes straight from Jolie's closet. During her interview with Entertainment Tonight, the mom of six said that she and her kids decided to upcycle her old...
CELEBRITIES・18 HOURS AGO
rollingout.com

“Home Sweet Home” is a very different type of reality series that was created by Emmy-winning and Academy Award-nominated executive producer Ava DuVernay. Instead of the typical negative energy that’s often associated with reality shows, DuVernay allows her cast to literally walk a mile in their neighbor’s shoes. Each episode of “Home Sweet Home” follows two families who lead different backgrounds for a life-changing experience. These families will explore what it’s like to walk a mile in another person’s shoes, challenging racial, religious, economic, geographic, gender and identity assumptions as they exchange homes for a week and experience the lives of those unlike them. At the end of each hour long episode, the two families reunite to share their eye-opening experiences.
TV SERIES・4 DAYS AGO
Variety

ABC has picked up writer and executive producer Ajay Sahgal’s single-cam comedy “The Son in Law” to pilot. News about the show’s development was first announced in January. The series, which hails from 20th Television, is about a “salt-of-the-earth man who finds himself seeking the approval of his new fiancé’s sophisticated parents, even as he is a difficult-to-impress father-in-law to his daughter’s longtime boyfriend.” Co-executive producing alongside Sahgal are Jake Kasdan and Melvin Mar, the duo behind Disney Plus’ teen medical dramedy “Doogie Kameāloha, M.D.,” and ABC’s “Fresh Off the Boat” and “Speechless.” Kasdan’s production banner, The Detective Agency, is producing...
TV SERIES・9 HOURS AGO